Can You Tell the Difference Between Stock Footage and Hollywood Footage?

Directors each have their signature shots, or do they? Creative trademarks like Wes Anderson’s symmetry, Alfred Hitchcock’s zoom-but-not-zoom, and Quentin Tarantino’s trunk shots might be central to their success — but so are the thousands of “normal” frames surrounding these shots: connective tissue often obtained from second units, stock archives, and even other films.

The result is an unrealistic ideal — and one that ignores the very craft of storytelling, which relies upon far more than just money shots.

Seventy-five year later, "Citizen Kane" (1941) is still one of the highest rated and most influential films ever produced, all this in spite of its antiquated production values and hand-me-down footage. Director Orson Welles even “upcycled” an old "King Kong" scene for his beach background (if you look closely, and you’ll notice those aren’t seagulls in the background, but pterodactyls). 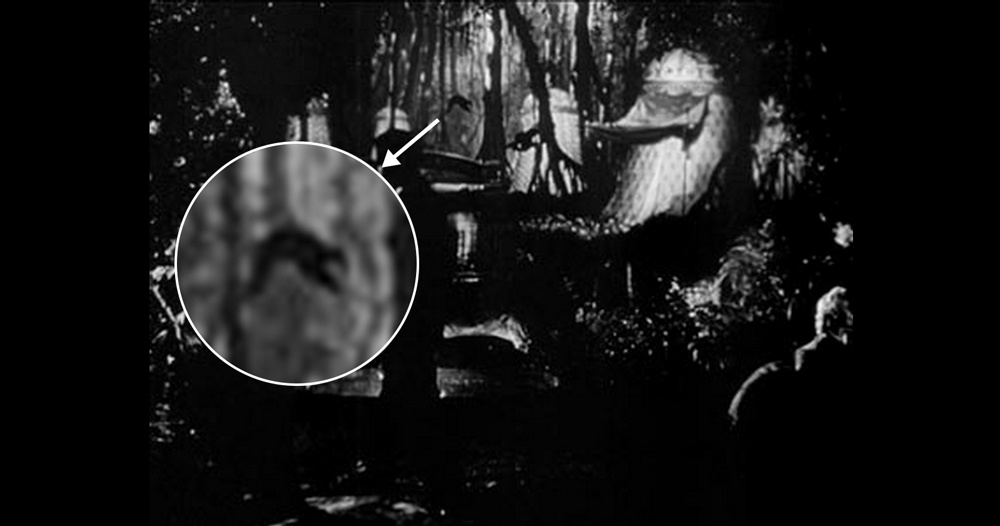 Similarly, Spielberg “raided” aerial footage from "Lost Horizon" (1973) and establishing shots from "The Hindenburg" (1975) for use in "Raiders of the Lost Ark" (1981), and the film remained not just decidedly Spielberg — but enough so to take home four Oscars (amid eight nominations) and become one of the highest grossing films of all time.

All this to say, “I bet you can’t tell the difference” between the iconic footage of Hollywood’s cult films and everyday stock footage, compared below.

How many stock clips did you guess correctly?

That it’s even a challenge to distinguish between "Drive" (2011), which was lauded for its visual aesthetics, and consumer stock footage proves that “the film look” can, indeed, be achieved without the backing of studios.

The equipment you own (or can borrow) and your own backyard are perfectly good starting points.

Footage courtesy of VideoBlocks, the first stock library to offer an unlimited subscription model and 100 percent commission to filmmakers.

Ferris Bueller was the easiest: 30 years of improvements in cine lenses showed itself quite clearly there.

That and the Shining... plus the cars gave it away.

I took a guess with the sharpness on that footage... the guess paid off.

missed the first one. The easiest one to tell was the Shining. I have seen it too many times.

Couldn't tell the difference between the first shot but the rest were easy. Funny thing is I've only seen Topgun from that list of movies.

The video wasn't saying that the stock footage was in the actual films. It just stating that you could use similar stock footage in the films if you need to, and the average individual wouldn't know it was stock.

Is this kinda like asking if we can tell the difference between butter and margarine?...

Yeah... 5/5. Drive was just a lucky guess on my part though. The Shining and Ferris Bueller are pretty easy to tell tbh.

Well...i've guessed all of them...and I could tell the difference. The one showing LA cityscape, that was obvious, the stock image was even stuttering...

My observation was that the Hollywood footage is actually less crisp and less sharp, but with tons of character. Stock is very clean and sterile, like an ad rather than a blockbuster.

I thought that was easy, it's always the footage without clear composition.

A lot of it was because I recognized the style of the films. But thats not to say that these films didn't use stock in the first place, ie: Drive, Ferris Bueller, Top Gun. Most all aerial shot are stock just because they are so expensive especially when involving the military.

umm i found it incredibly easy to tell each one, just look for the one has too much colour correction, for the older clips looks for smoothness of shots(ie. no gimbals)

I feel like so many of these are too easy, mostly because the hollywood footage was from 20+ years ago, so it's pretty obvious. The other is 127 hours... one guy is clearly not James Franco lol.

5/5 right, really not that hard. It's in the details, framing, movement of the camera and of course quality :)) Only the first was little bit harder

the examples in the article are not using stock footage though,
footage from one movie to another.

Only one I missed was drive, while there's not a huge difference in image quility I found subtle differences in movement, subject and overall composition.

30-40 years ago there were not such a great lenses and equipment. Too easy to guess. You can feel cinematic/hollywood look not always because it's perfect shot.