It's not the famous Moulton Barn in Jackson Hole and those definitely aren't the Tetons rising majestically in the background, yet this image of a barn in Idaho is perhaps more impressive. Not because of what it is, but what it represents in the form of the Carol Highsmith Archive.Carol Highsmith is a veteran photographer and has regularly donated her work to the Library of Congress. The collection currently stands at some 61,000 images but is expected to grow to over 100,000. Highsmith has been in media all her life, starting out in radio writing copy and as a producer and account executive. It was in the 1980s that she discovered photography, going back to college to study. During this time one personal project was to photograph the derelict Willard Hotel, not far from the White House; this garnered attention as they were the only recent photos available and could be contrasted with Frances Benjamin Johnston's photos from the turn of the century. On the basis of this work, Highsmith switched to photography in 1984 establishing a small architectural practice. She received several commissions and awards following this, then began donating her work to the Library of Congress in 1992. The growth in her body of work led to several grant awards, including $20,000 from the National Endowment for the Arts which allowed her to travel the western United States to photograph for her book America Restored, as well as a three-year grant from the Annie E. Casey Foundation to document disadvantaged families in 22 cities.

Highsmith has clearly devoted herself to photographing the US and its people, whilst donating her material on an ongoing basis to the Library of Congress. That is remarkable for a successful and prolific photographer, such as Highsmith. One of the notable news stories resulting from this was her $1.35B legal action against Getty and Alamy who tried to assert copyright over her public domain images, something she was made aware of when she received an invoice for photos on her website! In addition to her project work, she has also been featured in more than 50 photo books, often in conjunction with her writer husband Ted Landphair, including their only non-US production Ireland: A Photographic Tour.

Other commissions include the World Trade Center, monumental federal buildings, a number of specific cities and state commissions, building restoration projects, Washing embassies, homes of four presidents (for the National Park Service), and the Jefferson Memorial for the US Postal Service. The expansiveness of her travel around the US — perhaps not surprisingly — led to her starting the This Is America (and here) project in 2010 where she intends to photograph each and every state, spending several months at a time. Needless to say, this is a work in progress about which she says

So what makes this image a more important representation of a barn than any other? The answer is nothing; it isn't any more important. Search the internet for an image of the Moulton Barn and chances are you'll come across evening light rendering the barn's weathered planks a reddish-orange, with a background of that jaw-dropping Tetons' vista, possibly capped with dark and foreboding clouds. It's a stunning scene if you are lucky enough to capture it in prime condition and, not surprisingly, it has a reputation as a "must-have" on any photographer's bucket list, in the same way Antelope Canyon has.

However, the very reason that it is on a bucket list makes it instantly forgettable for three reasons. Firstly, it's everywhere. Whilst the Moulton Barn undoubtedly looks stunning, the value I place in an image I have shot is in-part based upon the craft required to produce it. For landscape photography, there is skill in finding the convergence of the right subject, location, and conditions. Queuing up to reproduce something that someone else has put the craft into doesn't stack up anywhere nearly as highly. That leads on to the second point which is that some of an image's inherent value is in its uniqueness. Sure, the Moulton Barn won't look exactly the same if I go along to shoot it tomorrow, but that is mere window dressing in my book. Conditions can transform the image from good to great, but the hard work has been done. Thirdly, a great image doesn't have to be a fine art image. What I find mildly distressing about the Moulton Barn scene is that the wondrous setting has been made largely sterile by the sheer popularity of the location and volume of images produced. It now lacks originality. Something truly wondrous has become banal.

What is remarkable about Highsmith's work is the sheer prolificacy and the Idaho Barn is an excellent example of this. Is it as "art-felt" an image as the best of the Moulton Barn? Probably not, but it is not intended to be that. It is a slice of America in the here and now that is permanently preserved. The contrasts between the deep blue skies, red barn, and yellow rapeseed field are strong. Yet the foreground tree and pasture, less so. Was this taken from the road? Probably. This 2005 image is also likely "born digital" so it's disappointing that there isn't any EXIF data or extended captioning. Given that these are intended as a visual record of America, GPS coordinates would be helpful. The focal length looks like 35mm; perhaps barn lovers would prefer to remove the foreground which would have necessitated different positioning and lens selection, but maybe that wouldn't have been as harmonious. We can't know why this shot was taken and selected over any other, only appreciate it for what it is and what it depicts. It is also faintly reminiscent of the Windows XP desktop background! Is this banal? Maybe, but more importantly, it is discovering something and presenting it as a permanent record. That Highsmith does this as a service to the nation is worthy of praise.

The Idaho Barn led to me look at other barns in the Highsmith Archive and to my surprise, there are some 1,207 images! Maybe there are a lot of barns — in contrast to other buildings — or that Highsmith or America has a love of barns. As the collection shows below, Highsmith shoots all barns including the Moulton Barn! The latter is certainly a pleasing enough image, although the Archive contains multiple versions from the same visit which gives a little insight in to the way Highsmith works. However what this really shows is the size of the Archive, representative of a lifetime of photography. If you search for "sign" then you'll get 1,692 results returned. Simply put, Highsmith has a lot of photos documenting America widely. No place is too big or too small for her to visit. As she says:

Everywhere is important. You tell me I don't need to go to Joplin, Missouri? Things happen. Things change. I will work on this until I die.

In an age of the insta-snapshot, the dedication to recording the world around her is inspiring. Perhaps the value from the Archive will come to future generations when they look back on it, much in the same way we view, for example, John Plumbe's images from the 1840s. The takeaway for me is not to let my familiarity with the world immediately around me dull the brilliance of shooting it in the here and now.

Eight of 1207 barns in the Carol Highsmith Archive

All images courtesy of Carol Highsmith via the Library of Congress, in the Public Domain. 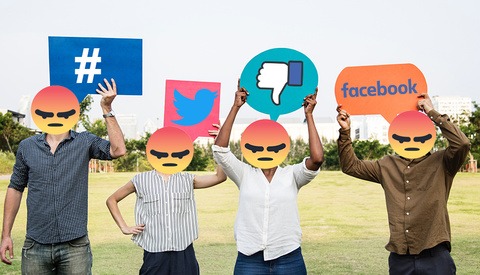 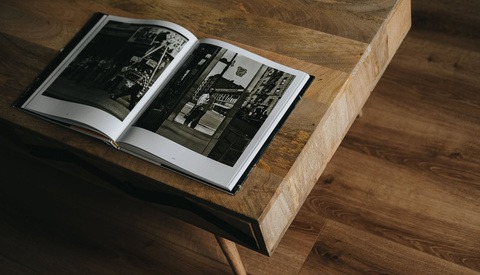 It's so easy to forget that where you live is interesting to others. The first image I ever took that did "well" online was used as Flickr's homepage image for a few weeks and it baffled me. It was just (coincidentally) a field of rapeseed in the English countryside. I thought the image was boring, but people seemed to like it. I share a lot of content by street photographer Vuhlandes who shoots "the hood" as he puts it, in western Detroit. To him, his surroundings are same-old, but to me they're fascinating; every building, tree, and person would stand out if they were dropped where I live, and it'd be the same the other way around. Great article, Mike!

Go Carol! We worked together on some projects in DC and up the Amtrak corridor In 1999-2001. She was shooting everything on 4x5 film, at the time. It was an amazing time. She's never stopped with her passion to document America. I'm sure her work with the Library of Congress will be a treasure for future generations.