A staff photographer for the Department of Energy was recently fired and is now seeking whistle-blower protection after he leaked photos of Secretary of Energy Rick Perry meeting with a major coal mining CEO.

Photographer Simon Edelman frequently followed Secretary of Energy Rick Perry as part of his official duties. One such meeting took place early last year, just a few weeks after Perry had taken the job, between him and coal executive Robert E. Murray, who was also a major donor to the Trump campaign. At the meeting, Edelman took several photographs, including one of Perry and Murray hugging, as well as a few of an "action plan" that Murray had brought along, detailing policy changes he wanted that were beneficial to the coal mining industry. Edelman shared the photos with some other journalists in September and they eventually made their way out, where they were held up as evidence of an inside track for the coal industry in policy-making.

Once it was revealed that Edelman took the photographs, he was fired, had his personal laptop and belongings seized, and was escorted from the federal headquarters. He, with the help of his lawyer, has now filed a complaint seeking federal whistle-blower protection, which is specifically offered by the Department of Energy where it notes "it is unlawful for agencies to take or threaten to take an adverse personnel action against an employee because he or she disclosed wrongdoing." During the meeting, Edelman notes he heard Murray say "this needs to be done" in regards to the plan he put forth (part of which was visible in the photographs and later became part of Perry's proposal six months later), to which Perry responded: "I think we can help you with this." Edelman noted he was startled by this and tried to hover in the room until his presence was eventually questioned. It wasn't until Perry revealed his proposal in September that Edelman noticed similarities between it and what he had seen in the meeting in March and decided to release the photos to help oppose it.

After being fired, an agency supervisor sent an email demanding that Edelman give over the administrative access to his photo storage, while in a recorded phone call, another employee said: "I would suggest that doing it sooner rather than later would probably be a good thing for you." As mentioned, Edelman has now retained a lawyer from Whistleblower Aid, who argues the photos were not classified and fall under public domain and is fighting the termination of his employment.

I wish this guy luck. That's a rough road to tread...

Yeah I am surprised he hasn't vanished

I wouldn’t presume to speak for Bob. But, he did say private meetings. What would be wrong with requests made in the light?

Does not matter what I say, does it? This is an American issue, leave the good folks of America to sort it out, or at least one photographer without a job to sort it out.

Voting me down, as some have, is not going to give the photographer his job back, is it?

If you say so....in any event, I was not asking you to mark my comments. My original comments were directed to Alex, the author of this article.here. In future please bear this in mind.

Free speech dude. I don't need your permission to mark your posts down when they warrant it.

Is that all you have.

That's all I need.

So, it is possible to reduce free speech into few words. Great stuff. Less is more.

Dude, I do have a message for you. I do listen to the debate taking place in the US of A, via CNN and other news channels, Britain via BBC, so forth and so on.

Obviously, you are free to express your views, but should not assume that those of us who do not live in the US of A should always bow to its citizen.

We are proud of our heritage just as much as you are of yours. Nobody should expect me to say anything less. And we should be able to agree to disagree with respect.

This point has been debated on CNN and on the BBC. Great Nations don't have to kick ass William. They just command respect by their sheer presence.

I will admit that you're making total sense here, and I agree with you.

Pardon john littlehands, he thinks this is nazi America. 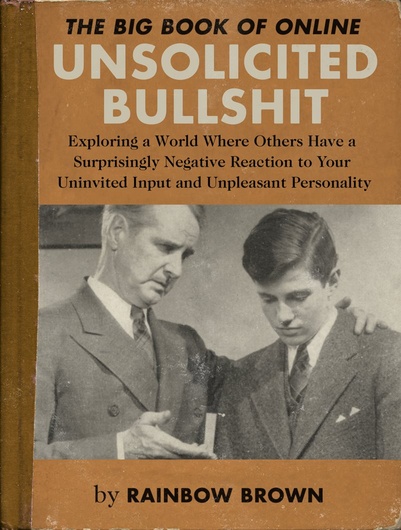 "had his personal laptop and belongings seized" Wow! I could understand if it was a government laptop, but seizing personal property is draconian.

This "rat-fink" you speak of helped expose documents created by Murray Energy that listed their demands on the administration (demands they could make because of their close relationships with administration leaders and the millions of dollars in donations they gave).

These demands include: vastly diminishing safety inspections on mines, forcing the federal government to fund pensions and medical benefits for injured workers of private coal companies (instead of that burden falling rightly on the owners of the companies), reversing laws protecting miners against prolonged exposure to coal dust, and overturning fines against coal companies that violate workplace safety laws consistently. All of these are now either implemented or are in the process of being implemented.

Our "wonderful energy people's" health and well-being are being sacrificed to line the pockets of the executives of coal companies like Murray Energy (which–by the way–has been found responsible for the collapse of multiple mines and the deaths of multiple miners due to insufficient safety measures). And because people like you paint such a wide, simplistic brush and blindly want "big government" out of your lives, you unwillingly become accessories to these monsters.

A pox on Murray and his underlings, and shame on you for your complacency and uninformed statements.

There’s nothing more contemptuous than a person who avoids the truth:

But don’t waste my time by ignoring the truth with rambling nonsense.

Typing words too difficult for you? Did you give up? I know, thinking is like, hard and stuff.

I wish you guys would all go down in a coal mine for a few weeks and see how sick you get from breathing it in.....

Just go to the Body World's exhibit and look at the coal minors lung sitting next to the smokers lung.

I'm not going to get in-between a political argument between you two, but you are factually and inarguably incorrect in saying coal is clean burning.

- Coal plants release 146,000 tons of PM2.5 pollution per year, which leads to 3.45 million early deaths every year.
- 44 percent of the world's CO2 emissions come from burning coal.
- CO2 sequestration technology is not 100 percent effective and requires burning 25 percent more coal to make up equivalent energy output.
- The rate of CO2 production far exceeds our ability to move it underground.
- There's evidence that CO2 stored underground will eventually make its way back into the surface and the atmosphere.
- Coal burning produces nitrogen oxides that interact with volatile organic compounds and produce ozone and smog.
- It produces sulfur dioxide.
- It produces Mercury.
- It produces black carbon.
- There is no process that can simultaneously capture all pollutants produced by burning coal.

You said "clean burning" in both comments, which as I addressed, is not true. I'm not sure what a volcano, being outside both human control and energy production, has to do with this.

No, it is not that simple; otherwise, hundreds of thousands of scientists wouldn't work on the problem every day of their lives. Whatever a creature does is not always in "harmony" with that habitat. That's why species go extinct. That's why habitats are run into extinction themselves. It's a horrendously complicated problem. Here's the most basic example of it: https://en.wikipedia.org/wiki/Lotka–Volterra_equations

I didn't say a word about global warming. You made an incorrect statement about pollutants that showed a lack of basic understanding of the chemical makeup of coal and its associated combustion reaction. Please don't try to reframe the argument. I specifically refrained from addressing politics and addressed an incorrect scientific statement.

Excuse me, but as an avid JC fan for decades, when and where exactly did you get the claim that what he said in the 80s about all the fish disappearing? Would appreciate citations. And YES, check UNICEF reports that every year, MILLIONS die of starvation, he might be two decades off but is true nonetheless. Illinois may be an unsuitable place to observe this.

“UNICEF, the purveyors of child pornography” WTF are you talking about?! Where’s your reputable source for this wild claim (and not “I heard it on the TV 25 years ago like your “citation” on Cousteau).

Honestly, you’re exhibiting the research and critical thinking skills of an elementary school student. And where would be a good place to observe oceanic fish population decreases? I’d start with the ocean.