Photographer Gary Fraley recently recovered his stolen gear via 500px thanks to Lenstag. Fraley, who runs a nonprofit which aims to use art to help end hunger, had his house broken into late last year and his camera equipment stolen.

He received an alert from Lenstag saying that his stolen camera had been used to take a picture posted on 500px.com. He jotted down the photographer's information that was on 500px and called the police.They went over to the thief's house and got Fraley's Nikon D300s, a 50mm lens, an 18-55mm lens, an SB-700 flash, and the battery grip back. Lenstag founder Trevor Sehrer explained, "The guy who had obtained the stolen gear said that his cousin had stolen it and right now police are looking for him."

The Lenstag project was started last year after Sehrer had heard too many stories about gear getting stolen.

"Before Lenstag, cameras, lenses, video gear were like diamonds. You can find one, steal one, and just sell it without recourse. Now things are starting to change and hopefully camera gear can be treated a little more like cars in that folks will check to see if it's stolen before they even buy it. Especially now that it's been proven that the police can, and will, use it to recover stolen gear."

Sehrer finished by saying that he intends to keep the anti-theft service free forever. He knows that it's a long-term project and it's working because thieves are hating it. "Thieves are clearly having a harder time selling their stolen goods and they're letting me know about it with threats, 'registering' middle fingers - all kinds of crap like that."

Photo and video equipment theft won't stop overnight but if everyone checks Lenstag before they buy a used item the ability for thieves to resell stolen gear would end. Help win the war against photo and video equipment theft and add your gear on Lenstag.com or download Lenstag from the App Store or Google Play. Use Google Chrome? Install the totally anonymous Google Chrome browser extension, Lenstag Rescue - it's what enabled the Fraley to fine a photo taken with his stolen camera. Find out more about Fraley's nonprofit here.

Stay tuned for Lenstag's 2014 theft statistics infographic, which will be published exclusively here on Fstoppers. 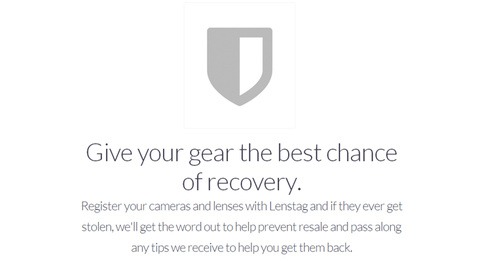 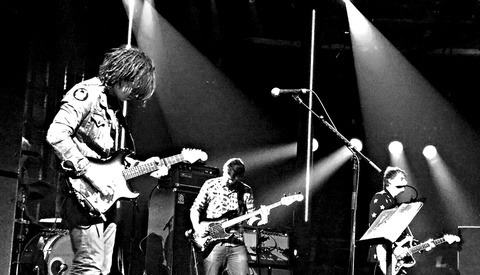 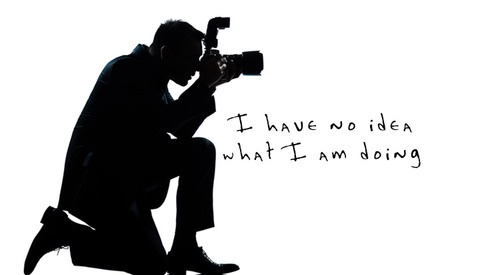 Editorial Photography / December 5, 2012
The Photographers You Idolize Are No Better Than You 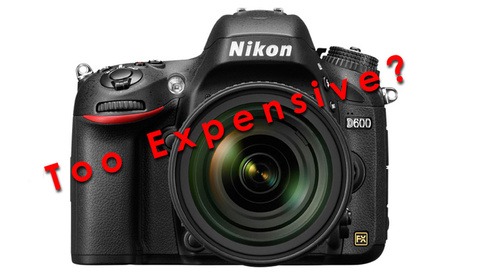 Opinion / September 14, 2012
Is The Nikon D600 Priced Too High For Its Features?
Log in or register to post comments
17 Comments

This is great....glad someone is finally sticking it to the thieves. Taking folks personal belongings that they bought with their hard-earned money takes a special kind of scumbag.

I'm still hoping my 17-40, and my old 450D (rebel) from my old days will appear in a search from Lenstag rescue some stage... I would love to get the lens back :(. This service is just amazing i must say.

Sorry to hear about your stolen gear...we'll keep looking out for it as long as the camera is in Lenstag.

What an awesome idea!

This is fabulous! Too bad I'm shooting with my Sony a6000 much more now and they don't put the serial number of the camera in the EXIF data. This means that what happened with this article is not possible if you are shooting with a Sony (at least the a6000, I can't speak for the other bodies).

Yeah, it sucks that the A6000 at least doesn't embed the serial number in the Exif data. We've recovered equipment without using the Lenstag Rescue data, however, so all is not lost if your camera gets stolen.

Definitely Trevor. Thanks so much for what you are doing with LensTag, what a great idea and service! Unfortunately, from what I have read, it appears that none of the Sony's write the serial number to the EXIF data.

Ah, that's too bad. If i happen to meet anyone from Sony at PPE tomorrow I'll ask them why they do this and then follow up on this thread if they give me an answer. :)

Such a simple idea perfectly executed! Getting my gear on here asap.

I'm using Lenstag, most especially after my new 60d was stolen last year by a roommate right as she took off for parts unknown. I had been looking at stolencamerafinder.com until I came across Lenstag somewhere. Now I'm watching them both hoping my gear shows back up. Unfortunately for me, I had a unimported card in the camera from the day before from army training that weekend.

There's no reason *not* to register for LensTag, it's an amazing service and an extra layer of security. :) Awesome to hear the fellow's gear was recovered!

This is cool, but I don't understand why Lenstag want the password to my email address in order to register.

Oh OK, my misunderstanding. Some sites have actually asked for this, so I was kinda surprised thinking that's what you wanted.

Totally OK and I'll see if I can make the box clearer at some point :)

The problem is that this site does nothing. The one-man-show doesn’t even respond to support tickets for months. Heck, there’s not even a way to mark an item of yours as not stolen if you recover your items. The site purports to search the web looking for images with your gear’s EXIF data, but it does no such thing. It purports to protect your images by searching for unauthorized use of them, but it doesn’t do that, either.

It’s just a crude database with a poorly-designed interface that collects your camera info. This don’t-quit-your-day-job operation over-promises and under-delivers on the hope that you’ll pay for an annual subscription of snake oil.