A Florida-based photographer is trying to track down a couple whose engagement, unbeknown to them, she captured – eight years ago.

The proposal happened outside a church in Palm Beach. Joy Groover was out at the courtyard of Bethesda by the Sea with her family when, during a toilet break, the couple caught her eye.

Speaking to WBPF, she recalled:

I looked over and there was a guy down on one knee and I thought 'swing the camera around that way' while we are taking a break and take some shots. She was crying and they were hugging. It was really sweet. 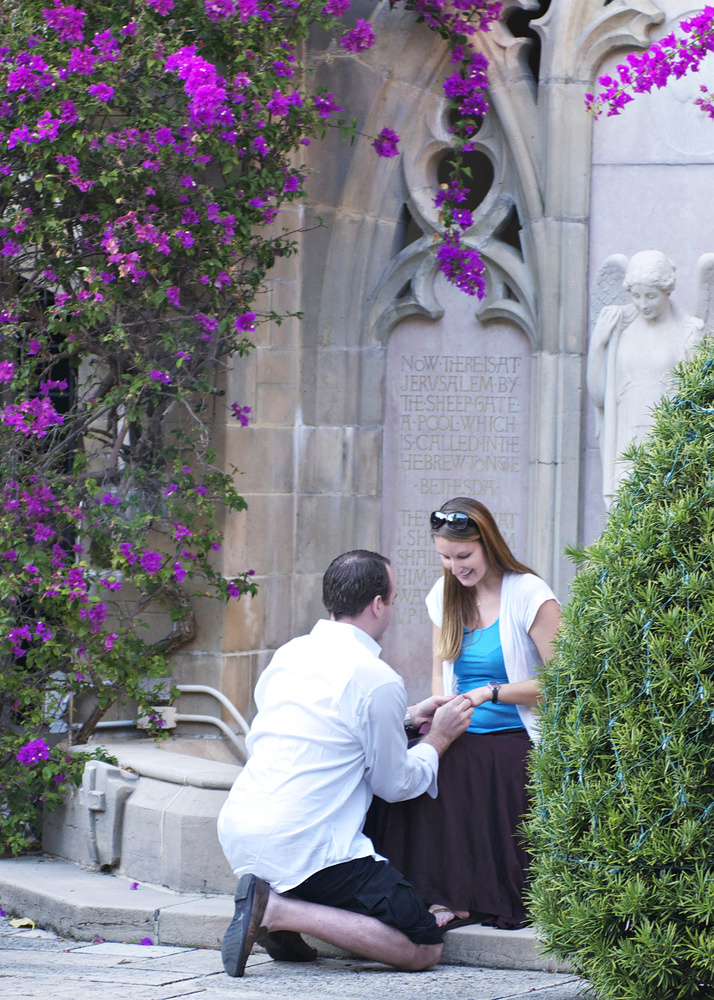 In completing her own photos, Groover lost track of the couple and was unable to take any contact details. Each year since then, on the anniversary of the photos, she has been attempting to use the power of social media in order to track the pair down.

She added: 'Every year I think this is going to be the last year I'm going to do it ... then something just propels me forward to say, no just one more year to just put it out there, because they do exist.’ She said she often wonders what the couple are doing now – did they end up getting married? Do they have children? 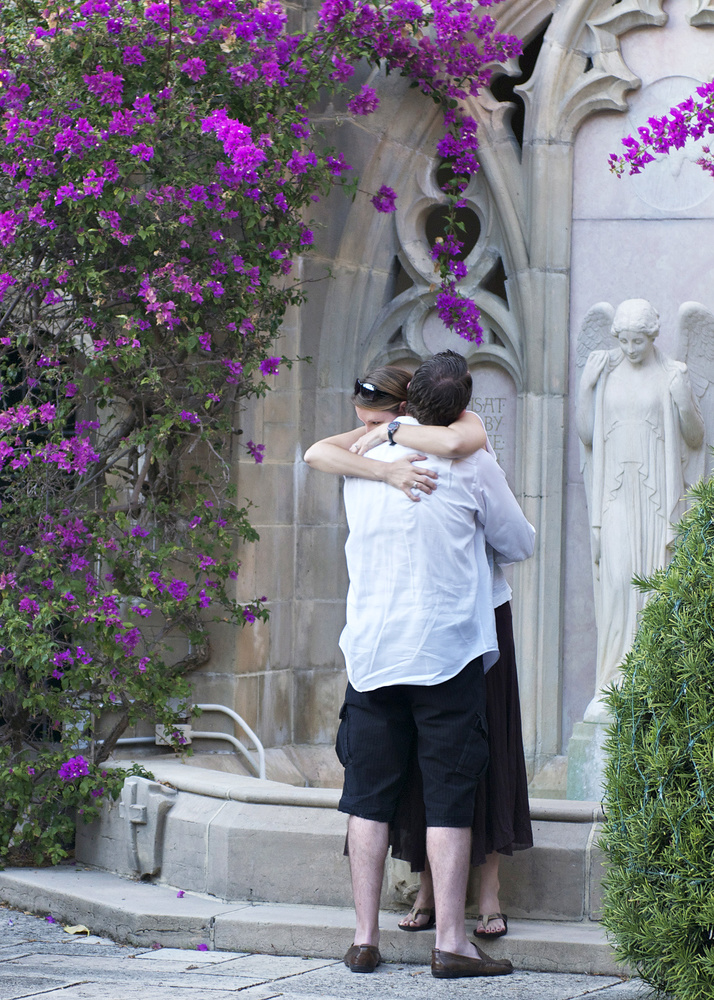 Engagement photos are something many couples pay good money for, and these pair lucked out with having a photographer on hand who caught their proposal free of charge. Do you recognize them? You can contact Groover on Twitter or Facebook.

All images Joy Groover, and used with permission.