Displaying a “peace” V-sign when having a picture taken has become a staple pose for many in recent years. However, a new Chinese cybersecurity expert is warning that advances in camera phone technologies could mean the public is uploading photos to social media in high enough quality for it to be possible to “extract enough detail to make a perfect copy.”

The vice-director of the Shanghai Information Security Trade Association, Zhang Wei, is speaking on the issue, warning people that if your hand – and thus, fingerprint – is held close enough to the camera, it could be adequate enough for someone to perfectly replicate. Anyone with competent skills in photo magnifying and artificial intelligence-enhanced technologies would have no problem lifting a print, he says.

As for just how close one would need to stand to the camera to be in danger, Zhang claims anyone within five feet runs the risk of having their print stolen. A subject sporting the gesture is in danger of fingerprint molds being created, which poses security dangers. His remarks have spread like wildfire on social media, gathering more than 450 million views on China’s Weibo platform as of writing.

Feng Jianjiang, a professor of fingerprint identification at Tsinghua University, suggested people check the clarity of their fingerprints by zooming in before uploading them to social media.

Complete HORSE SHIT. Just 15secs of math will show that this is comleptely impossible with current restitution cameras.

Please go back to writting tutorial for introduction to Lr.

I take it in certain circumstances.. like a selfie with a 45mp camera filling most of the frame (zenfone 6 has that!) Not a group shot as poorly picked by the author :P

Remember some politicians got burnt by not covering their A4 sheets because photographers were able to read the text(probably 70-200 lens) entering downing Street... 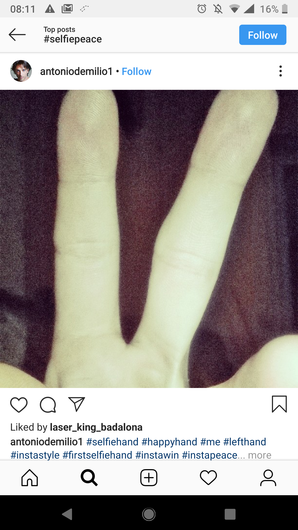 Well I don't know about you but when I make a V gesture I have my finger pads pointed back at myself. 🙄

Next time I'll half the chance and show only my middle finger. I call BS on this article.

Jack, did you even read the entire source article?

You seem to have cherry picked the sensational content.

"Feng Jianjiang, a professor of fingerprint identification at Tsinghua University, told the ﻿South China Morning Post that, theoretically, pictures could show fingerprints clear enough to be copied, but he didn’t comment on Zhang’s suggested distances"

“Some people’s fingerprints could not be captured [at any distance] because of skin problems [for example],” Feng said. “But the fingerprint images would be fairly clear if the distance, angle, focus and lighting were all ideal.”

Are we not going to mention that most social networks don't have high enough image quality in their displayed files to extract much detail? I can see this if you're taking close-ups of your finger pads but c'mon.

Exactly! I could understand if I did a close-up shot in my studio of my finger and it was high resolution, but lo-res SM images? Yeah, don't think so.

Haha sow how about retina's in eye, should we walk with closed eyes from now on? The whole UK is covered in cameras following your lives Jack, those are the ones you should be worried about not this nonsense :)

A very average american photographer researched this and came up with the conclusion that Photography Web Sites are worthless and really don"t research what they they post. It is all for add space.

If you do selfies with a Phase One IQ3 or Fujifilm GFX100 with your finger prints in tack sharp focus that fills up at least 25% of the frame and your choice of social media supports that large file without any compression... Yes, you are in danger.

Must be a slow day today? Or Jack forgot to place it under Humor section?

Someone been drinking salt water again?

Nope, only eating sea salted crisps right now. But I can only speak for myself... ;)

We should also all wear sun glasses, or at the very least, close our eyes for pictures, so we don't fall victim to retinal copying.

The risk posers are all out taking selfies on cliffs.

Only because YOU typed it! You'll thank me later...
https://www.youtube.com/watch?v=sTSA_sWGM44

Not with a smartphone and lifted from SM though.

could? little green peple on mars too?

There's also iris recognition, and facial recognition. You also leave fingerprints everywhere you go. Are we going to live our lives in fear over every possible concern? 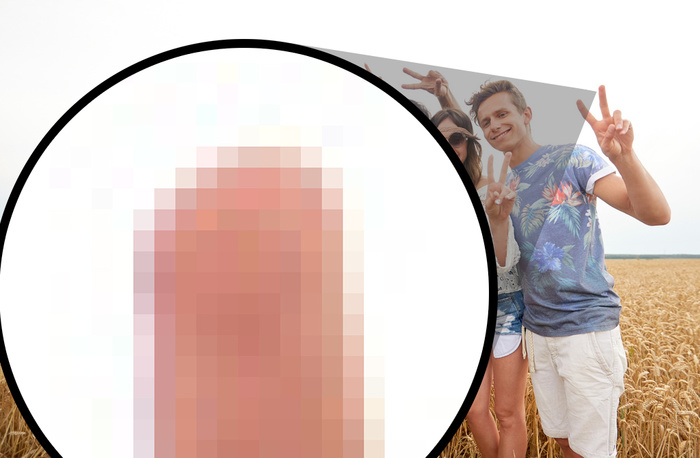 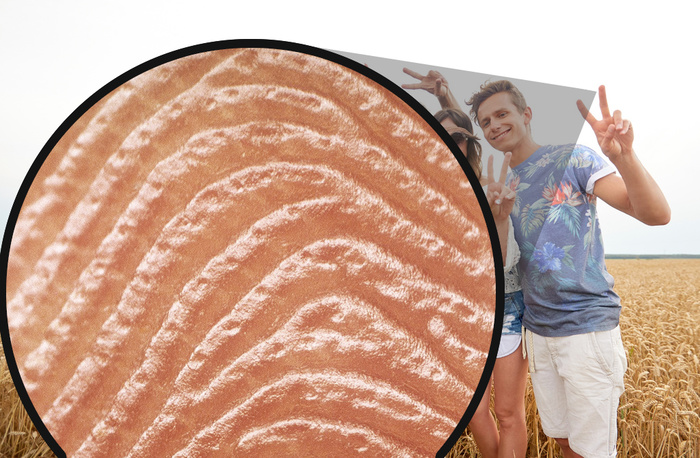