10 of the Weirdest Cameras Ever Made

The history of camera gear is rich, storied, and well, weird. Camera design has evolved in many different directions over time, sometimes in magnificent arcs of ingenuity and design, others in pit stops of absurd creativity or questionable judgment. Today, we're celebrating some of the strangest stops along that journey.

We'll limit our list to serious consumer or professional cameras; spy, toy, and gadget cameras could take us down quite a deep rabbit hole!

On a cursory examination, the Fujifilm GA645 doesn't seem all that weird. It's essentially a point and shoot medium format camera and quite a great one at that. Like most of the Fujifilm medium format cameras, it features a super sharp lens, and along with that comes a built-in light meter, pop-up flash, data printing outside the frame, and many other automatic features. So, what's weird about it? Take a close look at the viewfinder. In its standard orientation, the camera shoots in portrait format. This makes for quite the user experience, particularly since the aspect ratio is antithetical to the physical form of the camera, which is of course rather counterintuitive. Nonetheless, it's more a quirk than a detractor, and if you want to try out medium format film, you'll be hard-pressed to find a camera with a better price-performance ratio.

I'll be honest. The first time I saw one of these, I thought it was a projector. Apple's bizarre first foray into the digital camera world shot 32 320x240 (that's 0.08 MP for those of you keeping track) images, or 8 high resolution 640x480 images. It featured a 50mm-equivalent f/2 lens with shutter speeds between 1/30 and 1/175 s and took three standard AA batteries to operate. The model failed to catch on, and Steve Jobs quickly killed the entire line when he returned to Apple in 1997.

The Sony Digital Mavica MVC-FD5 was my jam back in the day. There wasn't much that special about it; it was your standard 1997 digital camera. It took images at a resolution of 640x480 (0.3 MP)! The real killer feature, though, was that its storage medium was the floppy disk. In 1997, memory cards were a minefield of proprietary formats and quickly evolving and changing standards. The humble floppy disk was a ubiquitous format, though — one that could be found on most any computer. Being able to store up to 55 images on an immediately accessible (and relatively trustworthy) floppy was a huge advantage, and it showed: Sony dominated the market for a time.

Ian Ruhter turned the side of a truck into a giant wet plate camera, and the results are beautiful and striking. Check out the video above, and be sure to check out his Facebook page as well!

In many ways, though not actually a camera, the Leica Digital Module R was the holy grail of the film/digital transition era: an insert that turned a film SLR (a Leica R8 or R9) into a DSLR. With a crop factor of 1.37 (essentially APS-H), you lost full-frame advantages, but you got to use all that gorgeous Leica glass. The 10MP Kodak CCD sensor had an ISO sensitivity of 100 to 800, with a high setting of 1600, it could shoot at two frames per second, and it had no anti-aliasing filter. With a Leica-typical price of $6,000, it didn't necessarily make financial sense, especially considering you could buy a full-frame DSLR with more capabilities from another manufacturer and get an adapter for much less, but then again, shooting Leica has never been about economic practicality.

Bellows are normal reserved for large format photography. While the bellows on this camera aren't functional in that sense, they serve to make the Fujifilm GF670 remarkably compact and portable for a 6x7/6x6 medium format camera by allowing the lens to fold into the camera when not in use. With a slim profile, a bright rangefinder, solid metal construction, built-in light meter, nearly silent shutter, and another one of those gorgeously sharp Fujinon MF lenses, this camera was the perfect travel solution for those who wanted a portable camera that didn't sacrifice quality.

The Rollei 35 series contained some of the most popular cameras ever produced, with over two million units being made. It was also the smallest 135 film camera in existence when introduced in 1966 at Photokina. The different variants came with different lenses: anything from a truly outstanding 40mm f/2.8 Zeiss Sonnar to a workable 40mm f/3.5 Zeiss Triotar. My 35 SE with the Sonnar lens is still my favorite camera in the world. It's an utterly strange device. It's neither a rangefinder or an SLR; nay, it's a true zone-focusing camera, with distances marked on the lens barrel. Speaking of the lens, it retracts to a nearly flush position with the body, making it all the more portable. If you're wondering why you don't see a hot shoe in the picture above, look closely, and you'll notice its bracket on the bottom of the camera. Other interesting features include a viewfinder that features a rather accurate (for the 1960s and 1970s) LED metering system (on the SE and TE models). The film advance lever is on the left side of the camera, and loading film requires removing the entire back of the body. The design, while perplexing, somehow works, and many, myself included, grew to love the capable little camera. It remains my favorite street photography camera; its diminutive size, zone focusing, and sharp lens make it ideal for quickly evolving scenes, such as this adorable stray dog surveying the streets of Paris.

Its resolution is measured in megarays, not megapixels. It has a fixed aperture. It focuses from 0 mm to infinity. Focus can be adjusted after image capture, as can perspective. The Lytro Illum is nothing if not unique. At this stage of the game, it's a bit of a one-trick pony, but it's a rather intriguing trick, and if the new Lytro Cinema is any indication, it may be something that has the potential to become more ubiquitous in the industry as time marches on.

Commissioned by the Chicago & Alton Railway to photograph the Alton Limited locomotive and completed in 1900, the camera weighed 900 lbs and required 15 men to load it into the van. After moving it six miles by rail car, it was carried a quarter mile into a field, where a single exposure (the only the camera ever took) was made. The size of that exposure? 8 x 4½ ft. Despite costing $5,000 (approximately $150,000 today), the publicity stunt was considered a success. In fact, the company sent three prints to the Paris Exposition of 1900, where the shot won the grand prize for photographic excellence.

One camera, 16 lenses, 16 sensors. The lenses are made of plastic. Some of the lenses lay on their sides. Using five 35mm lenses, five 70mm lenses, six 150mm lenses, and a lot of computational photography, the Light L16 aims to replicate DSLR quality in a miniscule package. While we've yet to see it in action, it's an intriguing concept.

Do you have any interesting or bizarre cameras you'd like to share? Let us know in the comments!

The Nimslo 3D camera was weird...but awesome! I have one sitting on a shelf. 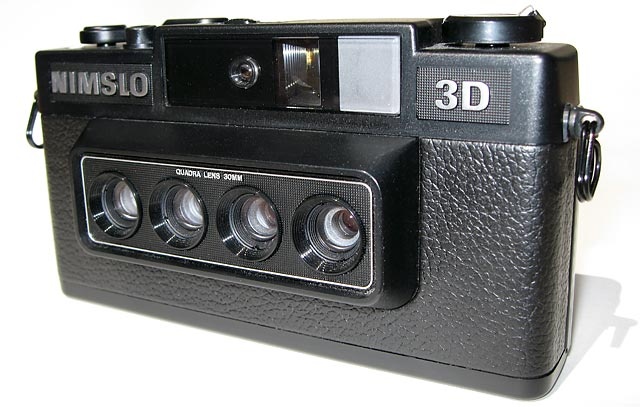 There were also disposable 3D cameras! I found one in Adorama back in the early 90s. It had 3 lenses instead of four like the Nimslo. I took some pics of my then 5-year-old niece playing on monkey bars and other dimension-enhancing props. You would send the camera of to a lab in Atlanta and they would send back 4x6 lenticular prints, along with your negs. It was a cool concept, disposable 3D point & shoot. Fuji introduced a digital stereo camera some years back, but I don't believe you had facilities to make 3D prints from it.

The film for these little bad boys were pretty weird and I really dug em'. 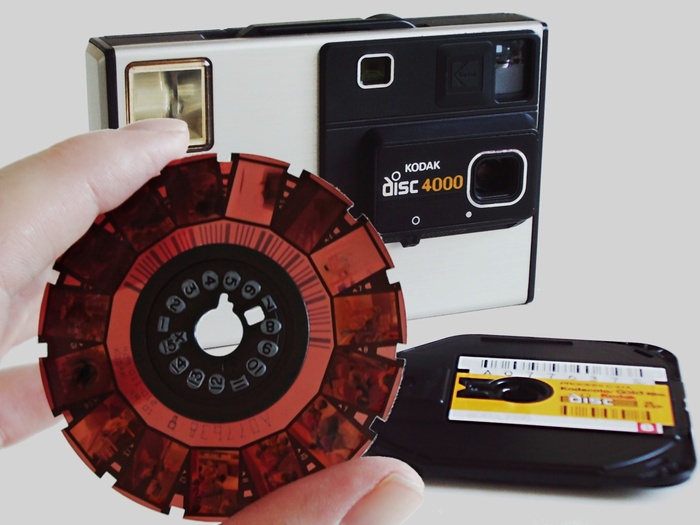 That's super neat. I would love to have that feature in all my film cameras.

The Zenit Photosniper, I have used it, it makes you feel like a real cold war spy. 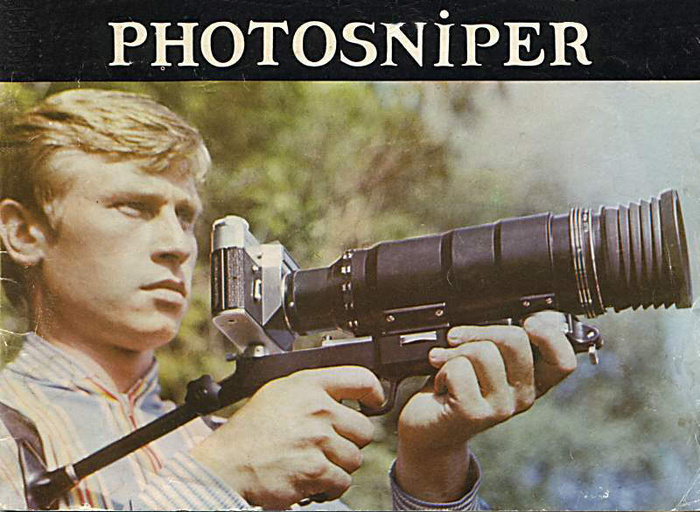 I had a Mavica, and it was interesting but expensive for what it did. Also tried a friend's Lytro, which only seemed useful for explaining DOF.

My school had a fleet of Mavicas (I think that's the collective noun for obsolete cameras) ... but I started going to that school in 2001 which made them fairly spectacularly outdated.

Sony Mavica! The first digital camera I ever saw in the wild.

@ Kenn Tam I loved my disc camera! I was only like 11 or 12, so I didn't care about image quality. It was just neat having a camera that thin.

The Fujifilm GF670 because of the bellows? Really? Zeiss, Voigtlander, Welta, etc, etc, etc made medium formats with bellows for decades. My old Polaroid and Kodak Autograph circa 1906 also have them. Neither are large format. 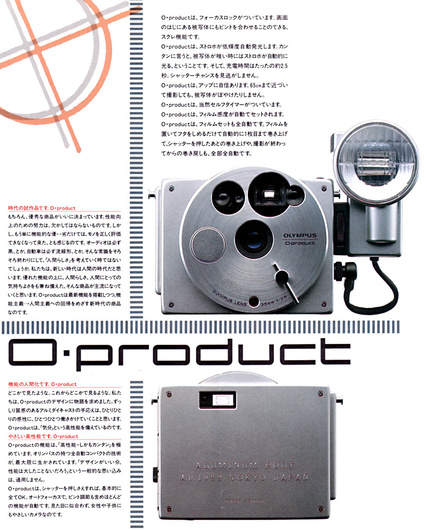 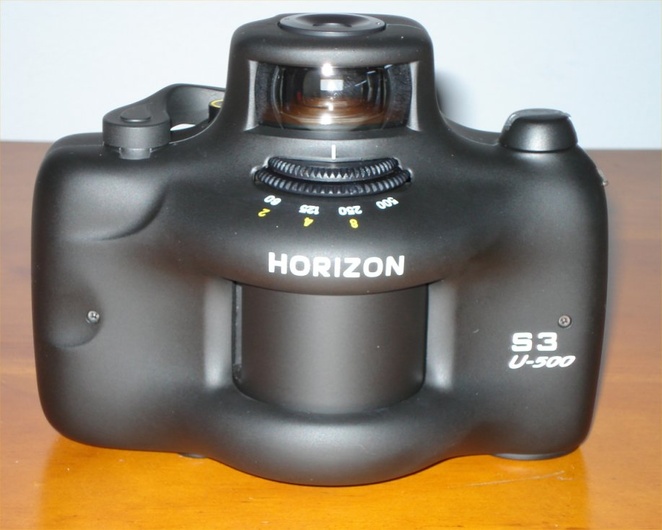 360 degree cameras are rather "normal" today but they aren't traditional cameras for sure: 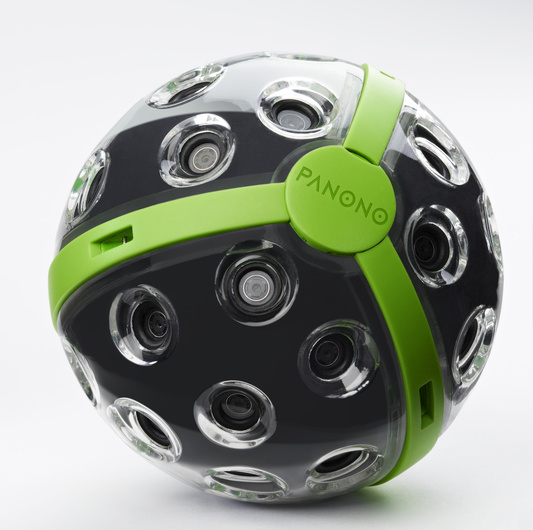 A predecessor to both the Fuji GA645 and the Fuji GF670 was the Fuji GS645 introduced in the '80s, quite possibly the most compact medium format camera there may have been. You can see my copy below next to my Nikon D600 for size comparison. Like the GA645, it had a portrait format, and like the GF670, it had a collapsing bellows. There were 3 models initially with 75, 60 and 45mm lenses, the 75mm model being the only one with the collapsing bellows. I picked my copy up back in the late 90s when I got on a night shooting kick and wanted a compact larger format camera to minimize grain/noise in my prints and scans, as I would normally shoot at ISO 800 and up.

It's two Achilles Heels were that the bellows would develop leaks (as my copy did), and that you had to cock the shutter in order to collapse the bellows into the body for storage. This would leave your shutter tension spring stretched, thereby weakening it's tension over time, thus slowing down the shutter.

I always thought about getting the bellows repaired, but didn't know where. I never realized it was leaking until I started shooting in the daytime! :-D If you're into shooting with a compact medium format camera, if you can find one of these in good shape they're simply terrific. The 75mm optic is fantastic. 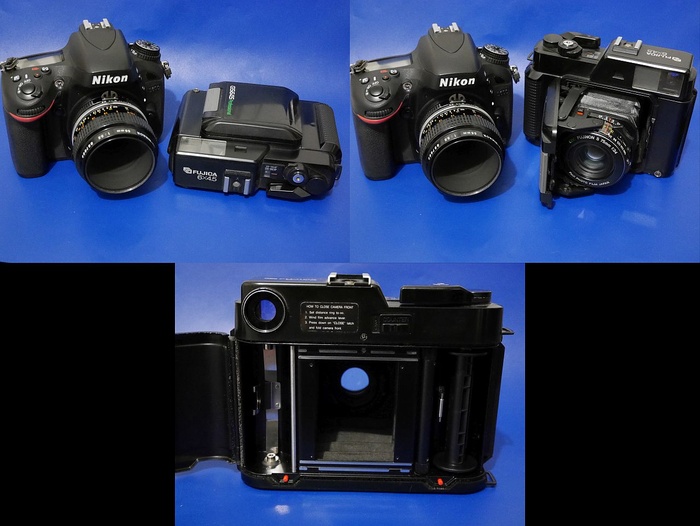 Weirdest camera in my book, the Abelson Scope Works Omniscope. 360 degree pinhole camera that makes 4 photos per roll of 120 film. 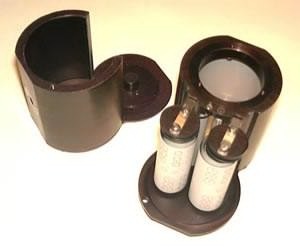 The Kodak Advantix Preview APS was a cross between a digital and film camera. It let you look at your pictures before developing them and it looked wild too. 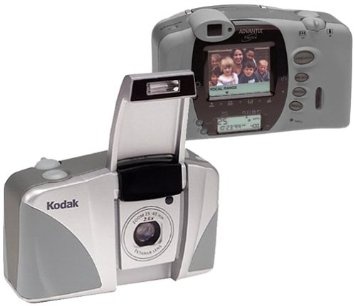