Is Canon Going to Make an APS-C Mirrorless Camera with an RF Mount?

With Nikon’s recent launch of the Z 50, speculation has continued regarding Canon’s plans for its APS-C sensor cameras. What to do to cater for all of those 7D Mark II shooters awaiting an upgrade is something of a dilemma, and a new rumor has sparked a fresh helping of speculation.

Last week, Canon Rumors reported that it had received word from a reliable source that Canon is currently developing an APS-C, RF-mount camera. Canon Rumors goes on to suggest that it would not be an entry-level camera akin to the DSLR Rebel (and yes, that name is still ridiculous — click here to find out why). Those APS-C fans craving a 7D Mark III will have to sit tight, however, as this new camera is not expected to come to market until 2021.

Canon’s shiny new RF mount has certainly opened up new avenues when it comes to design, though the lenses released so far would probably have you believe that they are designed for professionals and those with money to burn. Sure, a shake-up of what constitutes the holy trinity is remarkable, and the optics on the f/1.2 primes are truly pushing boundaries, but those of us who like smaller, more affordable glass are wondering where all of this is leading. A pancake and a nifty fifty are said to be in the pipeline, both of which would make for a cute package when coupled with the immensely affordable RP (and perhaps that as-yet-unannounced full-frame mirrorless that’s even cheaper, apparently).

Sorry, 7D Mark II owners. Is it time to give up and get a Sony?

However diminutive and affordable this combination might be, this doesn’t cater for that chunky market segment that wants DSLR ergonomics in a small, affordable body with lightweight glass that doesn’t require an awkward visit to Fat Tony to ask for a small loan. For those who don’t mind noisy images at low light and are not constantly craving a bokehlicioustastically shallow depth of field, EOS M is not necessarily the best option, especially when you consider the lenses. As it stands, the lens line-up is limited. Sure, you can adapt EF and EF-S glass, but there is no means of crossing over into RF lenses, assuming that this is where Canon’s future lies. Does Canon really want customers piling up a load of EF-M glass that gives them no opportunity to expand or overlap into full-frame?

If the rumor is true, this then begs the question: will Canon make lenses specific to its RF-mount APS-C cameras? Is RF-S glass a possibility? Canon News offers an interesting suggestion: porting EF-M glass to RF would not be difficult — simply keep the optics and swap out some electronics and 8 lenses would be ready to go almost instantly.

Understandably, Canon is keeping quiet about its plans as any announcement could be received as a klaxon that marks the demise of EOS M. Speaking last year, one of Canon’s senior managers said that the “M-series has still got legs on it” which at the time struck me as a phrase that didn’t exactly inspire confidence for the long term. It might be worth noting that this quote came from one of Canon’s European managers; the EOS M seems to be far more popular in Japan than elsewhere. Certainly, the release of the M200 and M6 Mark II last year and the prospect of an M50 Mark II this year suggest that its future is safe. 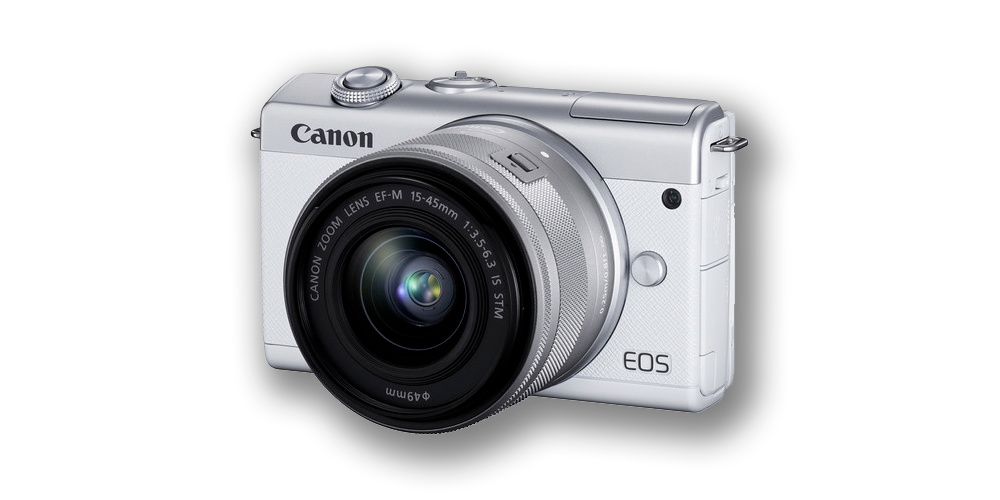 With the dilemma facing Canon at this juncture, you wonder if Nikon’s move to release the Z 50 is inspired. At present, there are two solid lens offerings for the system and it might prove a smart move from Nikon to focus on consumer and prosumer gear given that they constitute such a large percentage of its sales.

Returning to Canon, have most 7D owners now given up waiting to see what the Japanese manufacturer would do? With the missing viewfinder and lack of quality M glass, a flagship Canon APS-C doesn’t seem to exist which is odd given that Sony seems to have about a million of them and Fuji certainly seems to be selling a bunch of X-T3s with a lot of excitement over what the X-T4 will bring.

Is there any truth to this rumor? What should Canon do to accommodate its APS-C shooters who will never switch to the M-series?

Gear / January 27, 2020
If the Canon 1D X Mark III Is This Good, Why Would Sports Shooters Ever Want a Mirrorless Version?

Apparently Canon got so flumoxed over the huge Sony lead in mirrorless FF that they completely neglected to map out reasonable upgrade paths for enthusiasts currently holding lots of EF and EF-S glass.
It'll be interesting to see how the 90D does in keeping that flock nesting with Canon. I have my doubts on that one, as I expect to see more defections to Fuji and Sony before Canon can finish a corrective development cycle. And that, whatever it is, may be too little and too late.

I don't see your point. You can use both EF and EF-S lenses on the EOS R system. The adapter works really well and you have plenty of time to wait for native lenses that are not yet on the lineup without sacrificing anything.

Why would anyone want an APS-C RF camera? I would prefer to see them just bring the prices down on 35mm sensors and keep the APS-C sensors in the M line, with the much more appropriately size lenses. The EFS lenses were never that great and I remember being confused about the differences between EF and EFS lenses when I owned a 7D (bought as an amateur). And as far as performance goes, I think the 1DX III proves you can make a high-performing FF camera for sports. As far as the “extra reach” goes, I would rather see them include crop modes on FF cameras for that.

... and then, Canon will offer a cheap service to build a RF lens from your old EF-M lens...

Everywhere on the internet we come across professional photographers who when writing / blogging, struggle to accept two simple realities:

2) EF-M mount was designed for APS-C mirrorless. Canon isn't committing all their resources to it because they spent 4 years dealing with my above point. The typical APS-C market (where money is made) is more interested in either shooting with their phone or buying xxxD/Rebel-series cameras, which are cheaper to buy and cheaper to manufacture and market than mirrorless cameras.

For the existing lens line-up in EF-M, all bases are covered for the average shooter who isn't running a YouTube channel. Sales data agrees with this. The 15-45 and 18-150 literally keeps the vast majority of the actual buyers happy. The 22mm and 32mm were made for we who shoot in Manual. Canon will eventually add a 70mm / 85mm f/2 to address the gap in not having a bright telepehoto prime.

This is why Canon continues to remain profitable... they don't cede to the demands of the 10% when it goes against the other 90%. Ask Nikon if they're selling more Z6 bodies than the D750 and you'll understand why Canon is happy to stand back.