Petzval-type lenses have enjoyed a resurgence in popularity in recent years. Lomography's wildly successful Kickstarter campaign was a springboard for their Petzval 85 and later, their Petzval 58 lenses. Now, Lensbaby, well-known for their unique optical products, has thrown their hat into the ring. It's a fun and interesting lens.

I'm a glass geek; if it has an EF mount, it has probably been on my camera at some point, and if it doesn't an EF mount, I've probably tried freelensing with it, or in my earlier days, tried an ill-fated attempt at converting it to an EF mount. I also love the Petzval look; when done right, it's a fascinating aesthetic. The swirly bokeh and radial dropoff in sharpness can help to isolate a subject, making them an interesting choice for a portrait lens. The tradeoff is that it's often a bit of a one-trick pony; subjects have to be placed in the center of the frame, and the bokeh can be overwhelming to the point of distraction in some cases. Nonetheless, it's a very unique look, and unique is always worth investigating. Thus, I spent some time with the Lensbaby Twist 60, a 60mm f/2.5 lens modeled after the classic Petzval lens. Check out its specs:

With only four elements and no AF motor, the Twist 60 is a light lens. Dimensionally, it's about the size of a nifty fifty lens, and it handles very much like one, meaning it's nimble and easy to work with; frankly, the weight it added to my 5D Mark III was hardly noticeable. This is important, because a lens that's meant to inspire creative shots should be one I don't mind carrying around all day. With only a focusing ring and an aperture ring, it's also a very simple lens. Build quality is good; it's certainly not meant to be an all-weather lens you take in 40-foot waves to cover crab fishing in the North Atlantic, but it's solid enough that I wouldn't worry about it taking a bump or two. You may love or hate the brass accent of the front ring, but I personally think it's a nice addition.

The focusing ring is smooth and has a decently lengthy and precise throw, which is important in a manual focus only lens. The only knock I have against the build quality and design is the aperture ring. It has a bit of play in it and does not firmly lock into place, which often left me double-checking that I had indeed selected the aperture I wanted (no electronics means no aperture data is reported to the camera). Furthermore, because it extends and retracts as the lens is focused, at certain focal lengths, it can difficult to grasp, as very little of it protrudes past the front of the lens. This meant I often had to stop shooting and tilt the camera toward me both to grasp the ring and to read the aperture values that were now obscured. It's a mild inconvenience, though and wasn't one that severely impeded my shooting.

The Twist 60 is fun to shoot with, but like many specialty lenses, you have to approach it with the right mindset and expectations. It's not an action lens, and the lack of autofocus means you'll need to slow down. Furthermore, its unique look means in some situations, it shines, while in others, it's just not the right lens, but that's the fun of it and the spirit of the experimentation. It gets you thinking.

Manual focusing was a bit difficult, as most modern DSLRs are not optimized for this and it's not an overly sharp lens. I often switched to live view to really dial in focus, but once I could actually see what I was doing, the smooth focusing ring made it easy. Interestingly, because the swirly bokeh effect decreases at narrower apertures, the output of the lens is in a sort of strange grey area above about f/5.6: the effect is still there, but it isn't strong enough to really make its presence known. Nonetheless, being that it's a portrait lens, it spends most of its time at wider apertures anyway.

The very nature of the lens imposes some limitations. While you can certainly shoot it on a crop sensor, it diminishes the effect, as the crop removes most of the characteristic swirly bokeh at the edges of the frame. As mentioned, the subject also needs to be in the center or very near the center of the frame to stay relatively sharp. I also found myself shooting nearly everything in a landscape orientation; it's difficult to make a convincing vertical composition. Lastly, because the lens has no electronics, aperture is not recorded in the EXIF data, which can be a little frustrating in post.

Image quality out of the Twist 60 is generally good. The lens is not overly sharp, but it's generally acceptable. Nonetheless, I did find myself wishing for a bit more sharpness at wide apertures, especially since these apertures are where the lens is meant to be used, and I would personally love a pin-sharp Petzval lens. There's a normal amount of vignetting at wider apertures, but for a lens that encourages centered compositions, it's perfectly acceptable and often helpful. Flare and aberrations are generally well controlled. When shooting high-contrast subjects, you will see some mild-to-moderate chromatic aberration, but it was never anything I couldn't quickly get rid of in Lightroom. Color rendering is pleasing, with a moderately high level of saturation, while contrast is quite average and workable.

The bokeh effect is particularly fun to play with when you have multiple point sources of light and good subject-background separation. (1/8 s, f/2.5, ISO 1600) 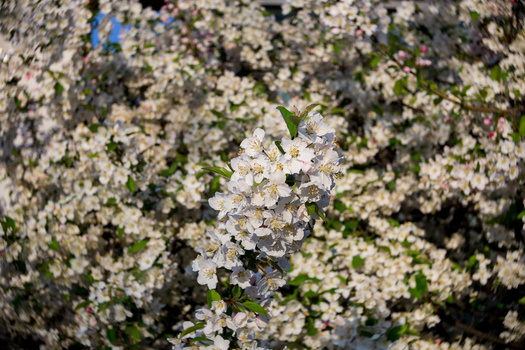 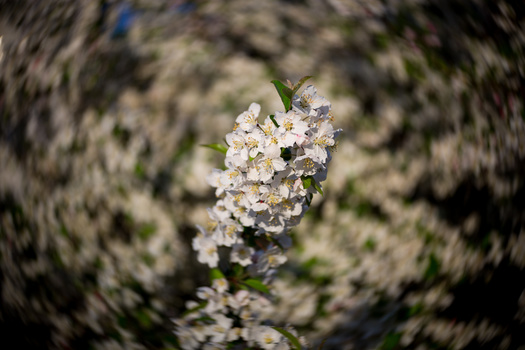 A wide aperture and the swirly effect can make for a striking composition in the right circumstances. This comparison shows the difference between f/2.5 and f/9.

Slightly off-center compositions are possible, but you must be particularly careful with subject placement. (1/250 s, f/2.8, ISO 160)

Altogether, the Twist 60 is a fun and interesting lens to work with that can be an invigorating shot to your creativity. At $279 for the full version or $179 for just the optic if you already have the Optic Swap System, it's also very reasonably priced. It's available in Canon, Nikon, and Sony mounts and can be purchased here.

"No aperture information in EXIF data" I don't feel like this should be a con. This should be understood when using a fully manual lens.

Thanks for the review. Ive been interested in this lens since it was announced and this is the first review I've seen. I wonder how the IQ and swirl effect compares to the other Petzval lens.

My pleasure, Chris! I actually owned the Lomography Petzval 85 for a while. This lens is far more usable in terms of shooting, both when it comes to focusing (a much easier and precise ring) and setting the aperture (no drop-in plates). In terms of the swirl, it's a bit subtler with this one, but as you can see, it's still a very pronounced effect. Lastly, in terms of IQ, I definitely prefer the color and contrast out of the Lensbaby, and they're about evenly matched in sharpness.