How I Got Over 900 Million Views on Two Different Photos

Back in 2015 I was pretty active on Google+ and most of my posts would get over a hundred plus ones, which are basically the same as a like on Facebook. Getting this much activity on a public post meant that more people were likely to see it. Eventually this pattern resulted in five photos being selected and featured by Google on Chromecast. While I was excited about the honor, I had no idea how many views would come with it.

Checking out your view count used to be a great part about sharing on Google+. They have since removed the feature, and replaced it with a section called "Your Influence" which pales in comparison in my opinion. I used to get somewhere around five to ten thousand views per photo. This number could jump to 50 or even 100 thousand in rare cases that a number of shares occurred.

The first photo I had featured on Chromecast was my Niagara Falls sunrise photo. It gathered around 32 million views before being retired. I was blown away. This was way more views than I had ever received on Facebook, 500px, or Flickr.

When I received the notification about my first Cape Cod sunrise photo I knew I'd have to start checking the views right away to see the impact. This is where things got crazy. I got another notification the next day so now I had two Cape Cod sunrises showing on Chromecast and from what I hear Google Hangout backgrounds as well. The views were climbing in ridiculous chunks everyday. It quickly broke all my previous records and kept at it day after day. This stayed this way for a few weeks, until they both finally were retired after getting over 950 million views a piece.

Here is the first image selected July 23, 2015 and the corresponding email: 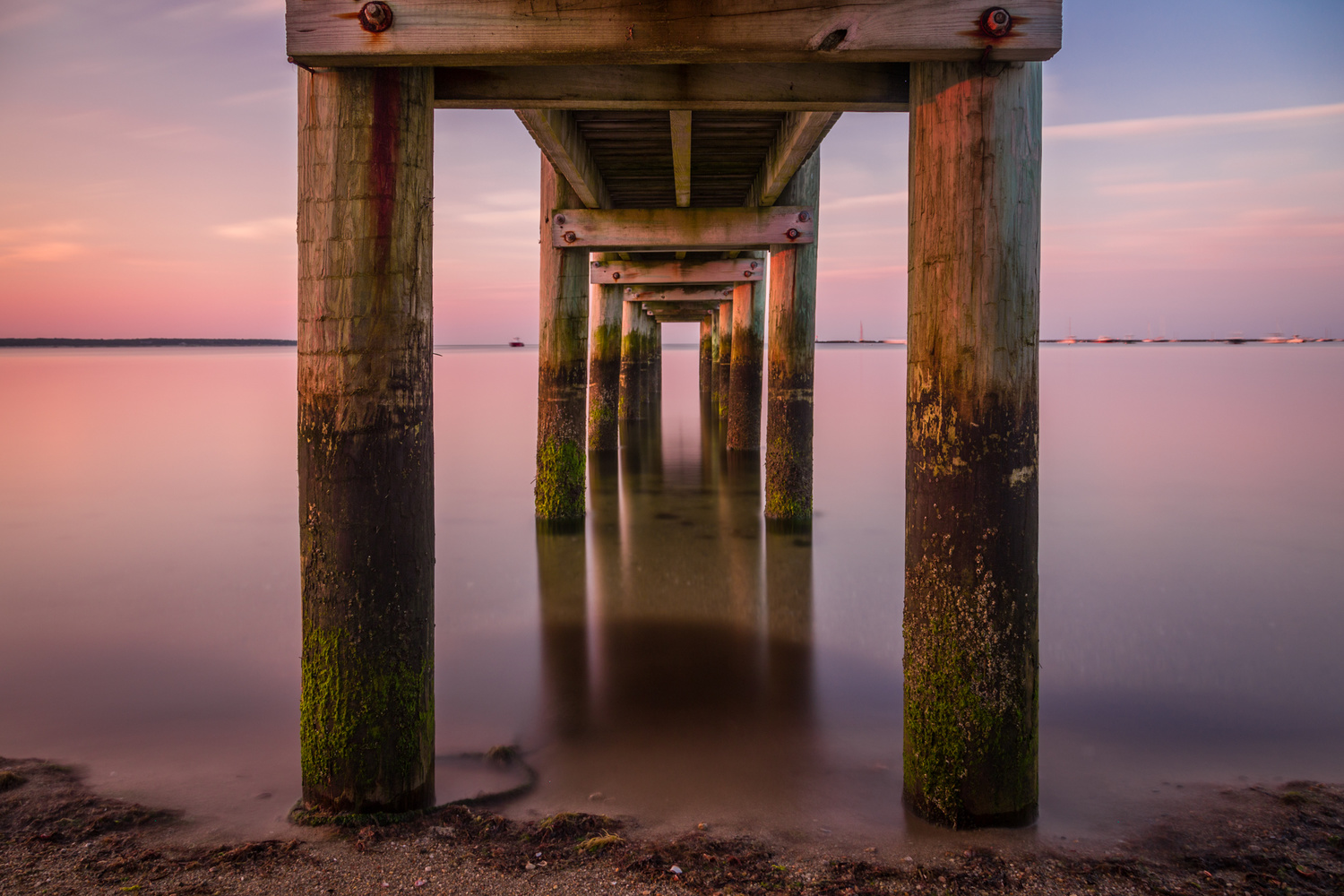 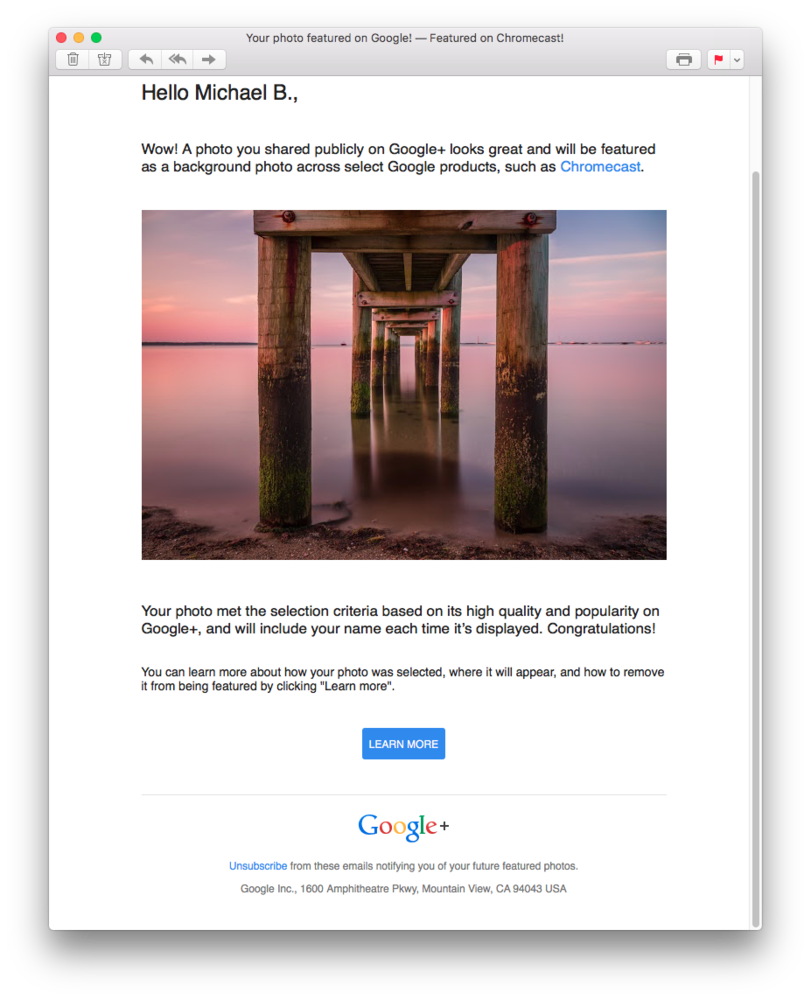 Here is the second image selected July 24, 2015 and the corresponding email: 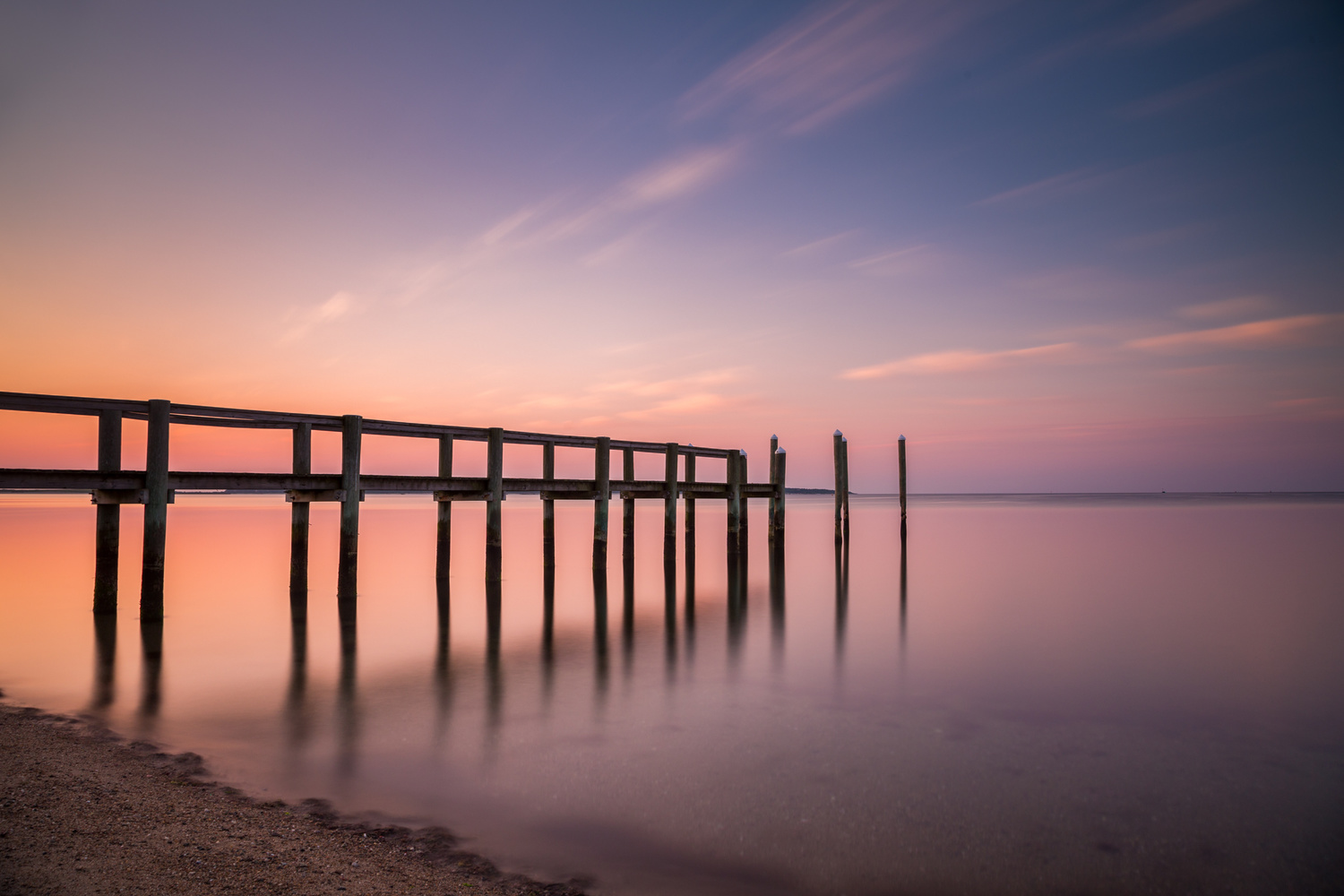 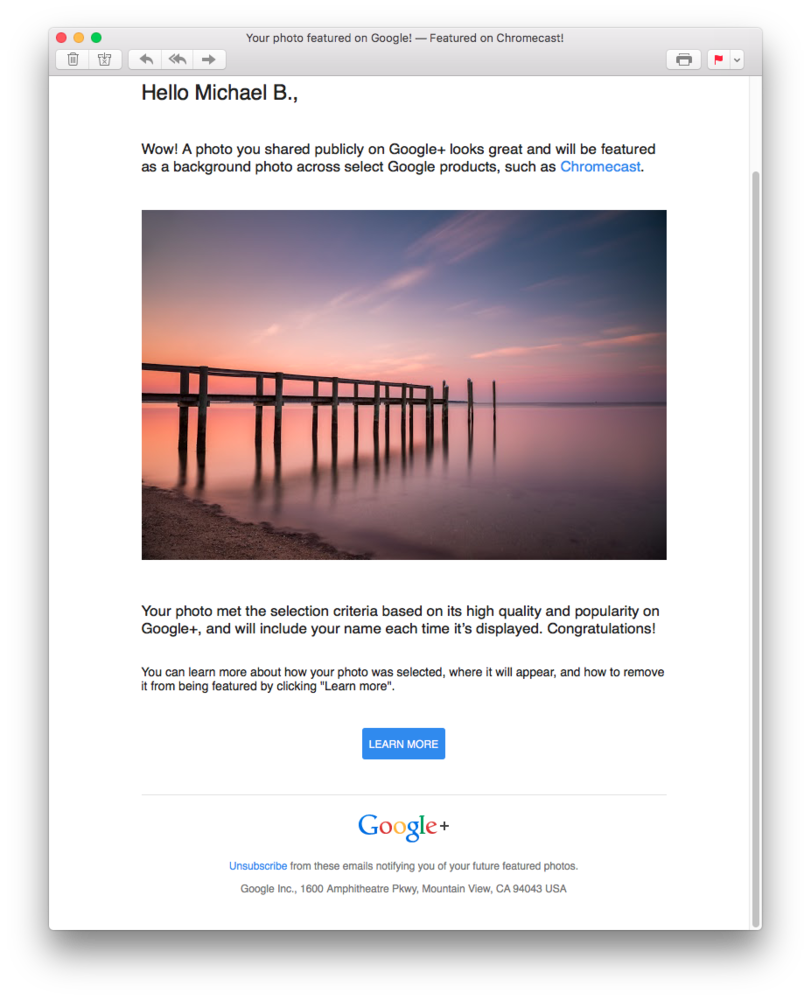 These photos were both captured in the Cape Cod sunrise I described in "There Is Nothing Like Photographing a Sunrise [Part 3]."

Oddly enough I posted a before and after reprocess of the under the dock shot almost a year later. That was also selected for Chromecast proving that either the selection team, or the algorithm really like docks.

Here is the third image selected July 24, 2015 and the corresponding email: 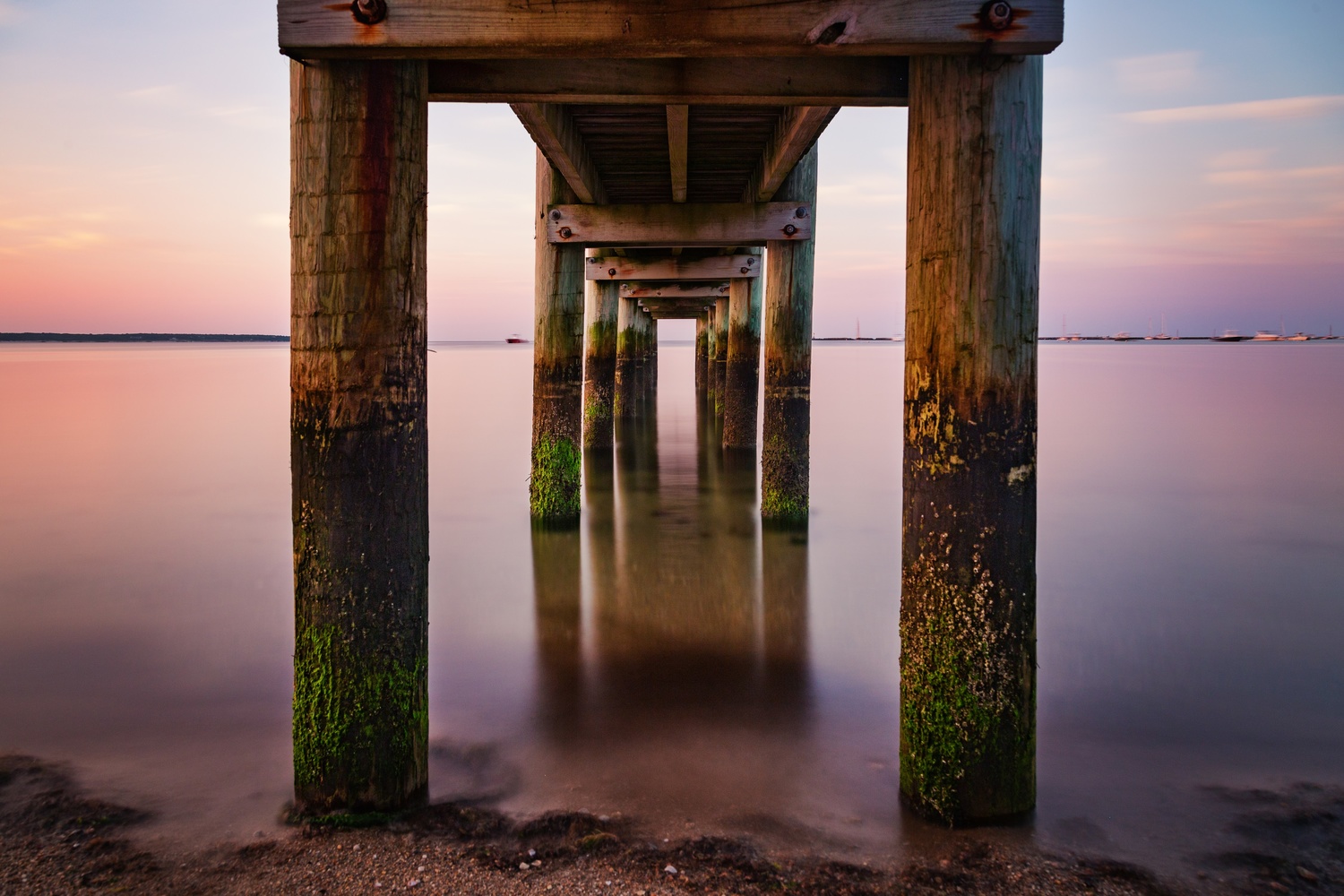 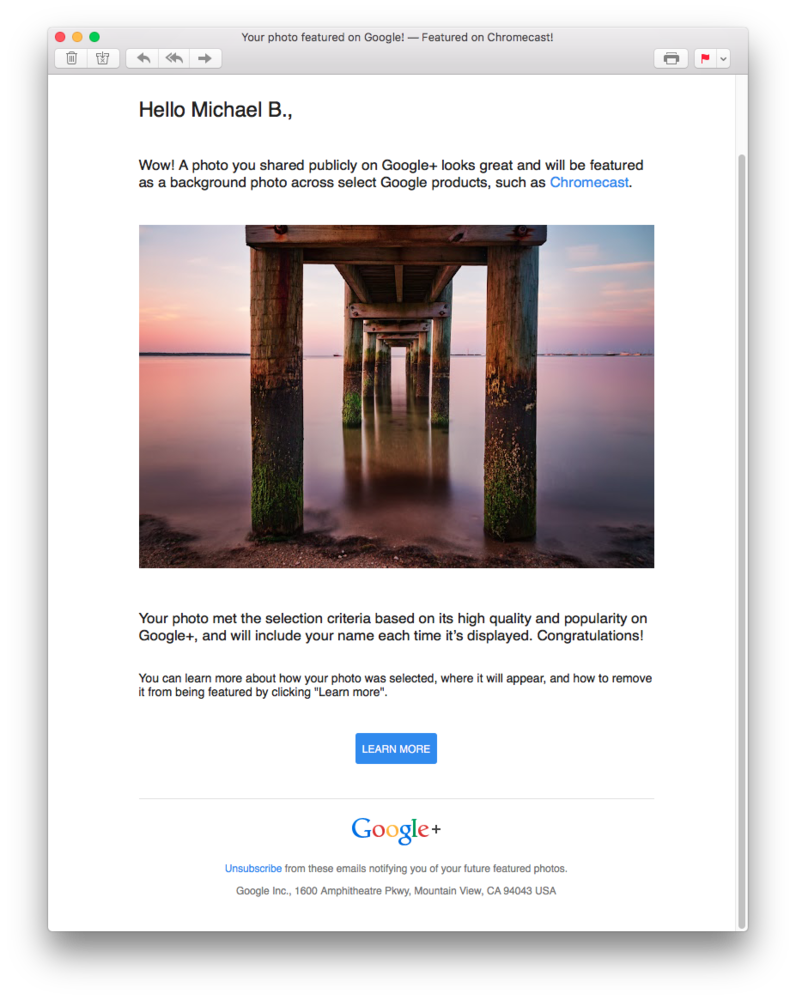 Now I don't have actual screenshots of the view count under the photos as proof, but I did grab one of my total view count on the profile page before they took it away. 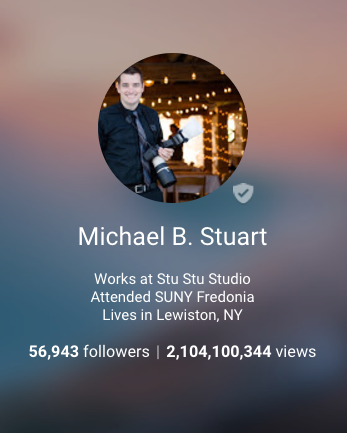 Over 2 Billion views thanks to my two Cape Cod photos!

What do all these views really add up to? Not much except another number to throw in a bulleted list. Every time I tell someone about it the first question is "do you get any money for that?"

If you want to se more about how Google selects the image it features there is a help page here.

On a related note I actually shared this info on Quora as an answer to "How can I get my photo featured on Google's Chromecast screensaver?" and it's my most popular answer with over 17 thousand views.

Images thoroughly deserved the views! Those numbers are crazy!

Curious, do you have any metrics or sense in how being featured in the google screensaver had any impact on your other metrics? Aka did being credited in the corner ever actually convert to new fans/followers/etc? Have you seen any upswing in your social media presence that correlates with these massive view counts?

Great question, I'd like to know that too. Must be helping SEO at the very least?

No one clicks the name, so no SEO. Plus it would only go to G+ profile

Ryan I wish I could say there was an impact. I would say almost nothing changed. I'd imagine some people get featured and never even notice.

Hi Michael, We are a giant multi-billion dollar company, but we are to cheap to actually buy photographs, thanks for letting us use yours for free. I hope you landlord excepts likes for rent payments.

Great images, but what's the point of this post? All I learned is that you managed to have a few images popular enough to be featured on Chromecast and then your views exploded.

No information on how it affected your business, or how to use this to get your website more present online, etc etc...

The only little bit of info would have been to know how google selects those images, but you just linked the help page...

"and from that day on the phone never stopped ringing..." I wish I could say that! Unfortunately there was very little, if any impact. I guess the point might be to not get caught up on view counts right? Thanks for reading and commenting.

Thanks for sharing your story Michael. I agree it does go to show how these huge numbers actually mean nothing in and of themselves, in terms of assisting the photographer in their business. But you have some cracking photos and an interesting story to tell out of it all.

Gents / Ladies, this is the typical age-old story of art + commerce and where it intersects. or frankly, where it doesn't. Michael, your photos are beautiful, we all agree on that, but as a few of your responders have mentioned, you've gotten not much more than a hollow accolade for the free use of your image. And while some might say, "yes, but look at all of the attention he is getting", many others like me say, "all it's done is created an image snatching monster for the sum of zero dollars paid". Essentially, this type of transaction, along with the royalty-free world of Getty Images, Shutterstock and the likes have contributed to the destruction of a once prosperous photographic industry.

Hoping this comment of mine doesn't come off as gloom and doom end of world preposition, but after 32 years in this amazing industry- a lot is changing is the new digital paradigm and is doing so with transactions exactly like this.

Okay, blast away at me now, I know I have it coming. LOLOL

What you wrote was my first thought also, and I'm sure many others. I agree with you.

The alternate view is that (according to his bio) this guy is a wedding photographer, and so his ability to tell clients "my photos have literally billions of viewers" is something he can use to market his business. In such a competitive world, many brides will love telling their friends how amazingly popular their photographer's photos are. "My wedding photographer gets billions of views on his photos, how many does yours get" is something a lot of brides would find a desirable thing to communicate to their peers.

And so, his story (including this article on Fstoppers, that people considering engaging him as their wedding photographer can now find) is potentially a marketing boost for his business.

You said it a bit yourself "What do all these views really add up to? Not much except another number to throw in a bulleted list." - But could you see a change in traffic on you webside? I often see those beautiful pictures on Google Chrome, but it really annoys me i can't press a link to see more of the the photographers work.

First rule of the internet: never believe anything Google puts a number to.

Whoever titled this article needs to learn what the word "How" means. There is no "How" he did anything in this story.

Sorry for that Mike, do you mean how the photo was shot or how it got selected?

No he means there is no "how" to anything in this post.

There is absolutely nothing of value in this post, much like the amount of view you got.

I challenge you to find 1 thing in the body of the article that I didn't learn from the title...

I think you'll find there is a "How".

Can I just check? Did google give you anything for the photographs?
Hopefully it wasn't just "Good Exposure".