How Many Megapixels Do You Need to Print a Billboard?

How many megapixels do you need to print a billboard? Much less than you probably think.

Every year, our cameras are packed with more and more resolution. When asked why we need this many megapixels, most photographers use the same excuse: "well, I need the extra resolution in case a client wants to print one of my shots on a billboard." Is this true? Haven't billboards been around for hundreds of years? Long before 50-megapixel cameras?

Before we get into the exact resolution needed to print a billboard, let's talk about ppi vs dpi. Most of us use these terms interchangeably, but they aren't technically the same.

PPI is pixels per inch, and as photographers, this is what we are most accustomed to. A pixel is simply the smallest unit of a digital image that can be captured by a digital camera or that can be seen on a digital display. A "megapixel" is one million pixels and by multiplying the vertical and horizontal pixels of an image, we can determine how many pixels we are dealing with altogether. The Nikon D850 will produce a digital image that is 8280 pixels wide by 5520 pixels tall. If you multiply those two numbers, you will get 45.7 million pixels or 45.7 MP.

The important thing to remember is that an abstract pixel itself does not have a physical size; it's simply the smallest unit of a digital image.

Pixels per inch becomes useful when we take a digital file and bring it into the real, physical world. Let's use a computer monitor as an example. Our computer monitors have a fixed resolution. A small 1080p monitor will have more pixels per inch than a larger 1080p monitor even though they have the exact same amount of pixels (1920x1080). A 4K monitor will have two times the pixels per inch of a similarly sized 1080p monitor. This means that the same image viewed on different monitors will appear to be different sizes and will have a different ppi based on the pixel density of that specific monitor. Printers are slightly more complicated because they can't produce individual pixels, instead, they must mix tiny drops of ink to reproduce these pixels.

DPI is dots per inch, and although most photographers and designers use DPI to describe pixel density, it's technically supposed to represent the resolution of a printer. Many printers only have four colors: cyan, magenta, yellow, and black, but miraculously, they are able to produce the millions of colors in our photographs. To do this, the printer squirts out billions of microscopic drops of ink. Together, these drops (or "dots") are able to recreate the pixels that make up an entire image. Have you ever noticed that your photo printer has a draft, normal, and high-quality print setting? In most cases, these settings are changing the resolution of your printer. But let's assume that for all of your prints, your printer will be set to the highest quality. This means that regardless of the image that you are printing, the DPI or dots per inch will remain constant whether you are printing a high or low-resolution image.

As you can see by the chart above, the human eye is only able to resolve a certain amount of resolution based on viewing distance, and there is an equation we can use to figure this out:

If we were to use this equation to figure out the maximum resolution the eye could see at one foot (12 inches), we would get 573 PPI. Although some photos are printed at 600 PPI, you have to ask yourself: how often are people standing 12 inches from a photograph? As we double the distance from the print, the human eye is able to resolve half the detail. This means that at two feet, you will only need 300 PPI of resolution and at 10 feet, 60 PPI. Some fine art prints can be enjoyed at a distance and up close, and so, ultra-high-resolution prints may be called for. Billboards, on the other hand, are never enjoyed up close, and viewing distance plays a huge roll in deciding print resolution.

What Is the Viewing Distance of a Billboard?

The data I have found online suggests that the average billboard is viewed from 500 to 2,500 feet away. As we can see by the chart above, once we get beyond 650 feet away, the human eye can only resolve one pixel per inch. Going all the way out to 2,500 feet, a billboard would only need .229 ppi. This means each pixel would be about 16 square inches.

How Many Megapixels Do I Need to Print a Billboard?

In the video above, we are standing approximately 150 feet away from the print. From this distance, we were significantly closer than you would be to the average billboard while driving down the highway, but even from this distance, we would only need four pixels per inch to produce a sharp looking print. The billboard itself is 14 feet x 48 feet in size, which comes out to 96,768 square inches, and we want to multiply that by 4x4 pixels (16), and we come up 1,548,288 pixels or 1.5 MP. At a viewing distance of 2,500 feet and approximately 16 square inches per pixel, that's only 6,048 pixels or 0.006 MP. Even at a closer viewing distance of 650 feet, that's 0.09 MP. The Nikon D850 has about 472 times that resolution.

But this makes sense, doesn't it? Billboards have been around long before these fancy DSLRs. Did billboards use to look blurry, and now, with the creation of the Nikon D850, become ultra clear? Of course not. The truth is that billboards are probably the lowest resolution images we come across on a daily basis.

So, Megapixels Are Worthless?

Not necessarily. If you were only shooting images for billboards that were going to be viewed at over 100 feet away, you probably wouldn't need a high-resolution camera, but some ads are printed large and can still be viewed at close distances. I always liked viewing the wall-sized ads in the subways and bus stops of NYC. Sadly, even these ads never seem to be printed at a very high resolution. But maybe one day, a company will come along and start printing ultra-high-resolution subway ads, and if you have an expensive new camera, you'll be ready.

So what is all of the extra resolution good for? Are you printing gigantic wall art that can be viewed from a distance and up close without losing perceived resolution? You're not? Well, then you probably don't need a 50-megapixel camera. But hey, it's nice knowing that if you ever wanted to make a print that large, you could.

but the Nikon D850 is new and shiny and the kid next door bought one so i need it. i notice photographers these days are more doing the " i got a bigger dick i mean camera then you have show" than actually creating images that are worth it,.

Oh but you need to switch to Sony.

like OMG,. im old school i still shoot with a classic nikon D750,. DSLR its doing a comeback.

like nikon D850 outsold the Sony 7R3 by a landslide. i notice prices dropping on the sony and you can now even buy them per lease with 0 % interest,. but i know what you mean. new is better because the advertisements say so. and you cant take pics on a 2 year old camera right ?

Oh but if you don't shoot Sony you're no good!

yeah right, thats what the advertisements said,. OMg, i have to switch now. atleast until next version ill be an amazing photographer cause my pics and skill will double over night just by opening the new shiny sony camera box,. oh joy,. (tears in eyes out of sheer joy )

I actually am interested in getting like a Fuji as I only hear good things about them and I would love to get a mirror less camera so as not to be taking my DSLR everywhere with me all the time.

Yeah I was also looking at that one as I want a camera for video too and 120FPS looks fun haha.

I have a small dick, but I don't care. I can do amazing things with my small dick. I can take out my small dick in public and shoot all day and nobody really notices. I would like a big dick but generally, people find those intimidating.

#camerasizematter starting a new movement, i have a sign and i can scream real loud

This was a great article. One of my clients I do design for does billboard prints for their club in Atlanta and thats how I started to catch that you really don't need all the resolution. I figure about the only time I actually catch the resolution is when I walk by an Abercrombie or some other retail store that show cases a huge hero image at the front of the store. Great content!

Even subway billboards are changing as they go digital so there is even less need to get a high MP camera.

Of course, if you're doing art prints IMHO, then it quite essential.

Thank you! I've been wondering about this for years. I was certain that *distance* would play the biggest part in the "what if you wanted to print a billboard" megapixel argument. 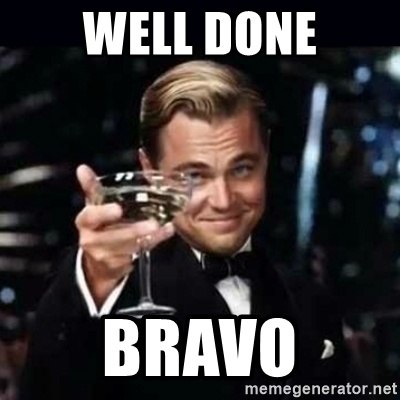 Great topic and article/video! Very timely for me as my company is starting to do very large banner ads at events. Great info!

Well hold on now... we could use that affiliate commission ;)

The D850 is an amazing DSLR camera body that has an impressive list of features and specs, however if you are only buying it for the resolution, you should probably save your money. You need to be a pretty accomplished photographer to utilize the capabilities of this camera.

YES!! This is a great article! I will direct people to it when they question me "but you've only got 20MP?"

Someone had to finally say this. Well done, Lee!

Reading mainly Fstoppers, it's the first time i see it here. And, by the way, most of us, who work professionally, know this information very well. It's nice to have it well organized and said out loud on this website too.

Those of us who need to know, do. But it's all good.

Great video and article. we have a lot of grand format printers in house. sometimes its hard to make a client understand they don't need such high resolution for their 10'x40' banner. LOL 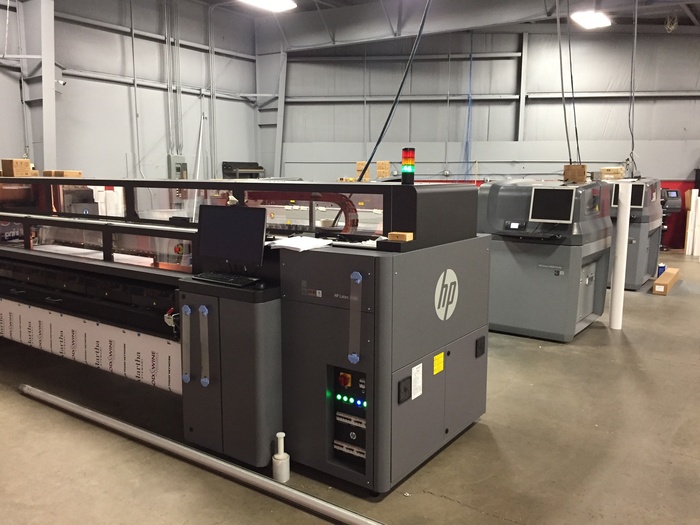 we also have a couple 16' wide printers. 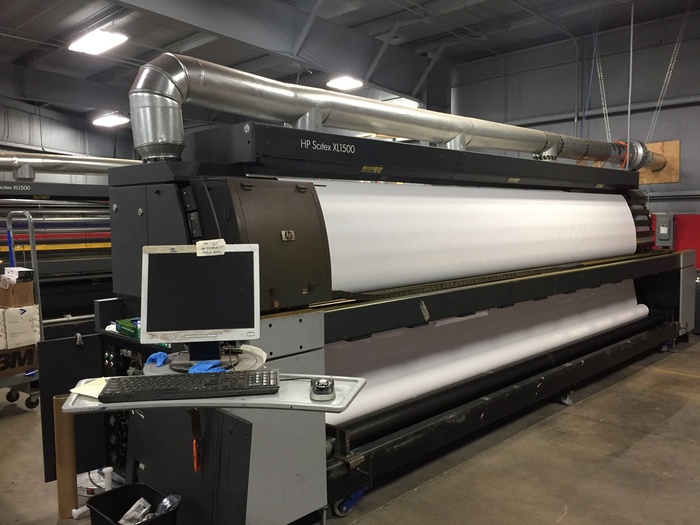