Landscape Photography Should Be About Adventure, Not Trophies

Landscape photography used to be about discovering new places and creating incredible images that no one had seen before. Nowadays, it feels like it's more about checking the location tag of something spotted on Instagram and photographing a scene that has already been shot to death.

Last week’s video from Thomas Heaton made for some uncomfortable viewing: 30 photographers all jostling for position in order to capture a scene that the conditions simply weren’t going to offer. The scrum, Heaton describes, “was not friendly,” and needlessly so, as the results would never come close to matching what countless others had already shot in much better conditions.

The thought of sharpening my elbows to try and squeeze myself into position to get this shot alongside 30 other rabid photographers is abhorrent. I can understand wanting to grab a nice photo, but anyone serious about landscape photography must surely appreciate that there’s more to it than buying an expensive camera and joining a queue.

Of course, it's fun to gain the experience and pride in capturing something iconic, but there must be something more satisfying to be gained from creating an image that you’ve had to work for, rather than walking less than a mile from a parking lot to sit alongside everyone else who’s had exactly the same idea that morning, just like those the previous morning, and no doubt the next.

These classic locations are bound to draw a lot of interest from photographers, and when social media — Instagram in particular — is so keen to reward repetition (originality is dead, it seems), it’s no wonder that queues are starting to form. That view of the Mesa Arch is on its way to becoming as hackneyed and worn out as photographing your other half pretending to hold up the Leaning Tower of Pisa. Arguably, the Tower of Pisa requires more effort as most people get on an airplane and travel to a different country, and at least those tourists understand what they're doing — regurgitating a tired old cliche for a bit of fun. 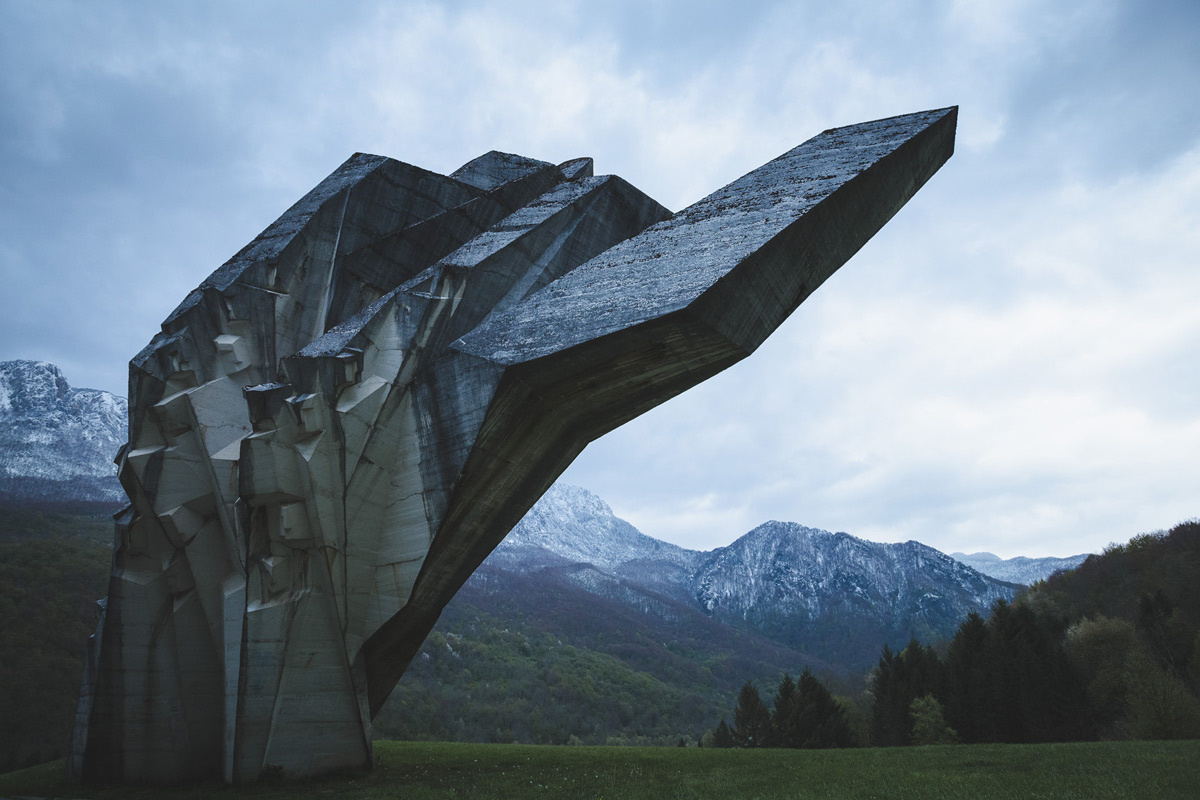 The democratization of technology is certainly a contributing factor. Never has so much photographic equipment been in the hands of so many people, and the urge to go and grab a pretty picture — however unoriginal — is inevitable. We look back fondly on the time when photographers were pioneers and iconoclasts, seeking out incredible locations and making beautiful sights available for consumption by the masses. As Fstoppers' Patrick Hall pointed out in response to Heaton’s video, with the increasing number of photographers and the lower cost of travel, the proportion of those with a sense of adventure is greatly diminished, suggesting that most photographers today are risk-minimizers rather than risk-takers. There are still plenty of pioneers, but they are vastly outnumbered by those who are absorbed by the pleasure gained from the outcome rather than the process.

The thought that so many people play it so safe with such groundbreaking technology is somewhat depressing.

Wanting to take a photograph is in itself a great reason to go on an adventure. Why then, are so many people happy to follow the crowds and stack their tripods up in front of something that really does not need to be photographed ever again? Of course, pretty much everything has been photographed (my images being no exception), but these shortcuts to trophy images mean missing out on so much of what makes photography so rewarding. 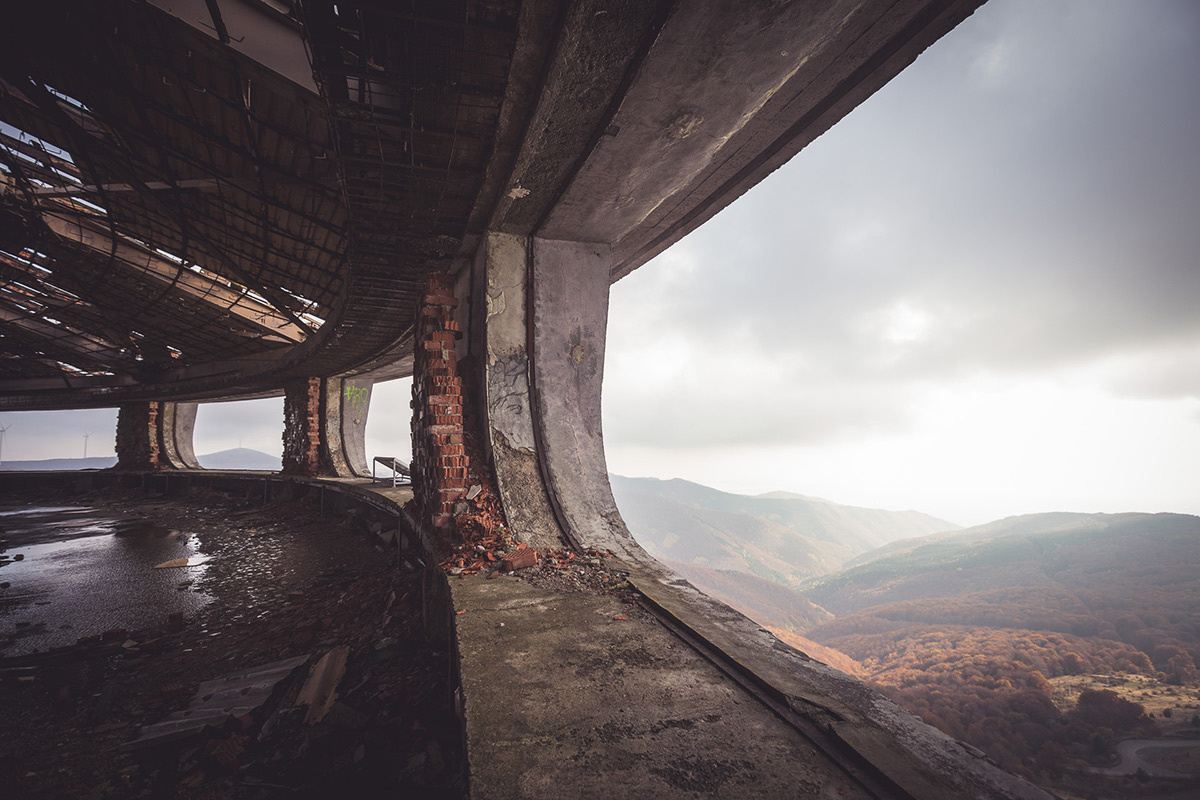 Social media is certainly a factor, but be warned: the competition for cultural status and ever-growing validation is hollow and short-lived. Here is my plea: take photographs for the adventure, not for your Instagram profile. Why? Because photographs are more than trophies. You have a choice of where you will be in five years: jaded about Instagram and with a load of undiscerning followers whose likes will never translate into commissions or sales, or sitting with a hard drive full of incredible memories after five years of adventures that have enriched your life and taken you to places that you never thought possible, connecting with the world at a human level rather than through the lens of social media.

Pack light. Get lost. Take a chance that you'll come home with nothing. And as Thomas Heaton put it: “Let’s break out the long lenses. Let’s go and explore." 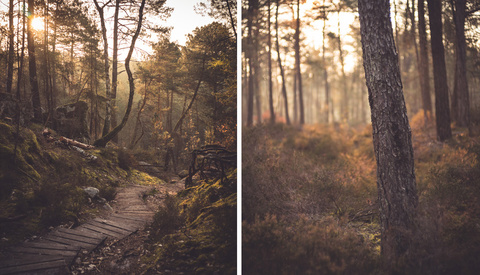 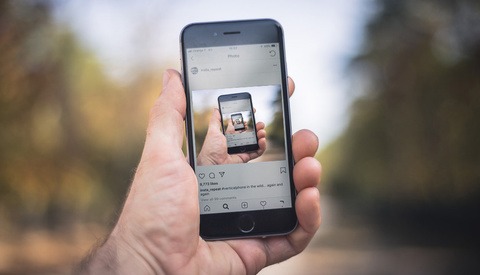 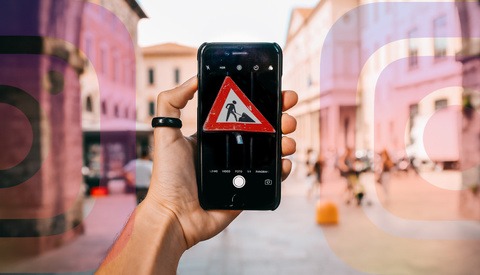 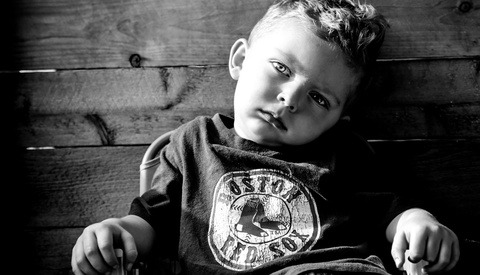 Opinion / September 1, 2019
Organic Growth for Photographers on Social Media Is a Sham 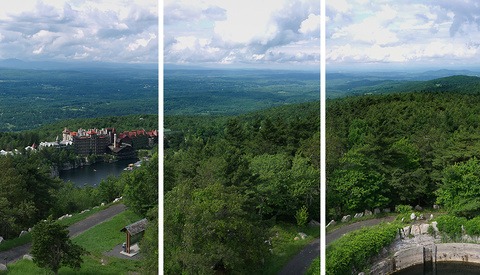 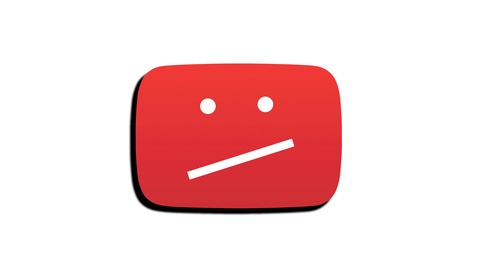 Education / June 19, 2020
The Five Worst Parts of Being a Full-Time Landscape Photography YouTuber
Log in or register to post comments
23 Comments

Dubious Premise
"Landscape photography used to be about discovering new places and creating incredible images that no one had seen before."

False Dichotomy
"You have a choice of where you will be in five years: jaded about Instagram and with a load of undiscerning followers whose likes will never translate into commissions or sales, or sitting with a hard drive full of incredible memories after five years of adventures that have enriched your life and taken you to places that you never thought possible, connecting with the world at a human level rather than through the lens of social media."

Questionable Conclusion:
"Landscape Photography Should Be About Adventure, Not Trophies"

Landscape photography is many thing to many people.

Didn't spot the "opinion" tag, then.

What does the "opinion" tag change?

Ha. Nothing. But next time maybe just write "I disagree" and save yourself some time. 😂

EVen when "opinion" is tagged, a higher level of discourse could be used.

If any and all opinion are equal, regardless of structure or shortcuts in the logic (not saying it's the case here) than what's the point?

Nah, I rather enjoyed what he typed out. It was insightful, and thought out. Just because you used an opinion tag doesn't mean jack shit. You posted an opinion piece on a website that offers up comments, hell it encourages them. Then, after someone does comment on what you wrote you come sliding in to put the commenter down? Man, it sounds like maybe public articles, opinion or not, maybe isnt the place for your discourse since you dont seem to want ANY feedback other than praise.

Thanks for your thoughts, Jeff, but please check the other comments. Plenty of others have disagreed with me and I've responded positively. I'm all for disagreement but I prefer it to be constructive (in this instance, maybe an explanation of why my premise is deemed dubious) and without the snark.

As an adventurer who happens to enjoy taking photographs, I completely agree with these words. I would add that for me, certain styles and techniques get more attention than they deserve even within the photography community. For example, the long exposure waves crashing with sunset and old pier. It's aesthetically appealing, but there's no originality, no sense of adventure. My personal opinion of course.

Andy, You should get paid for this article thus I've given you my approval.

I agree with much of what the writer expresses, but don't buy into the adventure part. At nearly 77 years of age I've had my adventures, but still pursue landscape shots. What I pursue is truly elusive game -- the view that hasn't been seen before, but is every bit as worth seeing as the best shot of the same subject. The quest is to have a vision that is yours that is not only creatively your own, but will be appreciated when shared.

When I read articles like this it makes me feel that we unnecessarily over talk and over analyze things. Photographers are in various stages of development. Hence, each is going through a phase that dictates what they choose to shoot. In that phase where you finally know how to use a camera and have some basic composition skills, it is quite natural to photograph things that you've seen others do. I consider that the validation stage. Eventually, you move up the food change to the desire for originality. I started out in the film days where you really had to learn a lot of skills in order to be competent in the medium. Digital, frankly, has made it easier for many new entrants to participate with a lot less skill and far better technology. Therefore, you have this flood of photographers going through their progressions. Ergo, the flood of images. Plus, social media has increased the issue exponentially. Because of these things, there are millions of photographers out there shooting the same things. It's pretty hard to lecture to the hoards as to what they should or shouldn't be doing. The truly talented always find a way to the top of the food chain. Sometimes we should just let the waters seek their own levels.

Probably because for some people, it HAS translated to dollars so they try to emulate these people. It's the same way that some people actually become pop stars or make millions from throwing a ball through a hoop. The fact that the possibility is there means that people will pursue it (and the vast majority will fail)...

I agree. Just pointing out that it's worked for a few people who are probably laughing their way to the bank. :/

Because that wouldn't fit the convenient and overdone "bash/blame social media for the world's woes" narrative.

"Landscape photography used to be about discovering new places and creating incredible images that no one had seen before. Nowadays, it feels like it's more about checking the location tag of something spotted on Instagram and photographing a scene that has already been shot to death."

That's because you are confusing actual landscape photography and people taking really polished snapshots of their vacation.

Completely agree! One of my favorite pieces of photography gear is my Jeep. With it, I've been able to get to places that most will never gain access to . . . step one in putting the adventure back in landscape photography!

Has not much to do about 'opinion' or 'agree to disagree'. Perhaps much more to do with individual choice.

I am pretty damn sure that the first, many, landscape photographers weren't thinking about trophies when doing their work. Now, yes there are those who go after trophies, but I feel that while they are looking for 'that' location, driving and/or walking in the presence if such beauty, they do appreciate and admire the lovely views around them. If this 'adventure' becomes secondary to their trophy hunting, then it at least has touched them in that capacity. I never have or ever will seek after trophies ir awards. It cheapens me, causes me to look for the ultimate grandeur for the wrong reason and makes me miss out on so many experiences. Besides, all photos are subjective to the viewers, judges. So with that, trophy hunting is not truly in anyone's hands.