Meet the Creative Who Helped Shape the Outdoor-Action Photography, Storytelling, and Filmmaking Industry

Canadian creative Jordan Manley is a master of capturing artistic, storytelling moments in the outdoors through both stills and motion. Find out some tools of the trade and learn what makes him tick.

Manley lived in Toronto until he was about 12, where his foundation of outdoor recreation and nature adoration began to form. Before moving to mountainous British Columbia, Manley sailed often on Georgian Bay with friends and family. “Although the landscape lacked mountains, it was beautifully sculpted and I think being out in the environment had a big impact on me,” said Manley.

In Vancouver, B.C., he began mountain biking and skiing in the Coast Mountains, and in high school started documenting the activities using his dad’s old Pentax 35mm film camera. The creative didn’t take classes in the craft, but rather taught himself through experimentation and self-education.

Eventually, Manley began submitting photos to magazines and started gaining clients. “I took about nine years to finish my degree in political science and sociology because I would mostly attend in the fall semester and work on photography the rest of the time,” said Manley. “It became a little tricky toward the end when I had to balance clients and schoolwork.” 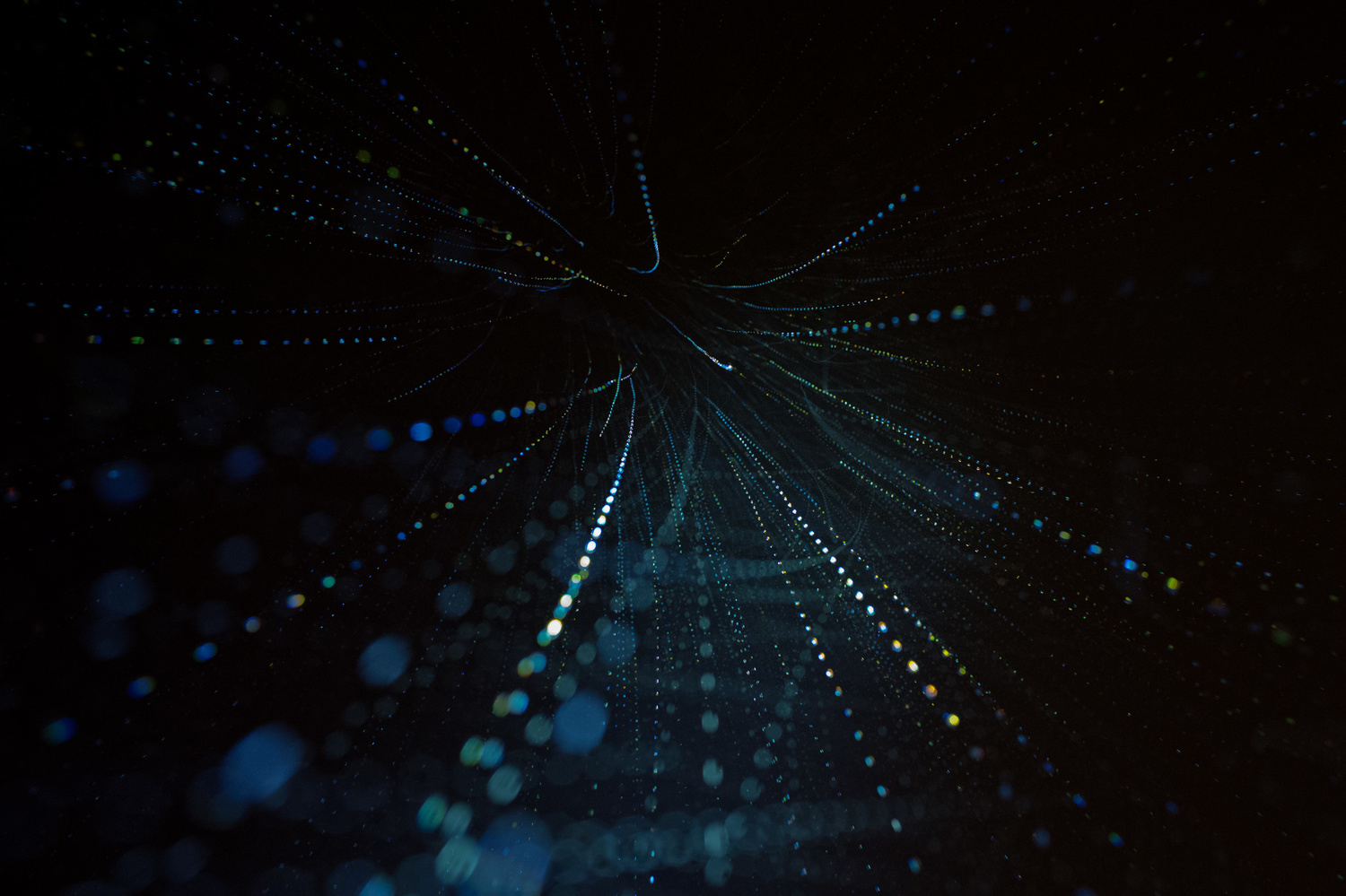 While educating himself on both photo and video, Manley’s editorial work garnered attention while also earning him new connections in the industry. Manley’s humility and thoughtfulness puts his already breathtaking work on a tier above the rest. His photography has since been published in Powder, Bike, Outside, National Geographic Adventure, Backcountry, ESPN, and the Wall Street Journal, among others. Although he probably wouldn’t tell you even if you asked, he also became senior photographer at both Powder and Bike magazines by age 24.

What makes Manley’s coming onto the scene even more impressive is that it all happened in the era before Instagram and other social platforms existed. “My number one marketing tool was getting my best images out there,” said Manley. “For me, it’s daunting to think of starting now. I like the democratic nature of Instagram, but it’s also a different beast. It’s a well-trained photo editor’s job to select images for depth and feeling and something substantive while Instagram promotes uni-dimensionality and popularity.”

Early in the creative’s professional career, he developed a personal relationship with the Vancouver-based outdoor company, Arc’teryx. Manley approached them about an idea for a film series dubbed, “A Skier’s Journey,” which follows professional skiers Chad Sayers and Forrest Coots around the world as they immerse themselves in different cultures and environments. Arc’teryx did not have a massive budget and Manley did not have any previous video work to show, but the company took a chance on the creative and funded his project.

“I looked around at ski films being made at the time and people were doing a very good job, visually, of communicating the best skiing around the world and the best skiers doing it. Though, I felt like a lot of films would go to far-flung places but wouldn’t actually dwell in the place — they’d just capture the mountains and show superficial elements of travel experiences,” said Manley. “The films existed in spite of really unique destinations that they were in which bugged me a little. I felt like the skiing was great but I wanted to dive in to the experience of traveling to those places, and, as much as possible, dig into what makes the landscape and culture unique."

Beginning in January each season, Manley and the team took about three weeks for each trip ranging from culturally-rich places such as China, Japan, and Dubai, to the Baffin Islands, Kashmir, Iran, and Argentina, among others. “I was inspired by Mike Douglas and Salomon TV. They were the first people to do a good job of episodes online as it was a brand new concept at the time,” said Manley. 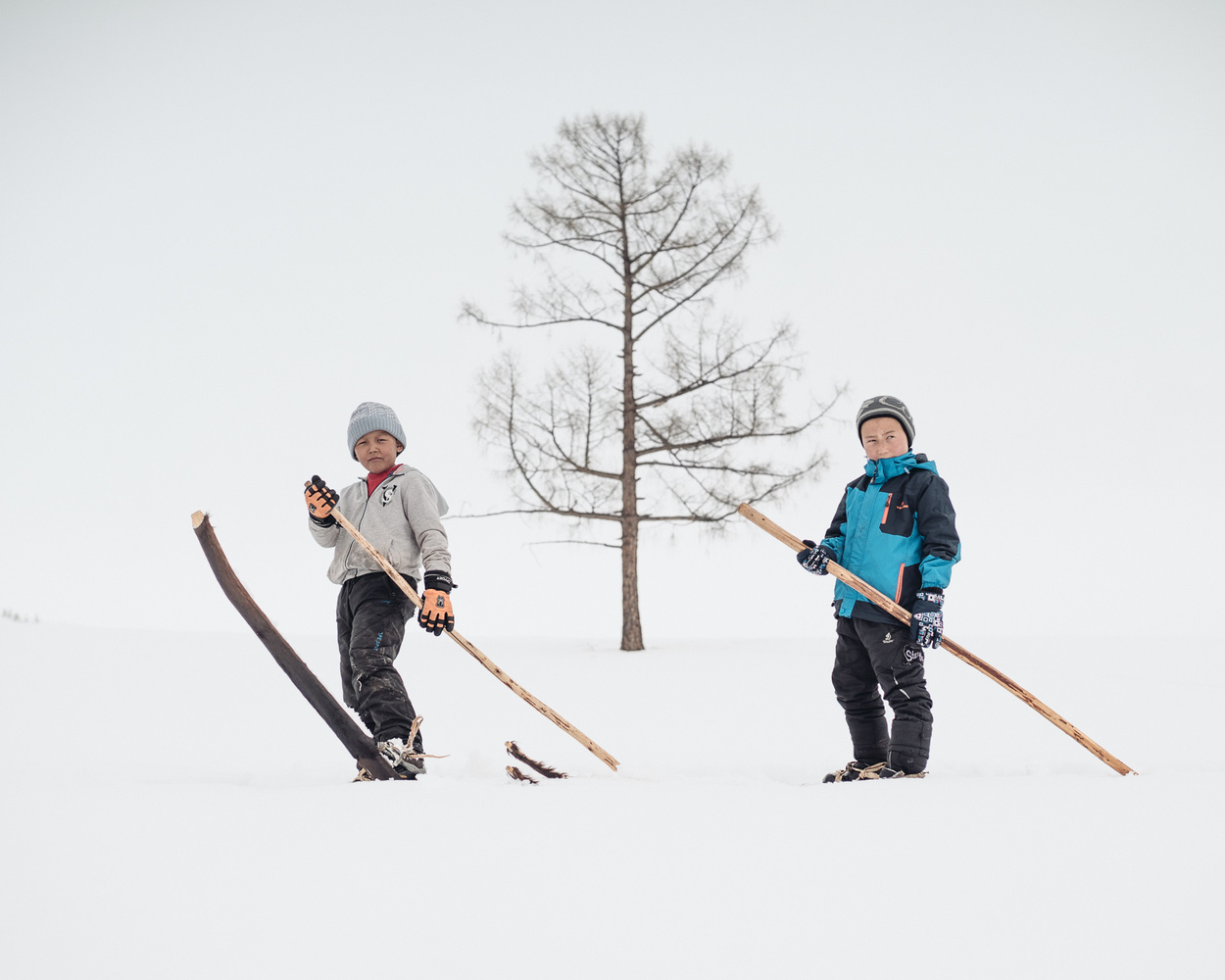 Although the series is titled “A Skier’s Journey,” skiing tends to fill minimal space in the show’s length. What makes this film series unique is that it’s not simply about chasing face shots in deep powder around the world — as most ski films are — but rather about learning of different cultures and the history of skiing in various places. Through “A Skier’s Journey,” Manley was able to fantastically and artistically capture the humanity in a pursuit that’s now often over-commercialized by the biggest brands and newest gear. The episodes remind us why we love the natural world and the people who choose to dedicate their lives to the snow and cold.

When discussing important aspects of storytelling, Manley notes curiosity and preparation as mandatory elements: “I think it’s important to be curious and dive into work that you’re interested in, otherwise you don’t have the motivation to put in time and effort that good work needs,” said Manley. Plus, in “A Skier’s Journey,” Manley put in countless hours of pre-production research before heading to different places around the globe.

More recently, he worked with Patagonia to put out a new (and another absolutely breathtaking) film, “Treeline.” The film is described as following “a group of skiers, snowboarders, scientists, and healers to the birch forests of Japan, the red cedars of British Columbia, and the bristlecones of Nevada, as they explore an ancient story written in rings.”

The film’s idea stemmed from Manley’s love for trees and the natural world. In younger years, the creative had the idea of creating a story or book completely centered around tree skiing in different parts of the world. The thought remained on the back-burner while other work piled on, but “Treeline” eventually came into fruition after Manley’s friend and Patagonia ambassador, Leah Evans, proposed the film idea to Patagonia. “I didn’t even know she put my name on it,” said Manley. “I got a call one day that they selected the idea and wanted to film.”

The original idea, though, was for a photographic story, not a motion picture. Although the concepts in photography and filmmaking of simplifying a complex topic and creating a beginning, middle, and end are the same, preparation and production of either is much, much different.

“Photography has more leeway to miss a thing and focus on essential parts,” said Manley. “For me, editing motion requires important transitions between scenes and concepts whereas photography doesn’t need as many transitions, or at least to the same extent. So many connections have to be made when making a film, which consequently requires more planning and definitely luck.” Further, when creating a photo story there are words to supplement the images. In filmmaking, both prose and visuals have to be captured and created by the directors, cinematographers, writers, and editors. 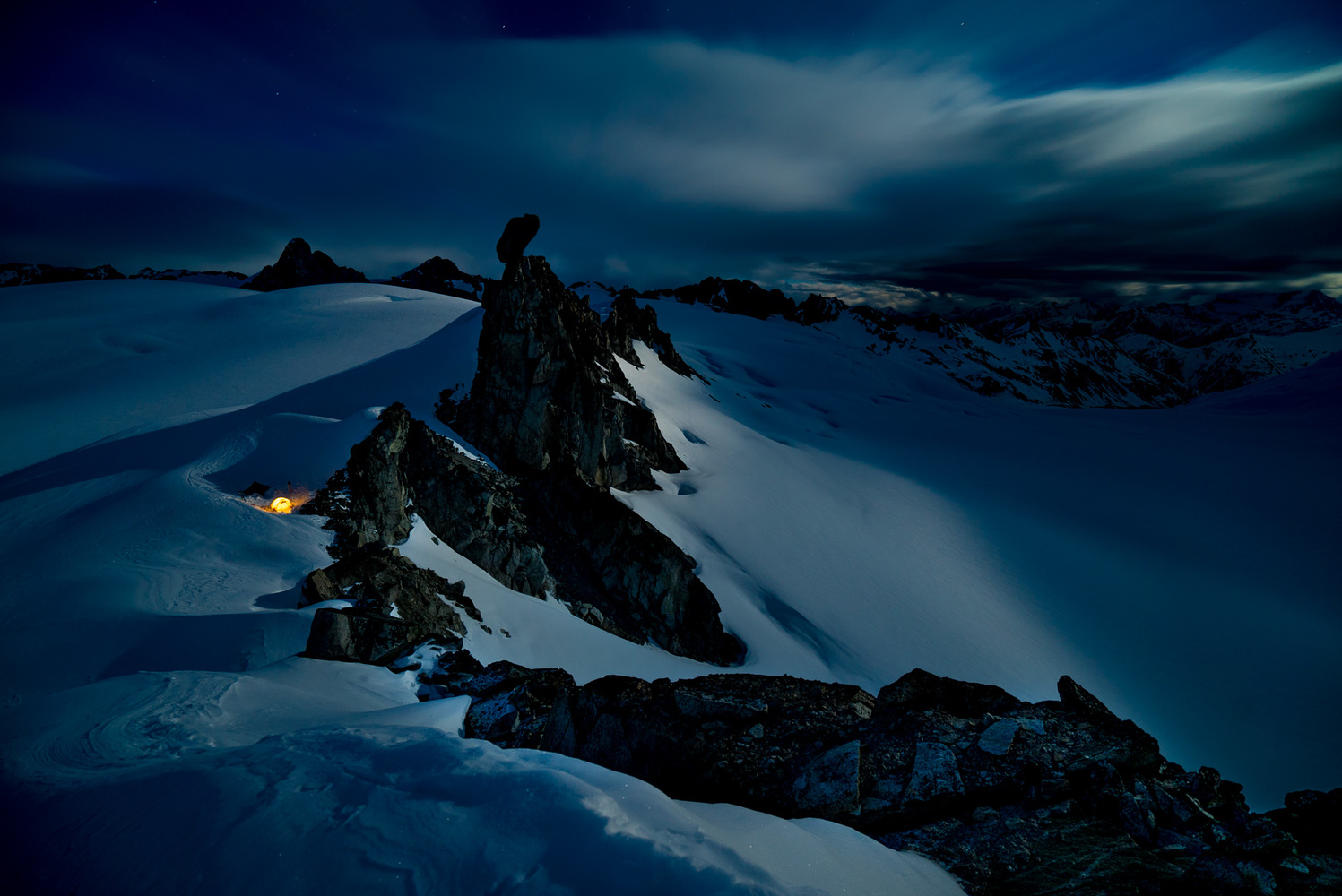 In both “A Skier’s Journey” and “Treeline,” one aspect that stands out is the dramatic and profound use of audio. “I always try to have a stereo mic on my camera, such as the Rode Stereo VideoMic X. Having a good-quality mic, rather than solely finding sound libraries in post, helps create an immersive space and can help drive a story,” said Manley. “I like to use recurring themes and motifs in my work and audio helps strengthen these ideas.” Another tool that helps Manley on set is his iPhone. Although he mainly now shoots with RED cameras, the creative uses his iPhone to scout a scene and search for the right frame rather than lug around his heavy cinematic gear.

“I feel fortunate to be doing what I’m doing. It’s not easy, it’s quite physically demanding, and it doesn't pay the same way the mainstream commercial world does,” said Manley. “But, I wouldn’t trade it for more money because I feel like there are a lot of interesting opportunities to tell meaningful stories, and maintaining that curiosity is important.”

Manley’s future projects will continue to include themes of environmental awareness and protection. “I’m trying to use my time to tell stories about the natural world and our relationship with it - whether it’s places we’re faltering or the people who are wise and are telling us how we might be doing things better.” Currently, Manley is working on another project with Arc’teryx that’s slated to be released next fall (stay tuned!).

All images are used with the permission of Jordan Manley.

Travel / December 30, 2019
Five Things You Should Know When Planning a Trip to the American Southwest

Certainly the best outdoor video I saw this year.
Mainly because there is sense in story telling, discretion and humility. Bravo!