The Myths of ISO

Eye-es-oh or eye-soh? Not as simple as you think! Tip: Don't believe everything you read on the internet.

According to the International Organization for Standardization, the abbreviation for their name is ISO. ISO goes on to explain that you pronounce the abbreviation as a word: eye-soh. ISO says that the abbreviation and its pronunciation are based on the Greek root word for equal: isos. I believe that this is a little bit of revisionism — doublespeak, if you will.

The International Organization for Standardization was founded in London in 1946. The founders decided to use three official languages: English, French, and Russian. Politically expedient at the end of World War II perhaps, but not efficient for sorting out nomenclature. In English, the Organization is known as International Organization for Standardization; in French, Organisation internationale de normalisation; and, in Russian, Международная организация по стандартизации (Mezhdunarodnaya organizatsiya po standartizatsii). In examining their own history, the Organization notes that if they were to use an acronym or an initialism as an abbreviation, they would be stuck with three different versions: IOS in English, OIN in French, and MOC in Russian. The organization further explains that because no single acronym or initialism would work in all three languages, they instead settled on ISO as an abbreviation. According to the Organization, the abbreviation ISO is reportedly derived from the Greek word isos, which translates roughly into equal (in English):

Because 'International Organization for Standardization' would have different acronyms in different languages (IOS in English, OIN in French for Organisation internationale de normalisation), our founders decided to give it the short form ISO. ISO is derived from the Greek isos, meaning equal. Whatever the country, whatever the language, we are always ISO.

Hence, the claim that ISO is pronounced eye-soh as an acronym (as a word), not spelled out as an initialism. At least that’s what the cool kids have been telling me. There’s even a slick video and website:

I’d beg to differ though. The Greek word is pronounced ae-soh-s or ee-soh-s. Not eye-soh-s. So, I’m a little suspicious of this pronunciation. Why select a Greek root word and then mispronounce it?

Sure, they can call themselves whatever they want, but this origin story seems fishy. I think we need to look deeper.

I’d suggest that the organization did in fact select an out-of-order initialism to represent the different potential acronyms and initialisms. Instead of picking IOS, OIN, or MOC, they went with something that didn’t put any one of the three official languages to the fore. How do I know this?

Willy Kuert was one of the founders of ISO. He was interviewed at some point between 1947 and 1997 about the founding of the organization. His recollections are the only publicly available accounts of the meetings in London in 1946. In fact, at the time of publication, Kuert was the only survivor of the London meetings. Extracts of his interview were published in the ISO publication: Friendship Among Equals: Recollections from ISO’s first fifty years. Basically, Kuert calls hogwash on the Greek root word story, claiming instead that the abbreviation was chosen because it was short and appealed to all of the attendees.

It’s in the first full paragraph of page 20:

The first question that had to be settled in London was that of the name of the new organization. There were different proposals. The English and the Americans wanted “International Standards Coordinating Association.” But we fought against the word “coordinating.” It was too limited. In the end, ISO was chosen. I think it is good; it is short. I recently read that the name ISO was chosen because iso is a Greek term meaning “equal.” There was no mention of that in London! 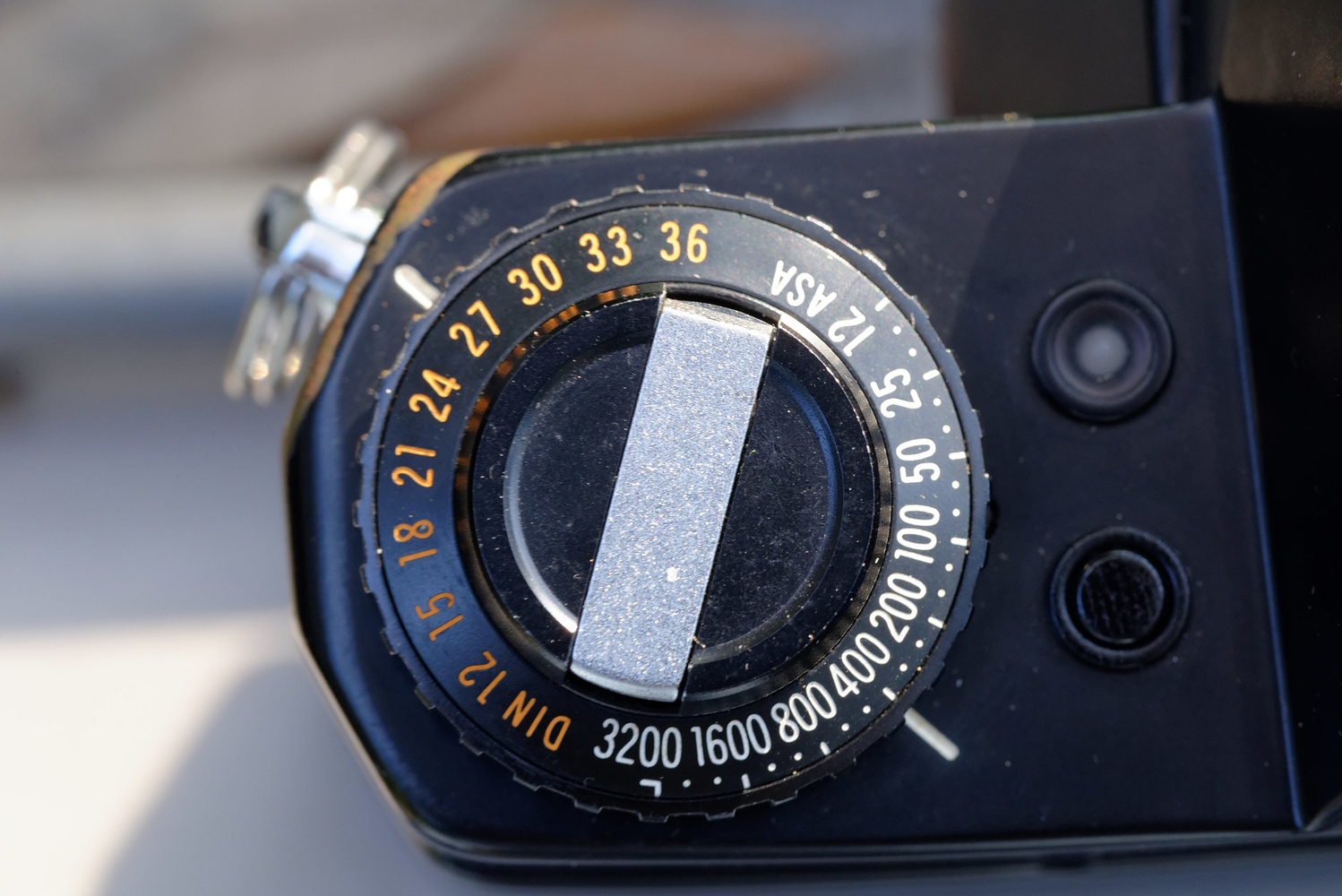 It would seem that the Organization has created a romantic backstory to the selection of a simple abbreviation. So, if the Greek root isn’t the rationale, where does ISO come from? And, more importantly, how do we pronounce it?

I've corresponded with two experts in the field of ISO's history, JoAnne Yates of MIT Sloan School (yeah, that MIT) and Craig Murphy of Wellesley College. Together, they've written two books on the subject, Engineering Rules: Global Standard Setting since 1880 and The International Organization for Standardization (ISO): Global Governance Through Voluntary Consensus. Yates explained to me that in all her research into the founding of ISO, she can't recollect ever coming across any discussions about how to pronounce the abbreviation. Interestingly, Murphy explained that he expects that the pronunciation is related to how vowels are pronounced in different languages. I think we're on to something with this. If you're interested in going deeper, the books look very interesting, especially if you have an engineering or international relations bent.

The question remains, how do you pronounce ISO? Kuert's story doesn't explain that.

It isn’t a word or acronym, it’s in all capitals. I’d suggest that like most initialisms, you should pronounce each letter. However, as Murphy and Yates pointed out, if you're Henri Cartier-Bresson, that will sound like ee-s-oh. Different than if you're Richard Avedon and it sounds like eye-es-oh. Which will also sound different if you're Helmut Newton, in which case its ih-ess-oh.

In my opinion, this is where the confusion arose. Just like FBI, UK, and USSR are pronounced differently depending on where you live, ISO was as well. I'm guessing that this in turn led to ISO looking to create some kind of uniformity. That is, after all, what they do.

So, where do you land? Is it an acronym, like NATO or NASA, or is it an initialism like FBI, UK, or USSR? Do you pronounce it as a word or a series of initials?

More importantly, why do you do it?

Certainly, ISO wants you to pronounce it eye-so, and who am I to argue? Frankly, I'd just like a little bit of transparency. Until then, I simply like the sound of eye-es-oh better. It makes more sense that the founders, a group of engineers and scientists, picked the name as an initialism instead of some nonsensical word.

Whichever way it might be pronounced, I don’t want to hear anyone tell me its related to Greek root words anymore.

Funny that ISO’s slogan is: “When the world agrees.”

I'll go with what the Independent Organization for Standards says it is, but that isn't really the problem here in my opinion. The real issue is that we as photographers find the need to correct each other on something as small as how to pronounce ISO, when eye-es-oh and eye-soh are both so unlike any other words in photography that there is almost no likelihood of anyone misinterpreting either pronunciation. I mean, would any of us correct the pronunciation of tomato to the one which we prefer? Please don't take this as a critique of the article - it comes up enough in conversation that an article makes some sense, but the question of whether it is something worth worrying about is a whole other issue.

Agree completely with the idea that there is no confusing either pronunciation for something else!

Stuff that prevents me sleeping. Thanks for clearing it up.

Aluminium - The way we Brits say it... everything else is just silly.
Nikon - Apparently Nikon don't care, as long as you are saying their name they are happy.
Bokeh - No one really knows... it's one of the great mysteries of the world.

There you go - clear as mud.

Aluminium/aluminum is not a problem. You pronounce as it is spelled where you happen to be at the moment.

Bokeh or Boke is litterally Japanese for blur. It's a Japanese word and is written Boke in Romanisation and pronounced BôhKèh. Boke"h" is probably how english speakers standardised it.

Agreed, but I don't care enough to argue.

Great article. Anything that has this little significance to my life yet is this entertaining shows how good an article it is. Well done!

"Just like FBI, UK, and USSR are pronounced differently depending on where you live..."

Not necessarily. Here's how we pronounce these in French:
- FBI: ef-bee-eye, just like in English
- UK: we don't, because United Kingdom is Royaume-Uni in French and nobody says "R.-U."
- USSR: the French version is URSS.

Coming back to ISO, I've never heard a French-speaking person say ee-ess-oh. As far as I know, everybody says it like an acronym: eezo.

Great, great, great. Thanks Mark, now all we have left to argue about is whether M43 is dead or not. LOL Good info though.

You answer your own question with the words of the Independent Organization for Standards and then go on to argue against them. It's a good thing that agreeing with ISO on its pronunciation or not is somewhere around number 5,938,001 on my list of concerns.

On a slightly more serious note, though, perhaps around 5,938,000, my wife is a chemist/engineer. In her field they deal a fair amount with ISO standards. In exactly what way I can't say as I'm neither a chemist or an engineer. I bring it up mainly because there are some who are unaware that it's part in the photographic world is but one tiny aspect of the organization. Also, my wife has traveled to various parts of the world and dealt with various government agencies and has not heard it pronounced any other way by anyone other than eye-soh.

Interesting. Thanks.
That’s why I reached out to the engineer side people, to see what they had discovered.
As for agreeing with ISO, I’m never one to agree when there is an interesting conversation to parse out. ;)

And how many angels can you fit on that pinhead? Asking for a friend....

Even though it goes against my incident position, I'll defer to the linguists who work for the Macquarie Dictionary.

I’m suggesting that this whole Greek root word thing is just a romantic story that ISO tells themselves to keep warm at night. ;)
There is no proof that that was part of the conversation in ‘46 / ‘47. In fact, the only publicly available account says there was no conversation about the word isos.

For some reason you have inferred I either didn't read your article, or am singularly lacking in literacy skills.

There are reasons lawyers and judges defer to linguists, via the medium of dictionaries. I for one, am not so arrogant as to believe I know better than a linguist.

I didn't intend to be antagonistic.
I'm suggesting that the entire story is revisionist and that even the linguists have bought it. I wouldn't call myself arrogant, just suspicious.

OK, I will state the bleeding obvious; your thesis not withstanding, language does in fact evolve, and this is the accepted usage now.

However, one expects you speak Old English at home, being a linguistic fundamentalist...

I understand language evolves. I didn't state otherwise. I am continuing to suggest that their story is a fabrication.
I clearly don't speak 'Old English' at home.

In Canada we pronounce it EYE SOH EH, then shiver like crazy

How about we all go back to calling it ASA?
Except for the Europeans, I guess.
Thank you for an enjoyable article.

Or DIN? We should just come up with something new since most of the camera companies just make their numbers and performance up!

Maybe ASA would be better? Don't know why they changed realy, except we lost DIN in the process:)