Photography Beyond Zooms: Why Your First Prime Should Be a Fast 35mm

It doesn't always have to be complicated. I remember that when I first started buying lenses to expand beyond a standard zoom, I was completely flummoxed by choice. While choice is a good thing in theory, it can overwhelm in practice. So here's a no-brainer of a choice for your first prime lens after you've kitted yourself out with a DSLR and the typical standard zoom and tele zoom set: pick the best, fast 35mm lens you can buy.

When you're just starting out in photography whether as an amateur or as a pro, the standard recommendation is to buy yourself a good standard zoom and a tele lens. This, the thinking goes, will cover most focal lengths you will encounter in most typical photography situations. For most, this is good advice. Since I'm a bit of a user-collector of old analog cameras, I've followed it over and over again for different lens mounts. Once you have these pieces of kit, you have not just a camera, but the beginnings of a camera system. 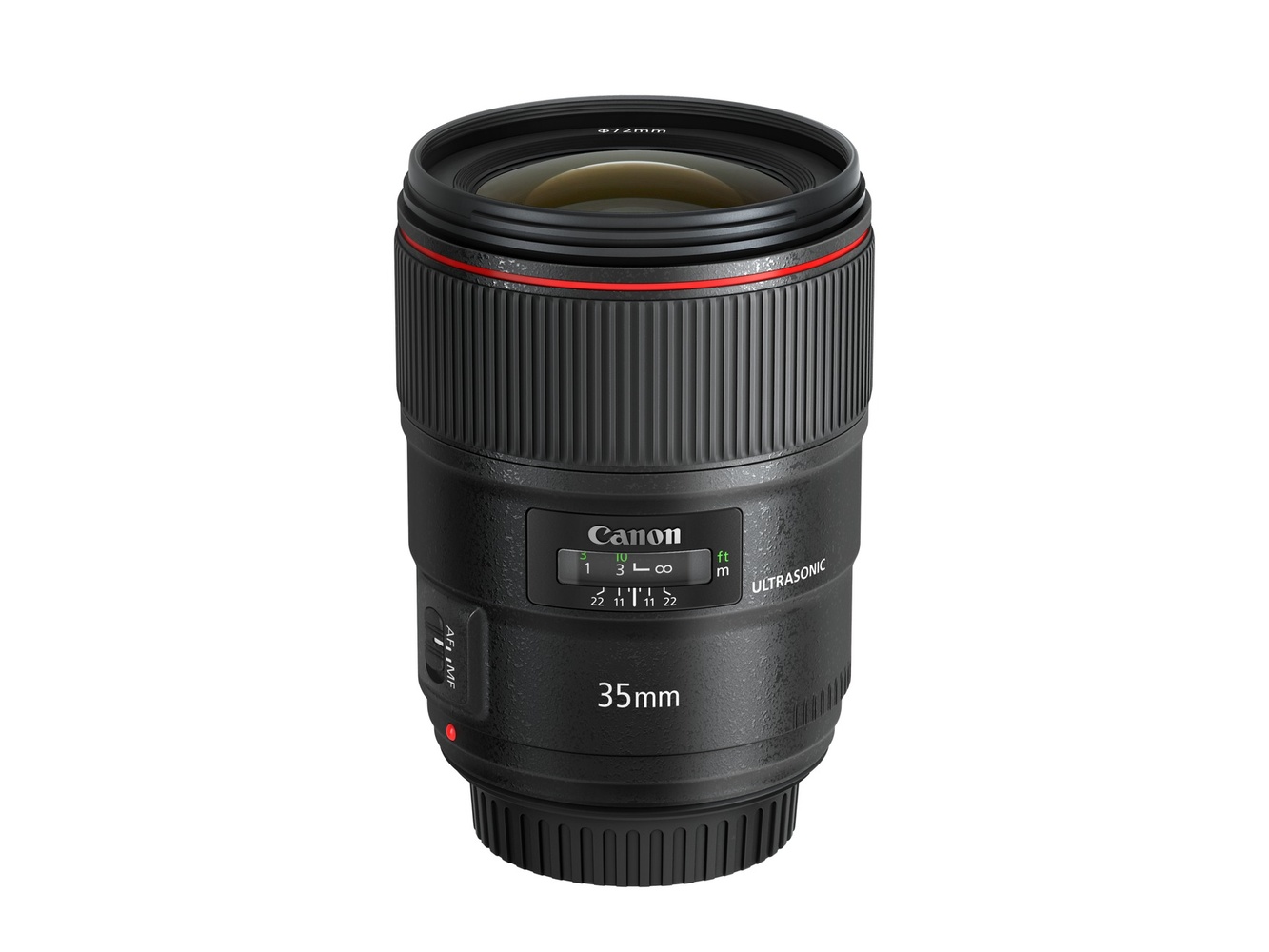 Every now and then, however, you'll wish for a smaller lens, something to take along for street photography or quick snapshots without the need to lug around a large camera and lens. Often, people recommend that you should get a "nifty fifty" for this purpose since it's often the cheapest option for your lens mount while also being optically very good. While a fast, basic 50mm lens usually won't break the bank, it's not the best universal choice.

At some point, you may hear a photographer utter the old adage to "marry your lenses, date your cameras." The thinking behind this (besides giving some insight into how some photographers tend to become very attached to their gear) is that there will be newer, greater, cooler camera body on the horizon before too long. If you're an amateur, you may want to upgrade when your old one dies, or when you really want some new, essential feature. If you're a pro, you're likely to weigh a new camera as a business expense versus the advantages it gives you over your previous workflow or over competitors.

Either way, you'll upgrade that DSLR eventually. You're much less likely to constantly buy new lenses if the ones you own have worked well for you in the past. Lenses are, for the most part still, simpler to repair than a dead camera, though that, too is beginning to chance. Prime lenses have remained remarkably similar for decades. If you have one for a current lens mount, you can still use it on most current camera bodies with good effect. In an ever-changing technological environment, primes are often stellar examples of "if it ain't broke don't fix it" designs. 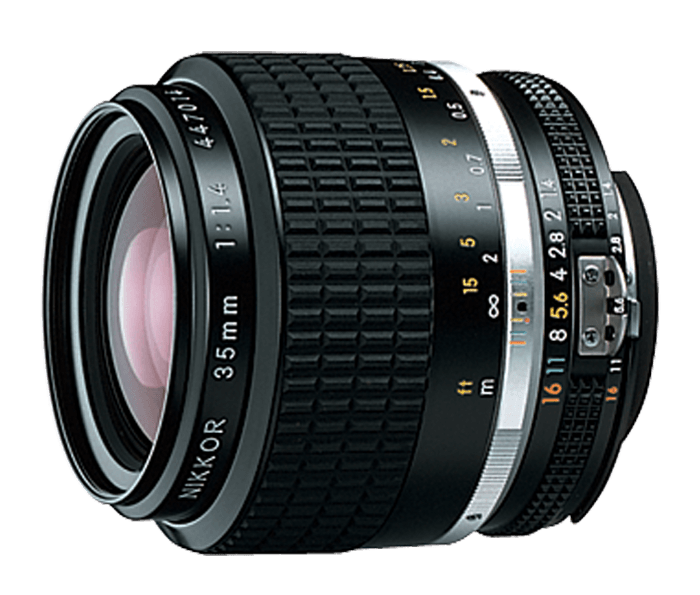 Nikon still offers manual focus prime lenses virtually unchanged since the 1970s that you can put on professional and semi-professional camera bodies that were only just released. Canon's EOS mount lenses are famously compatible, back to the very first film EOS camera of 1987. Some of Sony's current A-mount primes date back to Minolta's first batch of autofocus lenses, released in 1985. Pentax K lenses are likewise plentiful used and new.

The Case of the Versatile 35mm Lens

35mm lenses from these still-current mounts, but also from long-dead lens mounts these days can even easily be adapted to mirrorless cameras, whether they have full frame, APS-C, or micro four-thirds size sensors. A quality 35mm prime can today be used on any of these sensor sizes. This alone doesn't make it special. Technically, you can use any lens that covers the sensor you're using and that you can adapt to your camera on any smaller sensor size as well. Yet, the 35 has a huge advantage over all of these other focal lengths: it is actually useful at all of them. 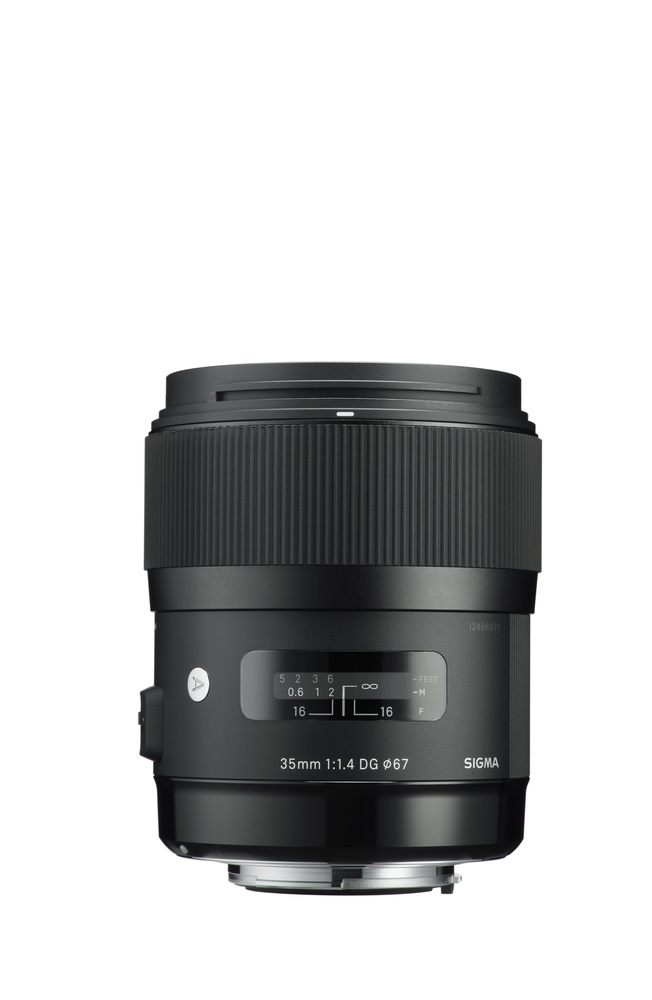 On a full frame camera, 35mm is, well, 35mm. This is the classic reportage lens, the focal length that so many compact cameras in the film days sported because it was a bit wide, but not too much, and would work for many types of photography.

On an APS-C camera, at a crop factor of 1.5 (most manufacturers) or 1.6 (Canon), your fast 35mm lens becomes a fast normal lens. It gives a field of view equivalent to a 50mm or slightly longer lens on full frame. The standard lens on many cameras before zooms became popular was almost always in that range, be it 50mm, 52, 55, or 58mm. These lenses are very useful as general lenses for everyday photography, as well as already being useful for some portrait shots.

On a micro four thirds camera, finally, your 35mm lens transmogrifies into a lens with a 70mm or so equivalent field of view. This is a somewhat wide portrait lens. If you think of it in full frame terms, a 35mm f1.4 lens on a micro four thirds sensor will give you a rough equivalent in terms of view and depth of field as the long end of a 24–70 f2.8 standard zoom.

As far as focal length goes, you simply can't go wrong with a 35 as a universal prime. Buy a good one now, and you can keep using it with adapters on any camera using any of the common sensor sizes. If you decide on a current SLR lens and a common mount, you'll be able to share the 35 between both full frame and APS-C bodies without issue. A 35mm lens will transition from a Canon 5D Mark IV to a 70D with ease. It can give great results on a Nikon D810 or a D500. It will happily move from a Sony Alpha 99II to a 77II.

As for which 35mm lens to choose, that's another question. Your options are nearly limitless, priced at anything between under $100 for a cheap off-brand lens, something for several hundred dollars from the big manufacturers or quality third party makers (like the Nikon AF-S 35 f1.8 G, the Canon EF 35mm f/2, or the Sigma 35mm f/1.4 DG HSM Art lenses) to options priced easily in the $1000 range and beyond for the highest-quality offers. Even if you've decided on the focal length of your prime then, this is one choice which still remains.

I agree that the old "get a 50" advice isn't always best, especially for APS-C shooters. Even on full frame, it's often less useful that most people expect because it seems tight compared to a standard 24-70 / 18-55 mm zoom. The 35mm is a nice compromise between 24mm & 50mm lenses and most people are happy with them.

I would recommend taking your advice a bit further, though. For people choosing their first prime in the SLR era, you can take a look at your metadata to see what focal length you favor. Lightroom and other tools can do it and there are even free tools that will analyze a bunch of your photos to generate stats as well.

If you're happy with your zoom or are interested in shooting something more specialized, I'd also recommend looking that direction. For example, a 100mm macro is a great first macro lens that can double for portraits. Lenses like the Canon EF 400 f/5.6 are great wildlife lenses if you can live without IS. Then there are fisheye / tilt-shift, etc. Adding a specialty lens to a zoom or set of zooms can make sense for people with clear interests in those areas.

For people who aren't sure, though, it's hard to go wrong with the 35mm as you suggest.

I agree that beginners who start with aps-c cameras are better off getting a 30mm or 35mm lens rather than a nifty fifty. The 50mm lens with a 1.5x or 1.6x crop factor tends to be a bit too telephoto for candid indoor people shots, however the 35mm is much more versatile. That has been my experience, anyway.

I have a friend who got her first camera (80D) and was just using the Kit Lens. A few of her friends recommended she get the 50mm STM but I convinced her to get the 24mm f2.8 IS which she is now in love with. If there was one lens I could only use, it would definitely be a 35mm!

Funny article; just bought a 35 ART 1.4 to replace my 24-70. Needed more light. Stayed on my camera the most during my last vacation. So far do good!

The 35 Art is a super sweet lens

As you bothered to mention examples, your list is missing the best of them - the Zeiss Distagon 35mm f2!

Haha, sure- if sharpness at the most open aperture is holier than anything else... no arguments there. Whatever floats your boat.... but when it comes to depth and micro contrast, I am yet to see a better lens than the Distagon 35 f/2, not even amongst its Zeiss siblings. Any contenders?

One of the reasons why I would choose fast primes is for edge sharpness. That Zeiss was rather unimpressive even stopped down. It certainly isn't floating my boat!

Funnily enough I was just talking about "getting good" with someone else, and yes, it happened not long after I switched to primes, especially the 35mm.