The Power of the Zoom

Transform boring, wide scenes into dramatic and intimate close-ups with a telephoto lens that brings you into the photo, focusing on the fine details.

There are many ways to improve your photographs through experimenting with composition. From leading lines to the rule of thirds, there are many compositional tropes that appear in textbooks and on the internet. Let's take a look at why the power of the zoom is a vitally important tool to use.

I'll be demonstrating the use of zoom to improve photos with my Nikon 70-200mm f/2.8 VR II, but you can use any lens that has zoom capabilities. I'm going to take a wide shot of the scene on my telephoto lens and then look for ways to improve said scene by using the zoom function on my lens and nothing else. Essentially, what I'll be looking to do here is remove anything that's unessential from my photograph to make it much more powerful.

Let's first take a look at the two images together and see what we're dealing with. Below, we can see the wide shot first, which looks pretty good. It's exposed correctly, nice and sharp, and has some interesting parts to the scene, but ultimately, it lacks any kind of main subject.


The zoomed-in shot below feels much more refined. The composition is tighter, the light is more noticeable, and we can see more detail in the trees. But why is that and what did I do to make the improvement between shots? Well, let's take a closer look.

Analyze What Needs to Go

There are a few troubling issues with the wide scene, as I've annotated above. First up, the arrow on the left is pointing to a rather conspicuous car that just so happens to be parked right in the middle, with the bodywork and window shining through the darker foliage. Ordinarily, I wouldn't be too bothered by this, as it's simple enough to take out in image-editing software, but I'm demonstrating the use of zoom to improve an overall image here, so I won't be resorting to those kinds of editing tricks.

Next, if we look below, there's a huge out-of-focus gap at the bottom of the frame full of green and brown ferns, and although it adds a nice bit of texture, it isn't actually doing much to the scene. We can see the forest floor beneath the trees, and arguably, that's all we need to see. It feels a bit like dead space, and so, I'm inclined to cut it out through the use of a zoom.

The same can be said for the canopy at the top of the frame. It's nice enough to see the greenery, but does it really add anything? I like that it's darker at the top of the frame, as it creates a natural vignette all around, but I'd argue there's a little too much of it. We could certainly cut down on that and still give the same overall mood to the landscape.

A closer look around the edge of the frame reveals a whole host of distracting elements. Generally speaking, I like to avoid anything distracting towards the edges of my frame, so that the eye can rest peacefully in or near the center, where my subject normally rests. Here, my interest lies in the central trees, the fog in the distance, and the gorgeous red and blue tones created between the contrasting tree bark and distant forest. In the annotation, above you can see how there are several bright twigs, broken branches, and orange ferns. The eye, so we're told, is supposedly drawn to the brightest part of an image, so these elements need to go.

We have a similar issue with the left and right of the photograph, where there are two big, dark patches of nothingness. The thing I like about these sections in this wider shot is that they help create that natural vignette around the edge of the frame, with only the center being brighter, but if I want to remove the elements in the foreground, then those two areas aren't really adding much.

Now that I've analyzed the wide frame, I'm more aware of what I want in the picture. I certainly want to get in close to the middle of the frame and concentrate on those gorgeous dark-on-bright sections produced by the trees set against the lighter fog. At the same time, I want to keep the edges darker so as to push the eye into the middle of the frame. I zoomed in and found that one of the twigs in the bottom-right was still a bit high in the frame, peeking in from the edge, so I decided to side-step camera-left to avoid it.

I now had the opportunity to exclude the car completely by just using the extra zoom on my telephoto lens to crop it out. Not wanting to break the rule of having something bright near the edge of the frame, I made sure that the both left and right sides of the scene were filled entirely with tree trunks. See how they sit right up against the edge? This adds to that natural vignette I'm going for.

Zoomed in like that, it's easier to start picking out the exquisite detail in this scene. The bark of the trees has a wonderful warm hue with deep, jagged recesses that look like they've been cracked open. Luckily, there was a small patch of brown ferns just in front of the larger tree trunk. They were slightly lighter in tone, but both had a lovely brown color. I've circled a little L-shape here that really lifts the middle of the photograph. I was tempted to move farther and place the fern directly underneath that tree, but there were other things blocking the way, and I don't think you'd get the eyes moving around the scene as much as in this composition.

With more zoom comes a shallower depth of field. Shooting at f/2.8 at 130mm, the distant tree line is out of focus, helped along with the complementary fog. If I'd shot this with a wide angle lens or stopped my aperture down, then that depth of field would naturally appear a lot deeper, and I don't think the shot would work as well. 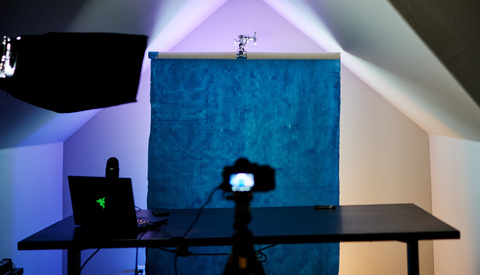 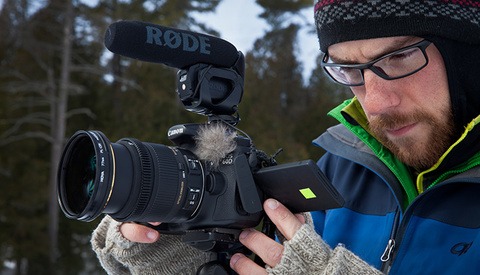 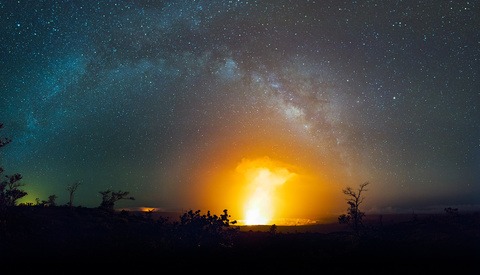 Landscapes / December 21, 2017
Blurred Lines Between Science and Art in Photography 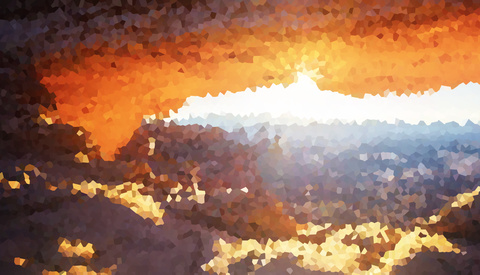 Surely this article is an early April Fool's joke, right? You're basically saying, "I took this first picture, and it turns out I wasn't paying attention.... so to fix it, I'm going to analyze the details, and then zoom in!".

How about you simply take the time to compose an image? Maybe use your feet to move around, or find new details or cut out distracting details.

This isn't the Power Of Zoom, but a lesson in laziness.

This entire article seems to be stating and illustrating that which is extremely obvious to us ...... but perhaps the author was writing it for rank beginners who have never used a zoom lens before. For someone in that group, it could be helpful.

Plus, even if the article is useless to you, you really shouldn't be so mean in the way you respond to it.

I would appreciate more advanced, insightful articles, but I realize that there are people on F-stoppers that are just starting to take photos, and that there needs to be some content aimed at them, too. At least the author took the time to write this himself, unlike many here, who just post a link to something someone else has already done. Kudos to him for that!

Good article.
All should learn something regardless of skill level.
Thank you for the thoughts and insights.