Of course that title is a tad facetious, but I truly did not expect this much functionality out of what at first seemed like a niche product.

The Really Right Stuff PG-01 Pano-Gimbal Head has a few different design options or add-ons to choose from. It can come with either a regular flat base or a built-in leveling base, a screw knob clamp or a lever release clamp for attaching to Arca Swiss-style plates, and an optional RRS MPR-CL nodal slide for removing the parallax effect with most wide-angle lenses on a mirrorless body. Depending on the configuration you choose, the price ranges from $240 to $435. For this particular review, my exact configuration is the leveling base option with screw knob clamp and the additional nodal slide.

Developed for mirrorless cameras or lighter DSLR setups, the Really Right Stuff PG-01 is both a panoramic and gimbal head with an 8 pound load capacity. As a panoramic head, the RRS PG-01 features complete 360-degree engraved markings on the swinging base. Likewise, the vertical arm also has 360-degree engraved markings on the rotating camera mount. Together, it’s dead simple to achieve repeatable results capturing single-row or multi-row panoramic images. Before performing a panoramic sweep of photos, look in the viewfinder or at the LCD screen in live view and determine how many degrees you need to move the camera and lens for each image. Be sure to account for at least 20 to 50 percent overlap so that the post-processing sticking software has enough information to put everything together accurately. With the degrees of movement in mind, you are free to continuously create panoramic images at will without even having to look at anything other than the engraved markings. 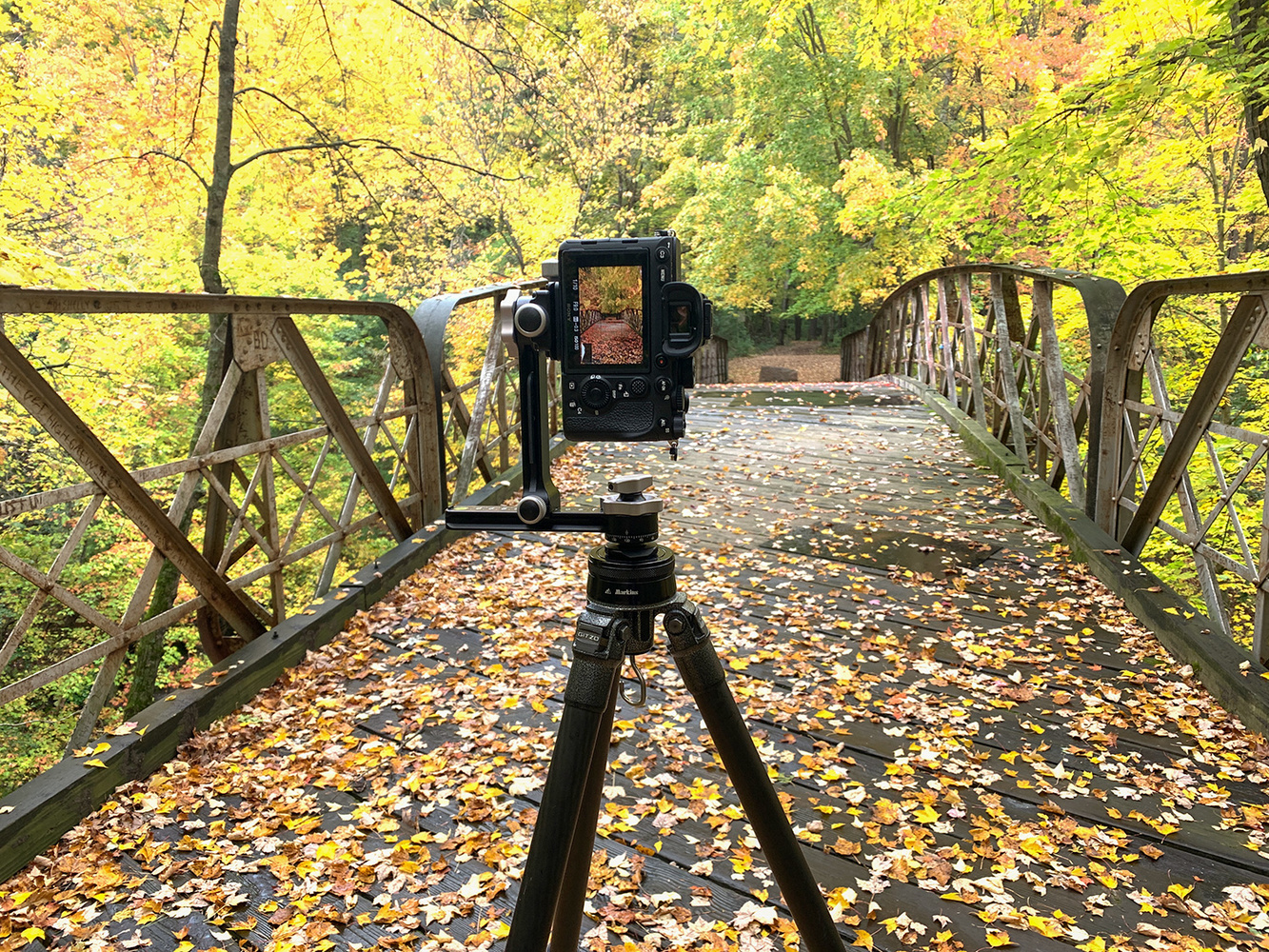 As a gimbal head, RRS suggests not using it with telephoto lenses larger or heavier than the typical 70-200mm f/2.8, however I used it with a Canon EF 100-400mm f/4.5-5.6 IS II USM with — mostly — success. At no point during sticks-to-the-ground use did I think the 100-400mm was too much lens for the PG-01, however I found that picking up the tripod and moving with the camera and lens attached would strain the clamping power of the leveling base and it wouldn’t hold tight that much weight. The Canon 100-400mm II is only slightly heavier than the Canon 70-200mm f/2.8 III — 0.3 pounds — so I’m going to assume this will happen with 70-200 as well. If you’re the kind of person who likes to just pick up everything and carry it as is, it may be a better option to go with the flat non-leveling base as it wouldn’t have this failure point. The flat version has an Arca Swiss-style dovetail at the base which means it can attach right onto a ball head (after you take it back out of the trash, sorry) to regain that leveling capability and likely a much stronger hold for carrying.

With an L-bracket, the PG-01 can also serve as a regular, horizontal frame tripod head as well. My initial reaction to this would be “why?”, but after trying it out it’s actually a really nice way to work with a single-frame landscape scene. After locking the camera to the PG-01 and leveling the base, I appreciated having independent vertical and horizontal panning movements to really nail a composition. If you are a believer in the mantra of slowing down your process and thinking through your compositions, this is an excellent enabler for it. And if in the end I realized that it would be nice to add a little extra image to the sides, well I was already in place and ready to go with a pano head. 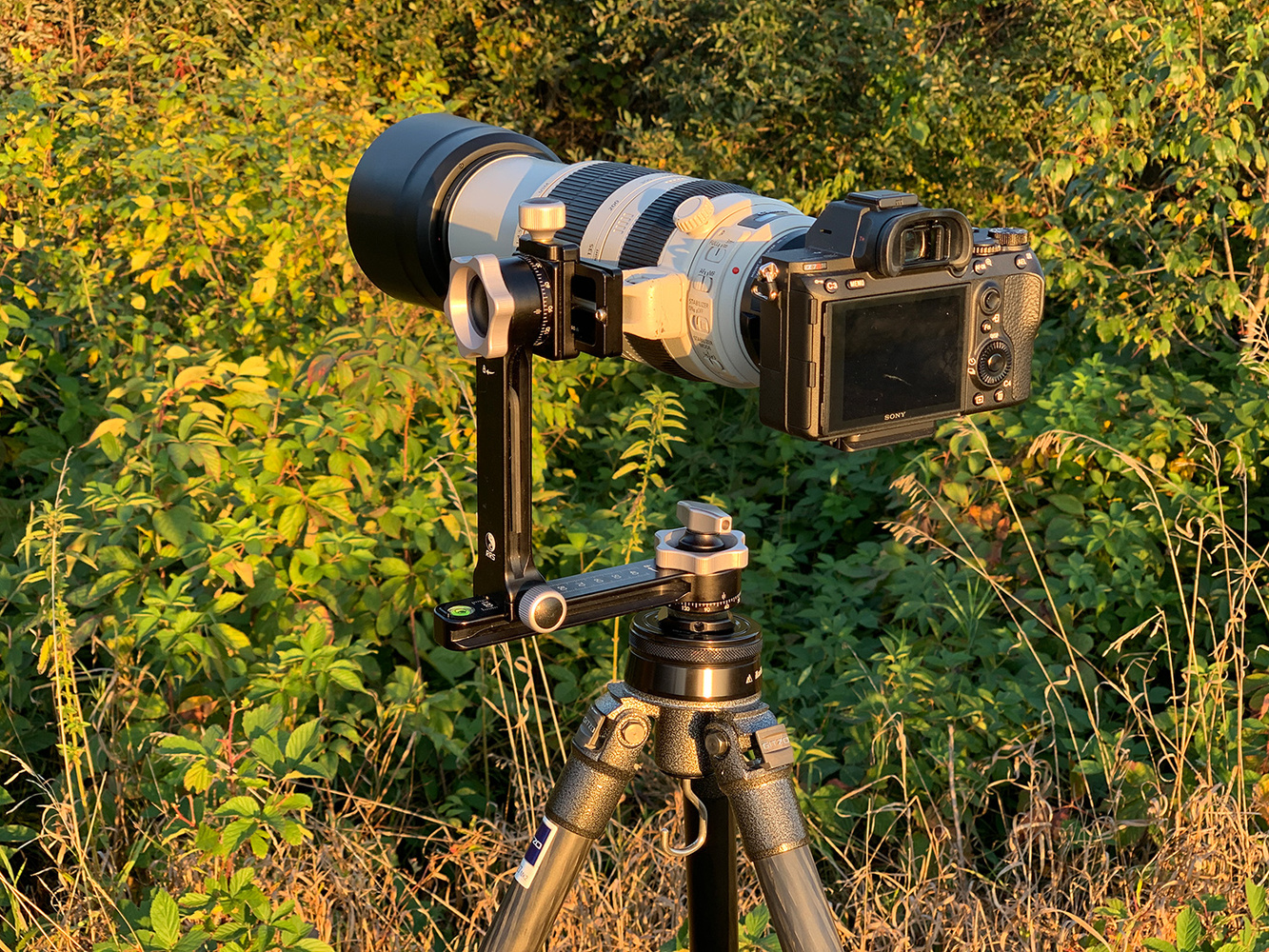 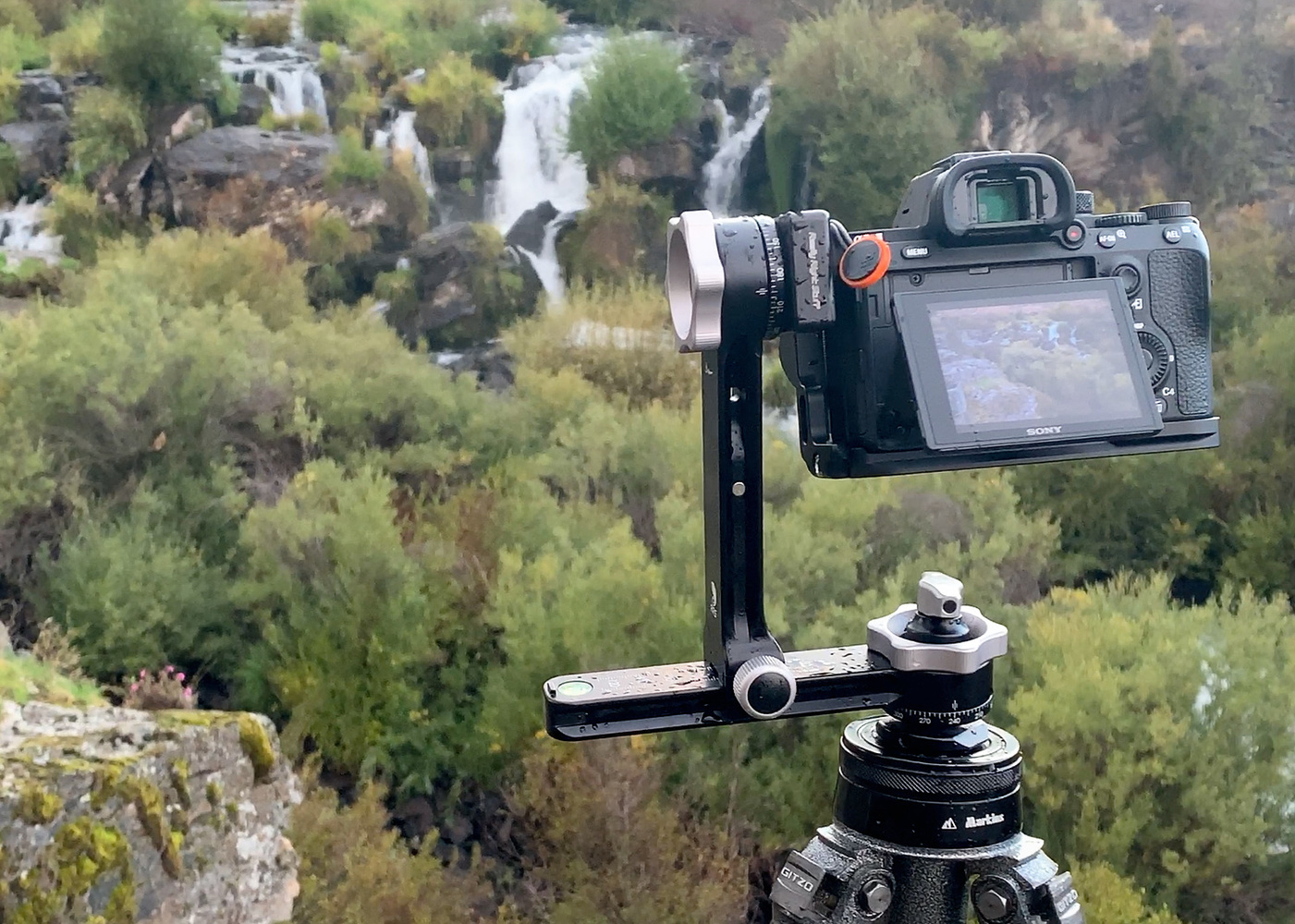 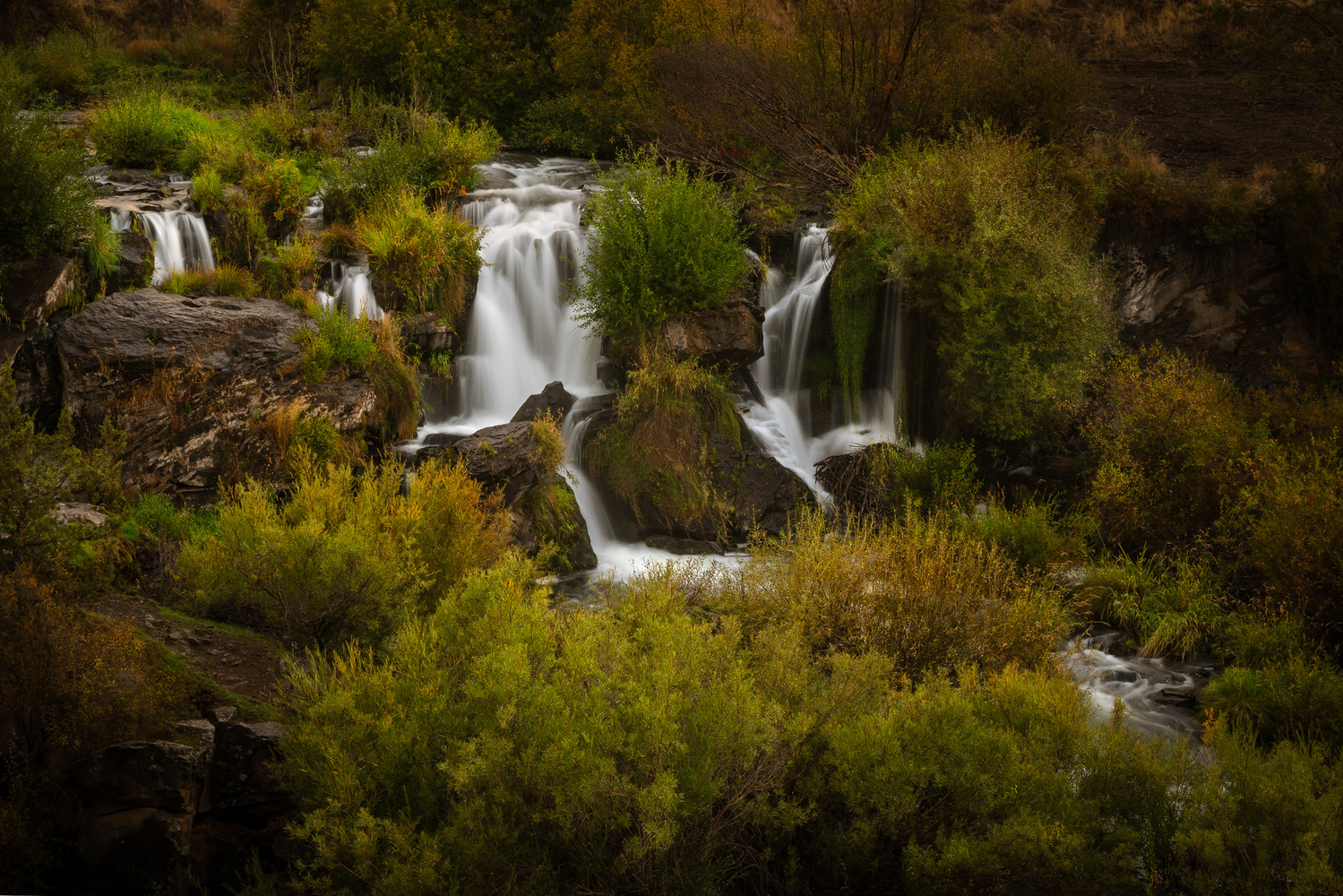 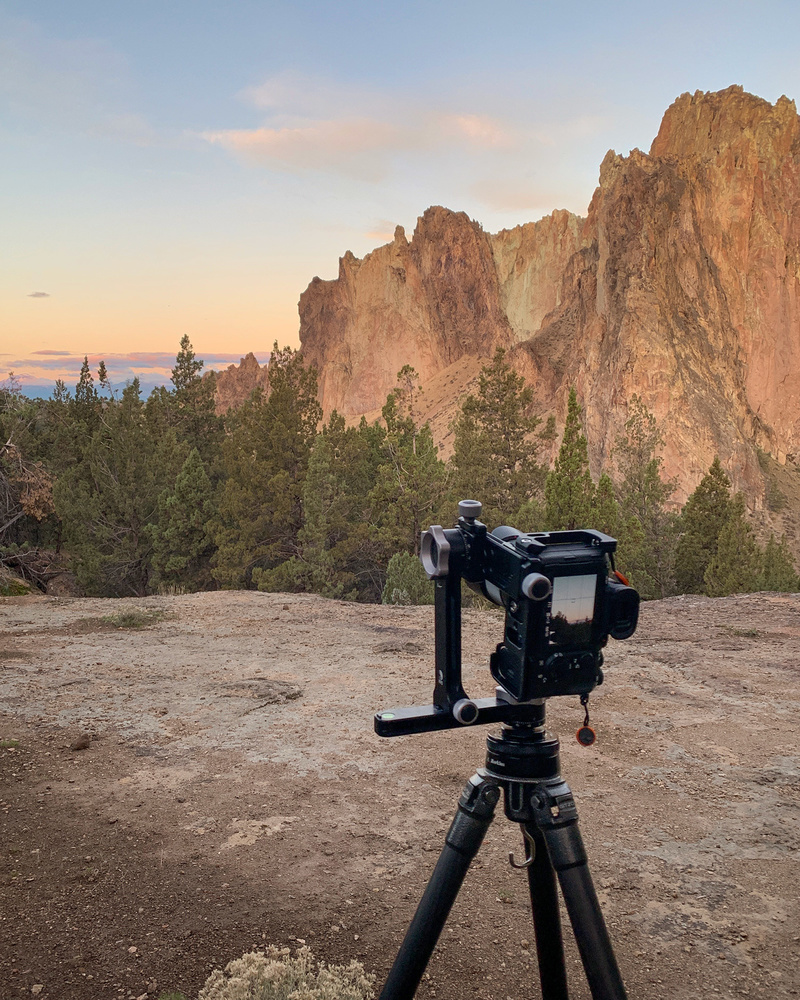 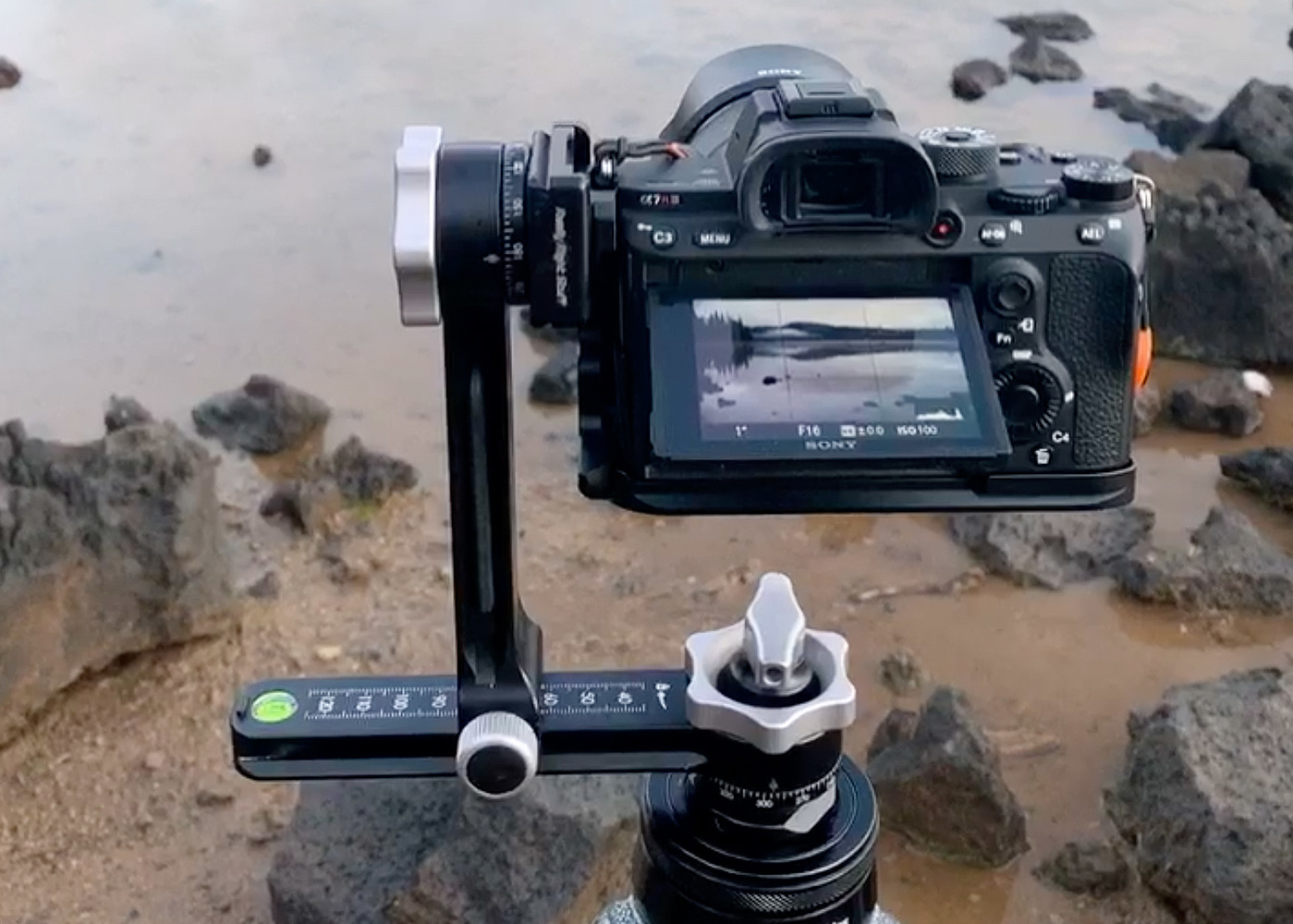 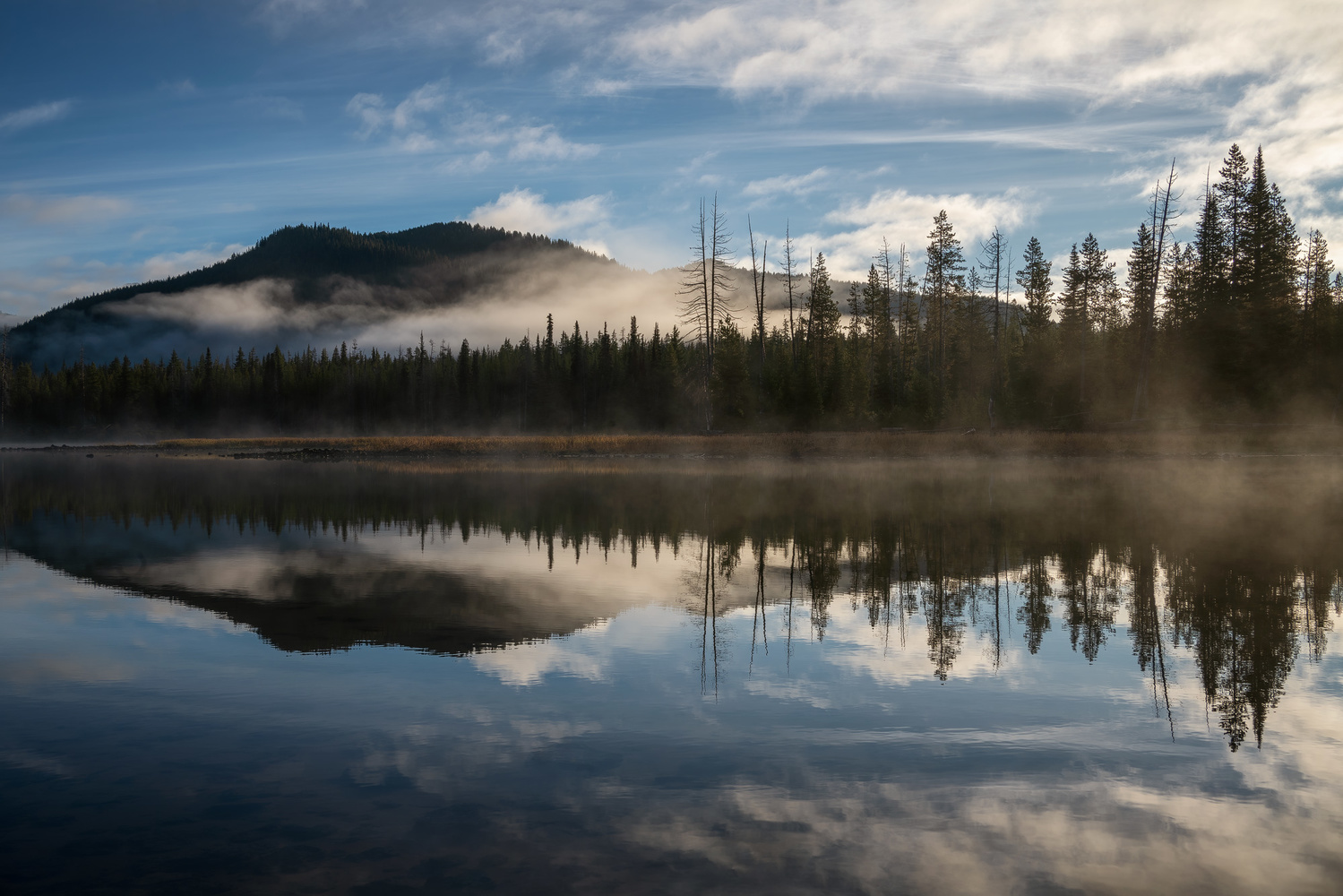 Perhaps with no surprise to Really Right Stuff’s devout following, the PG-01 Pano Gimbal Head is a high quality piece of gear not only for those interested in stepping up their panoramic photo game, but as a do-it-all tripod head.

Great write up. This looks really interesting I shoot a lot of Panos and have been looking for a new head. But the packable size has been a big issue for me. This seems like a more compact solution. I might have to check it out.

I bought this with leveling base when released and it was terrible to hold the weight and locking knobs weren’t great. Hope they improved. Now I went with Novoflex triobalance Tripod with my own pano head which is way lighter and easy to carry. https://www.scvphotoideas.com/2013/06/create-mini-multi-row-panorama-hea...

You will also get some ideas trying hejnarphotostore.com

It's hard to beat a simpler setup featuring a double panning ball head with a nodal slide like the RRS 192-PPP if you are primarily doing single row landscape panos. This system is kind of overkill unless you want/need the telephoto gimbal. I mean, I am all for lots of fun toys, but this stuff gets heavy and cumbersome to set up and take down if you are hiking to get your shots.

Great write up though! Thank you