The Secrets of a Cinematic Look and Feel

No, it's not by adding black bars or shooting in slow motion. There's much more to the skill of making your videos look like the movies.

"Cinematic" is quite liberally used today, and most people relate it to the black bars or wide-screen frame ratios. This term has the same explanation as if you say "this photograph is like a painting."

Let's first see the comparison to a painting. Most paintings have either a warm or a cold hue; the micro-contrast is not that high, and the color transitions are smooth. If you want to have images or videos like paintings, you have to obey such rules.

A cinematic video is a video that resembles a film. Over the years, the movie industry changed quite a lot in terms of aspect ratio, color, and lighting styles. When we use the term "cinematic," this means it looks like an actual film we see in theaters.

The following pieces of a cinematic puzzle will help you understand better the secret of that look and feel.

For cinematic footage, the aspect ratio is not mandatory to be 2.35:1 or something wide-screen. Many cinematographers and directors discuss the aspect ratio long before the first day of shooting the film. For that reason, the frame geometry has nothing to do with footage looking cinematic, but subconsciously, because of the domination of wide-screen ratios, we've gotten used to the fact we need a wider frame to look cinematic.

Here are some examples of why the more square aspect ratios don't ruin the cinematic feel and why the wider ratios don't make a video cinematic. The first one is from the Spielberg classic "Duel":

The second one is from "The Office" series:

Obviously, adding black bars to the episodes of that series won't automatically make it cinematic. 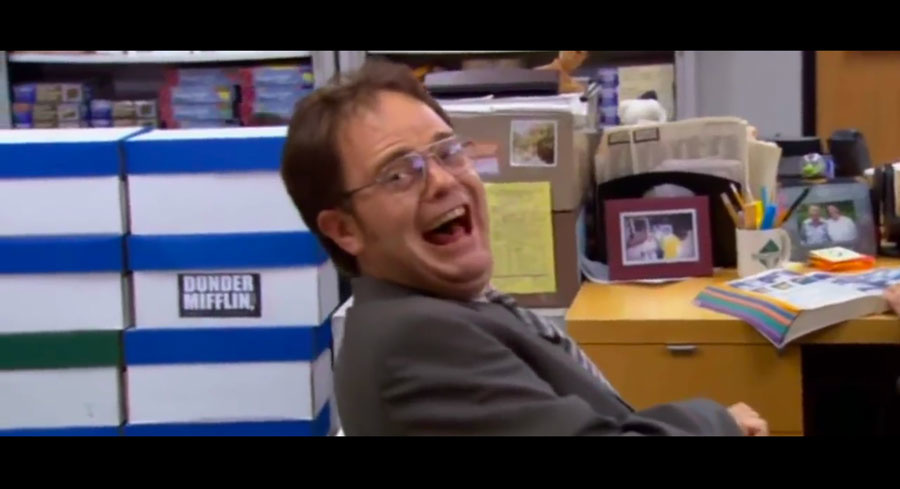 One of the keys to cinematic footage is how the scenes are lit. Flat lighting is not how most films look. All directors of photography love short lighting and back lighting. A short lighting pattern is when the darker side of a subject is closer to the camera. You will find these two in almost every scene of a modern film. Do not underestimate the shadows. They are one of the most important elements of the cinematic look.

One of the neglected pieces of the cinematic film puzzle is how the camera and subjects are directed and how the footage is cut together. It takes a good director to keep you locked for two hours to your seat watching a story, while many not-so-good directors can't keep your attention for a 30-second commercial.

"This looks too real. It's not resembling a movie." Have you had that thought watching a film? It's a strange thing, but indeed, we love movies, because there's something of a fairy tale in them. See the following trailer:

It feels like you are watching behind the scenes, having some kind of a reportage or a photojournalistic feel. The reason is this movie was shot at a higher than 24 frames per second frame rate. It made it look too real. The audience's reactions have proven that 24 fps is still a golden standard that keeps people in their seats. See the following trailer and feel the difference of 24 fps.

Many people think slow motion makes the video cinematic, and indeed, sometimes it does, but it's not about the frame rate rather than the feeling of something out of this world, because we're not used to seeing things at different frame rates than real life. Everything that deviates from that look seems like it comes out of a fairy tale. Slow motion is achieved by shooting at a higher frame rate and then slowing down the footage in post.

You will be surprised how much color grading affects the cinematic feel of your footage. Without color grading, the films seem too real. This is true for still images too.

It is shocking to realize that deliberate color shifts can make a picture more pleasing to the eye and convey different emotions by using warm and cold tones at the right places. Even if you stick to the obvious warm versus cold tonality choices, you can make your footage look more like a film when you grade it at the end.

One of the most obvious flaws of an amateur cinematic video attempt is when their final footage has way too much contrast. If you carefully observe films, you will find that their black point is not a pure black but a bit gray. At the same time, the white is not always a pure white. Even in dark scenes, you rarely see a pitch-black spot.

Stable footage doesn't always mean cinematic. It's just a tool for telling a story. We see examples from both worlds that have their place in the storytelling. Here's a famous long take from the film "Atonement," shot on a Steadicam:

At the same time, another classic, "Saving Private Ryan," shows shaky footage, but it's cinematic and brings emotion for that very reason of the lack of visual stability:

This is probably the most neglected part of the cinematic experience and I can't stress the importance of professional sound design in just a single paragraph. Listen to the sound of the masterpiece "Road to Perdition" and see how you don't hear anything from the ambient sounds until the scene ends when the music fades and the ambient environment gets more audible:

A cinematic look almost exclusively obeys the classic rules of composition used by master painters of old times. Golden ratio, leading lines, symmetry, frame within a frame, you name it. If you as a filmmaker strive to make every frame look like a beautifully composed painting, you will be much closer to the cinematic look regardless of the frame aspect ratio.

Making a cinematic video is an art form. Oversimplifying it to black bars and slow motion is almost blasphemy. If you want to make true cinematic masterpieces, watch for the details, not the obvious elements. You can't make all footage look cinematic, because it takes planning and skillful execution of the whole shooting process. If you are still in the beginning of that journey, my advice is to focus on composition rules and lighting first. 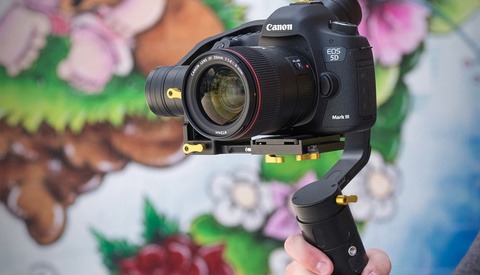 Opinion / January 3, 2018
Do Yourself a Favor and Stop Using Your Gimbal So Much 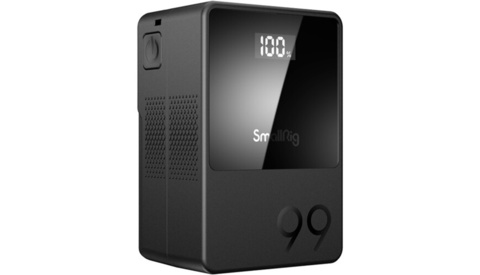 Business / August 25, 2022
Why You Might Want to Consider External Power Sources for Your Mirrorless Video 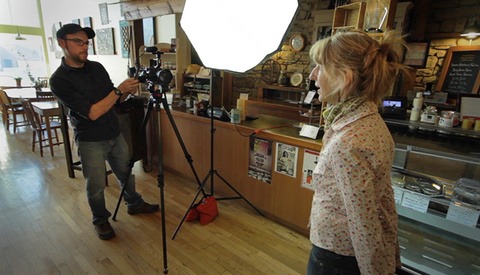 I've been bookmarking all of your articles. Another great one! Keep them coming!

Thanks, what an honour.

This is a fantastic article. I wish it got as much/more attention than the dramatic Canikon articles currently circulating.

Thank you. I appreciate that.

I’m seeing an overuse of haze and fog effects in films lately-even for large outdoor scenes to either take contrast out or show light rays in pretty stylistic ways.
And cinematography is all about manipulation-you manipulate the audience by enticing them to look at a certain part of the screen-one of the best ways is getting as much depth in your shot. Not only separation in the background but foreground too. So by lens choices, set design, lighting, and blocking: cinematographers and the crew fill the scene not only to make it look busy, practice, not staged, and moving but how to direct the viewers attention to the subject.

Yes, those are quite important. Thanks for adding them.

Depth can be achieved with VFX also which is often the case in modern films (adding people in the far background, set extensions with 3D or matte paintings, etc). No secret is films look big because of the big sets or big set extensions that are performed in post.

As for the haze, I agree. Many times there's too much haze when there shouldn't be that much, but I can say that for old films too where night scenes are quite obviously overlit and overhazed.

I enjoyed this article thank you. As an editor I get really excited when I see the rushes come in on certain shots because how effective they are at giving the audience so much more than just “face value”. Cinematic cinematography for me is subtly giving the audience context and depth of a scene within the frame, it transcends the dialog even. Lens choice based on narrative, timing, what is in focus and isn’t in focus, use of negative space and how it pertains to story.

Because in all the examples you show, the narrative is the key...it really is the base foundation of what helps cinematography be cinematic in my eye.

Saving private Ryan is a great example of this. The hand held 45 degree shutter with stripped coatings on the lenses and desaturation is almost the exact opposite of what makes footage traditionally “cinematic” yet it still resonates for me how effective it was giving the audience context and dropping them right into the story.

There is a culture clash now where you have popular photographic youtubers who hedge on the visual elements and they are the ones who the younger gen or early adapters of the craft are following.

Nothing wron with it, but it’s so so so much more than that.

I could not say it better than that. Great comment. Thanks.

What an excellent article - so educational and inspiring even for non-video folks like me. Thank you!

I'm glad it was helpful even for photographers. 50% of the principles apply for stills too.

Doing great guy.... I appreciate it.... I found a video which helps me a lot in my short film to get a cinematic look... check it out
https://youtu.be/YVdHIvyyZLI