Should You Invest in Large Aperture Lenses That Have f/2.8 or Larger?

Buying a beautiful f/2.8 lens zoom is tempting. Large apertures are always better. If you’re using primes, a f/1.8 or f/1.4 is even better. But is that expensive large aperture lens really necessary for your photography?

The first lens I bought next to the one I got with my camera was the beautiful white Canon EF 70-200mm f/2.8L IS USM. Its name is a mouth full, basically meaning it has that amazing f/2.8 aperture over the complete focal range. It is white, it is large, it is heavy, it looked good on the camera, and people were impressed by this huge white expensive looking lens.

I was so proud having this lens, enjoying not only shooting with it, but also the reactions from fellow photographers who were perhaps more wise by spending not all their money on these really expensive lenses.

I could have chosen a f/4 lens also, which is significant lighter, and half as expensive. It would have saved me a lot of money, money I could have used to invest in another nice lens. But I didn’t. I wanted to have that f/2.8, no matter what.

Since that time every zoom lens I bought had a f/2.8 aperture, except the Canon EF 17-40mm, which has only f/4. Every fixed focus lens I bought had an aperture of f/1.4 and I even choose to buy a f/1.2 lens also. These are amazing pieces of engineering, which all have their ups and downs. Yes, I admit, these lenses are not always the best performing lenses available, but I did not want any other lens. So, should you also invest in large aperture lenses that have f/2.8 or larger?

Before I try to answer this, I would like to sum up some reasons when you can benefit from a large aperture.

You probably would have guessed these reasons, and perhaps you can come up with a few more. But I think these are the most important ones. There are some other things to keep in mind regarding large apertures.

In case you often shoot in dark environments, you probably would like to capture as much light as possible. Weddings, concerts and indoor sports can really benefit from a large aperture. But in those cases, you must take the small depth of field into account. It may prevent you from using high ISO levels, but it can lead to not enough sharpness and difficulties with focusing on the right spot.

Should You Buy a Large Aperture Lens or Not

Although it is a personal choice, don’t think you need to have the heavy and expensive large aperture lenses. Look at your preferences in photography before deciding to spend your hard-earned money on these lenses.

Do you like photographing with a razor thin depth of field, you might invest in these lenses. But if you prefer using the lens at something like f/8, you are better off with a lens that has a normal maximum aperture like f/4 or even f/5.6

If you are shooting at dark venues with relatively fast shutter speeds, you can benefit from a large aperture. But keep the thin depth of field in mind. If you prefer stopping down the lens, you don’t need that large aperture at all. I think you could benefit from a camera with a good high ISO performance instead.

Do you love to shoot a Milky Way at night, or landscapes underneath a starry sky? A large aperture will capture more light. But keep in mind these lenses will have a significant light falloff at the corners. If you want to prevent this, you might also choose a lens with a smaller aperture like f/4. Often a lens with f/4 has the same light fall off as the f/2.8 stopped down to f/4. You might want to check this out.

Lenses with a large aperture are often very heavy because these lenses require a lot of glass. Although this might be not much of an argument, it will make a lot of difference for photographers who like to travel. When you take the Canon f/2.8 trinity lenses with you (EF 16-35mm, EF 24-70mm and EF 70-200mm) you end up with nearly 4 kilograms. Change those lenses into the f/4 versions, and you will save almost 2 kilograms of weight. It might not sound a lot, but when you have to carry it with you for days it will make a big difference.

Large aperture lenses. They look good, don't they? But they're large, heavy, and expensive (except the 15mm fish-eye perhaps). My advise, only buy these kind of lenses if you really need the large aperture. It may save you a lot of money in the end.

It Is Your Choice, and Yours Alone

Do you use the large aperture lenses, or did you decide to go for the f/4 and f/5.6 lenses? What are your thoughts on this subject? I love to read your opinion in the comments below.

Should you buy a large aperture lens?

At the same time a lot of people think they need one. I see those people all the time

Most of the new photographers go behind such lens for the "bokeh". The experienced photographers have different reasons (some of which, you have already mentioned). I use to go for all the sub-f/2 lenses in the past and then realized, that I hardly shoot at anything less than f/2.8. These days I prefer f/4 over anything. Knowing your style is important to chose a lens or a camera. Otherwise, you might end up over-investing or under-investing.

correction. the subject should be in focus. the bokeh is to isolate the subject from the background and draw the attention to the subject so you can't say nothing is in focus. obviously when it comes to landscapes we want everything to be in focus but if you want that with a portrait then just use your phone mate

I recently started using the tamron f/2.8 70-200mm for basketball photos, as the low light situations common in gyms make it difficult to work with smaller apertures. I soon found out that at the widest aperture, it was rare to keep an entire player in focus. F/3.2 solved the issue for the most part, but it's hard to get it right either way. 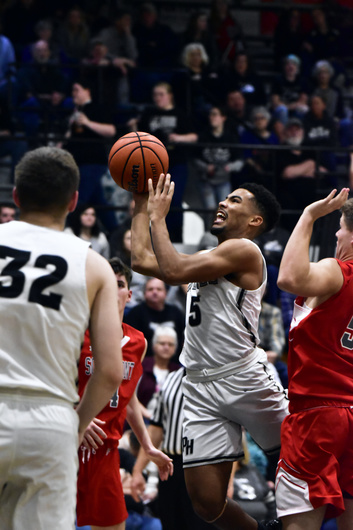 In these situations a camera can also make a difference, just as the lens you are using. Some lenses and cameras perform better than others concerning speed and focus accurancy.

That is definitely true.

You may never know when you need it. You can always shoot a fast lens stopped down, but if you buy a slow lens and realize you need a fast one...that's a mistake that will cost you the price of the fast lens + the amount of money you lose when selling the slow one. If the OP wanted a more interesting discussion, it should have been about lenses faster than f/1.4 :).

In that case you have thought the reason for buying a fast lens through (hm,, did I wrote this the correct way?

If you can afford it, I'd rather have it and not need it, than need it and not have it.

Ayup! Best answer. If it's in the budget, why not?

Having these lenses can be a heavy burden, and I mean carrying these lenses around. As I mentioned in my post.
So, you must say; if you can afford it and can carry the weight ;)

Though I don't mind carrying them around most of the time because I know they'll give me better photos than any other lenses I own.

To be honest, I only have large aperture lenses, except a few but those are special lenses, also heavy.
I don't mind the weight either. ;)

Go hike in the mountains, and you'll be happy with a light gear, and I'm still young and sportive.
Again, no general rule, everyone takes what suits.

Same here actually. Except for the 24-105 (which was the first lens I got). Other than that, the only f4 lens I have is the 12-24 which is really not a big deal since I always use a tripod when using it. The rest are f2.8 and under, with one exception being the f3.5 Canon TS-E lens, but that falls under the specialty lens bit. Every time it comes out of the bag you know shit just got real ;)

The 2.8 is definitely sharper at F4 than the F4 shot wide open.

It that case I was mistaken. Thanks for correcting this

What people fail to recognize is that the faster lenses give a brighter viewfinder, the diaphragm is open until you hit the shutter. All of my lenses are the fastest versions except for the 16-35/4LIS which is usually on a tripod for specific types of shoots. Remember when people installed Beattie ground glass in their cameras? I understand that it brightened the viewfinder.

Until you go mirrorless...which is the inevitable future.

I doubt you will notice any difference beyond f/2,8.
I don't
perhaps if you compare it next to each other you may see the difference

I went and bourght some slow zoom for two reasons.
1. Got tired of dragging those big heavy 2.8s around, when I just wanted to do some casual shooting.
2. When doing casual shooting, you really don't need to shoot at ISO 400 or lower with today's cameras.

lol they're not that "big and heavy"