Think It’s Time to Upgrade Your Gear? Here’s How to Choose the Right Stuff

There’s a constant stream of new technology on the horizon, new features and capabilities that are undoubtedly valuable to someone. But how do we know if that someone is us? How do we know what’s worth investing in and what’s worth passing up? Here are three questions to help us figure that out.

What’s Wrong With Your Pictures?

Or, perhaps, to frame it a little more gently, what technical aspects of your photographs are detracting from their artistic impact? Maybe it’s an overabundance of noise, maybe it’s soft focus or focus that lags the subject, or maybe it’s that you’re missing that decisive moment. Each of these might detract from what could otherwise be a great image.

Start out by thinking critically through the technical aspects of your photographs relative to your artistic vision for them. Look through a bunch of images rather than just one or two. What patterns arise? What issues do you see cropping up over and over again?

My initial foray into bird photography, a Great Blue Heron in the shallows of a local lake. Soft focus, a hint of camera shake, tons of noise. Nikon D60, Sigma 75-300mm f/4-5.6.

Note, though, that there may be times, especially early on in your photographic career, where something doesn’t quite feel right, but you’re having a hard time putting your finger on exactly what it is. In such cases, it’s unlikely that a new piece of kit will, by itself, solve the problem. In fact, more advanced camera gear is by design more complicated and less forgiving than entry-level gear. My first DSLR had barely a dozen options in the menu system. Modern professional bodies have hundreds. That $6,000 flagship body could actually make it harder, rather than easier, to make solid images.

Do some additional research first. Ask a fellow photographer or two to take a look at a few of your images to see if they can help identify potential trouble spots. Those nagging feelings we get are almost always indicative of something. The process of figuring out what’s causing them is a great opportunity to grow as a photographer. And it could well be that you’re in the enviable position of not actually needing to shell out any of your hard-earned money to improve your work. Rather, you might just be able to invest a bit of effort in picking up some new knowledge or practicing a new skill.

Sometimes, all you need is that one, brief flash of insight. Priceless.

On the other hand, if a few basic shortcomings keep cropping up over and over in your work and you’re able to articulate what they are, then you’re probably ready to move on to the next question.

What Technical Constraints Are Causing These Issues?

The next step is figuring out the technical hurdle(s) that are causing those problems. Noise, focus, and missed shots, for example, are all issues I’ve had at various times (and occasionally still have). Let’s delve into one in a bit more detail as an example: noise.

What technical constraints impact noise levels? Noise is normally characterized quantitatively in terms of a signal-to-noise ratio. This suggests two main contributions to the apparent level of noise in an image: the baseline noise level, the denominator; and the signal strength, the numerator. The performance characteristics of the sensor and its associated electronics are the primary contribution to the former. A number of separate factors contribute to the latter, including the shutter speed, aperture, and size of the sensor.

In general, it may be worth thinking through the list of technical causes in some detail. Even if we’ve identified a single issue that’s chipping away at the strength of our images, there can be many technical factors that individually or as a group contribute to those shortcomings. That can make the next step a bit challenging. A little detective work here to nail down where the problem actually lies can help ensure that any new piece of gear is likely to actually help solve the problem rather than leaving us scratching our head as to why we haven't seen the impact we were expecting.

What Features Could Help Overcome Them?

Now that we’ve figured out the technical hurdles we need to overcome, we need to determine an array of technical features that address those challenges and, ideally, does so in a cost-effective way. Let’s continue to use the technical roots of noise as an example.

What features in a new piece of gear might lower the baseline noise level in an image? One possibility would be to move from an older front-side illuminated sensor to a newer back-side illuminated sensor. This would decrease the effective baseline noise level by roughly half a stop. On the other hand, if you specialize in long exposure work, then investing in a camera with long-exposure noise reduction might be an alternative avenue (this is obviously of less utility in wildlife or sports photography). The two solutions aren't mutually exclusive and could be undertaken in concert.

Alternatively, we could seek to gather more light. One strategy would be to invest in features that allow one to use a reduced shutter speed. A newer camera might have in-body image stabilization (IBIS), for example, or a new lens might have built-in vibration reduction (denoted VR, IS, or VC depending on the manufacturer). Both can provide substantial benefits for many genres of photography and videography.

A lens with a wider aperture, on the other hand, would allow us to increase the rate at which light can be gathered. The first image in the article was taken with a Sigma zoom lens that had a maximum aperture of f/5.6 at 300mm. My first “big” lens purchase was of a 300mm prime that had a maximum aperture of f/4. This reduced the amount of noise by a full stop while also providing more light for the camera to use while focusing.

Finally, the size of the sensor also constrains the total amount of light that can be gathered. If you’re currently shooting with a micro four-thirds (MFT) sensor, moving up to an APS-C or full-frame sensor can increase light intake by a factor of two or four, respectively. That’s one or two stops of additional light and, thus, one or two stops less noise. The caveat is that if you want the same field of view, you'll also need to increase the length of the lens comparably while retaining the same maximum aperture. For a long telephoto, that can get expensive. Olympus’ 40-150mm f/2.8 for their MFT bodies is comparable in field-of-view to Nikon’s 120-300mm f/2.8 for their full frame bodies. The difference is that the latter costs about seven times as much. That’s after having to shell out for the full-frame body. That said, the combination also gathers four times as much light and, as a result, produces two full stops less noise, all other variables equal.

The point is that there's often more than one way to overcome a technical challenge. Some solutions may be more appropriate in some circumstances than others, some solutions may cost more or less than others, and some solutions may have secondary advantages or drawbacks that affect other areas of your work. By identifying the underlying issues that are impeding your photography, laying out their technical roots, and thinking through the array of features that might effectively contribute to overcoming them, you give yourself the best chance of identifying that new piece of gear that will be a joy to shoot with and have a dramatic impact on what you can achieve.

There is always new tech on the horizon, it's only just making people even more lazy thinking there pictures will improve magically. This article is pointless throughout without a conclusion, just too much gibberish.

I love the photo of the cormorant and the butterflyfish. Cormorants are truly a bird with an "attitude". Great photo on many levels. 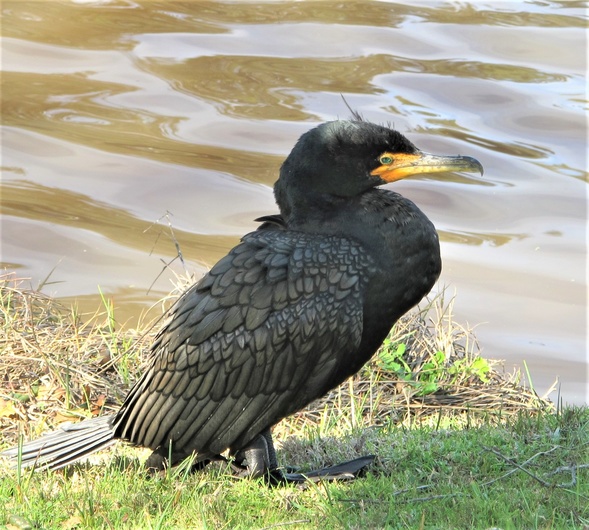 Thank you, sir. Nice pic yourself. They really are cool birds. We actually got to do a bunch of snorkeling with them on that trip. It was incredible to watch them catch fish underwater! They’re INSANELY good swimmers!