Trying Something New: Shooting Without Autofocus

I recently got myself the Fujifilm X-T20 for traveling. The next trip was to Vietnam with my family and I knew it was going to be a showcase of people, culture, and life that I am unfamiliar with, and therefore something I wanted to document. The reason I chose the X-T20 was that it’s small, light, packs a punch with colors, and its ease of use, very reminiscent of the film cameras back in the days. What I didn’t get was a Fuji X-mount lens to go with it, but I got a Fotasy adapter to fit my old Nikkor 50mm f/1.4, my Vivitar 28mm f/2.5, and Tamron 80mm-210mm f/3.8-4 to the X-T20.

My Experience in Vietnam

Everything moves by quickly. People are commuting by bike or scooter, and there’s definitely a sense of the town aiming to move forward. I was based in Hôi An, but this can be said for Vietnam as a whole too. The country is seen as the rising star of Asia, so everyone, from the street food vendor to the shop owner, forms part of this "making it work” network across the town. When I shoot, I often try capturing the candid nature of people. I like the off-guard approach where people are just themselves with no barriers set up. Because of this fast-paced life, the place I found I could get these shots were on the streets, shooting the bikers and cyclers, and secondly, walking through the market where fresh produce, meats, and seafood was sold and purchased. 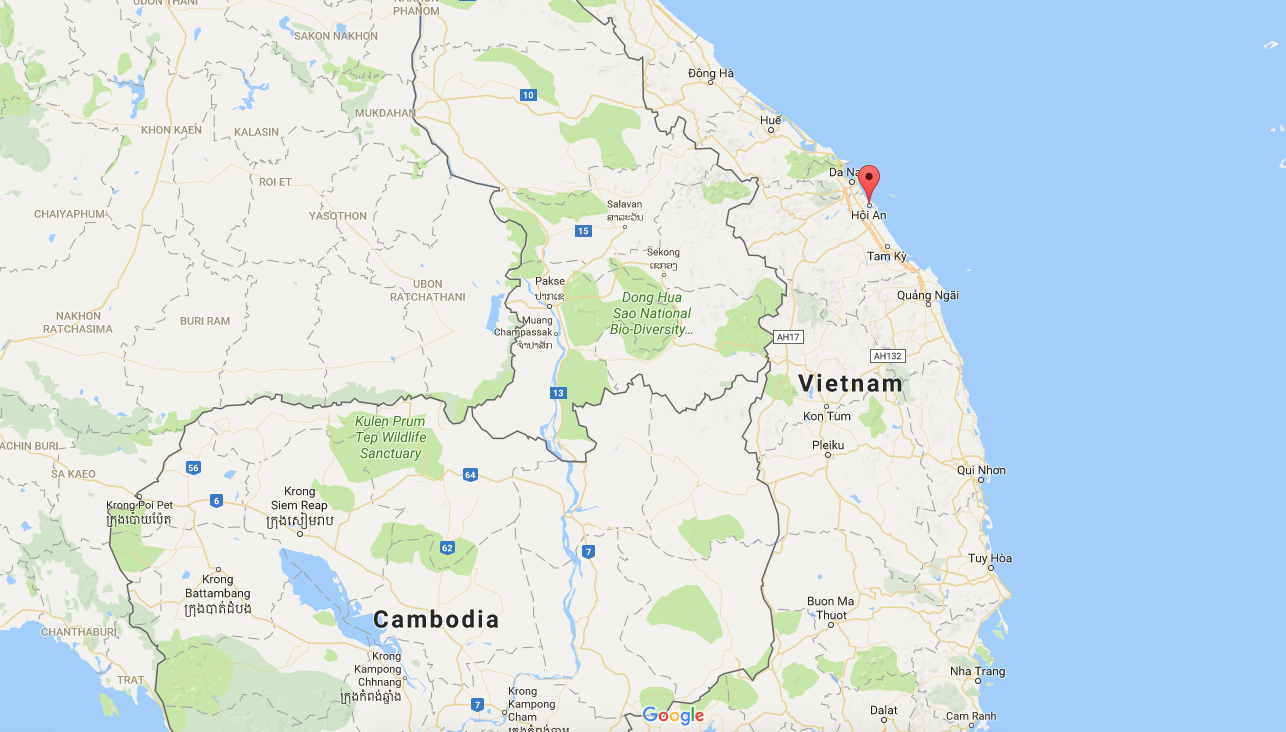 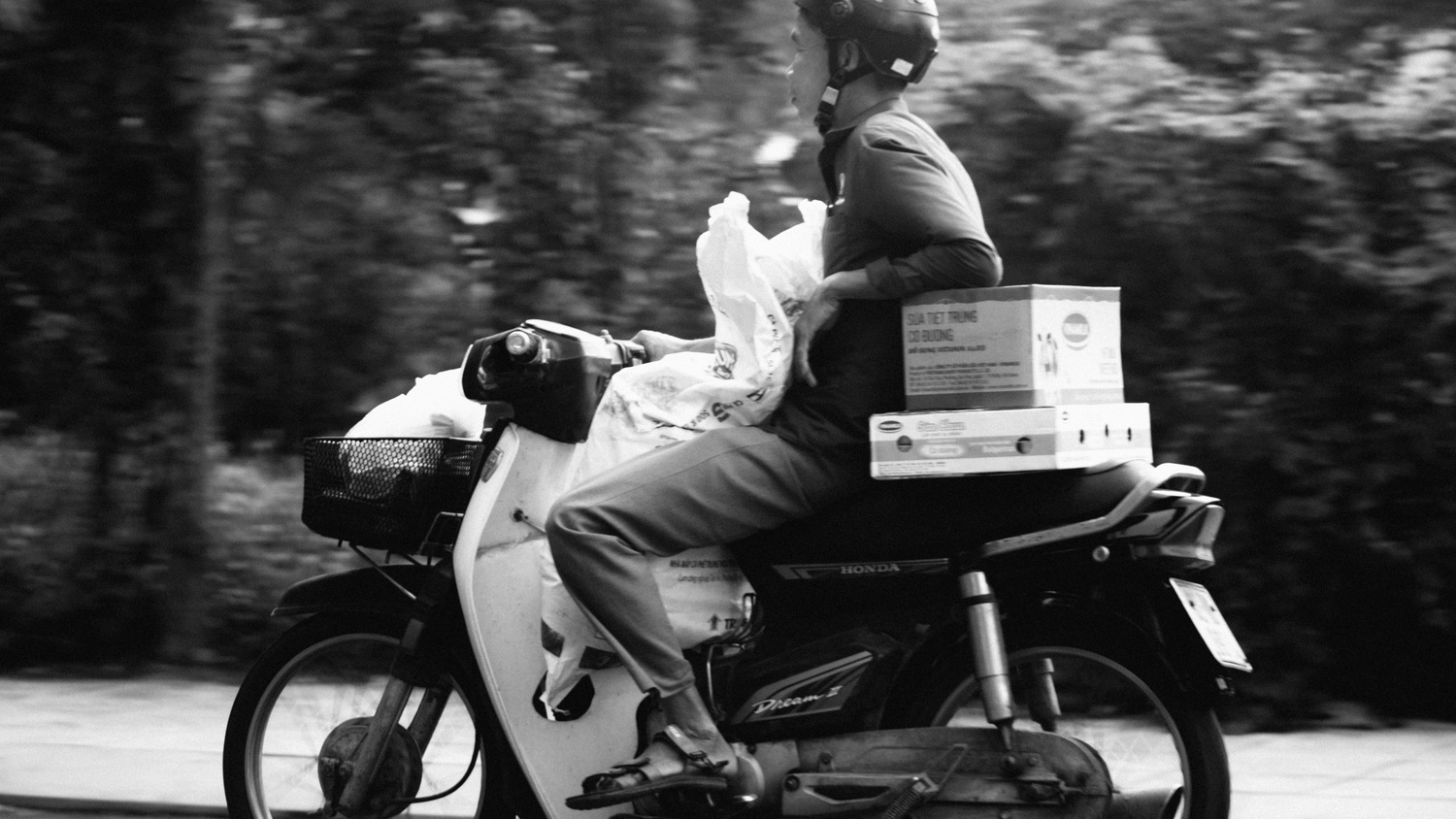 I must just also say now that it was easy to speak to people, and based on my experience, as a culture, they are of the friendliest and most helpful people I’ve been around. If I look at the investments in residential developments by the Chinese and Japanese, it’s also obvious that the country is in a transformative period, where tourism and exports of products are a priority, similar to China in the 2000s and Thailand a few years back. What is important now is for them not to change their culture or open up to mass tourism.

Older lenses are designed for manual focus. Back then it was the only option, so it was made with large grooves for your fingers to fit and easily change the focus. The focus peaking on the X-T20 is a massive advantage here. The lenses doesn’t show you when you’re in focus, and it all needs to be done by eye if you don’t have the focus peaking mode switched on.

I took longer with each shot. I composed and had to think about where I want to focus on the passing biker. It gave me the anticipation of the shot and I had to prepare for it. These processes in my mind don't occur with automatic focus. So it made me aware of what I am shooting, why I am shooting it, and of my overall surroundings and experience walking around the town.

The images aren’t all sharp, and that’s perfect for my type of photography. When shooting, I want to capture the person and their soul. I am not trying to show their skin’s pores and often find the sharpness of automatic focus distracting. 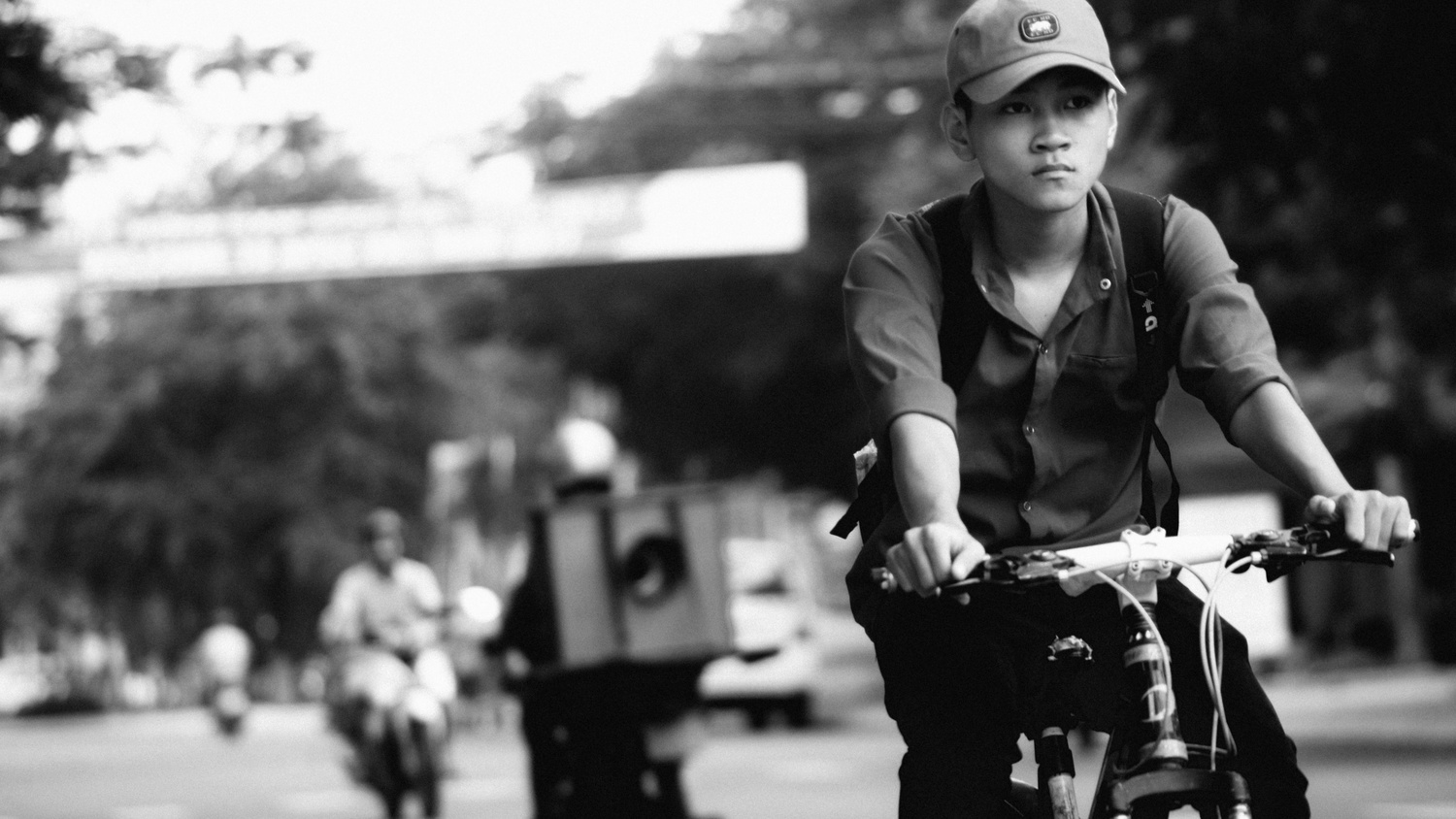 It’s a great travel camera. It’s small, unobtrusive, and with the tilting screen and the Touch Shooting setting that makes the camera take a shot whenever you touch the screen makes shooting from the hip fun and easy to do.

The mobile app made it possible to choose which images I wanted to share, send to my phone, edit it with the various apps I use, and share it on my social feeds.

The focus peaking is amazing. It's something my Canon 5D Mark III doesn’t have and really is a game changer regards to my style of photography.

The EVF shows you the expected image before you’ve taken the shot. When you are choosing your aperture, the effect of the changes is immediately visible in the viewfinder. The various film simulations are also “live” so if you shoot black and white like I do, you’re looking at the world in black and white while shooting, and not only when back at the studio editing.

The 50mm lens on an APS-C sensor gives me the equivalent frame as that of a 75mm lens. Although I didn't take this lens with me, I am looking forward to shooting some portraits with it too.

The vintage glass gives me a unique rendition of the image versus someone shooting with current or newer lenses. I also don't have the metadata so unless you’re reading this, you’ll never be able to know what lens I got the shot with.

I missed some shots. Sometimes my focus was off, especially in the case of something interesting passing by at a different distance from me than what I planned for.

What I am practicing now is to get to know the lenses better, and knowing the effects and change of distance of the focus plane that turning clock-wise and anti-clockwise has on the lens and shot. I also take more time when taking a shot now, so it slows me down. Many might not like this, but it's great for me, and I can compare it to a form of transcendental meditation when I’m out on the street. I get to know the lens — how a lens works in the same way our grandfathers got to know how an engine of a car works — something most of us take for granted today.

I’m happy with my camera and the manual focusing lenses I use. I might get some X-series lenses in future, but for now, I am having a lot of fun and I enjoy going through the images I took.

I've been using manual focus exclusively for about 8 months now since half my glass doesn't have AF and I don't trust the ones that do. I shot my first drift event Monday and about 40% of the photos I took at 1/50th to 1/80th on my 85mm were tack sharp, this one is pushing it but it's still acceptable. Last time I used AF I had a reflector in one hand and 80% of the photos weren't perfectly in focus but I was shooting at f/1.6 so I guess that's expected... 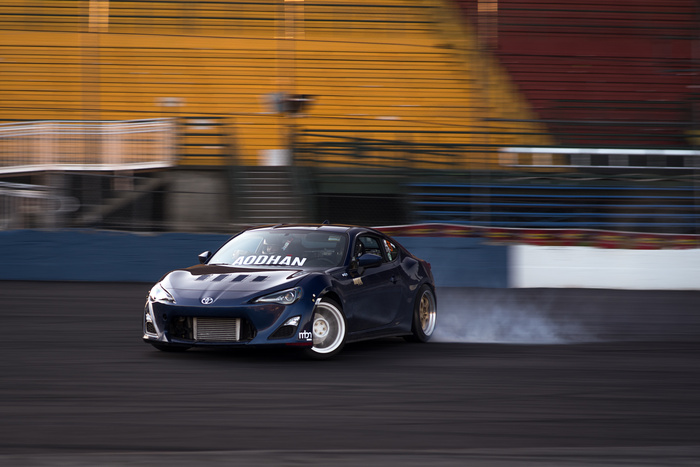 For me, that's a super shot!

I only use manual on my Sony A7, I like to test any manual lenses, I have a lot.
But the one I prefer are the canon ssc.