As a photographer who has spent the last couple of years around plenty of other sponsored photographers and one who has a couple of sponsors of his own, I’m going to share the one thing that no one is actually saying aloud, the one decision you should consider before you ever press the buy button on any photography equipment.

Buy Whatever You Need and Whatever Gets the Job Done

Everything else is unimportant. We as photographers are constantly bombarded with new cameras, new lenses, new lighting equipment, etc. and we buy all of it. Why? Seriously, think about it. Why do you need that third generation lens that has a marginal difference from the last one? Who cares about what Billy Bob down the street has or what your client thinks?

If Gordon Ramsey was in your kitchen, and he had the same stove and ingredients you had, you better be damn sure that he would out-cook you. The stove doesn't make the food. The chef does. And while there are different stoves that do different things, saying that you can't cook on a stove because it's electric and not gas is absolutely ridiculous. If you're hungry, you'll find a way to cook your food, even if it tastes like utter trash. When you're hungry, you make things happen. Photography isn't any different. You use the resources that you have at your disposal to get the job done.

Growing up, my parents always harped on need vs. want. One of those is survival and the other is emotion, while you may want something, you most likely don't actually need it. As a professional photographer, you'll obviously need some sort of camera that gets the job done. What camera you want can be subjective.

Let me be clear: I have a bunch of companies I work with on a consistent basis. For example, right now, I'm on tour for Phase One speaking at their Photo Forum. The average photographer simply can't afford a Phase One IQ3 100MP Digital Back (MSRP $43,990.00). If you were a portrait photographer charging $50 for a 2-hour portrait session and were looking to buy one, I'd tell you to reevaluate your priorities. Hell, I don't own a IQ3, but when I need one, I rent one. It's that simple.

You see, photographers have gotten lost in this A vs. B debate and they're extremely passionate about their specific position. Here's the truth: just like we all come from different circumstances in life, we all have different needs as photographers. What matters to me as a photographer may not matter to you, and that's absolutely okay. I respect your position. 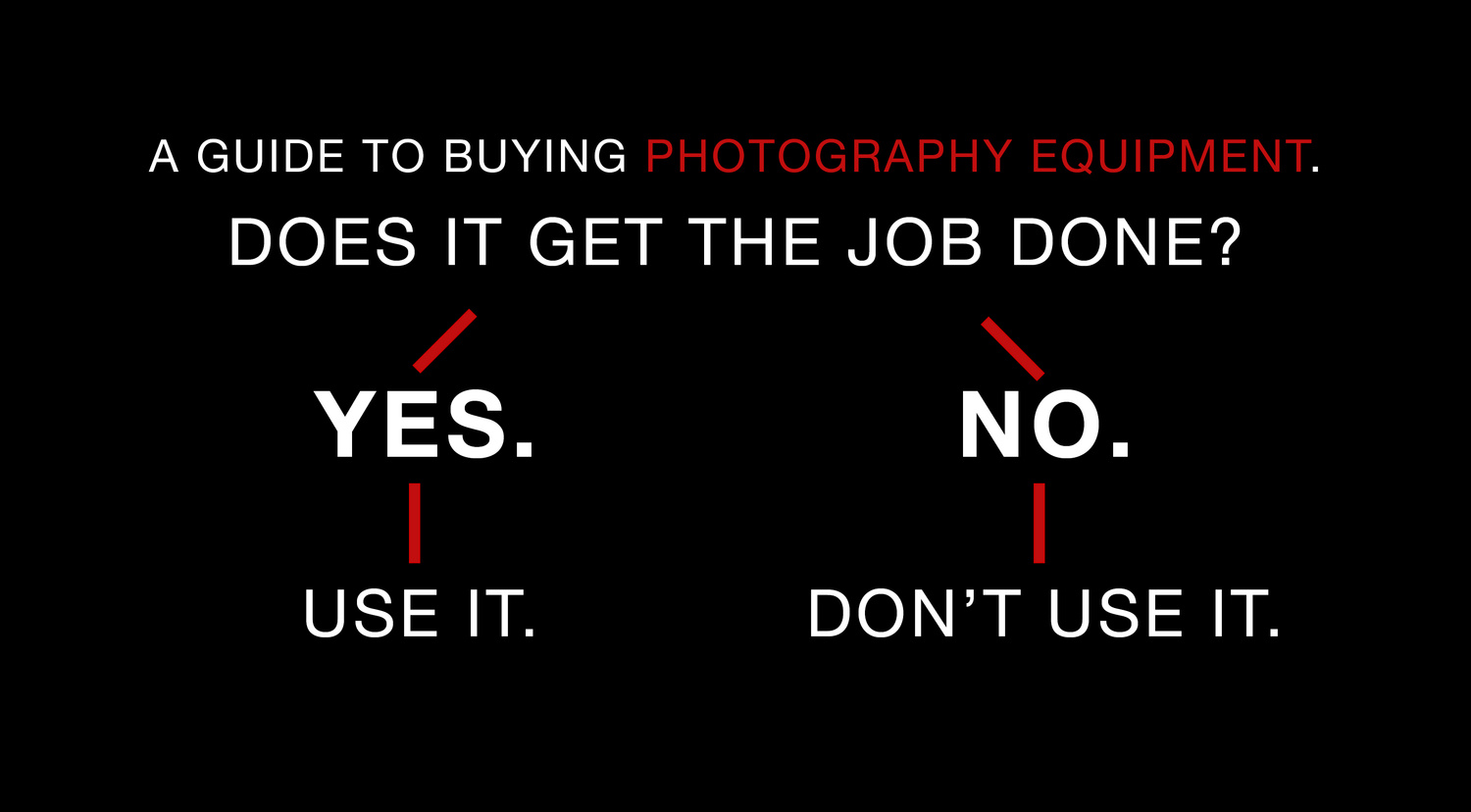 Whether they'll admit it or not, I've filmed productions for some of the largest companies in our industry (they're the ones with the huge booths at trade shows). I've shot videos for one camera company using their competitor's camera because it was more efficient for what I needed. For example, I used two (now defunct) Samsung NX1s to film tutorial videos that one of the big three camera companies has promoted. Why? Because it had 4K capability, and the DSLRs on the market did not have that capability yet. The 4K capability allowed me more flexibility when editing in a 1080 workspace. The Samsung NX1 was light, portable, and basically a throwaway camera. It got used as the main camera and for a bird's-eye view, and no one knew any different.

I've filmed productions for lighting companies lit with their competitor's lights and/or modifiers. For example, for years I used the 59" Westcott Zeppelin on a Profoto D1 to film interview sessions. Some of those interview sessions were used by Profoto. Guess what? I'm not the only photographer/videographer who has done that. When you're working on those kinds of sets, you try to be as diplomatic about it as possible, but the reality is that you still need to get the job done.

These days, I've been using the Sony a7 II and Sony a6300 as my main video cameras on location to film behind the scenes and tutorial videos. Why? Because they're light, portable, and basically (like the Samsung NX1) throwaway cameras, meaning that I wouldn't die if one got destroyed on set. They can be replaced relatively easily and get the job done. My main photo camera will strictly depend on what I have in my hand, whether that's Sony, Canon, or Phase One; my single goal is to get the job done for whatever I'm shooting.

What You Should Consider Before Buying Anything

You should always ask yourself these three questions before you buy anything: 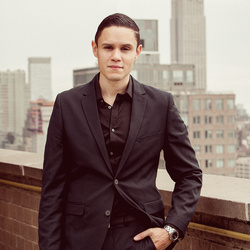 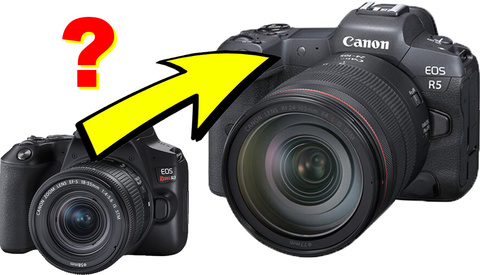 Education / September 19, 2021
When Should You Upgrade Your Kit? 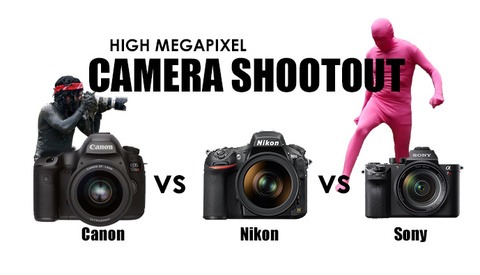 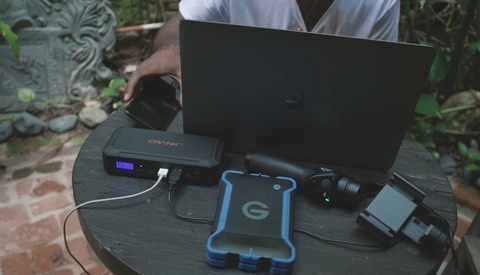 Gear / July 24, 2017
The Crank Juice Box: Portable Power Charger for Your Camera Accessories, Laptop, and Even Your Car 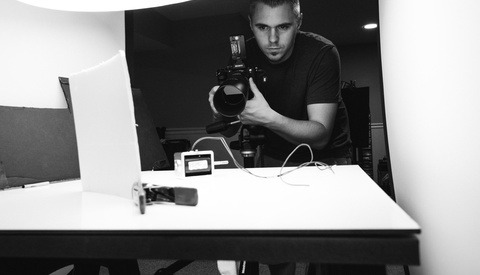 Capture One / April 3, 2017
How to Wirelessly Trigger the Sony a7R II While Shooting Tethered with Capture One or Lightroom
Log in or register to post comments
9 Comments

What exactly is a sponsored photographer and why should I trust their opinion?

You make Some valid points. In order to be successful in photography (or any other field for that matter) you need to carve out your own little niche and be the best at what you do. Who is anyone else to tell you what gear you need? Advice is always welcome of course but at the end of the day, you know what you need to get going. Cut out everything else, it will only clog up your budget and your creative mind.

Same goes with monthly expenses. Keep them as low as possible, even if you can affford more. It will free up budget for oth things and if something goes awry, you can take a hit.

Renting is also an option!

unfortunately, not in all countries!

Do people really charge $50 for a 2hr portrait session?

A few reflections on your very good article. First, as regards to "who cares what your client thinks" perhaps you didn't mean it the way it comes across but I think what clients think is actually important. I remember reading an interesting article on the topic lately. A wedding photographer was explaining he couldn't afford to come at a wedding with inferior or equivalent equipment as uncle Bob because he would be frowned upon by both bride, groom and guests. Also as regards to kitchen comparison, I believe if Gordon Ramsey was given a cheap electric stove he would for example avoid cooking anything fancy (like macaroons) with it because of its limitations. The same applies to photography equipment or any other equipment for that matter. Last, not everyone work in the US and whereas camera equipment costs pretty much the same anywhere on the planet, the amount you can decently charge your clients depends greatly on where you work. For that reason, I had to adapt how much I charge here in south of Spain to my clientele and if $50 for 2 hours is pushing it, I often disregard how much more time I spend on a shoot because time has another meaning here it seems. One thing remains true anywhere though. People will expect medium format in studio with profoto arsenal results whatever their budget is, even the ones who can barely afford $50 for a couple of hours. Mind you, their phones can do the job !

While I totally agree with the article, I have been denied membership to a referral service due to not using "professional" equipment.