What is Canon Building? Could It Be the New Niche Dominance of f/2.0 Zooms?

Canon has just released the trifecta of f/2.8 lenses that cement the workhorse length of optics for professionals and prosumers alike, but they are still missing a flagship mirrorless camera body to take advantage. This is only part of Canon’s future strategy when competing against Sony and Nikon which may include a new family of f/2.0 zooms.

Canon already lost the battle to be the first full frame mirrorless camera company with Sony reaping those rewards. Those initial offerings were a near painful product to use in the first iteration of Sony's Alpha a7 full frame mirrorless cameras, but they took those disparate version one offerings and claimed their niche. Drilled down full frame designs for the high resolution, low light, and weekend photographers that wanted more from their cameras. Eventually taking several years of research and development from these initial camera bodies and bringing us the professional workhorse of the a9 series of cameras.

What Sony missed originally in their full frame releases has been a fleshed out lens line up and that fault has only begun to be filled in almost completely these past two years. Just so coincidentally with the release of the Sony Alpha a9 Digital Camera body. Though this may have been in Sony’s plans all along, they simply didn’t look at the technology they were creating and learned from the history behind other camera companies and never strayed too far from the DSLR formula of olde. By this, I mean, their lens mount including the flange and throat sizes they chose when bringing this new breed of mirrorless camera to life. 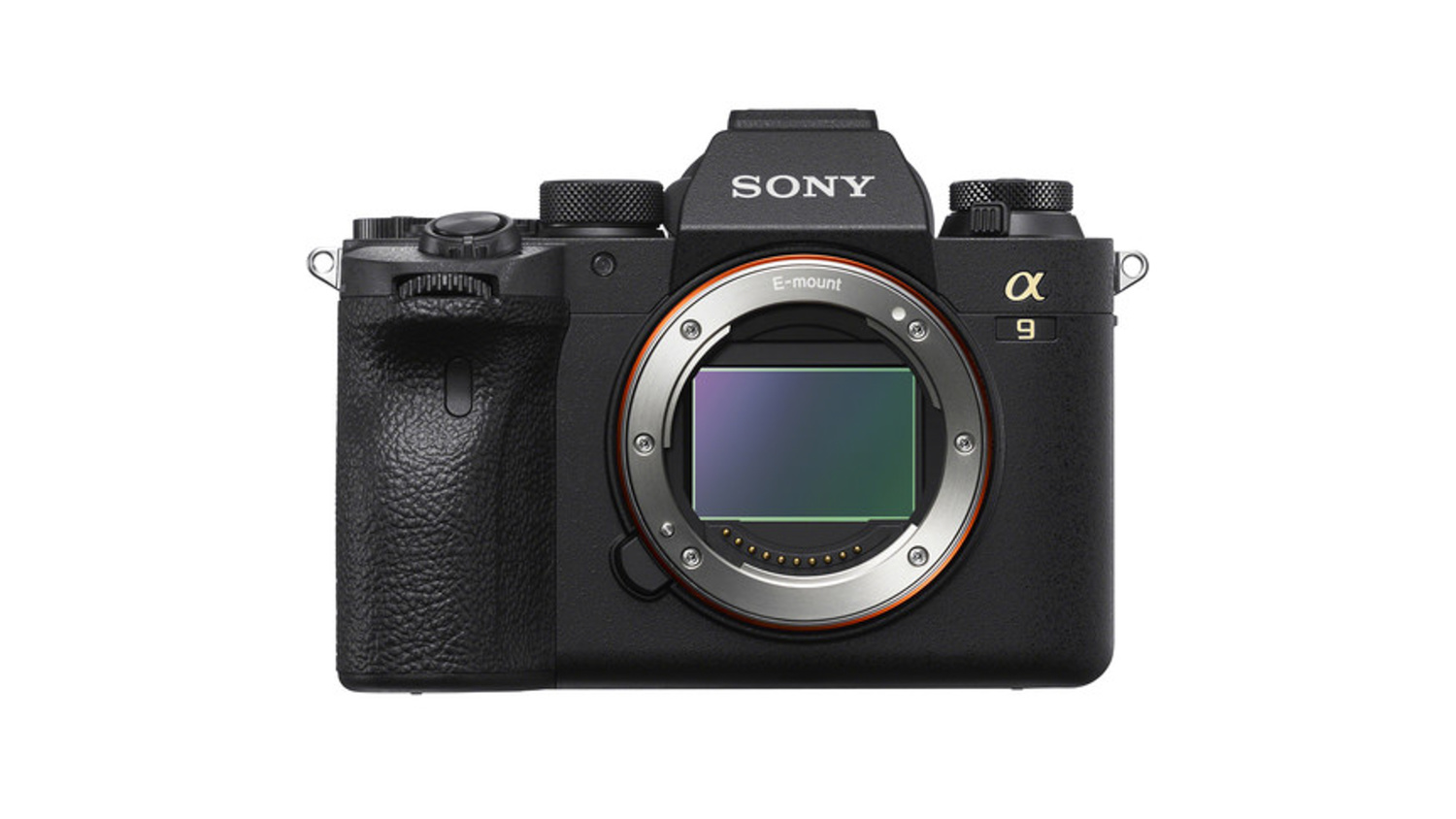 Maybe the engineers didn’t want to venture too far away from the mold and keeping a lens mount throat size in line with the Canon and Nikon counterparts was worthwhile for third party lenses to fill the void in the lens options for the first several years. With Sony’s reduced flange distance, the space between the back of the lens and the sensor of the camera, they were able to capitalize on the reduced foot print of their camera system, but not create fascinating new lens design. When we look at Sony's lens line-up it’s almost boring though mostly functional for professional and "pro-sumers" alike to use day to day.

Sony deserves credit where credit is due though, and they have truly put serious economic pressure on Canon and Nikon where Nikon had to recently restructure due to financial losses and Canon had to write down a 50.3 percent loss year over year. What we are seeing in the market is the masses leaving cameras the size of point and shoots and larger behind for the ease-of-use of smart phones. For camera manufacturers there’s still economic opportunity in the professional and "pro-sumer" market and that’s where Sony has discovered a beacon of light that Nikon and Canon are just recently catering to and chasing.

This so happens to be where Canon, and maybe Nikon if they can get their lens roadmap on track, should truly shine come the next 12 to 36 months depending on what rumor site you are reading from. Canon has their professional level of mirrorless f/2.8 zoom lenses set for a complimentary professional level mirrorless camera body to use when it’s eventually released. The “holy trinity” of lenses are now relatively smaller and lighter overall for the set with the RF 70-200mm f/2.8L IS USM Lens is almost the same height as a RF 24-70mm f/2.8L IS USM Lens or the RF 15-35mm f/2.8L IS USM Lens. It’s also a pound lighter than the DSLR iteration of the EF 70-200mm f/2.8L IS III USM Lens . This is where the lens decision for professionals is going to prompt a true move from one to the other especially for the traveling photographers that may bounce between genres and realize they can have their f/4 sized zoom lens choices while also taking advantage of the faster glass when needed.

I know some photographers will have concerns about dust getting into the new RF zoom lens and if you’ve ever photographed with a EF 24-70mm f/2.8L II USM Lens, EF 24-105 f/4L IS II USM Lens, or the newest EF 100-400mm f/4.5-5.6L IS II USM Lens you’ll notice no real issues with image clarity from dust or debris and these lenses having an external zoom. It’s simply a myth that dust particles will effect the lens and image quality with regular, real world use. Don’t believe me, check out the fly that made it’s way into a 70-200mm lens. Only stopped down to f/13 is the fly beginning to create an issue in the image. 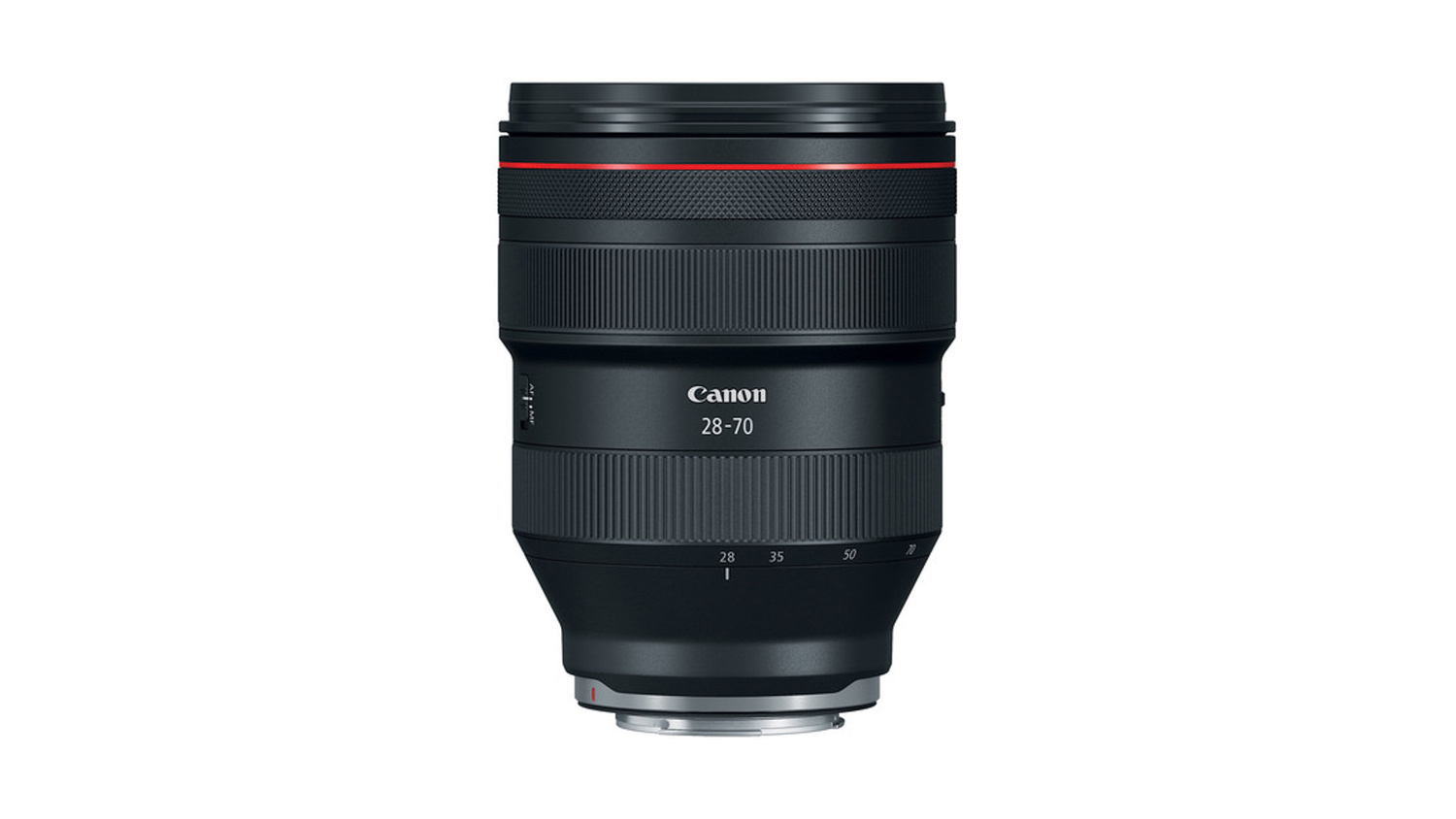 What Canon has seeded in its line up is a truly niche lens option with the RF 28-70mm f/2.0L USM Lens middle of the road focal length lens. Which just so happens to be in the middle of some of the most popular lens lengths used by most photographers. With more recent rumors and patent applications making this lens introduction, in my opinion, likely to be a lead up to a new trinity of professional zooms at f/2. This new series of lenses will blur the line of zoom lens capabilities and prime lens depths of field. If the rumor mill is eventually accurate, Canon will be releasing an RF 14-28mm f/2.0L USM Lens and the likelihood of an RF 70-200mm f/2.0L USM Lens release in the next few years will be a near absolute certainty to then complete this new standard of professional zooms. Canon will again be at the cutting edge and pushing beyond the boundaries of what photographers expect from the camera manufacturer with their lens line up leading this new charge into mirrorless cameras. The forethought of using glass to create consumer drive has been Canon's continuing strength and that business model is being pursued anew with even more vigor to get photographers on board with its new RF ecosystem.

With the continued advancements by Sony, Nikon, and Canon with their proprietary face detection and eye focus for each of their mirrorless camera systems they will eventually become ever more equal to one another. The available lens lineups will be the new battle ground for the hearts of photographers which Canon is already leading the charge though quietly. With smaller f/2.8 zooms being available and the eventual possibility of a trio of f/2 zooms from Canon, there will be more people appealing to the former fast zoom of f/2.8 over the slower lens options when traveling or only looking at f/4 zoom lenses due to price. The wedding and event photographers will have the option to shoot like they never have before with f/2 zooms at their sides and not necessarily needing to change between multiple prime lenses for better low light performance or to truly separate their subjects from their backgrounds at wider lens lengths. This will be the new battle for the hearts and artistic minds of photographers and Canon is best positioned in this fight so far.

I reallly want the f2.0 zoom but not enough to switch systems for it.

Nifty fifty they'd sell a batrillion of them*

*Claims may over exaggerated

Niche being the operative word, I have zero interest.

It would probably be cheaper than the 58mm f.95 NOC.

Never had an issue with weight or size when buying large 2.8 zooms over the years. Its not going to chnage at all for professional build 2.8 zooms. Even primes like otus or art lenses. Their going for highest iq and build woth no regard to weight/size. I enjoy the stability from them and the beautiful build. I prefer them over my plastic 50 z lens build but to each his own. Theyre all good lenses but quality on the nikon is lacking.

It wouldn't matter to me if they did 1.4 zooms. I have no issue with size or weight. I much prefer them to dinky cheap plastic lenses like my nikon 50 z lens. Great optics, build quality is horrific once you own art and otus lenses

f/2 zooms sound sexy... until you see them in person.

I can't imagine any photographer carrying around a trio of lenses like that.

The fact is that 'boring' lenses just make more sense.

And I'm sorry but this flange distance nonsense is classic F.U.D. BS

I don't know how many times I read that it was a fatal flaw... yet Sony has many class-leading lenses like the 24mm f/1.4.

With 30-60 megapixels and counting, a sharp/small/light-weight/fast prime (compared to a zoom) can be used AS a zoom via cropping. So as sensors become more pixel dense, some/many photographers will have less need for zooms, esp big/heavy/expensive zooms like an F2. Plus I'd rather carry the weight of medium format and reap those IQ benefits than F2 zooms.