Why I Couldn't Care Less About a Nikon D810 Replacement

So many are awaiting an announcement from Nikon related to their next best thing, but let’s face it, the Nikon D810 is a pretty incredible camera that more than meets the needs of many professional photographers all over the world. That being said, why should I even consider upgrading to whatever Nikon decides to replace the D810 with?

One could say that it took Nikon nearly one hundred years to develop such a capable camera (analog shooters take it easy on me). Like with many things digital, comparing the D810 to its predecessor of 20 years prior feels a little like comparing the ISS to my childhood back-yard fort (which was also equipped with an array of important science stuff). 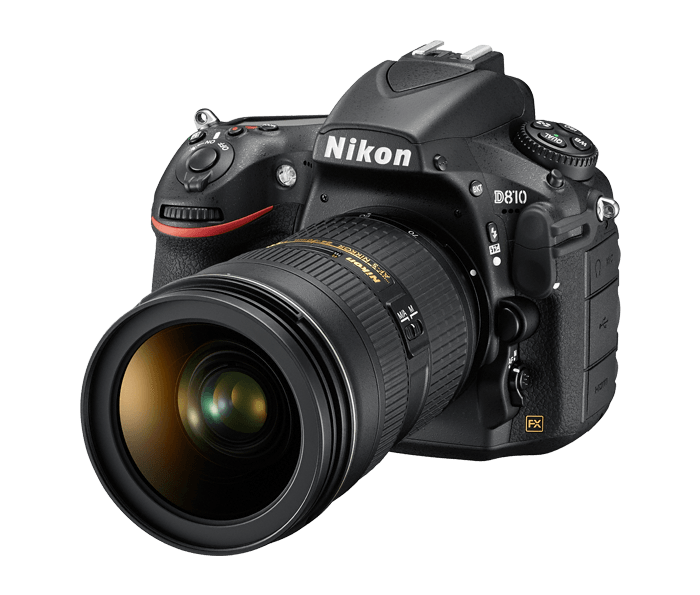 It's no secret that I've fallen in love with my D810. Taking into consideration the type of photography I shoot most (ninety percent of which is portrait and wedding still-photography), the D810 with its 36.3 MP files, cranks out stunning images as long as I do my part and has no problem tackling my photographic needs without complaint. So, what would make me do back-flips and upgrade to the D820, or whatever they’re going to call it?

At this point, nothing is prodding me to ditch my D810. When released onto the market in 2014, it retailed for right around $3,400. You can currently purchase a D810 for less than $2000, which is a smoking deal considering I paid well over a thousand dollars more than that on my own. Can it be beat for $1900? That's debatable, and if so, why spend so much more on whatever it's replaced by?

Rumor has it that the D810 will be discontinued in 2017, but I can't comment on the validity of that rumor. Such a move would however, force perspective D810 buyers into spending more on its replacement. Let's just hope it's spectacular if that's the case.

If I were a decision maker at Nikon, I’d be hesitant to replace anything as good as the D810 with anything less than amazing, especially since they’ve announced such great financial losses recently. Assuming that one of those decision makers stumbles upon this article and reads the comments, what are your thoughts on a D810 replacement? What direction would you like to see Nikon head with their future line of DSLR's? Has DSLR technology plateaued?

Opinion / July 20, 2017
Nikon's Shutter Shading Issue Might Be the Best Thing to Happen to D750 Owners

While I agree this camera is no slouch, even today.... after 3 years of use, my camera bodies are getting beat, and when I go buy a new one, I'd love it to be a NEW one. Maybe I won't do backflips over it, but it's better than re-purchasing the same tech from 3 years ago. Improvements? Sure - we can always have more megapickles! =)

Ah, a megapix junkie, I see. What do you do that you need more MPs?

Consider not everyone see MPs as a printing function...Many photographers aren't printing much anyhow...I'm a surf photographer, When I'm in the water with a prime lens in a housing, I don't always compose perfect, or the action is a little further away than I like, and swimming or zooming aren't options....So being able to crop is a powerful tool for some...And the more MPs, the more freedom.

I understand that. I find that I am able to do that with a considerable amount of flexibility on my D800. Go too far, and the crop will out-resolve the lens.

I called them 'megapickles' to reinforce that I don't put a lot of weight on pixels, but yes, I do a lot of studio work, and the question should be 'why wouldn't I want more megapixels?" -- Seems the only answer we often get is efficiency in workflow. I'm often only delivering one final ad picture, so it's not as much of a bother as someone who shoots events, sports etc.

As a D800 shooter I'm really looking forward to the successor to the D810-there wasn't much of an upgrade from the D800.

I'm also looking forward to a phenomenal successor to my D800. While I am pretty happy with it, built-in (reliable) wi-fi, better low-light/less noise performance, and faster FPS would be super. Lighter weight would be appreciated, too!

the auto focus system from the 810 is also a huge upgrade, the camera is actually usable in servo mode. Oh and the 810 got rid of the delay when using the digital zoom in live view. I owned the d800 and absolutely hated it but the refinement that came with the d810 was nothing short of amazing

I have both. I think there are a couple elements that did make for a pleasant upgrade when I got the d810. With the 810 sensor I think they struck the right balance for low-pass filtration. 800 is nice, but 810 has a finer edge to the detail. Secondly the shutter is a ton quieter and I am assuming more dampened. I probably wouldn't have traded in an 800 for an 810, but when I needed an additional body, I'm more than happy that I chose the 810 over the 800 even at a higher price.

Moving forward, I would love to have a more rugged body.

wi-fi and 46MP (as rumored) files sounds like a headache. I'm sure it'll be a little bit lighter, a little bit faster, and I have a feeling it'll include more/better video features.

Given Nikon's financial crisis, I'm sure that they wouldn't articles like this very encouraging for their future...

I can't say that I'm a fan of tilting screens, but I see the benefits for video

Tilting screen might come in handy every now and then, similar to wi-fi (I'm not talking about transfering 120 photos, just a few here and there). And I think I've used the video capability twice. I wonder if there would be any benefit, other than cost, from eliminating it.

I think most people that think that way about tilt screens never worked with one regularly. They're indispensable. Nikon also showed with the D750 that all the talk of them being prone to breaking off was a joke.

I think the D820 will have video, but it will be very minor in their marketing. It may get 4K, but I think the D760 will be the one that gets marketed to both photo/video and may have a few additional features (even beyond the tilting screen).

x2- That being said- I have no issues with my 800. The images that thing can put out with good glass is astonishing. Cameras are at the point of diminishing returns when it comes to image quality.

? The 800 and 810 have the same image size. I think it's the same sensor in both just with a different colour profile and better focus system.

I want !!!!! Lol.
First better weather sealing because it should be . Then the af system of the d5/500 but spread the af points out a bit more like the d500. Love that about the d500. Basically the d500 with the same sensor as it has maybe tweak the processor as in making it even better to handle the bigger and more info sensor. Higher frame rate and bigger buffer and if needed the d/5 battery. Dual pixel on the sensor with a mirror lockup or whatever it takes to do phase detection in live view. And do away with the flip up flash.

Couple of weeks ago I've left my pouch with triggers at home when going to client. And flip up flash saved the day. Yes, I also think that I'd better train my memory :)

That is basically just a D5x at that point.

Improve the AF system. More pixels without better noise performance would be no benefit to me. The camera already has great resolution. I don't use Wi-Fi or the built in flash. A tilt screen would be greatly appreciated for my ground level landscape shots.

To the point of this article, none of these changes would cause me to spend $3+k for an upgrade. The D810 is a great camera.

Ya, I'd agree with this, 36mp is plenty. What I'd like to see is better, faster AF with larger coverage of AF points. Personally I'm still on a D800 that is really ready to be replaced but I've been holding out waiting for the latest tech before doing so. The D810 is a great camera. Its just a bit old in the tooth. Its tech from 2 years ago now.

As a portrait photographer I sometimes compose wider just to have ability to focus on eye with bordering focus points.

It's a great studio/landscape camera. My D810 is a backup to my D4, and while it yields stellar results, it's a slow poke whose buffer fills-up quick when I need to shoot a few quick bursts.

Been with my D800 since it came out. Never made the move to the D810 because while it had many improvements I tend to upgrade for sensor improvements. Other stuff tends not to affect the quality of images I shoot. AF improvement is always welcome, broader coverage of AF points would be nice, video means nothing to me, neither does hi iso unless you can get there with meaningful dynamic range. Everything else would just be icing on the cake: quieter, lighter, ergonomics. So why would I upgrade? BECAUSE IT'S BEEN OVER 5 YEARS AND I WANT A NEW TOY!!!! That about sums it up.

Pretty the same concept as the a7r to a7r ii.

I felt very much the same way about my D700 until 4K screens and the D750 came around.