Chinese Scientists Blur the Line Between Science and Art

It is commonly said that people are either right-brained or left-brained, meaning they are either creative, image-driven people, or they are analytical and science-minded. A collaboration between Chinese scientists challenges this notion. Their project, "Beautiful Chemistry," shows a diverse range of stunning chemical reactions and phenomena that blur the line between science and art. Macro-videography of various chemical reactions, filmed in 4K resolution, gives us a new perspective on the otherworldly events that occur in the test tubes of scientific laboratories.

The project is a collaboration between the Institute of Advanced Technology at the University of Science and Technology of China and Tsinghua University Press. According to their website, the goal of the project is to "bring the beauty of chemistry to the general public through digital media and technology.” With the widespread publicity their project has received, it appears they have met at least some success in this goal. "Beautiful Chemistry" has been featured in Time, The Huffington Post, Business Insider, The Discovery Channel, and others. 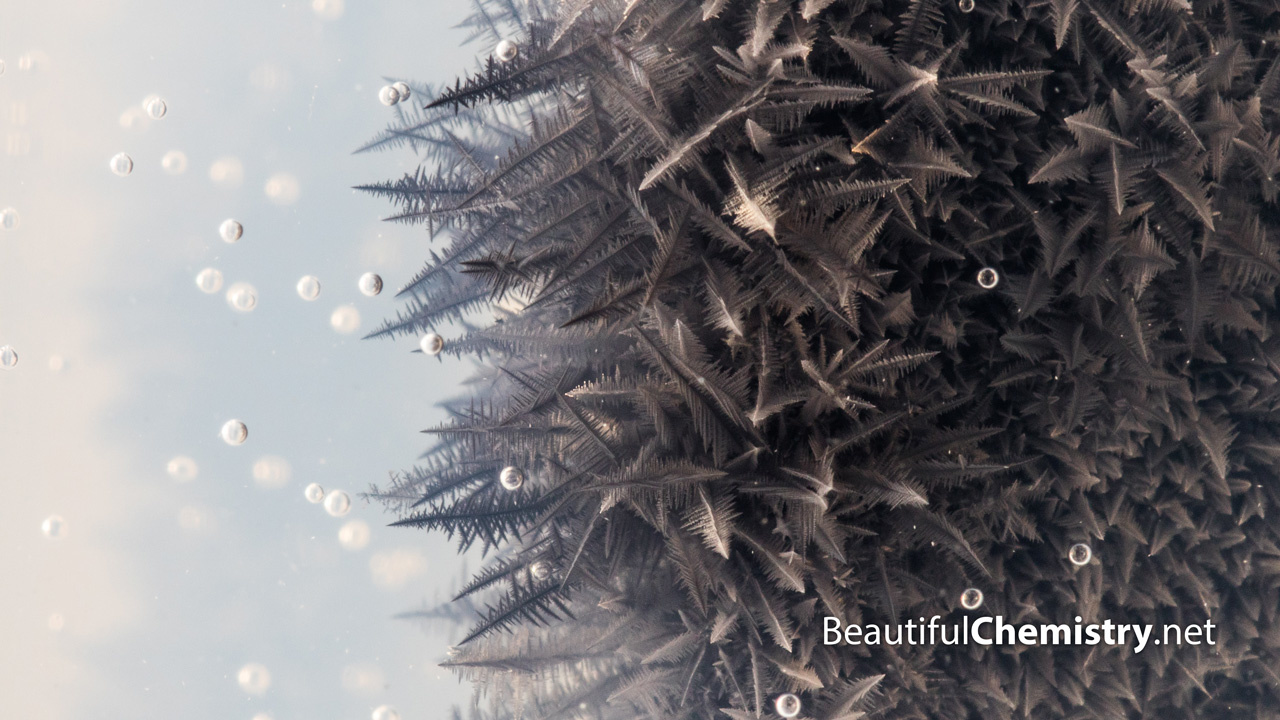 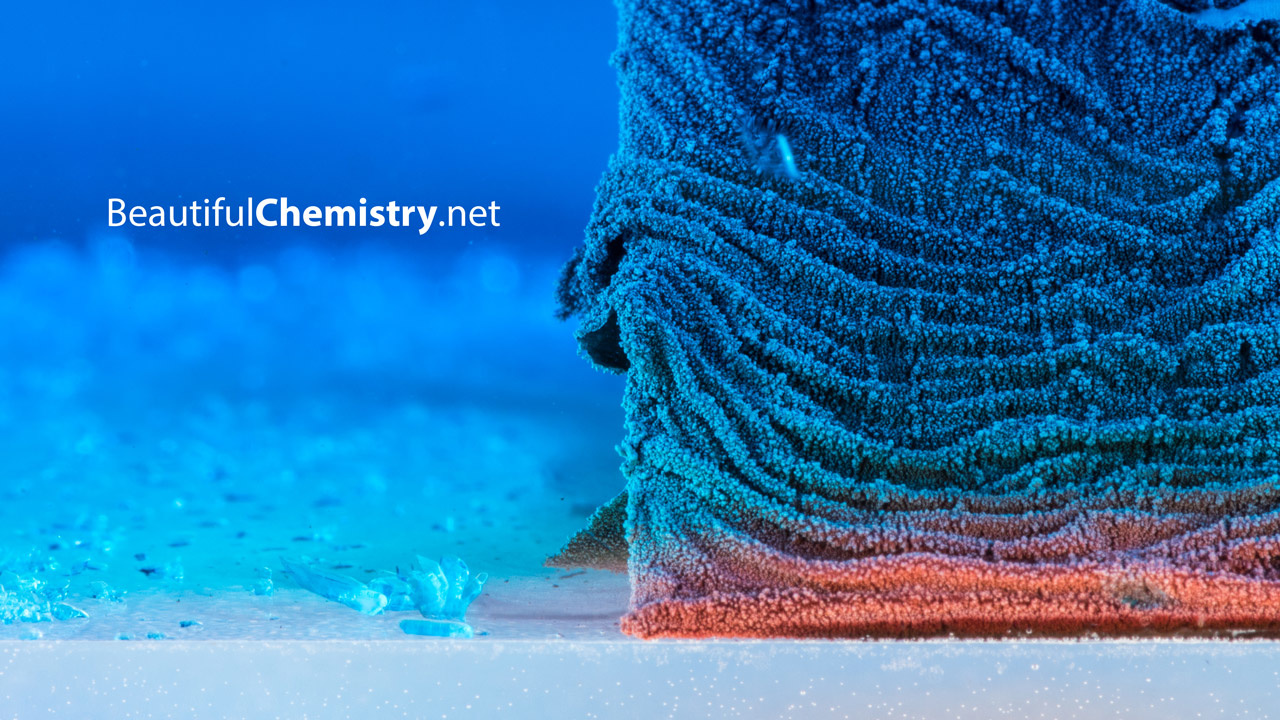 The creators share some of the technical details behind how they filmed the reactions on the project’s WordPress blog. The team used the Panasonic GH4 to create the footage. They say that the Micro 4/3 format of the GH4 was ideal because it allowed for a larger depth of field than a full-frame sensor while shooting at close distances with their Tokina 100mm f/2.8 macro lens. Additionally, the 4K resolution of the GH4 allowed them to pull 8-megapixel still frames from the footage.

The group needed to film the reactions in vessels that were optically pure and distortion-free. Simply filming the reactions in test tubes would have resulted in distortion due to the curvature of the tubes. Additional concerns were that their lighting would reflect on the glassware and create distracting elements in the images. To solve this problem, the group chose to use small cubic glass containers, only a few centimeters long in each dimension. The shots were lit using LED light panels on each side of the containers to achieve uniform lighting inside them. 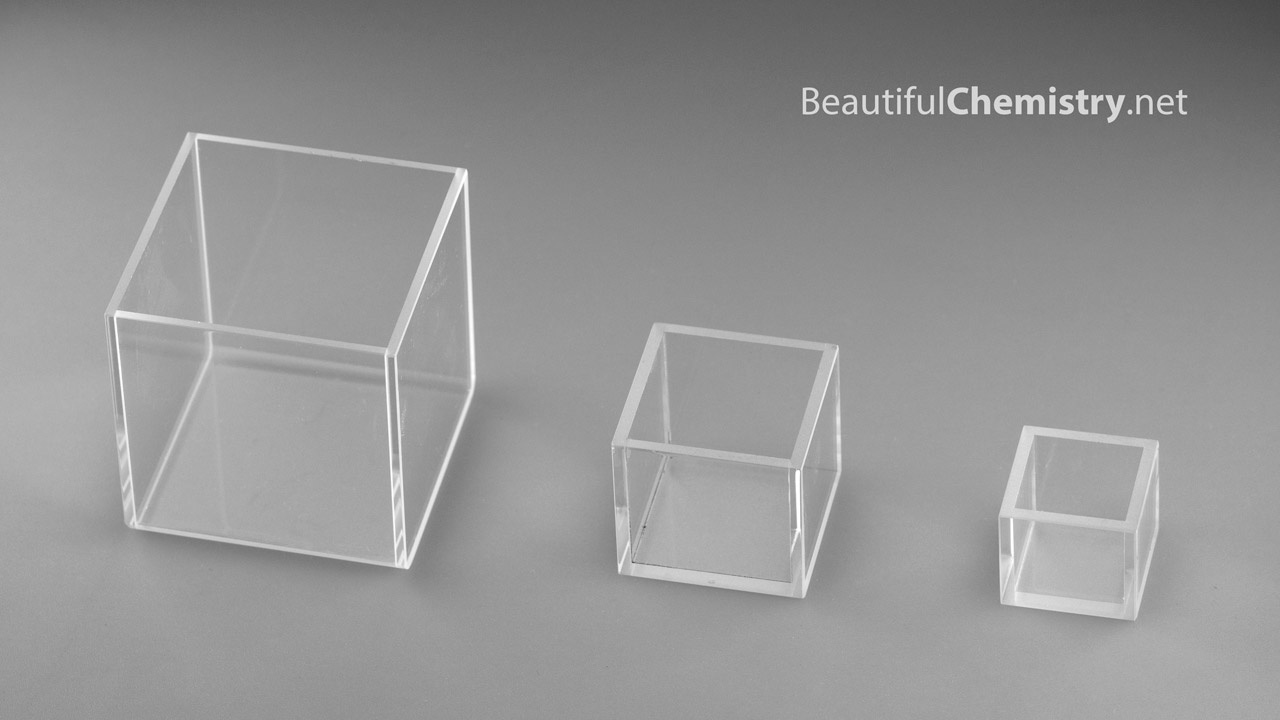 Be sure to check out their full set of videos on their website, beautifulchemistry.net
Additional behind-the-scenes information and updates on the project can be found on their blog.