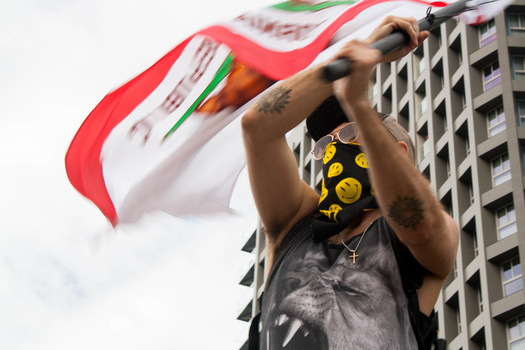 Never Fully Dressed without a smile

After the Election of Donald Trump, the city of Los Angeles churned with nervous energy that spilled into the streets. Thousands marched through downtown LA and from the teeming masses rippled the message that California is still a state with its eyes forward, it's arms open, and its spirit kicking.

There was no shortage of creative expression amongst the earnest hearts in the crowd and the energy definitely took a turn towards the radical. Bandannas covered many faces, but none wore it with quite the panache of our subject.