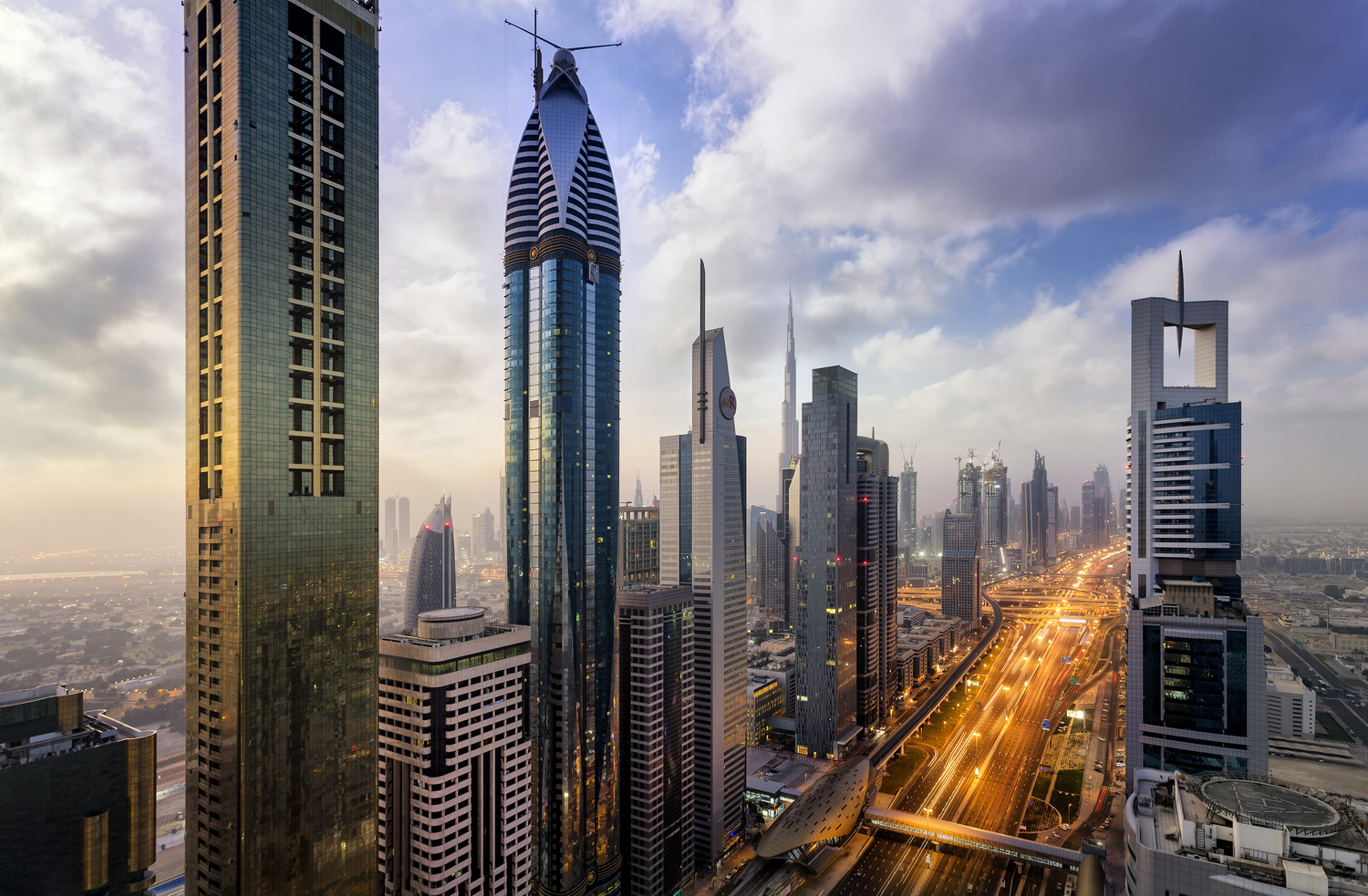 Typically, the phenomenon of the low dense fog covering Dubai in early morning hours occurs twice a year – during the change from the summer to winter and from the winter to summer. In December 2016 we had at least six days when the thick fog appeared, so I could not dream of a better chance to catch it. And I also learnt why these shots were considered elusive the hard way. It involved an endless number of emails and phone calls to go after permissions to book access to good viewing points on specified dates when nobody could be sure in advance the fog would even appear.

One day I got access to the Level 43 rooftop bar in the early morning hours with the expectation to capture fog. It was another unsuccessful attempt in that month, but I feel I can still be happy with the outcome.

This is a digitally blended composition of two 'panorama' shots to achieve the effect of combining day and night into one single image.