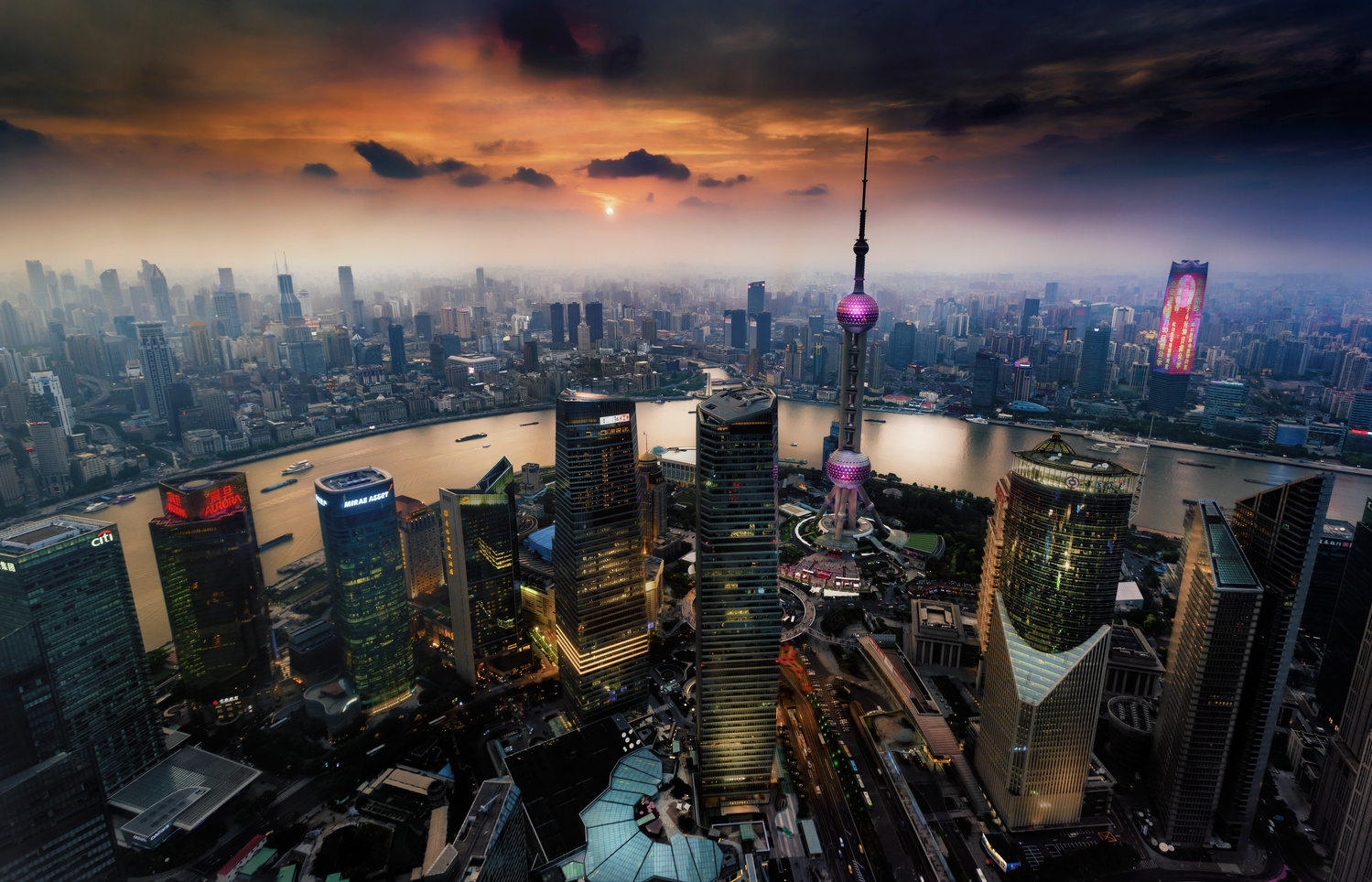 Although taken from a ticketed-entry observation deck, it was the most challenging capture in China. The Jin Mao tower is an 88-storey building offering a 360-degree view over Shanghai, located in the heart of the city’s financial district. We entered the location well prior to the sunset with a goal to get the right shot during the golden and blue hours. I spent a while scouting around to find the right location with the least dirty glass as the entire observation deck is covered with windows. However, it is worth mentioning that it is possible to take a so-called ‘sky walk’ tour, where you can go outside and walk on the edge of the building, 340m above the ground, on a glass-bottomed path, wearing a safety harness. Unfortunately, this kind of entertainment does not allow taking the tripods and cameras with you.

Once I found the right spot, I positioned myself in the desired place very close to the glass, wrapping my indispensable Joby gorilla pod around the handrail and finding the right composition for my digitally blended shot. I do not need to mention that to get the right outcome, I had to keep my camera still for couple of hours.

What happened after I can describe as one of the most bizarre experiences I have ever had. Once I setup my gear I quickly noticed crowds of guided tour groups surround me. I realised that I must have become the top tourist attraction in the room, despite all the other available opportunities and the 360-degree range of viewing spots. People were constantly approaching me, having taken selfies with me or trying to photograph from the exact point I was taking pictures from, using flash (which affected my shots due to reflection as they all used flash). I was touched, kicked, punched, grabbed by hair to pose to a selfie and on couple of occasions I saw people crawling in between my legs to access the window. It was just insane and the pressure was increasing over time with more groups flowing into the room and joining the line of people waiting for the selfie. Luckily, my wife came with a rescue standing next to me and trying to grab their attention. She posed to selfies at the same time overlooking my tripod to ensure nobody touched it for hours. We were simply exhausted but I somehow managed to get a still shot and blended composition, which I share with you now. There are certain shots that would never have been produced without team effort. ☺

This is a digitally blended composition of around 10 different exposures.

thats everyday life of an Expat in SH! nice photo 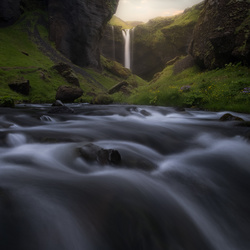 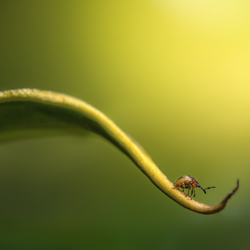 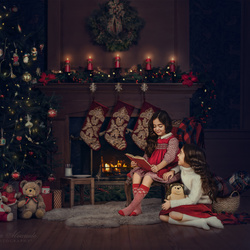