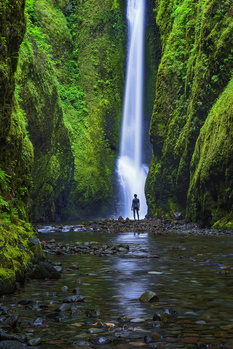 A few years back, a friend invited me for a fourth of July trip to Oregon. It was last minute invite, as his other friend canceled due to his parents being in town for a surprise visit. I had never been to Oregon before but after seeing a photos he sent me of the places we would see I gladly accepted. He suggested that I should rent a wetsuit for the trip (I thought he was joking) but after doing some research I understood why and got one for the trip. After a 10 hours drive taking turns along the way and only stopping for fuel and bathroom breaks, we arrived at 7:00am to Oneonta Gorge. The morning was a chilly one, and we each slipped into our wetsuits, camera equipment in drybags and began the walk up the river. When we started the water was up to our ankles and continued walking upstream the river until we came up to the log jam. A pile of trees that was about 15 feet high from what appeared to be collected from a previous rain storm. We climbed over the logs and continued the trek, with the water getting up higher in some areas. The view was amazing, the colors and textures of the green moss made it as if any minute you would see a fairy zip by. I now understood the importance of the wetsuit, even thought it was summer, the water was ice cold. We could hear the water fall as we continued the walk up. The last 12 feet, the water got deeper up to your chin its about 10-12 feet in length than it gets back to ankle deep again. After this, you arrive at the waterfall. It was breathtaking, so we setup and took some shots. I wanted to get a sense of scale, so I asked my friend to stand in front of the waterfall. I like the contrast of the wetsuit he was wearing with the lush green of the surrounding area. 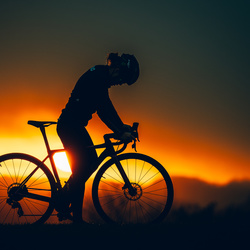 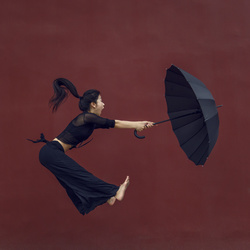 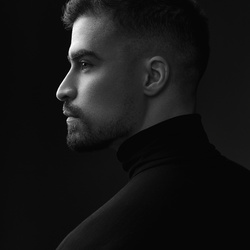