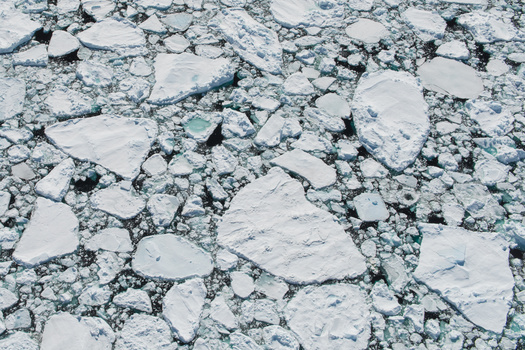 When flying over the sea surrounding Kulusuk (Greenland), I was amazed by the huge amount of sea ice that occupied the water mass. The endless patterns, shapes, and occasional glinting tone of aqua was a sight I'll never forget. It's beauty though was also a sharp reminder that I was only viewing such a scene due to climate change and the warming world - these shapes should have been fused together as solid sea ice in early May, not small pieces of a giant melting jigsaw. Taken on my Nikon D810 and Nikon 24-70 f/2.8 lens from an open helicopter window.