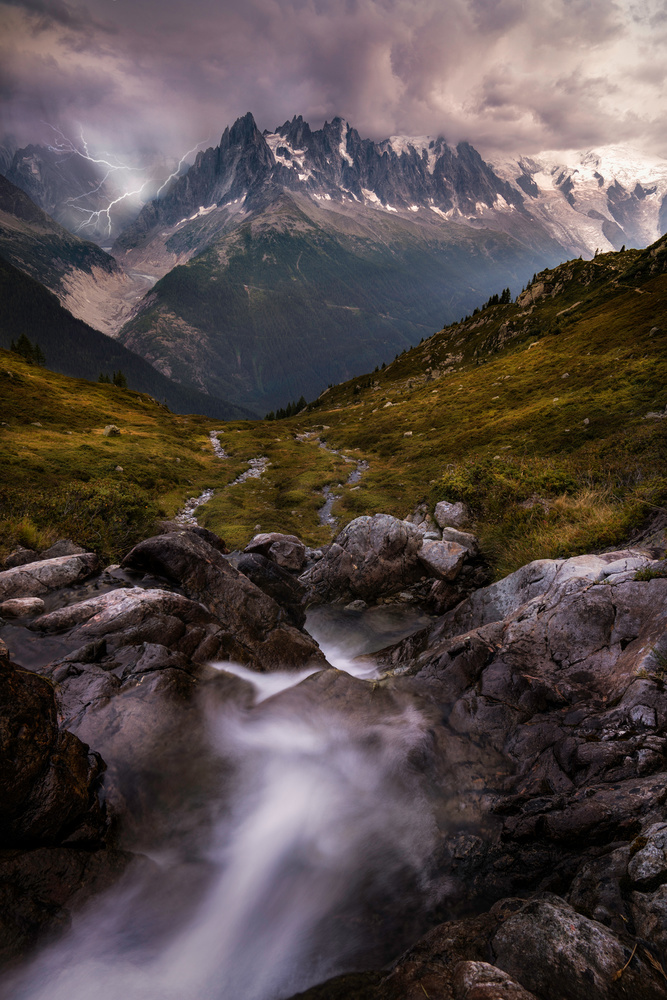 Together with my cousin we planned on hiking to the Lacs de Chéserys. The weather forecast looked promising - a few clouds during sunset and thunderstorms for the day after. Somewhere along the hike we heard a thunder-like rumble. My cousin was already considering the worst. „A thunderstorm!“ he thought. I was more optimistic, looked over the valley and somewhere in the distance I saw a huge cloud of dust - a stone avalanche. We hiked on, met some alpine ibex and chamois on the way and stopped when we saw this huge male ibex which seemed very photogenic. We were already late and knew we wouldn’t make it to the lakes in time. We turned back but first filled up our water bottles at a small creek. Then we heard the first thunder. First, I thought another stone avalanche but then followed another and another. I grabbed the last shots, lightning strikes lit up the massif in front of us. We hiked up approximately four to five hours but now we had less, for the weather would catch up to us soon. I, always prepared, could have waited out the storm under a cliff. My cousin on the other hand, with few essentials, wouldn’t have lasted long. Our only chance was the Refuge de La Flégère, which was being reconstructed at the time. The only problem was, we had to run back about 2 kilometers, on exposed ground, without a hint of cover and right into the coming storm. We had no choice, grabbed our stuff and ran. I counted the time between lightning strikes and thunder - 12 seconds, 9 seconds, 8 seconds, 6 seconds, … We could feel the air charging up. It was already dark because of the sudden thunderclouds everywhere. Somewhere in the distance we could see the light of the „Refuge“. We ran, stopped, caught our breath and ran again. Somehow we made it and arrived at the hut. The workers, who were staying there, looked at us confused but offered us shelter. We were safe, laughed and enjoyed some chocolate with the water we got from the creek before. Some hours later, the storm had nearly passed, a worker offered to drive us back down to the valley - it would have been a long and steep hike otherwise. We took the offer and fell into our bed soon after, or at least my cousin did, the bed was too small for us both, I slept on the floor, on my camping mattress, happy to have survived this adventure. 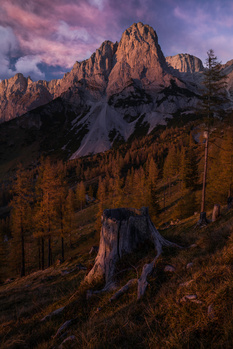 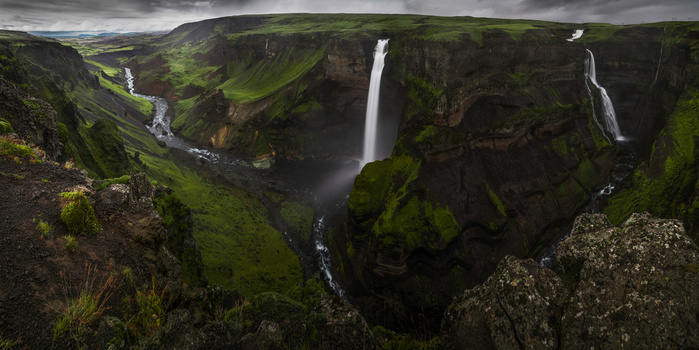 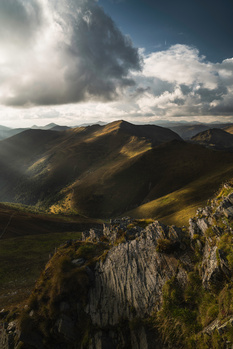