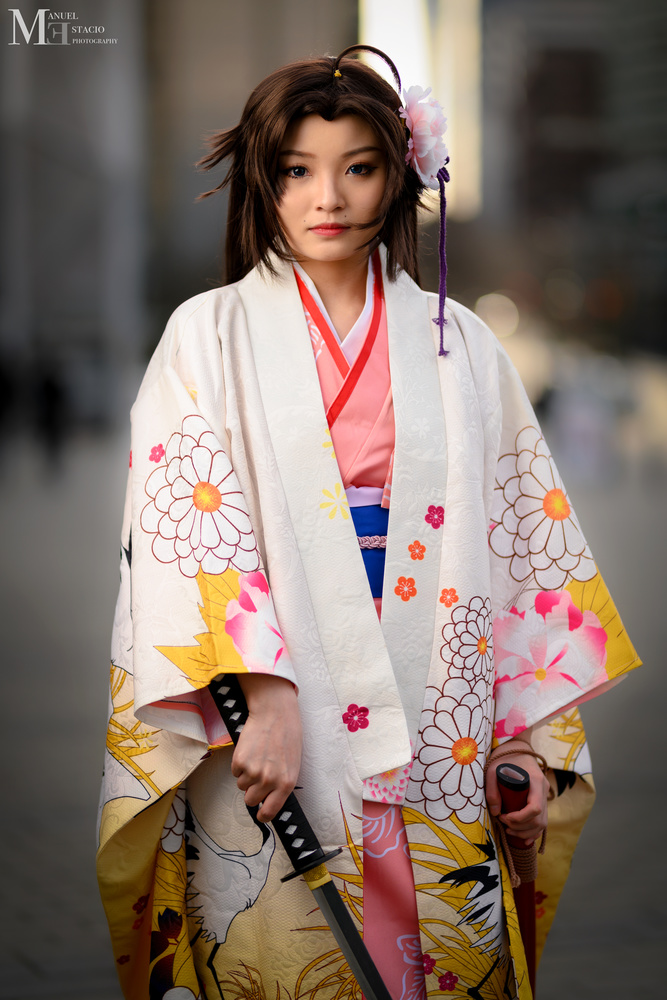 This portrait was taken during a Fan Expo (Comic Con) event in Vancouver, BC. There were plenty of people dressed up in costumes and I'll admit I didn't know most of them lol. I've arranged a two light set-up just outside the Convention Centre and took photos of costumes that I found interesting.

From far away I noticed this girl wearing a Japanese kimono. Her costume was great and she was stunning in it. I requested to take her photo and she agreed to it. She told me her character's name but I forgot since it was a Japanese name from an Anime. This turned out to be my favourite shot from that day.

Manuel Estacio
LIVE IN THE MOMENT
0

Manuel Estacio
Reaching for the Sky
0

Manuel Estacio
Across the Universe
2

Manuel Estacio
Of Heaven and Earth
0

Manuel Estacio
Sunset by the pier
0