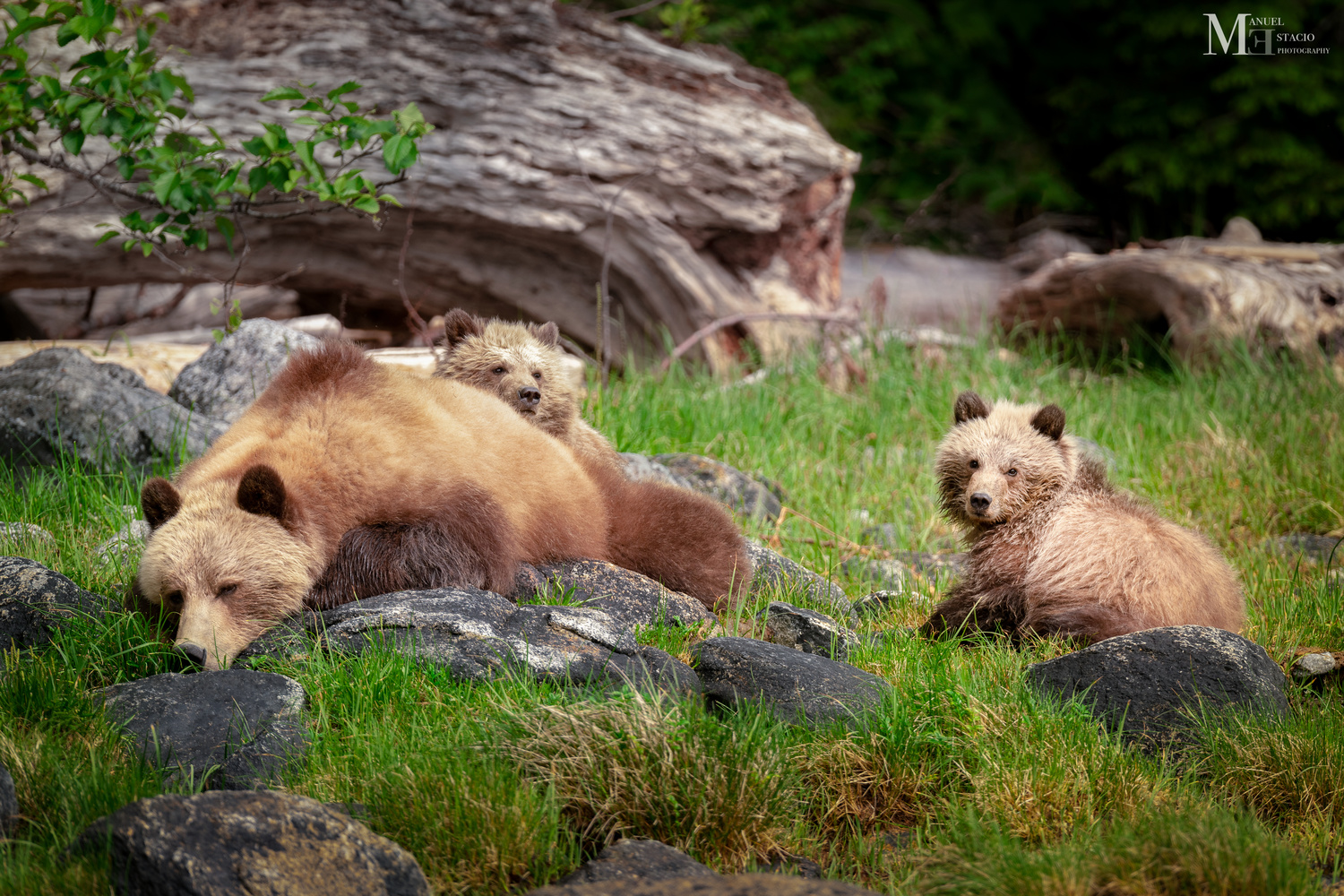 While appearing relax and carefree, this sow was still on high alert with us around. Despite that, she still tolerated our presence because it meant that there was less chances a male grizzly would come near them with humans close by. Male grizzlies tend t
o kill cubs to force the female back into heat. This was shot from a boat at a safe distance. And the two cubs were just curious as always.

Manuel Estacio
LIVE IN THE MOMENT
0

Manuel Estacio
Reaching for the Sky
0

Manuel Estacio
Across the Universe
2

Manuel Estacio
Of Heaven and Earth
0

Manuel Estacio
Sunset by the pier
0