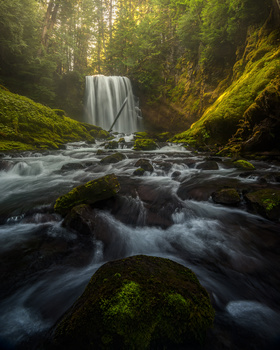 Here is a hand held shot from over a month ago now. The reason for the naming of this one is due to the fact that little over a week after I shot this photo, many wildfires erupted across the state of Oregon. Two of the fires happened to be located with in ten or fifteen miles from the location of this little gem of a waterfall. Combined both of these fires burned well over half a million acres of forest with in days and also burned down towns, vehicles and anything else in path after a very very powerful wind storm hit the mountains and state. To be honest never ever in a million years would I have ever thought that in no time at all the towns I passed through and so many other places I loved would be gone. Fires are part of the natural cycle and these two were naturally started by lightning so its just something you have to deal with almost like a sudden death of a loved one in so many ways.

Anyways, Have a wonderful day!