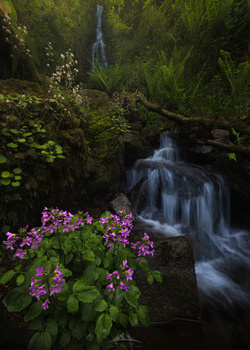 Legend has it that only those pure souls manage to reach it, and only those with a clean look can appreciate its beauty.
Many were those daring who tried, consumed by greed and the ego of being one of the privileged to see it
Others, still gathering the qualities to be able to appreciate such beauty of nature, erroneously chose to contemplate it with those who believed that they also shared these gifts, but the wise nature was and never showed itself with such finery, until in the solitude of the forest, he entered alone in their meeting and Mother Earth showed him that place taken from the most beautiful imagination. It existed and it was real, but only for those who do not harbor evil within