Artist Recreates a Rembrandt Painting With Only Stock Photos

Ankur Patar is a photographer and digital artist based in Brisbane with a very neat and unique talent. He's able to create remarkable replicas of famous works of art using nothing but stock photos and Photoshop. Check out this amazing video of him recreating a Rembrandt work.

"The Storm on the Sea of Galilee" is a 1633 painting by Rembrandt (his only seascape) that depicts Jesus calming the sea during a storm, as depicted in the fourth chapter of Mark in the bible. Sadly, on March 18, 1990, it was stolen from the Isabella Stewart Gardner Museum in Boston, along with 12 other works, a heist that is regarded as the largest in U.S. history, and to this day, its whereabouts are still unknown. Nonetheless, Ankur Patar has recreated the painting using nothing but Photoshop and stock photos, and while his version isn't so exact that it'll pass for the original, it's remarkably close and serves as a great testament to his creativity and technical prowess. As a fun little touch, Patar includes himself in the painting, a tip of the hat to the fourteenth person in the original, who many believe to be Rembrandt himself. Check out the video above for a complete run-through of his process, and be sure to follow him on Facebook!

Right!? I was seriously impressed.

That is such a brilliant advert for Adobe Stock!

Impressive to say the least. Not only in PS skills, but in creativity also!

That was pretty amazing !

Now THAT is truly amazing. Sourcing those images must have been a tedious task. Beautiful result!

This is so awesome but something strange has crossed my mind. An almost identical image has been posted on the Fstoppers Community since December 2015 with the exact same concept (Rembrandt image made with only stock images). Is this a copy of a copy or maybe these two firms are one in the same? This is too much of a coincidence not to notice it. 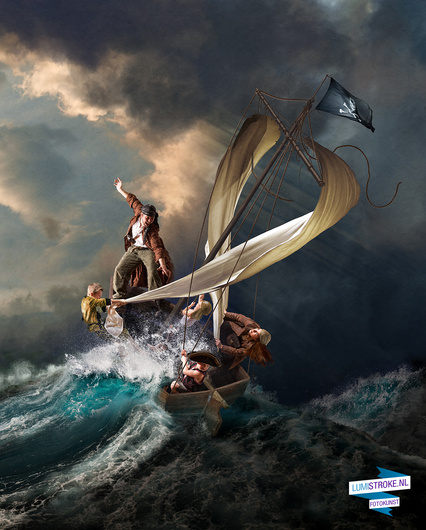