PhotoDirector Gets Updates With New AI Features: We Review It

CyberLink has an update for its long-available PhotoDirector image editor, which runs on Mac OS and Windows. This latest version is called PhotoDirector 13. New light effects and color adjustment features have been added. The company claims you can turn any photo into a "visual masterpiece with a comprehensive set of AI tools, including AI-powered Sky Replacement and Photo Animation effects."

CyberLink has been around for more than 20 years, with a variety of tools for image and video editing. They haven't made much of a mark in the pro and semi-pro venues, but I wanted to try the feature-rich software and see how it worked.

PhotoDirector 13 is offered as a subscription and as a one-time buy option. To install it, you first need the CyberLink application manager, then it will launch and install any software you are entitled to. I found the process overly cumbersome but no more so than what Adobe does with its Creative Cloud app that manages your Adobe purchases. Still, I'd be happy to enter a username and serial number and be done with it.

The app doesn't act like the other photo editors you may be used to, but it is well organized. As a useful feature, the software adds a guided mode that pretty much tells you what your options are and what to do next.

PhotoDirector 13 is what I would call "kitchen sink" software. It has more features than any photo editor I have ever seen, including popular options like bokeh and sky replacement, features first offered by Skylum in Luminar AI and now cropping up everywhere, including Adobe apps.

As a raw editor, PhotoDirector 13 has pretty much every slider a photographer would want, matching closely what Lightroom offers. I found I could get perfectly good images using this app. I also tried sky replacement on some landscape images, and I think PhotoDirector 13 is on par with what LuminarAI and Adobe provide, although, unlike LuminarAI, this app doesn't offer features like reflections in the water. 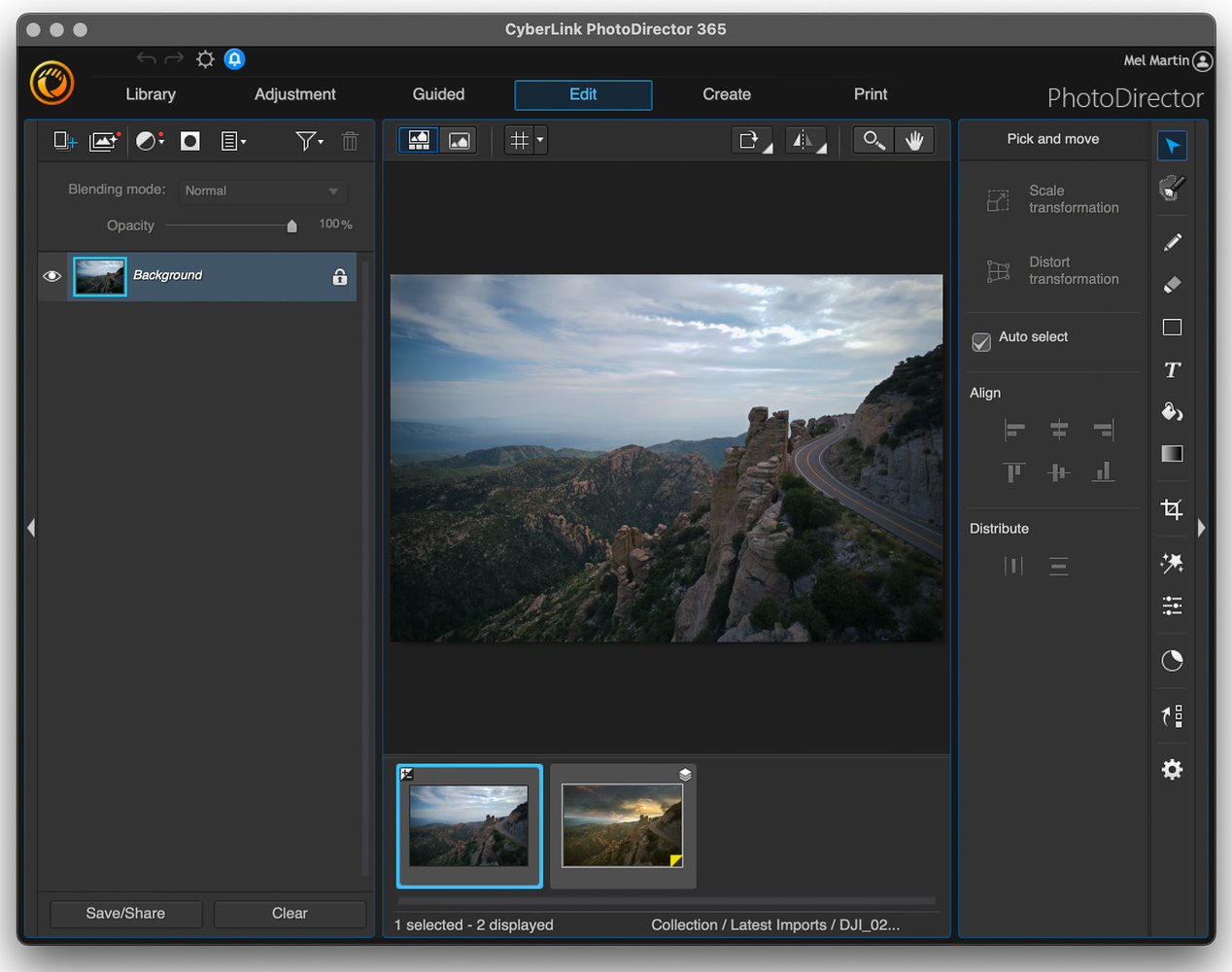 And the image after a sky replacement. 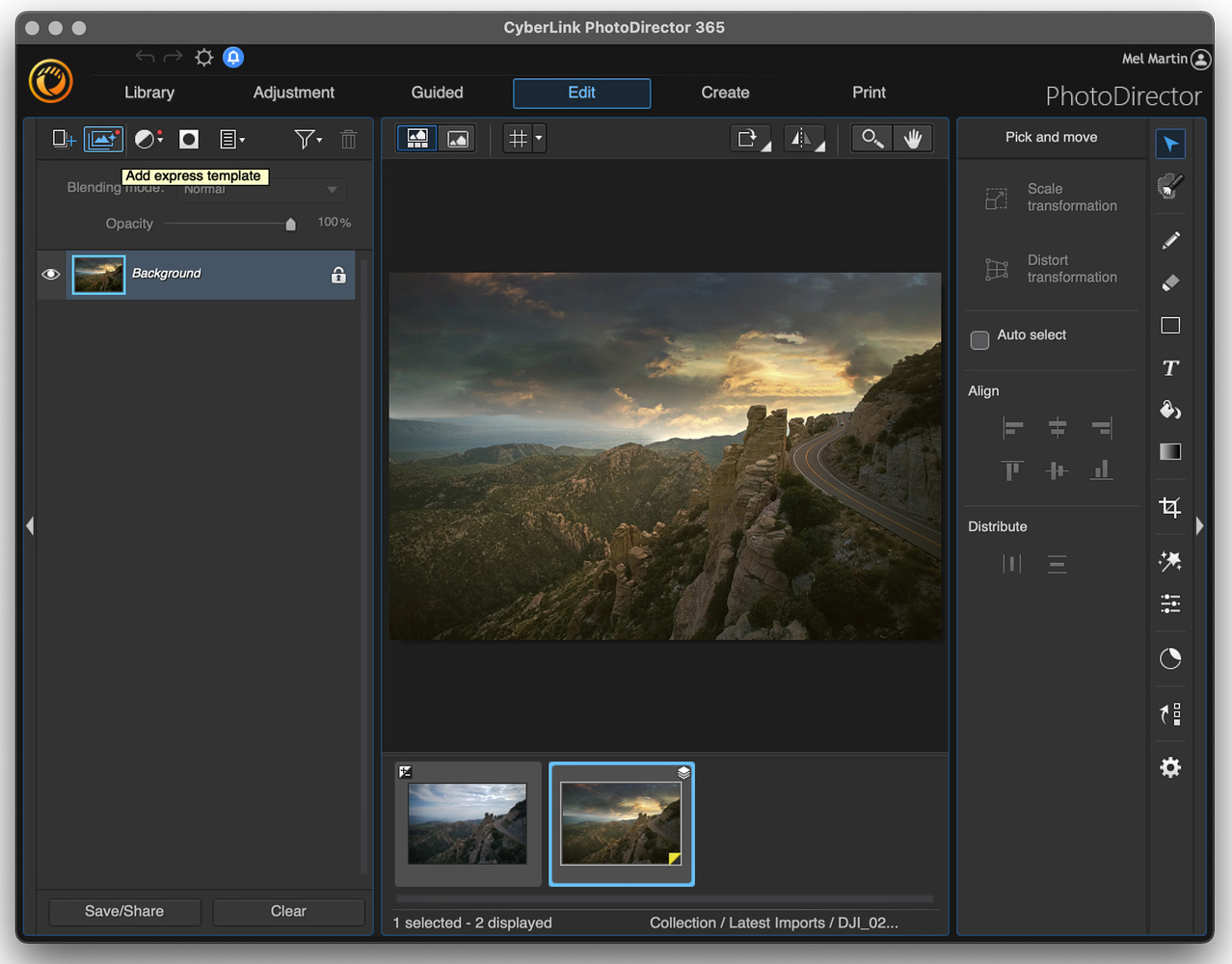 PhotoDirector 13 lets you flip the sky and further adjust image parameters. I liked its ability to separate a subject from the background. It's as well done as I've seen in other editors. And you can adjust the selection if it's not quite right. 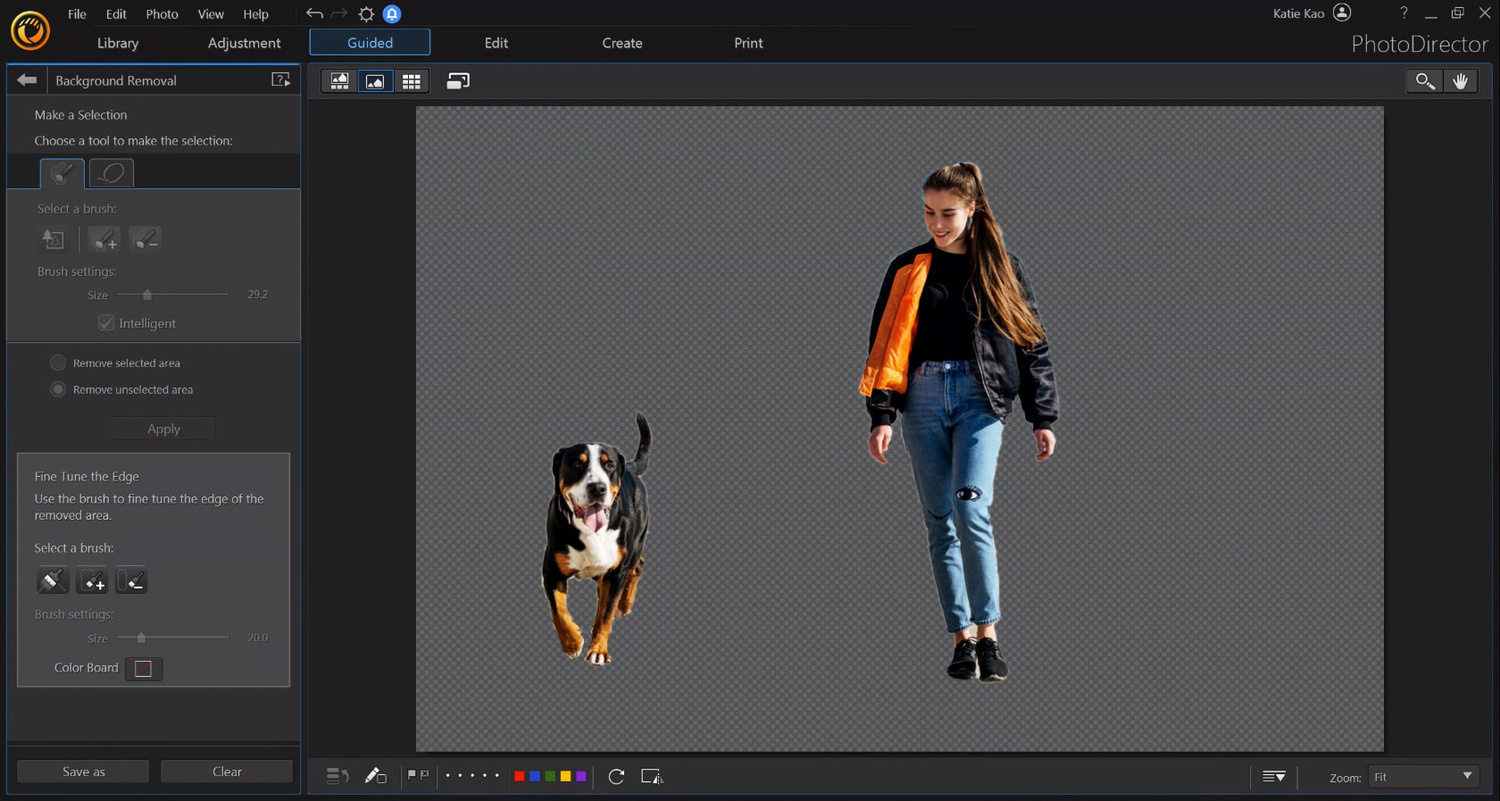 Bokeh is also well done and easy to run. It's a close match to the LuminarAI tools. 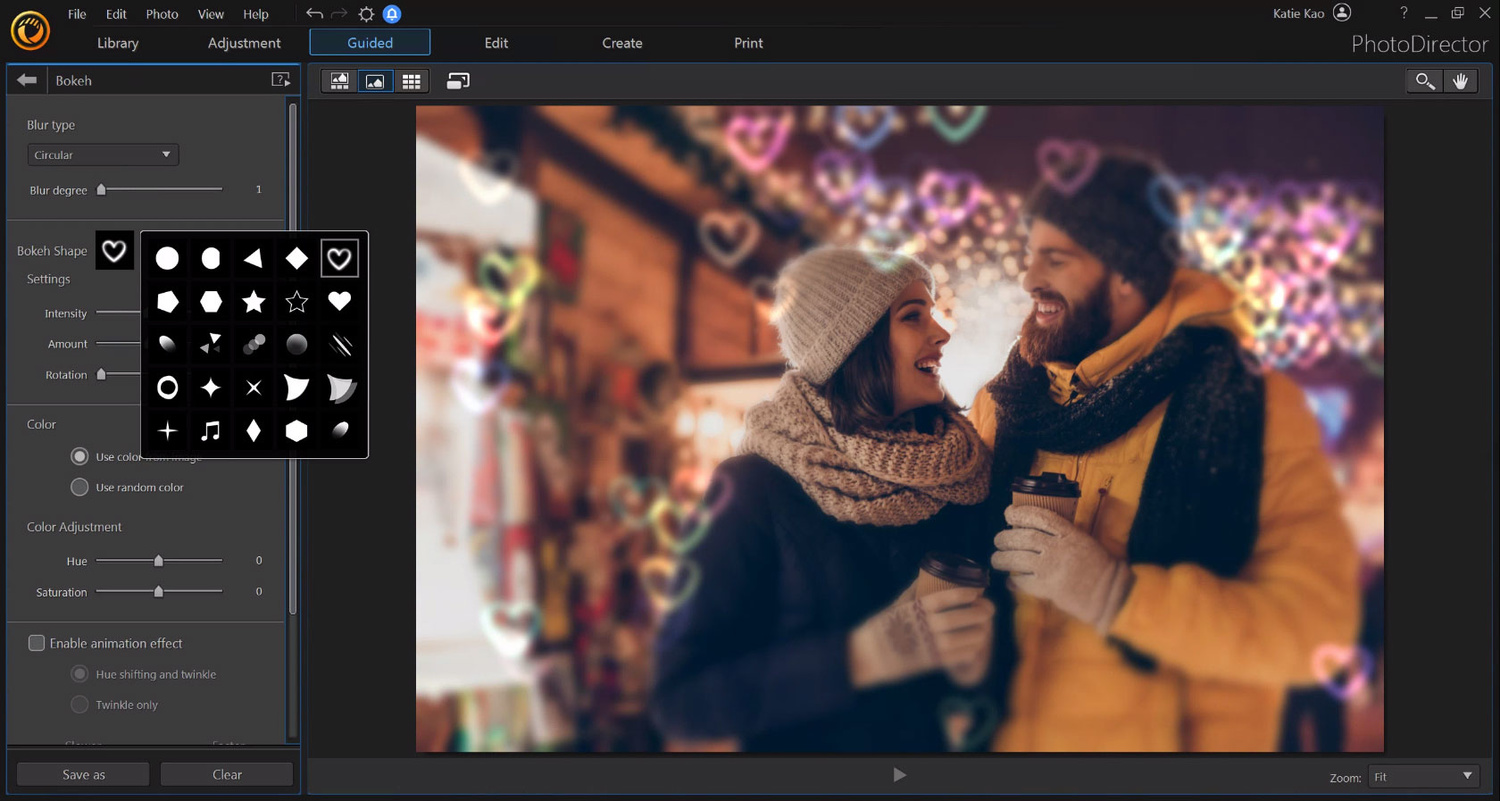 PhotoDirector 13 has LUTs and a barrel full of useful presets. It also has animation effects, like easily getting water to move in a waterfall image.

I found the app stable and well behaved, although it re-renders quite a lot to keep all your versions. The positive is that PhotoDirector 13 has a non-destructive workflow. I tested the app on a pretty powerful iMac and found it to be pretty snappy overall.

Is PhotoDirector 13 a Buy?

As someone who has never seen this app, I found it to be a generally positive experience. It's very reasonably priced, and CyberLink keeps it updated by fixing bugs and adding new features.

I think the reason the app hasn't found wide acceptance is that it tries to do too much. It has all the pro features the majority of our readers want, but it also has a lot of eye candy features like animations and adding clip art to images. It reminds me of some of the mobile apps that let you add mustaches to portraits. Those things are going to appeal to a different crowd than our typical Fstoppers reader.

If I were advising CyberLink, I'd offer a pro version that includes its very capable raw editor and some of their excellent AI and portrait tools. The multiplicity of choices on the current app make for a very busy GUI, even with the guided feature. There's just a lot of stuff on screen. Also, because of all the features crammed in, it doesn't feel like an app aimed at pros, even though it has enough power and options to satisfy them.

I'm glad I got a look at this software. It's powerful, feature-rich (maybe too feature-rich), and it is constantly evolving.

Pricing is sort of a la carte. You can buy or subscribe. As mentioned, PhotoDirector 13 is available to both Windows and macOS users. A subscription plan — titled PhotoDirector 365 on Cyberlink’s pricing page — can be paid monthly or annually. At the time of this review, an annual plan subscription costs $41 with an introductory 25% off offer and is normally priced at $55. This is way under what Adobe charges for its photographers plan, but the two apps are aimed at different kinds of images editors, though with some overlap.

This subscription also includes 50 GB of cloud storage and other amenities, like access to royalty-free use of Getty and Shutterstock libraries, plugins, and other image assets, which the company says are regularly updated.

For a lifetime license, which CyberLink calls PhotoDirector 13 Ultra, the cost is $100 and includes 25 GB of cloud storage for one year, but it doesn’t include unlimited access to premium plugins, stock images, and other features that are only for subscribers. Clearly, CyberLink wants you to subscribe. 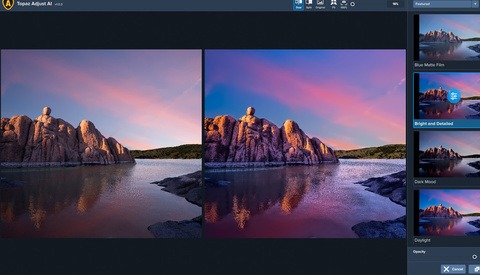 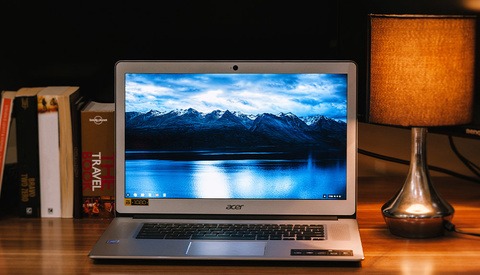 Interview / May 27, 2019
Should We Embrace Artificial Intelligence as Part of Our Photography? Skylum Co-Founder Shares His Thoughts.