SnapZoom is the New Binocular Mount For Smart Phones

Seeing that a lot of us have replaced "point'n'shoots" with smartphones, we might find ourselves missing on having an optical zoom option. It was through this need that Snapzoom was created. It's a universal binocular mount for smartphones, meaning it fits a wide variety of both phones and binoculars. The project got started when co-founders Daniel Fujikake and Mac Nguyen started using their own smartphones to document their surf adventures from the, at the time, completely DIY, garage-made mounting device. Other surfers asked them about it every time they went out, so they partnered up with a professional designer to form Hi Resolution Enterprises and build a proper prototype using 3D-printed materials. 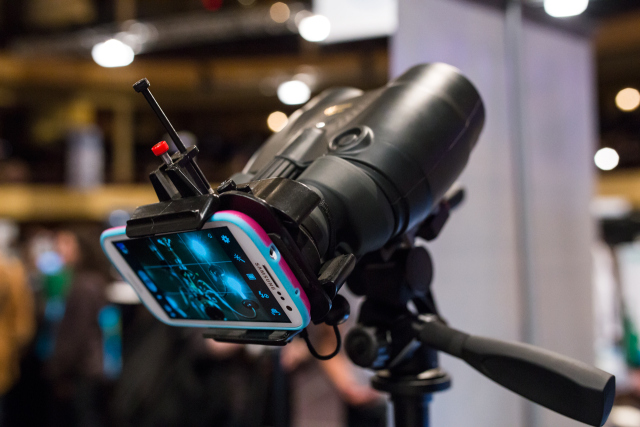 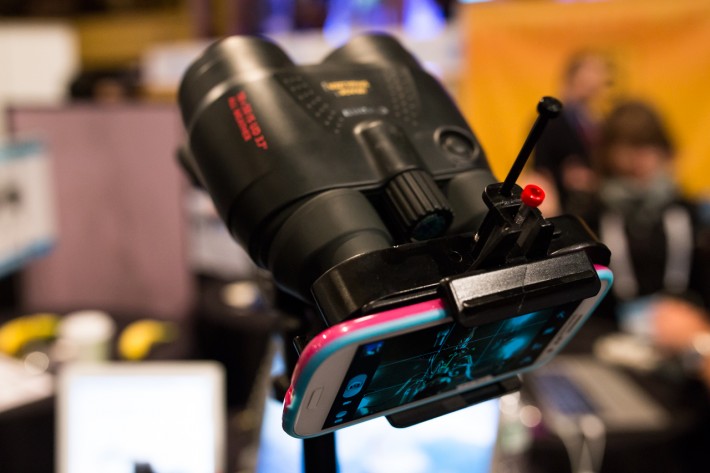 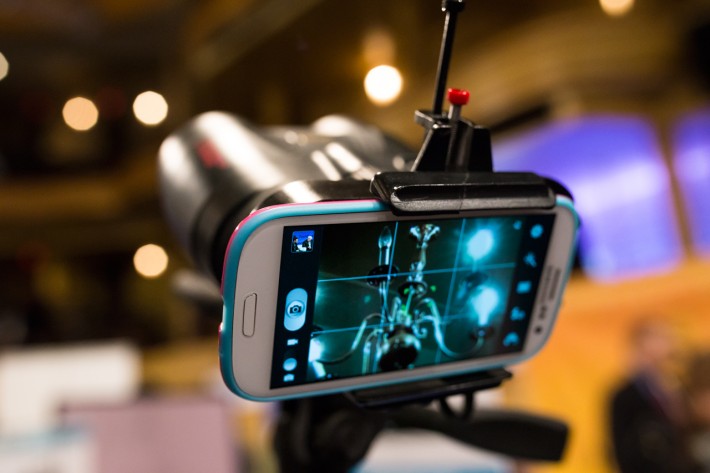 Daniel and Mac used Kickstarter to fund a production run for Snapzoom, which has already blown past its $55,000 goal in just over a week. "The funding will help the two turn the 3D printed prototype into a glass-filled nylon injection molded retail product, which the company hopes to manufacture both in the U.S. and overseas."

Already, before even closing its Kickstarter funding, Snapzoom has had a lot of interest from well-placed retail partners, including U.S. camera equipment and accessory retailer B&H Photo. Based on funding interest and prospective retail partner enthusiasm, the team seems to have tapped a strong, unaddressed consumer desire, even if it is a bit niche. And it’s not just voyeurs who are interested; this is great for nature photography and action sports, too.

Snapzoom is looking to ship in September, with the retail price for the mount expected to be around $79.99, though current pre-order backers on Kickstarter can get one for just $70. The team is working on stretch goals now, since it has already earned almost $10,000 more than its original goal. What do you think of the idea?

Gear / October 11, 2019
Why Nikon's New Mirrorless Camera May Be Their Most Important

I might be missing something but why not just use an SLR at that point? The major selling point of a cell phone camera is it's size and availability as a result of being able to fit it in your pocket. Plus it talks about using it to shoot action sports or nature photography... not exactly what a cell phone's camera excels at no matter what attachment you add on.

Exactly the same thing I was thinking.

Ever thought someone might have both a smartphone and binoculars but no DSLR?

im in, i put in my order, so im gonna find out how good this thing really is.

this product needs no review of the quality of pictures, but rather just the stability. When you buy this mount you aren't buying image quality of anytype, but rather convenience of not having to put your smartphone lens up against a binoculars manually and fumbling to focus.

the true image quality of the shots taken in the advertisements or the news is based SOLELY on ,1 the ability of your smartphone to resolve an image and MOST importantly the quality of the binocular/scope you are using. if you use state of the art smartphone but a 20$ binoculars from walmart your image will look possibly worse than if you just cropped your smartphones image instead of zooming lol.

with that said people have to realize that your average carry around binoculars is gonna be another 100$ easy for anything half decent that isn't a "toy" with optical quality glass. but if image quality isn't the focus and you just want more "range" i'd say this is a great convenience. this idea has been around awhiles for point and shoots, it's been known as "digiscoping", but i suppose it was just a matter of time til smart phones joined the point n shoot community.

i wonder how purist instagrammer will take this adapter.... as a smart phone wouldn't normally have these zoom capabilities.