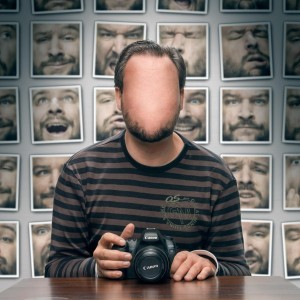 John Flury
Duel of the Airworms
0

John Flury
Save your mind
0

John Flury
FischGUGEGL - How to eat a Swiss cheese fondue
1

John Flury
He promised, he'll be back
1

John Flury
Behind the scenes of "Provincial Uprising"
4

John Flury
How to build a ship in a bottle
4

John Flury
Seamstress Of Her Own Destiny
14

John Flury (Obsoquasi) is a photo designer living in Zurich, Switzerland. His work focuses on story-based conceptual art. He develops his stories in collaboration with the people he photographs to the themes of their life - passions, fears, wishes and visions of themselves. The stories then form the foundation for his carefully staged photo compositions, who are at the same time portraits and conceptual pieces of art. John's work has won several international awards, amongst which are the 2013 Morpholio award and the 2014 Docma master award. John has published articles on conceptual art and lighting technique on petapixel.com, retouchingacademy.com, diyphotography.net and photographyblogger.net.