Even as a self-admitted prime lens lover, I can’t deny the allure of a telephoto zoom lens. A couple of my personal favorite tele-zoom lenses include the 24-70mm and the 24-105mm from Canon, which are touted by many as capable of "doing it all" if necessary. A bold statement, but you wouldn't find me arguing. But what other options are there? Though it may not be as recognizable, there certainly is a lot to love in Sigma’s 50-150mm f/2.8 EX DC OS HSM APO Lens. With a pretty unique focal length, it's one of few options that can go from normal to three times zoom in one convenient package, all at f/2.8, and all for under $1100. Sure there are other more expensive options out there, but price and brand name aren't everything. 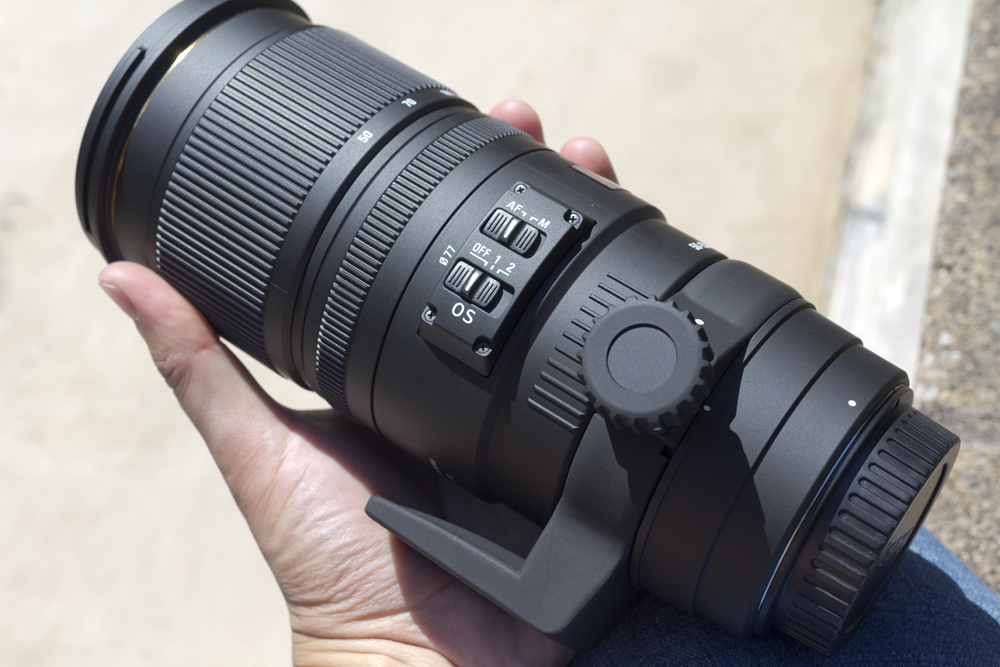 For starters, don't get this confused with the Sigma 50-150mm f/2.8 II EX DC HSM: it's not the same lens. It doesn't even look the same. I can't speak to how well the previous model performed, but I can say that this upgraded version looks to have been completely re-imagined from the previous version.

If you only gave a cursory glance to the Sigma 50-150mm tele-zoom, it could easily be mistaken for Sigma’s 180mm macro lens- and that’s a good thing. One of the selling points of the 180mm lens is its gorgeous matte black aluminum exterior that gave it a rugged and sturdy look. That same selling point carries over to the 50-150mm. This lens has a great weight and solid feel, exactly what I expect from a lens like this. When you hold this lens, you will not have trouble believing that it won’t let you down. 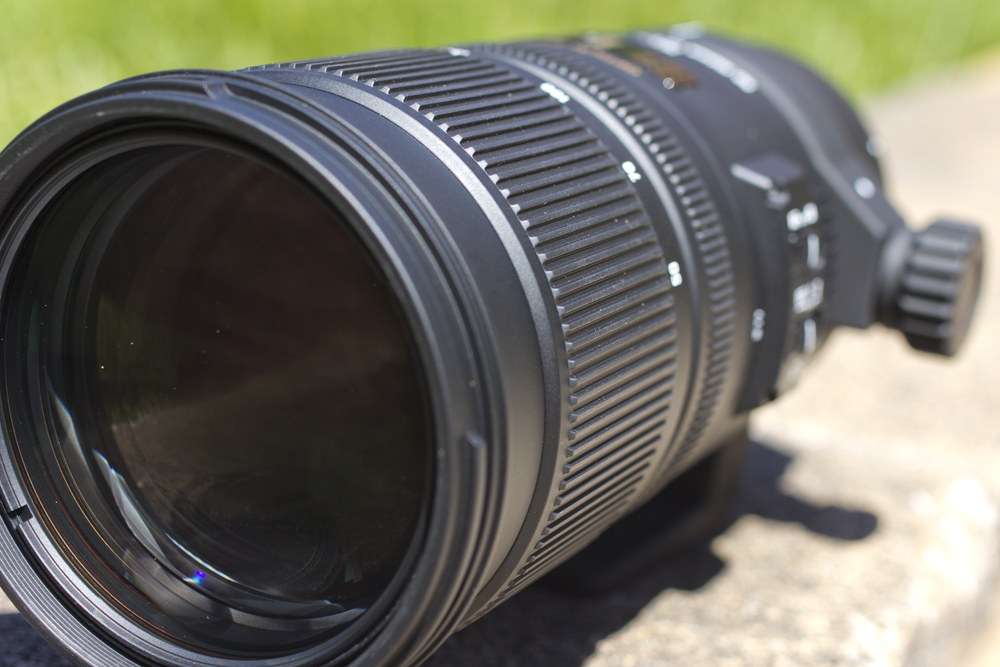 The size of the lens doesn’t change when you zoom in and out since the zoom is fully housed within the body. I like this feature a lot, as the balance of the lens never changes noticeably and you won't find yourself in an awkward position with the lens twice the length it was originally. I'm sure you can picture situations where this might be an issue. 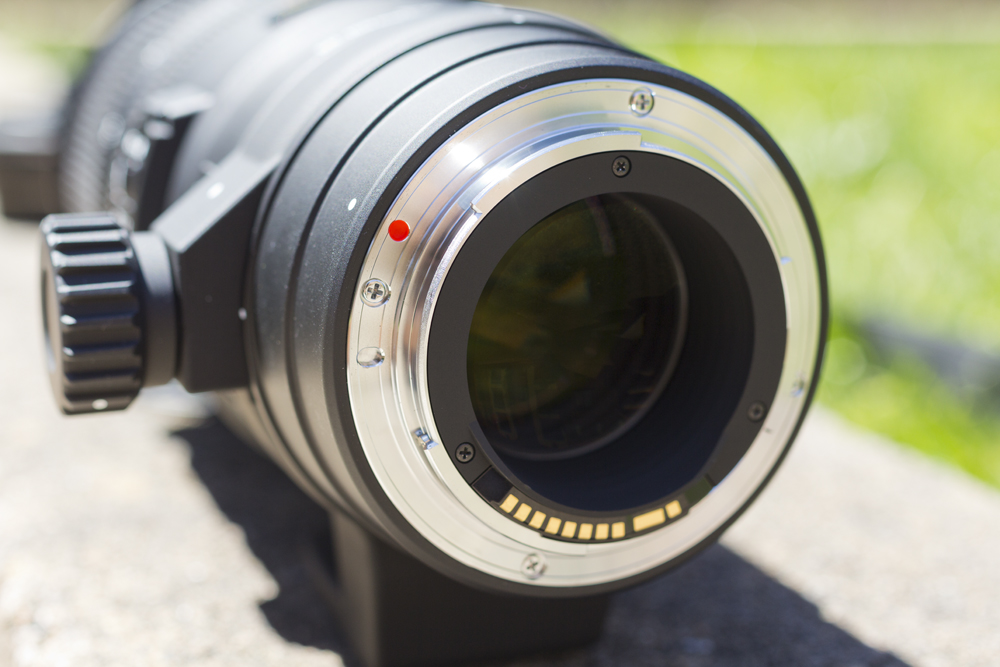 When I’m shopping for tele-zooms, I have a pretty heavy bias against variable aperture lenses. If I’m going to invest in glass, I tend to want to pay just that bit more to know that I’ll never be limited on what, when, and where I can shoot. Gracefully, the 50-150mm can open wide to f/2.8 throughout, and having the ability to control depth of field and light to at least f/2.8 is a big deal.

Sigma must have used the same auto focus motor and focus ring as they did on the 180mm, because this lens feels, focuses, and shoots just like the 180mm macro. I loved the fast auto focus, the smooth focus ring, and the silent motor. The optical stabilization is also identical, which is a good feature. Although I found some low light auto focus issues with the 180mmm macro, I was pleased to find that not to be the case in the 50-150. Low light autofocus was incredibly reliable, only failing to focus in basically straight darkness. This is definitely a lens that lets you shoot without thinking. I never found myself struggling with the lens, save for it's rather high minimum focus distance of a little over 2.5 feet (80 cm). But this is not a macro lens, so that is to be expected. 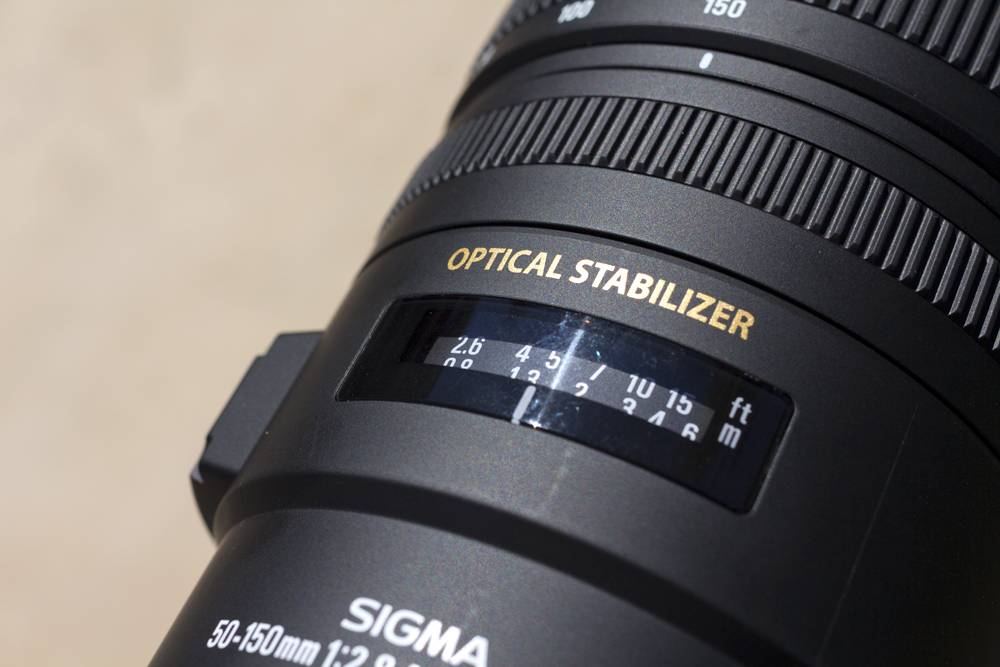 I found no issues with chromatic aberration, a great feature that is becoming more and more common among these higher-end Sigma lenses. The quality of the glass would surprise many of you who refuse to purchase anything that doesn't start with a "C" or an "N."

So what about sharpness? Is it sharp at all ranges of the lens? It’s not perfect, but it’s darn good. At both ends of the spectrum, the sharpness was pretty consistent. At both f/2.8 and f/22, images weren’t perfectly sharp, but they were more than acceptable. From f/16 through f/22, subject matter can look a little foggy, but not muddy or muddled like you can find in other lenses. There is none of that fogginess at f/2.8, and standing alone the image appears wonderfully sharp. It is only when you compare it to the crisp, tack sharpness seen between f/5.6 and f/14 that you see f/2.8 is just shy of perfect. 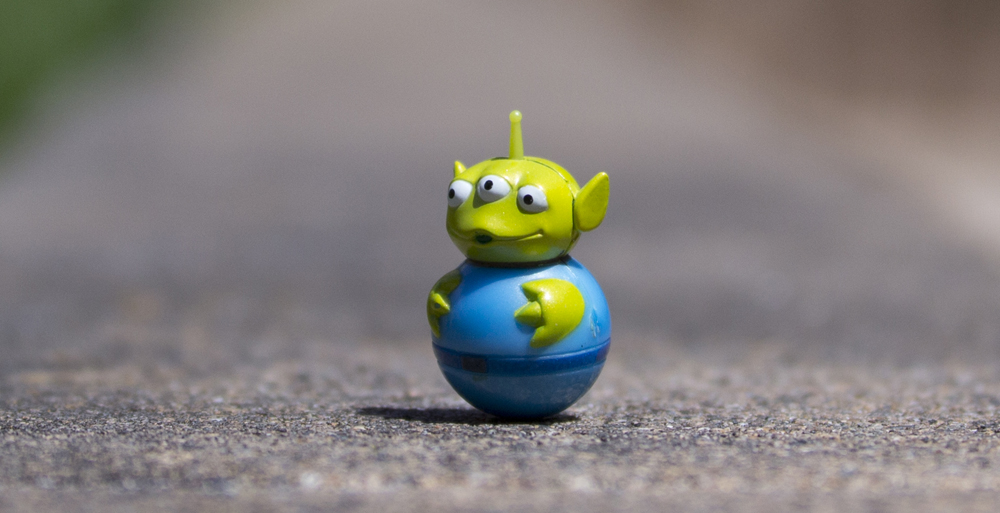 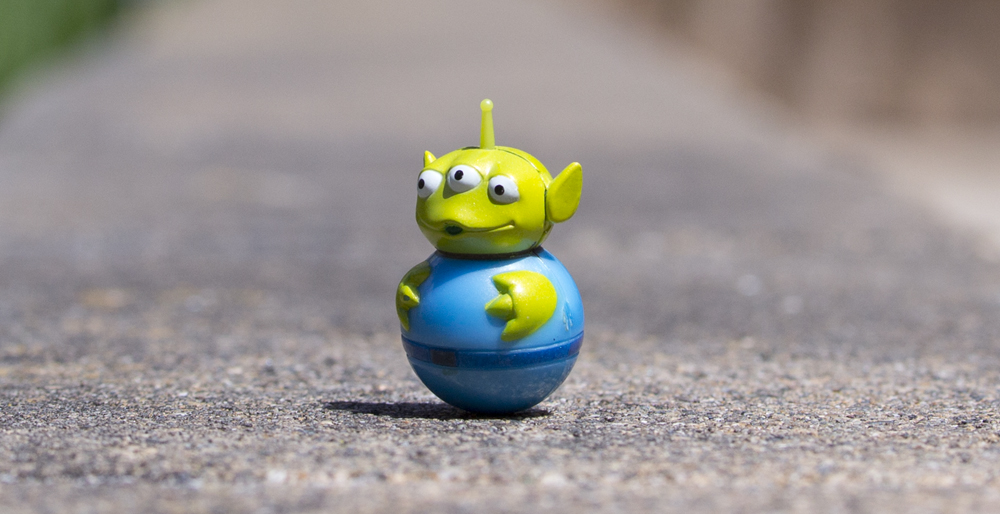 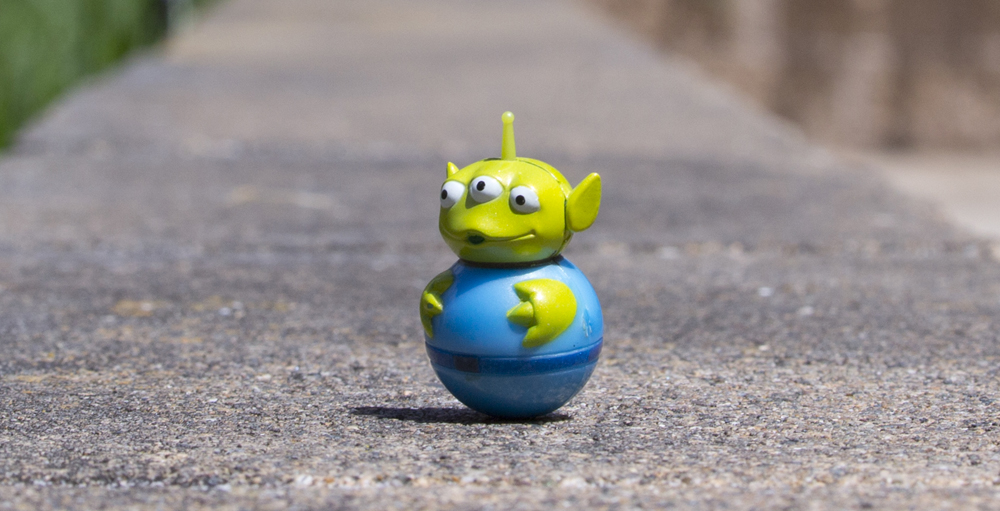 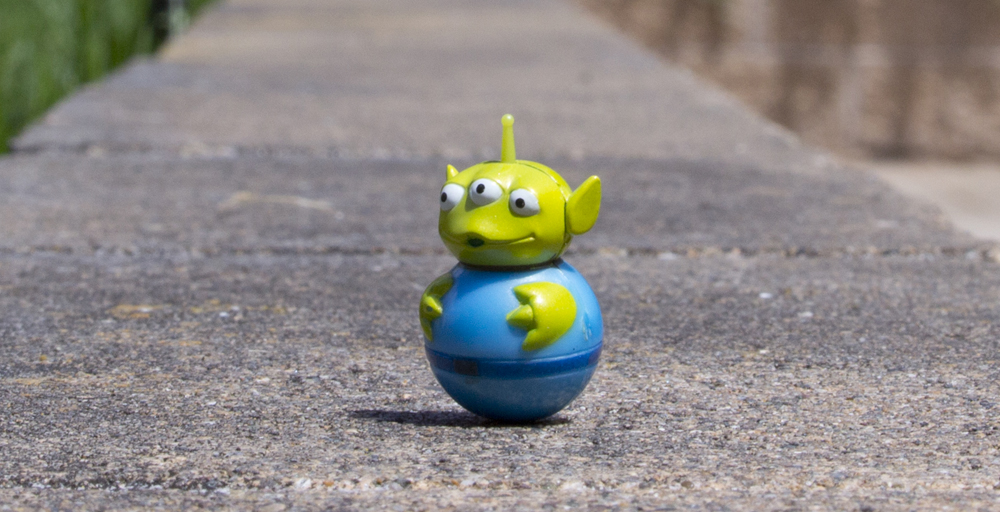 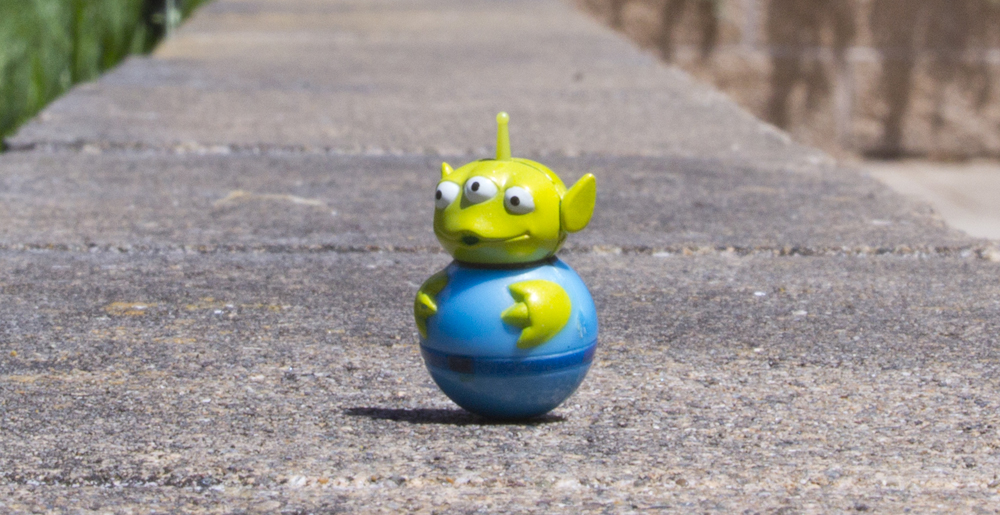 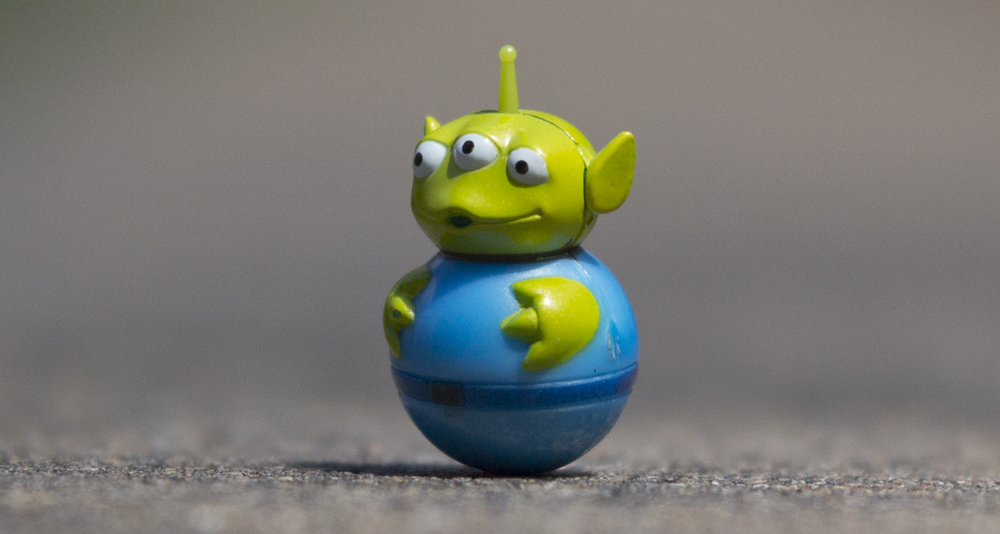 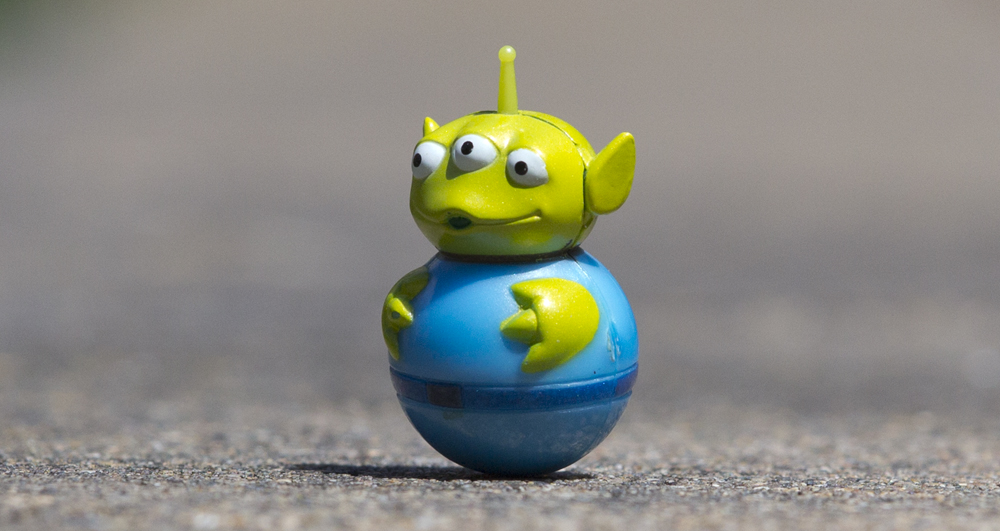 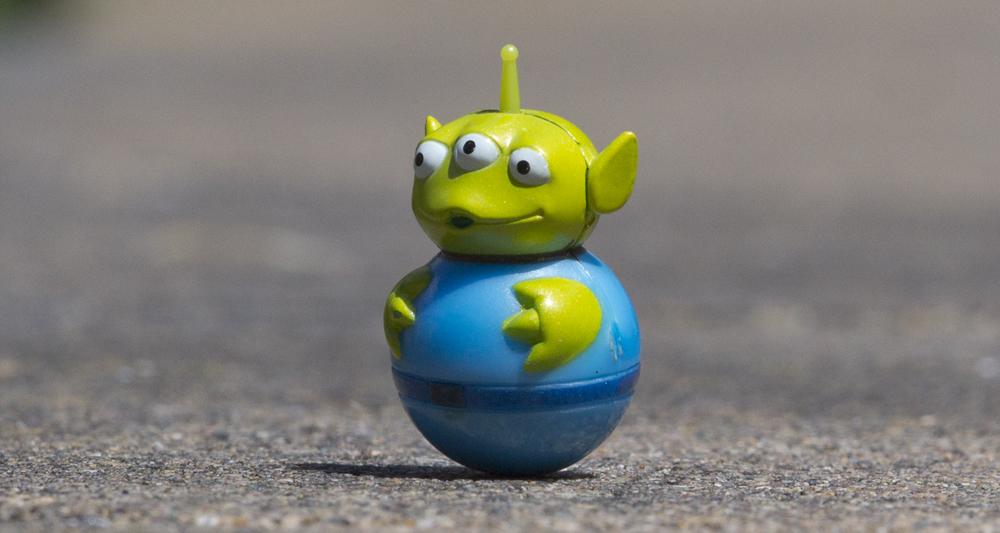 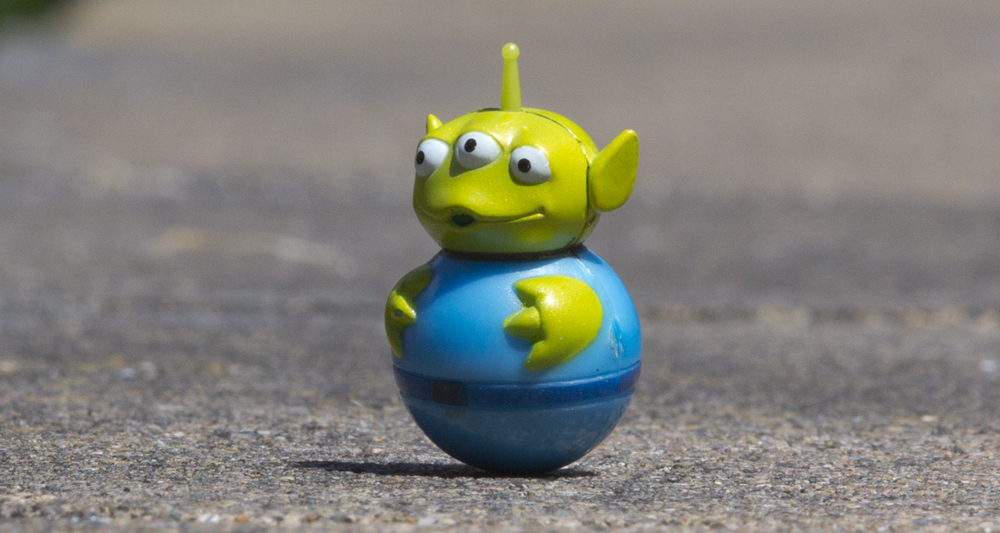 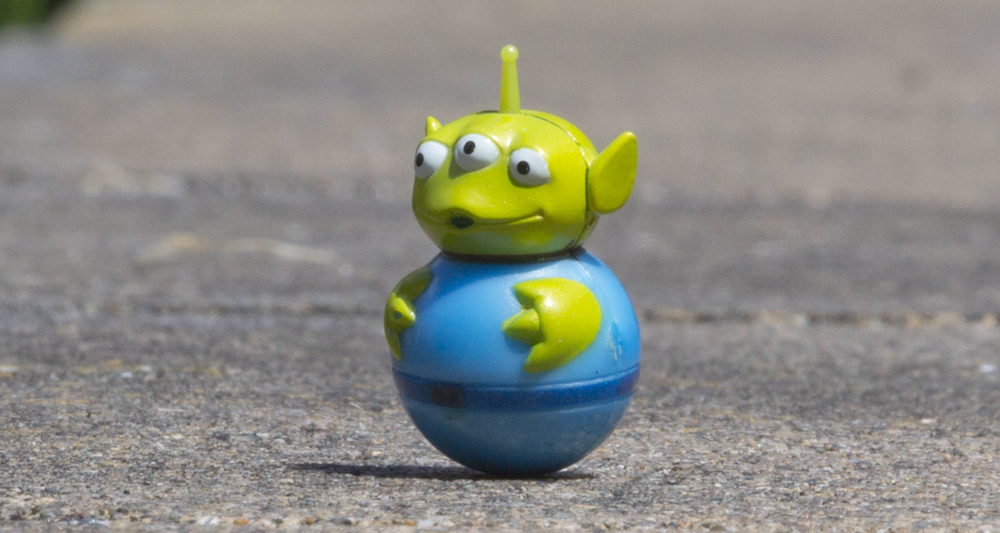 The Sigma 50-150mm isn't perfect. This is a big lens. I get that it is big because of what has been put into it, but it is still big. The weight and size are that of what one would think of a longer zoom lens, so you might be a little unhappy that it only extends to 150mm. It’s somewhat disappointing to realize that 150mm is just short of what’s great for wildlife photography. It’s actually a great portrait lens, but there are lighter weight options in this category.

My second nitpick is the orientation of the focus ring and the zoom ring: they are opposite what I’m used to. The zoom ring is closest to the front element on the lens, while the focus ring is behind the zoom ring closer to the lens collar. It’s not that big of a deal, but when you’re used to one way, it can be somewhat difficult to adjust your mind to a different way. 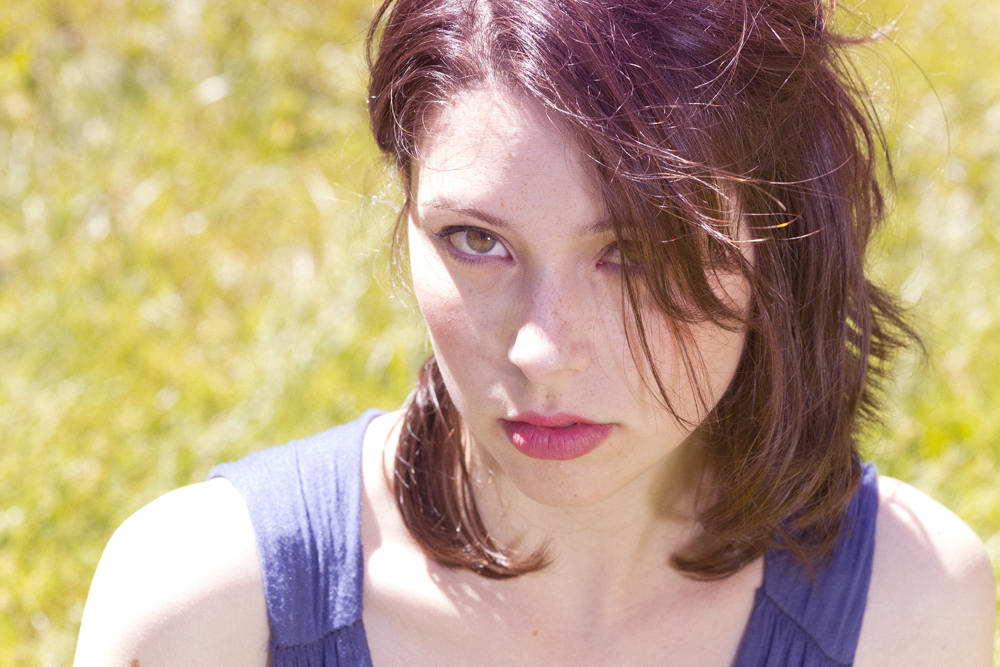 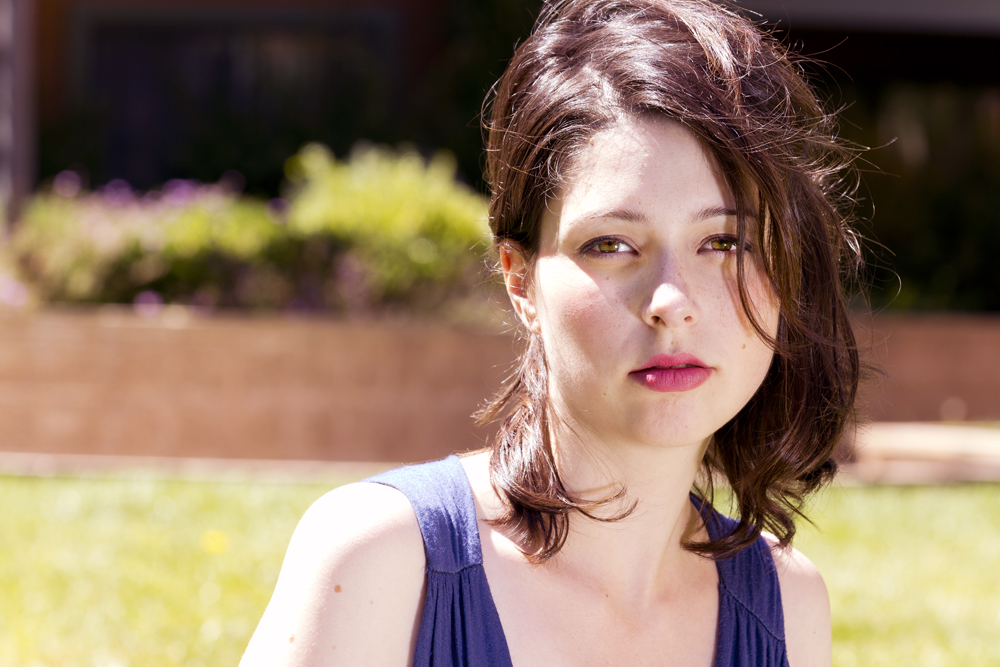 I like this lens. I would welcome it on my shelf (in fact, I think it’s going to stay). I’m a fan of prime lenses, but this guy has its place and its uses. The Sigma 50-150mm f/2.8 is fast both in aperture and auto focus, it’s sharp, it’s sturdy, and it’s reliable. If you can get over the weight, this lens will serve you well in a variety of situations. Though I admit this lens can't "do it all" as I ask in the title of this review, it can do most of everything asked of it exactly as expected. You can't ask for much more from a lens.

For those of you who are "too good" for third party lenses, it's your loss. Sigma has seriously upped their game and this lens can compete with the best. If you're interested, check it out. It's on sale for only $999 now until the end of September 2012, and then is available for $1100. 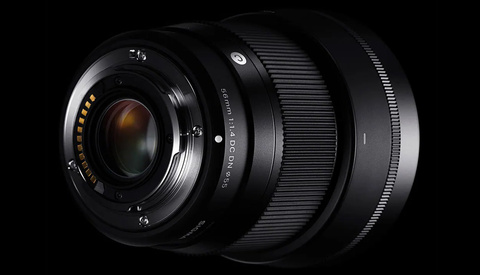 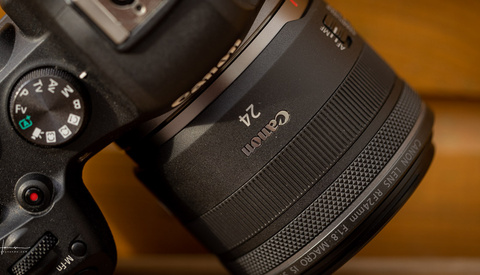 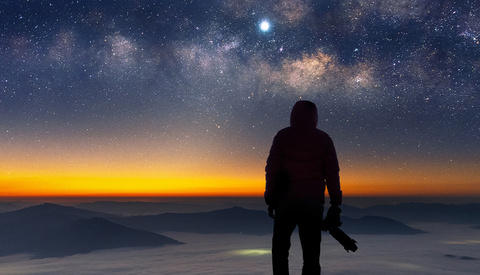 A pity the Sigma-lenses are so unreliable. Two same lenses perform differently and fitting the same type of lens on a Canon or a Nikon yields different performances. The Sigma 24-70 for example is much much better on the Canon than on the Nikon.

I think it should be noted, and pointed out in either the title or the first paragraph, that the Sigma 50-150mm lenses are for crop sensored cameras *ONLY*, as denoted by the 'DC' naming.

Just so people don't get confused.

You could use it on a fullframe body, but you'd get some crazy vignetting.

Wanted this range for a while to shot portraits/events but can't spring for the Canon 70-200 IS, especially with a full frame upgrade at the top of my list. I end up putting a vignette on just about everything I shoot anyway. Guess I'll have to do more research to see how heavy it is.

EDIT: Oh wow, it's brutal- like looking through a port hole on a ship, completely black around the edges.

Doesn't really make sense to me. The previous 50-150 was great at under 2 lbs because it gave you a similar equivalent focal length range as the 70-200 on FF. It was a unique lens (tokina's 50-135 was great too) but became hard to find. Sigma increased the weight by over a pound and increased the length a few inches. You might as well buy the 70-200/2.8.

I understand that. At similar size/weight, I would rather buy  a 70-200/2.8 with the option of throwing it on a FF. The only thing you lose is a bit on the wide side, which admittedly is nice. The main reason, I enjoy the 50-150 is the size. My d90 with the sigma 50-150 is a quite capable and much more portable portrait setup.

I completely agree with you. I actually just picked up the third copy of the non-OS 50-150. i am switching back to a Nikon D7000. I have had several setups over the years and honestly the weight, balance and results I got from the setup was outstanding especially when you combine it with the price. I picked up the Sigma 17-50 OS, D7000 and 50-150 all for under $1200. That alone is what you will pay for the NIkon 70-200 VR version 1 used.

I own the lighter 50-150mm and I have rented the newer one which is amazing compared to the older non OS version. The new lens is heavy but the super sharp and OS really make the difference. I have also rented the Sigma 70-200mm and could not get a sharp picture like the new 50-150 os.(I believe this is because the 70-200 is geared to the full frame cameras)...The new Sigma 50-150mm OS is an amazing lens and after you see some of the pictures the price is worth it if you own a cropped sensor lens and you shoot portraits. This lens is geared for crop sensor cameras only, I own the T3i. joeryephotos.smugmug

I have been shooting this lens for about a month and I freaking love it. I am very happy with its sharpness at 2.8 across the zoom range. As far as the "You might as well buy the 70-200/2.8" comment goes, this is a crop lens and it makes perfect sense on a crop body.

I use a pentax DA* 50-135 f2.8, its my best lens and I can see why this one would do well.. but what does the extra size and weight give you and how would this compare to the pentax one?

The optics in the pentax is the same as the tokina but with pentax's lens coatings and a different design on the outside with weather sealing, in lens motors.. no need for SR since its in the body on pentax slr's.

It looks like Sigma is getting better with each new generation, and that's great. However, I've had Sigma's before, but now I exclusively own Nikon for my glass. Sigma lenses are well made when it comes to physical construction; no doubt. But the QC is inconsistent and I always experienced focusing issues at varying focal lengths. Maybe things have changed, hopefully so, and that would be great for people new to photography and/or on a budget.

I want to love this lens but lately, Nikon has been hosing pro DX users. The 300s is older than dirt technically speaking and I refuse to see the 7000 as an upgrade. D400 + this? AWESOME SAUCE!!!

I believe this lens will be in my bag one day. I just ordered the sigma 180os macro and next I'm getting the 18/35 f1.8 and the tokins 11/16 ii. I wanted to stay with Nikon lenses but I'm finding the focal ranges with the constant apertures I want are covered best by 3rd party manufacturers. And they are performing as good or better at a lower price. 11/16 Tonkina 18/35 sigma 50/150 os sigma 70 macro sigma or 60 Nikon 180 macro sigma 120/300 sigma Induro 414 at alum tripod and bhl ball head w a Induro gimble head that attaches to the ball head . This is the kit I have dreamed up for myself . I'm doing nature, macro, real life portraits(non studio) landscapes and some action sports and wildlife. I belive the 50/150 will be a very useful range.

I almost sold mine recently after purchasing a used Nikon 2 ring 80-200. Went to an indoor car show with the 80-200 and afterward wished I had the Sigma with me . I liked the images taken with the Nikon but I can't wait to try the Sigma at a similar event.