One photographer and filmmaker has created a photo series using a custom-made lighting rig that sees a rainbow of colors streak through forests, beaches, and lakes.

Daniel Mercadante has taken the series of long-exposure images, aptly titled Rainbow Road, across many landscapes in Connecticut and Guatemala. In the pictures, otherwise mundane settings are illuminated with a magical rainbow trail. 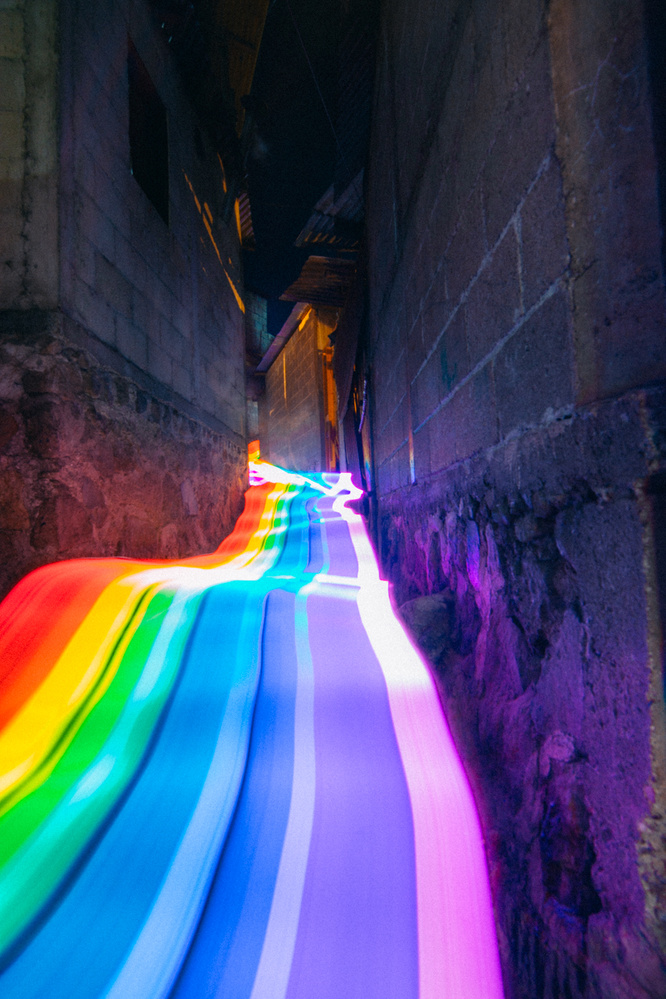 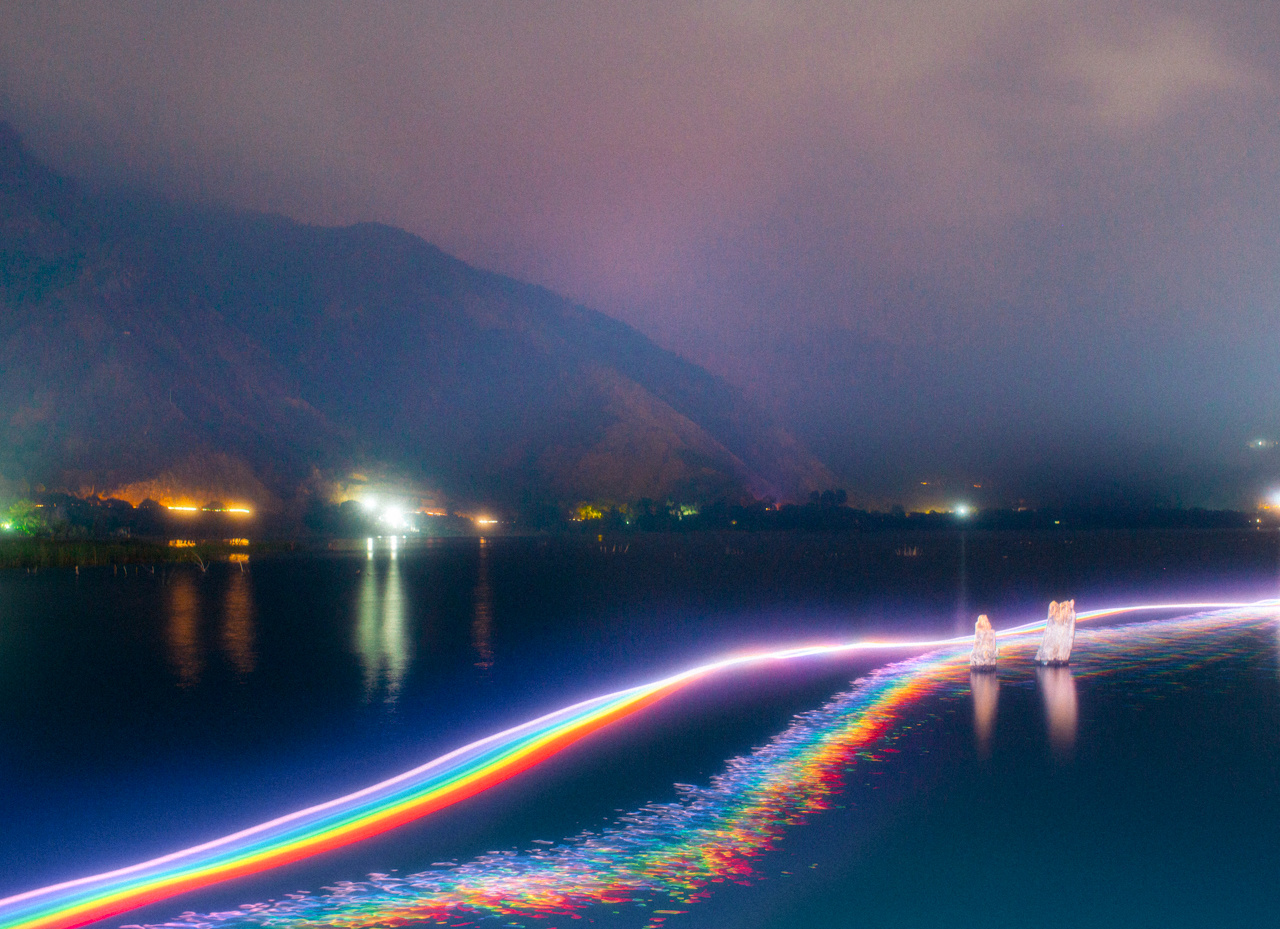 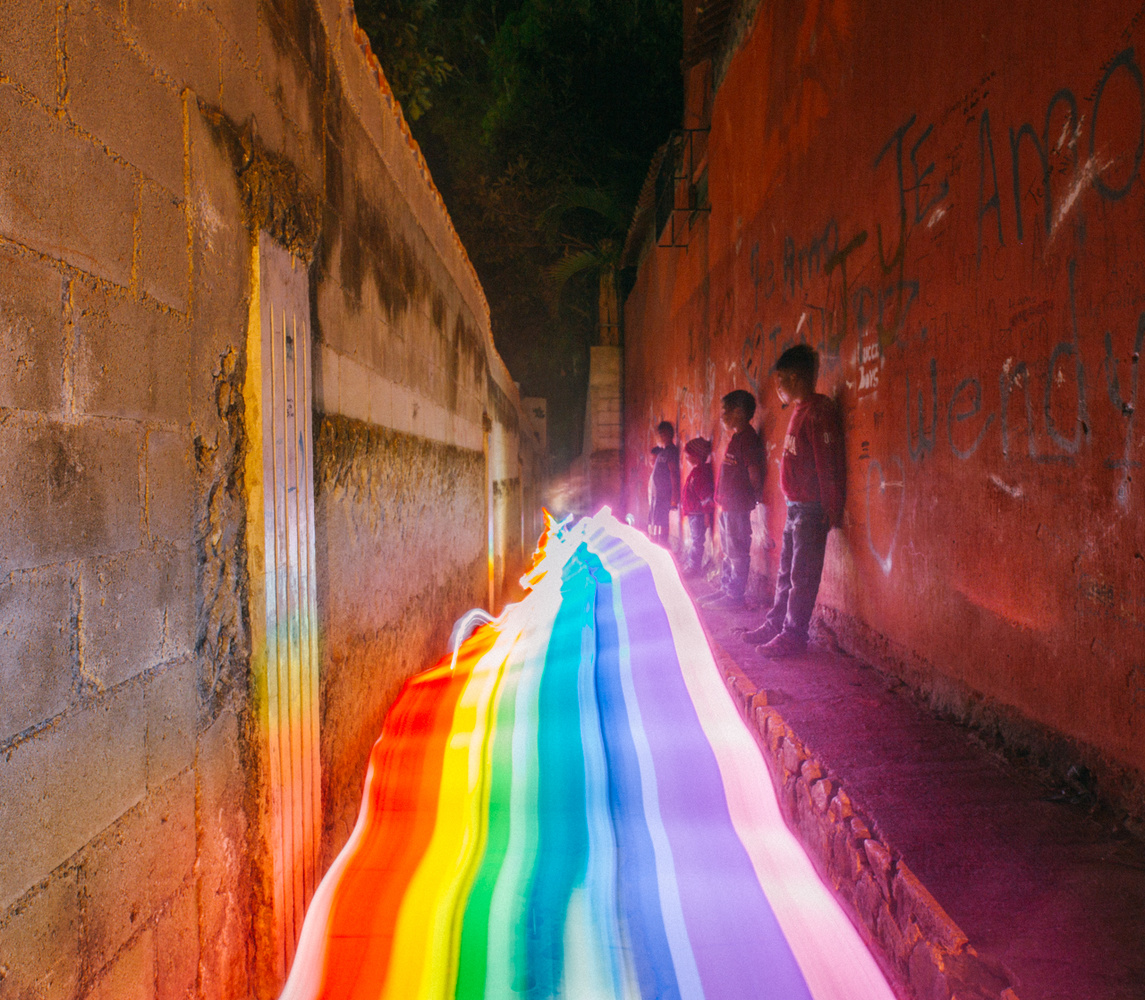 Particular favorites include one taken on the beach, a sleeping dog illuminated from the light, and another running across a lake, which sees the multicolored streak reflecting on the water. The surreal images have the effect of looking as though they were created in post-production, they’re actually a result of a rainbow lighting rig that Mercadante himself created.

Predominantly creating films alongside his wife Katina (see their joint work here), he explains that the appeal of long exposures stems from being a fusion of photography and video:

After so many years focused on the moving image, I’ve struggled with singularly caught moments in still imagery—so I love how this project still requires images to be captured over 15sec-1 minute, so in some way they require the same passages of time that a shot in one of our short films might. 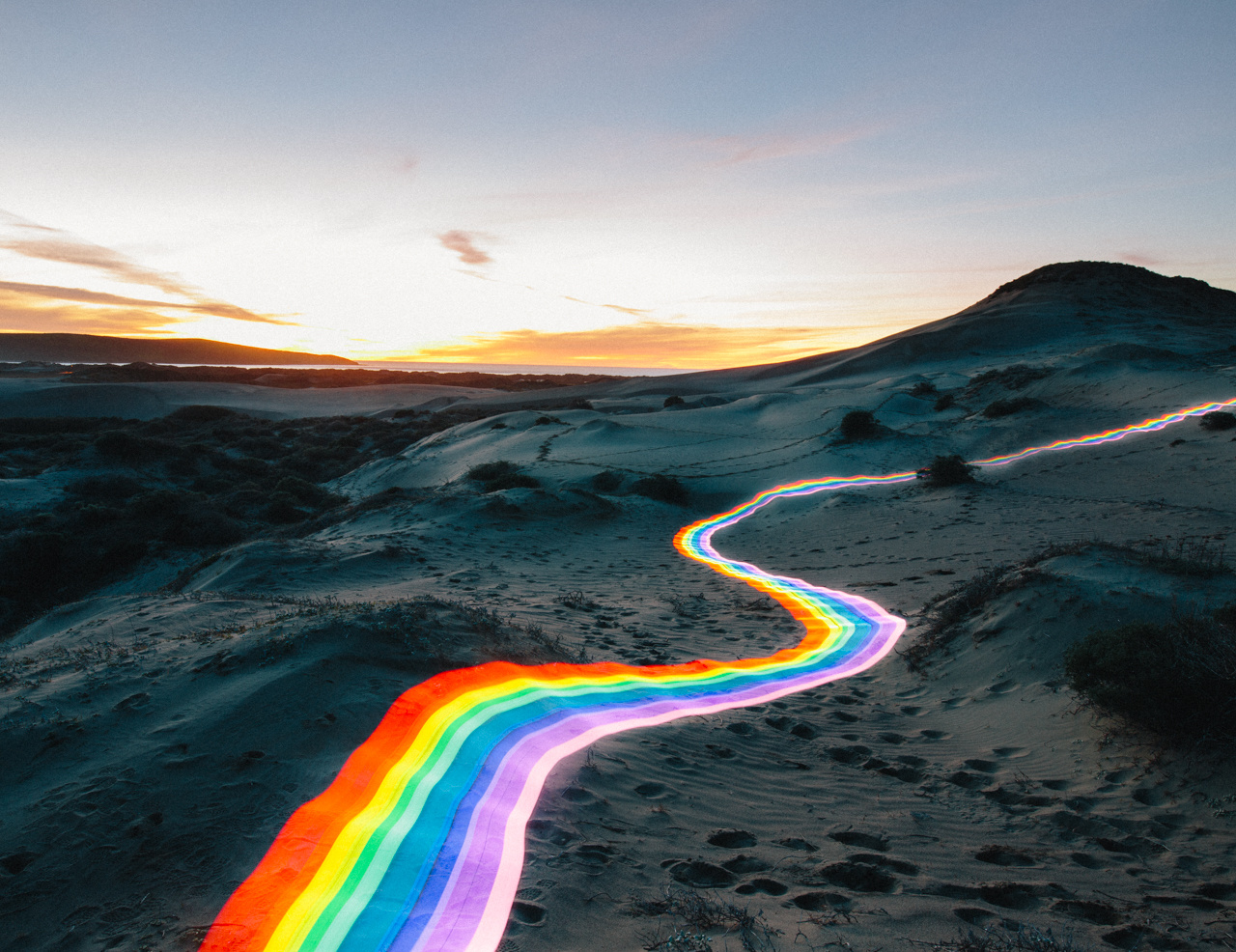 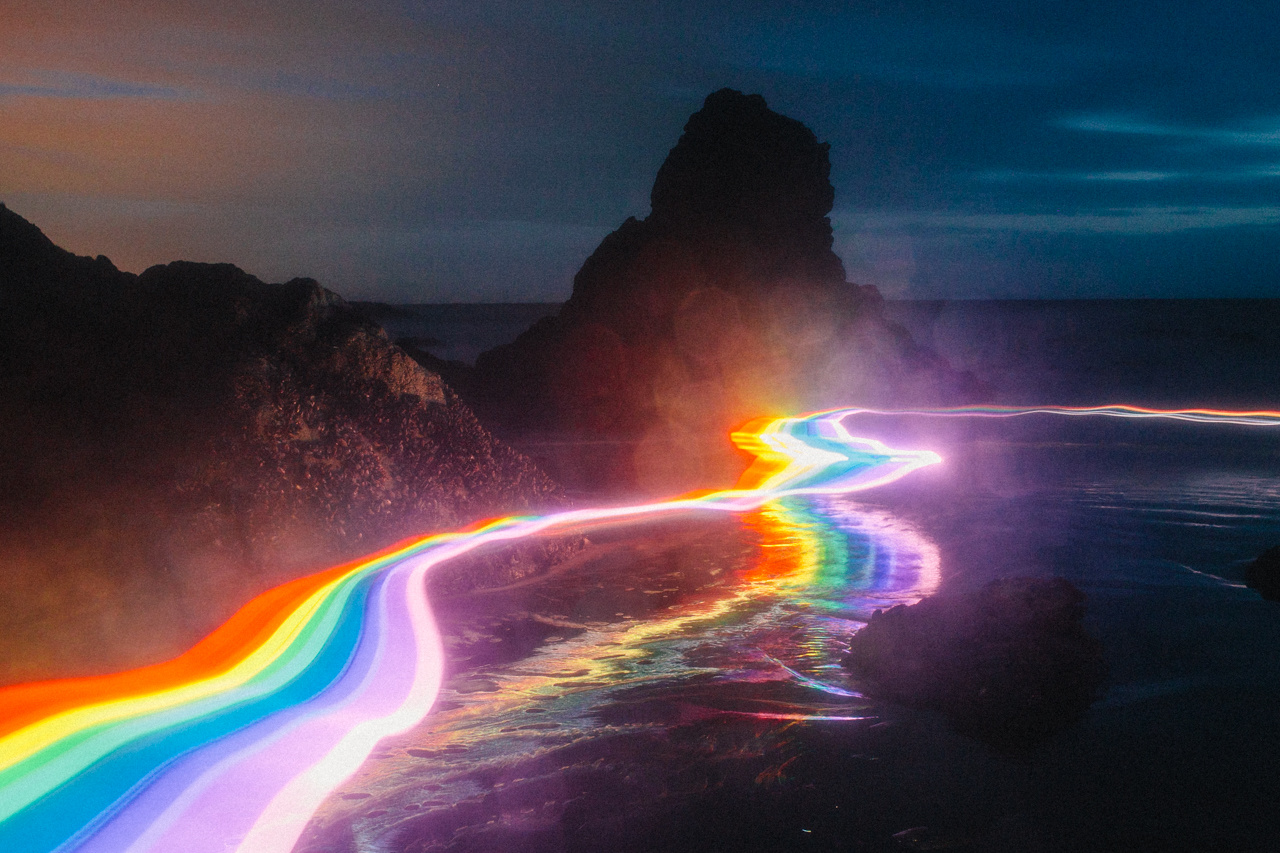 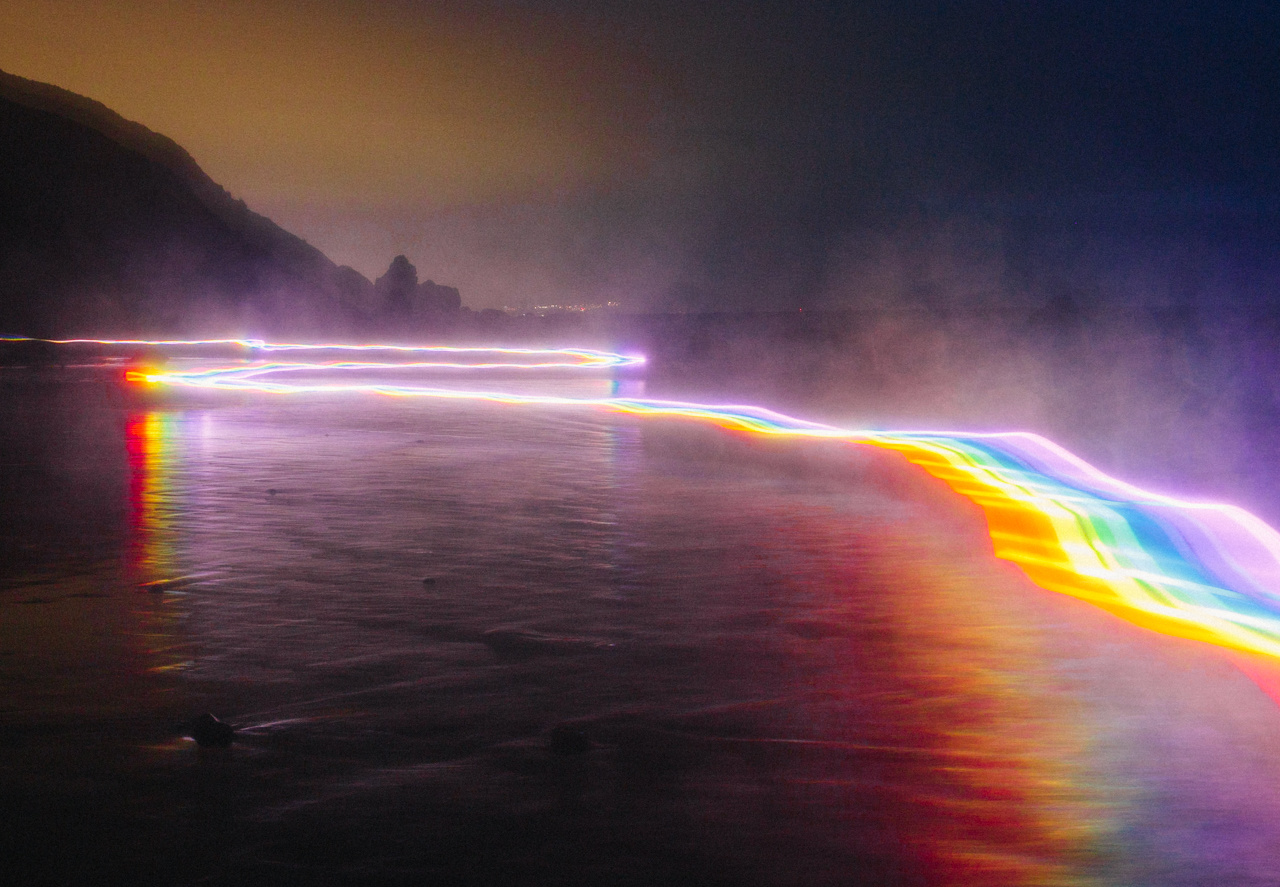 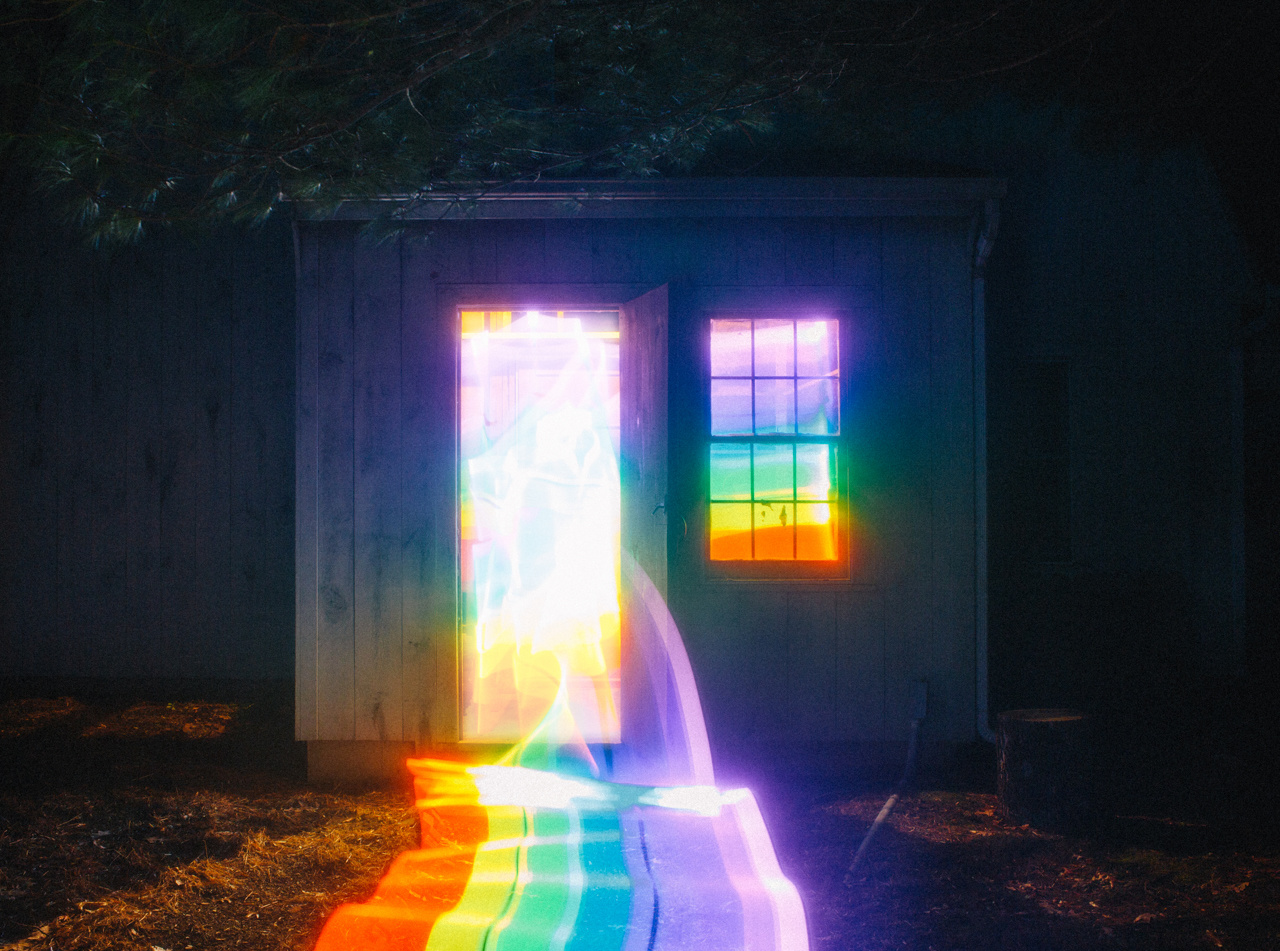 The series is a work in progress. Keep up to date with future additions, and see more of Daniel's colorful feed, over on Instagram.

Posted In:
Featured Artists
Landscapes
via:
My Modern Met
1 Commment

Very creative use of light paint