At this point, I’m convinced there are clones of Benjamin Von Wong’s walking this earth. The artist just keeps churning out great projects one after the other. To not only inspire photographers like you and me, but to make a positive difference in today’s world.

For Von Wong’s latest project, he illustrates the world’s issue of fashion and contributions to being one of the biggest polluters on the planet. He teamed up with Laura Francois to raise awareness for the fight against fast fashion. This project has some similarities to his one his recent projects.

Von Wong’s vision was to turn abandoned clothes into installations to represent the effects of clothing has on humanity and something that would remind people where their clothes are made. The shoot took place in an abandoned factory in Cambodia that used to employ 5,000 workers. 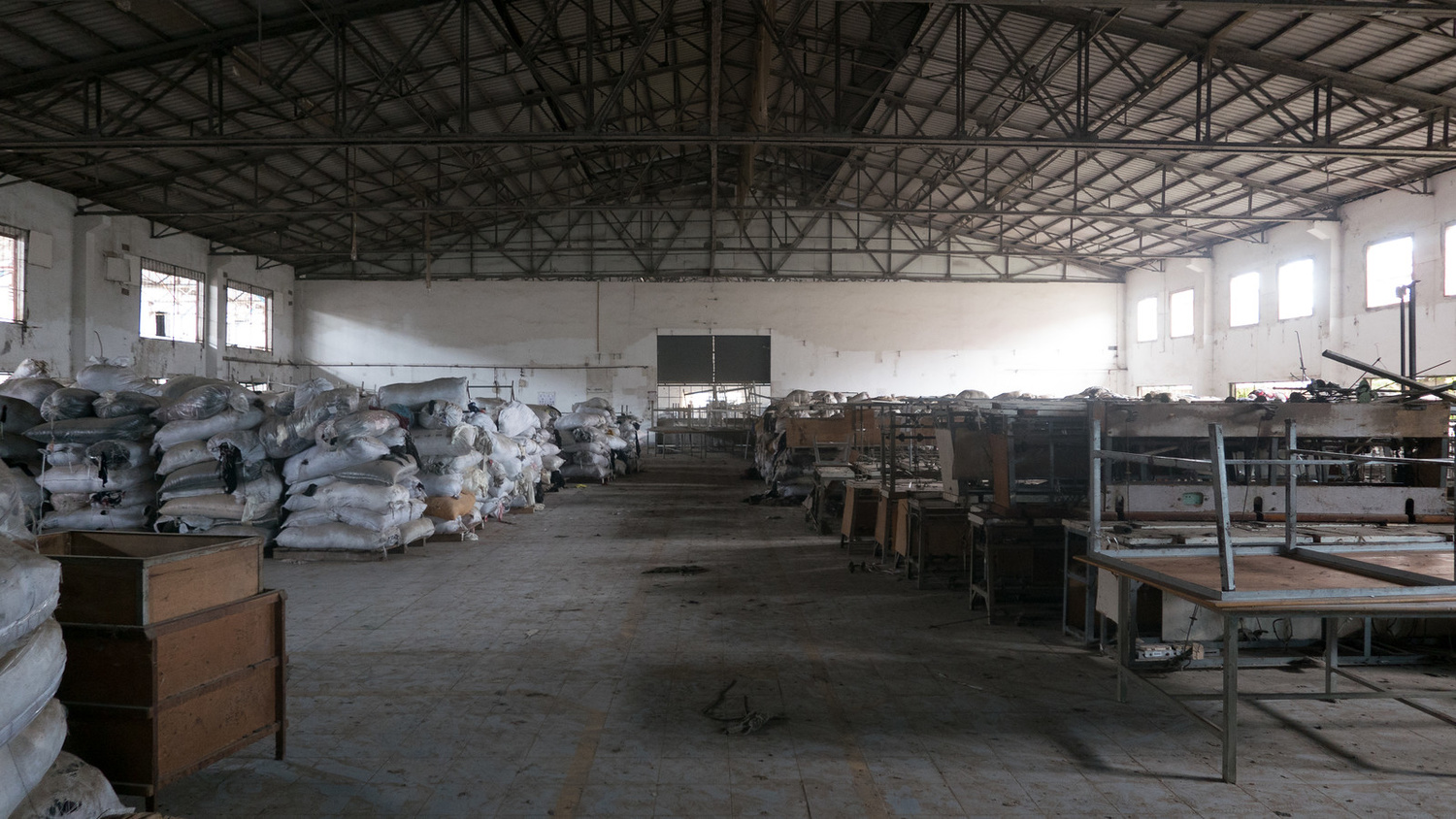 Through social media platforms like Facebook, Instagram, and Telegram, he sourced enthusiastic volunteers to join the mission to make this possible. They spent a fort nite sorting, moving, and building sets in this factory. Anything from sorting thousands of clothes into separate colors to building scaffolding that cost $1 a day. 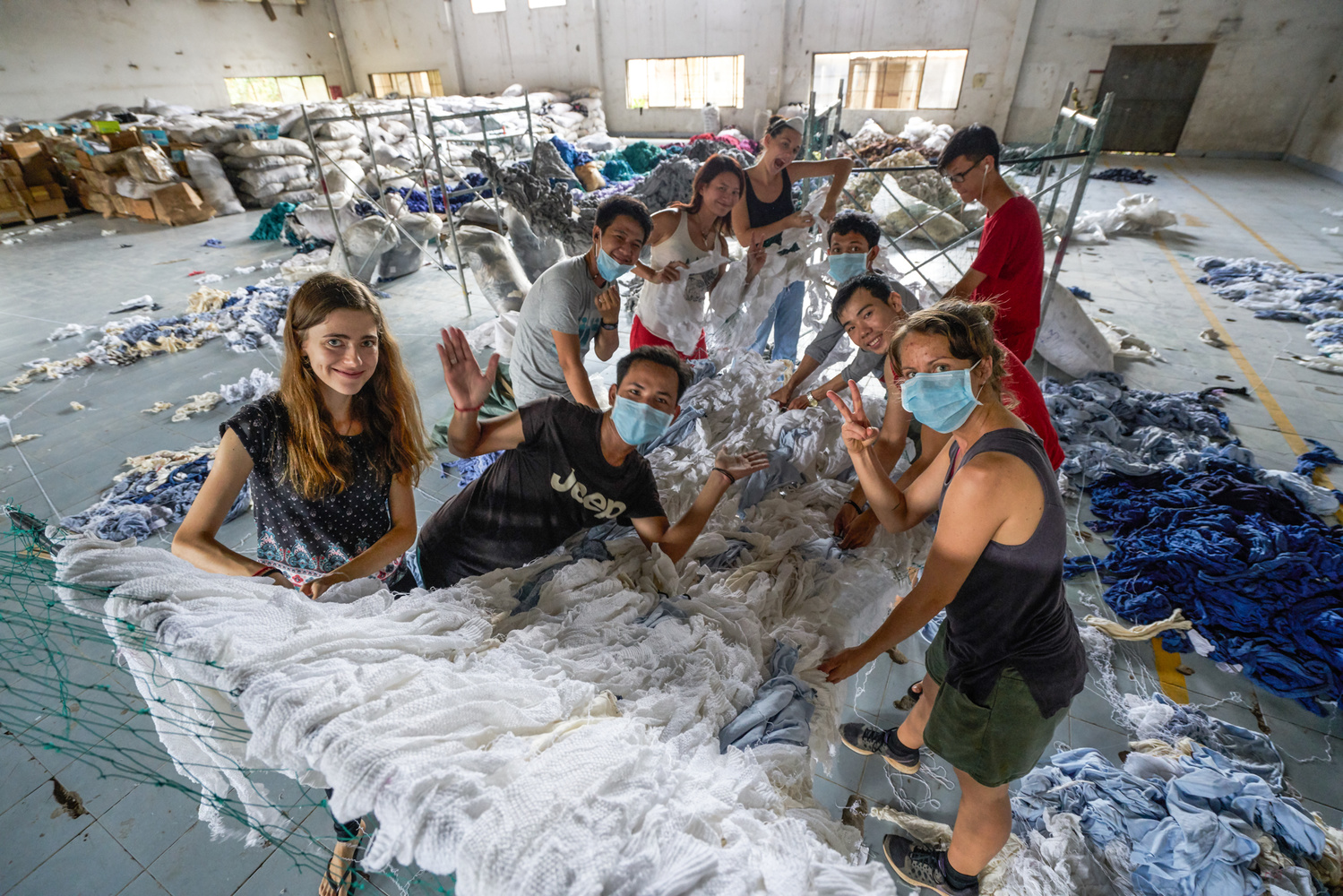 This photo illustrates the fact that 2700 L of water is used to create a single cotton t-shirt. They used flour to create a natural mist to add depth to the scene. 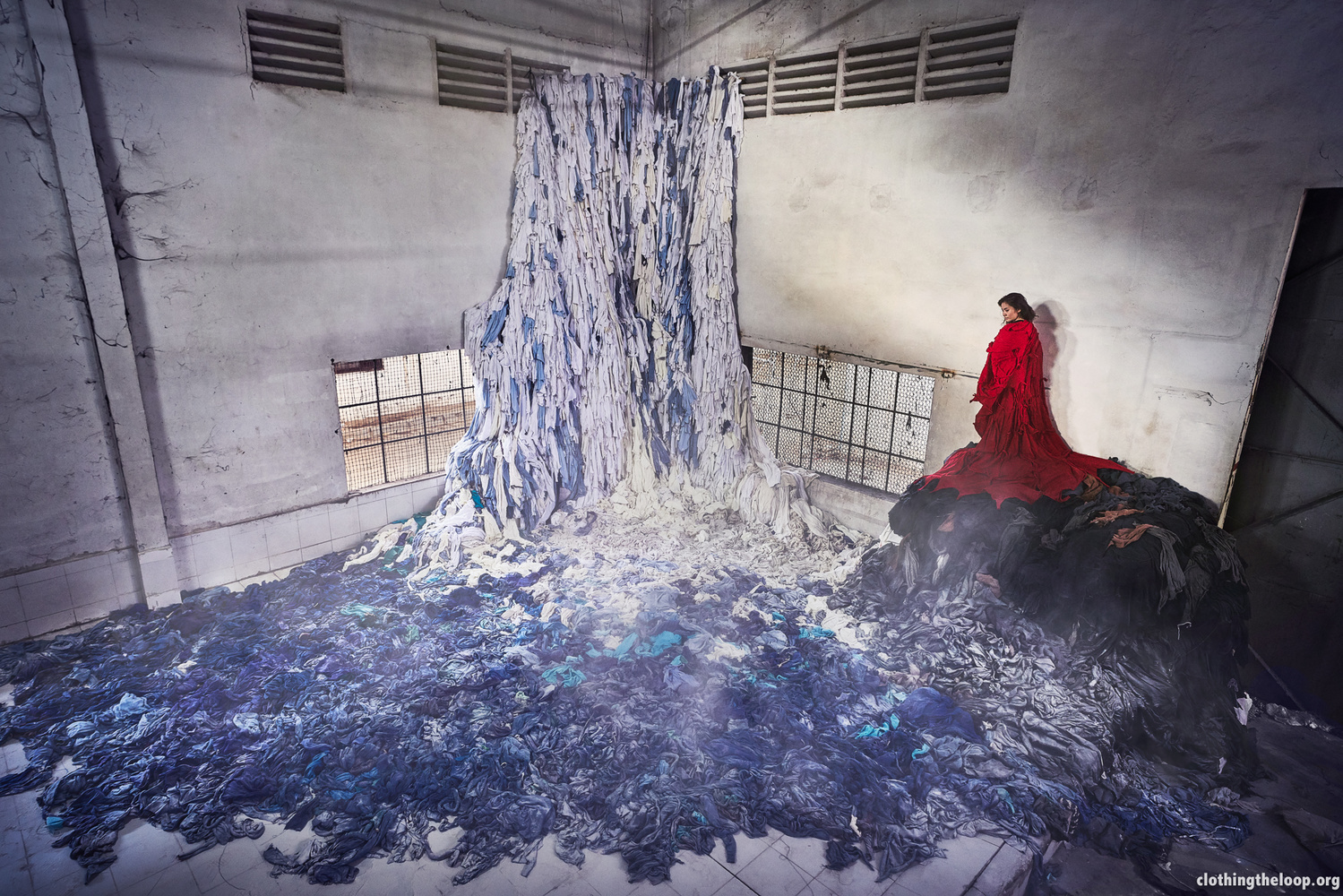 While it looks simple, Von Wong explains how difficult this set was to build and photograph. The crooked ground made the scaffolding very difficult to work while building the tree. 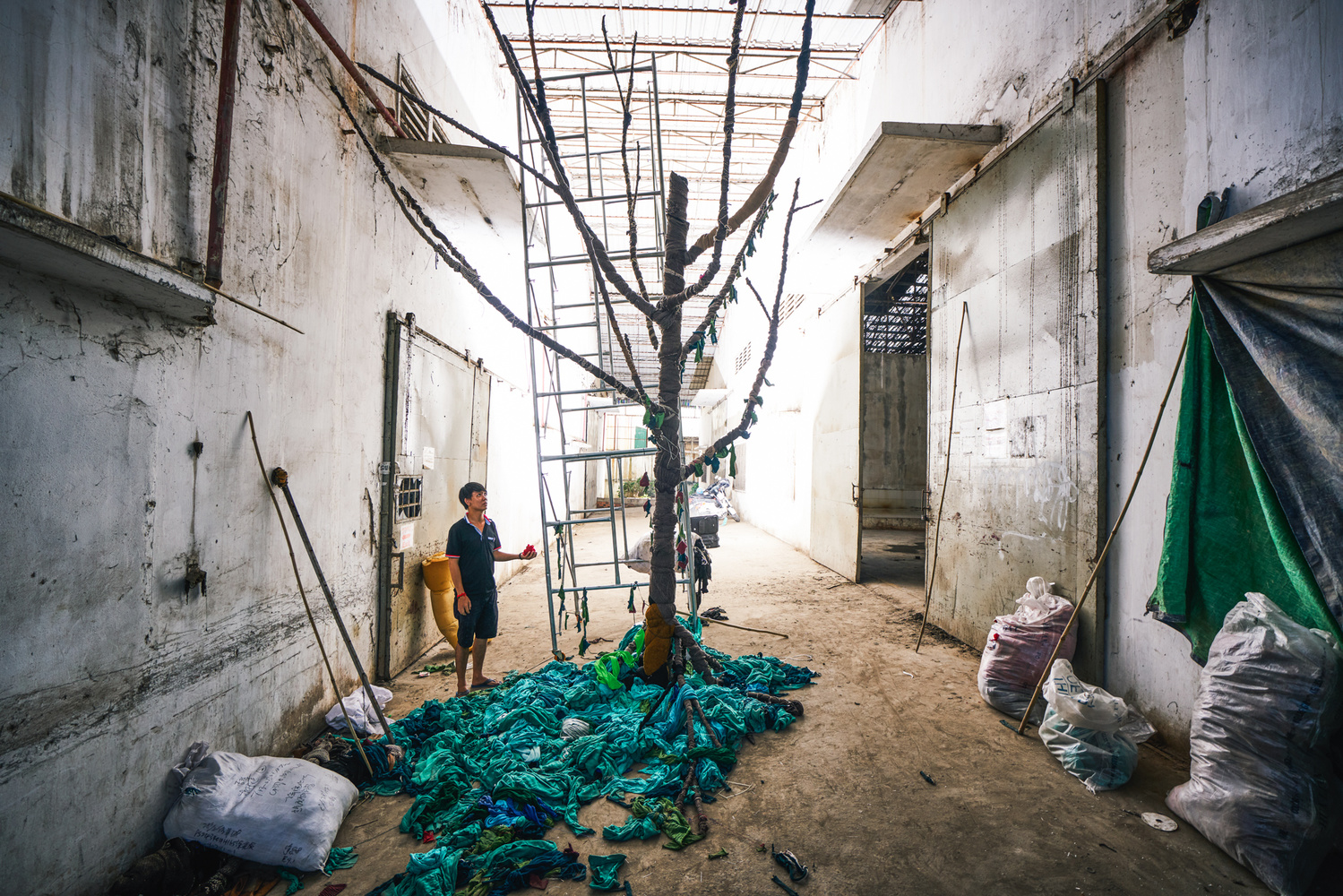 One neat little tidbit was Von Wong added a single light with an orange gel hidden behind, along with some smoke, to transform "a boring hallway into something more magical." 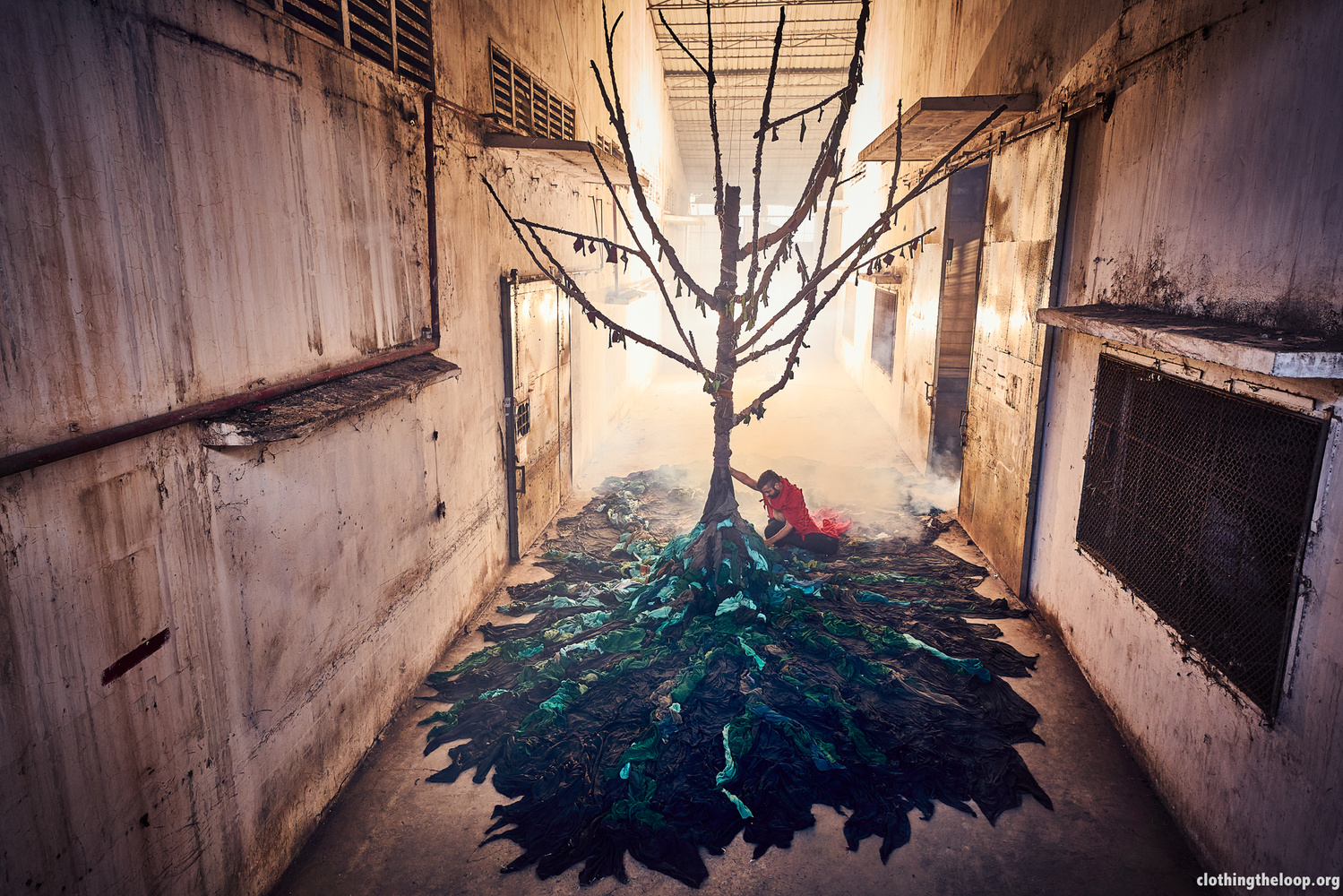 What You Can Do to Help

After working over a year on this project, Von Wong would like to make one thing known, “That every one of us has the power to simply wear fewer clothes.” For a more in-depth, behind-the-scenes look at this shoot, check out Von Wong’s blog. Learn more about what you can do regarding fast fashion and pollution awareness at clothingtheloop.com.

"simply wear fewer clothes"? That gets darned cold most of the year.

Let's not fool ourselves. Regardless what you think about the work from an aesthetic point of view (I don't like it at all), he's only preaching to the choir. This kind of thing rarely convinces anyone to change their habits.

It is always amazing imagery. From an academic / research point you are probably right. During my grad school days I did some research and studying as part of my environmental communications coursework. While limited to climate change, the research showed the more you “hype it up” or make a grand thing about it, the less believable it becomes to the movable middle. In fact, taking a “doomsday” approach may actually hurt the cause / impair the desired attitudinal or behavioral shifts.

The key challenge (if we ever figure it out) is how to use amazing images and campaigns in a way that doesn’t come across as hyperbole while still eliciting enough of an emotional response to generate a desire to change.

To your last point, I think it wouldn't hurt to show respect to the intellect of your audience. When using imagery (we'll have to agree to disagree on what constitutes "amazing" ;-) ), a lot of times (this one) I don't even understand the point without it being stated. And once stated, I don't understand how the image supports their assertion. When you see a dead pelican in a pool of oily water, you know what the point is and the connection is obvious. Here? Not so much.

Hey Sam, oh if Social change was easy :) I think the big take away is that art and effective strategic communication, though at times overlapping, are two different things. The beauty is when art is guided by research and effectively facilitates a shift.

Social change is impossible. We can only ever hope to influence individuals to want to change. That's enough philosophy for one day! ;-)

BTW, I love your agricultural photography!

Very cool project! Von Wong's previous one was incredible with all of the recycled computers.