Keith Loutit, famous for his "Small Worlds" project, has released a new time-lapse, and it's astounding. "The Lion City II - Majulah" is a visual feast, chock-full of beautiful imagery and some pretty innovative effects.

“Singapore’s history and approach to working within its limited geography fascinates me,” says Loutit. The film captures that evolution, following construction, night scenes, and the general growth of the city over three years. The four-minute film represents the sum total of over 500 days of shooting between June 2013 and June 2016 and 841 total shots, with some locations being shot up to 43 times. In chatting with some of the other writers, we were particularly intrigued by the light-trail effects, which match perfectly with the stuttering camera movements. The film is the second in the series, with Loutit noting that the original "Lion City" was "nice eye candy" meant to showcase the "the constant heat and humidity" of Singapore, while the second film contains “a stronger narrative with two stories running in parallel,” people moving throughout the city and the city's own growth, meant to evoke stronger emotions than the original. It certainly entranced me.

Mind blown!!! Simply awesome... :) I was particularly in love with the new look of car trails... How on earth did you achieved that??? Can anyone help me find the secret behind that shot please :) ;) 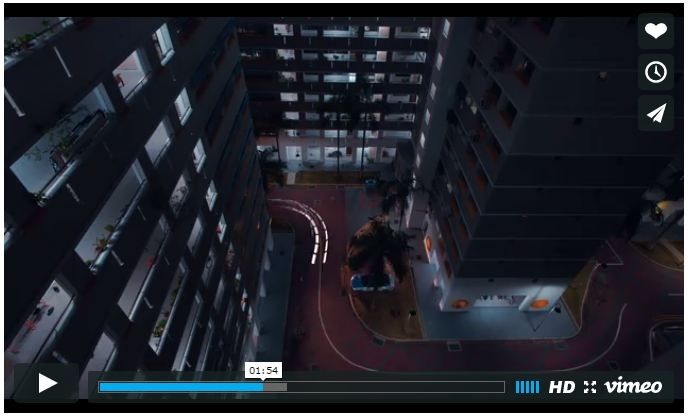 My guesses would be either it's masked in post-prod or it's staged. The car is driven by a friend and has blinking lights while the trail is a regular one where the length is determined by the shutter speed.

Ok maybe not staged since the same look is used on plenty of cars in the last few shots ...

If its a blinking light we wont see it fading towards the tail end, right? Please correct me if am wrong :)

Yeah I agree. Can't seem to figure out what he did and how he did it.

I think I know. I create that kind of trails when doing video light-painting. If the shutter is not fast enough in relation to the speed of the light, it creates those gaps. https://www.instagram.com/p/BDjYfHUTPg-

ok now let me watch that video once again :::))

If there's anyone who can answer this question, it's you. :)

You're talking about the dotted line effect, right? It appears to just be about a 1-second exposure with a slight gap between exposures. Either it's done on purpose or he has a camera that has a slowish continuous shooting rate.

That impresses at every level. The technical execution, the composition and storytelling, and the sheer amount of work that the filmmakers obviously devoted to their project. Well done!

Stunning! on of the best timelapse video at all!

I think he is using a mirrorless camera and the effects is done by a very fast shutter speed. The effect can also be replicated in After Effects. Using a clean shot with no cars and then adding the car lights. The gaps are always in the same position so you can mask only the gaps so they reveal the clean shot. You could fix the lack of glow of the gaps by adding a glow effect.