At 2,716.5 feet (828 meters), the Burj Khalifa in Dubai is the tallest building in the world, and this title has attracted a lot of attention, especially from drone pilots.

The temptation was strong for Johnny Schaer, also known as “Johnny FPV,” a professional drone racing pilot, to fly his one-pound quadcopter over the architectural marvel. The impressive one-minute video almost looks 3D rendered. It was captured in 4K with a GoPro HERO7 Black mounted on a custom-made drone. The video was probably stabilized in post-production with the popular ReelSteady plugin. Unlike regular consumer drone such as DJI aircraft, custom-built drones are not limited by any sort of geofencing or altitude restriction. However, authorities granted special permission to Johnny to conduct this flight.

Other people also flew over the famous landmark before, like the Team BlackSheep pilots.

Getting into racing and freestyle drones is not overly complicated nowadays, but the discipline requires a minimum of technical knowledge such as assembly, soldering, and basic understanding of electrical design. 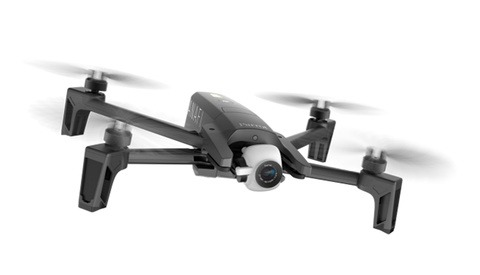 Why not one single no edit top to bottom straight down plummet? Even if there is more to it than that in the overall video..that is what I was somewhat expecting and would have found dramatic. But no..every time we are part of the way down..it spins and goes who knows where...then seems to just start over.

Yeah, would be nice. For the two last videos, the reason is related to radio reception, the pilot would loose connection if he dives further down.