Photographer Paul Colley spent 14 months creating an ingenious infrared lighting system in order to capture bats hunting at night without disturbing them. After winning first prize in the British Wildlife Photography Awards, he talked to Fstoppers to explain how he created this totally unique image.

Colley, a former top gun instructor who flew almost 40 combat missions in the Middle East, has a reputation for pushing himself to discover new techniques for photographing animals. In the UK, all bats are protected species, which means that by law you are not allowed to disrupt their natural behavior. Contrary to popular belief, bats are not blind and firing strobes as they hunt risks disturbing them.

For this project, Colley set himself the challenge of capturing the erratic movement of bats in flight, hunting prey, at night, without using visible light. Imagine the prospect of trying to photograph something the size of your thumb moving erratically at 40 miles per hour, that you cannot see or hear, never mind track, all without illuminating it. And you have to power all of this equipment is a 12-volt car battery perched on a tripod in a couple of feet of water as the bats' favorite prey hover just above the surface of a lake.

To achieve this, Colley spent more than a year developing a lighting rig and camera trap, drawing on his experience of photographing animals in difficult circumstances. Using his infrared-converted Nikon D750 (830 nanometers), he cast a pool of infrared light across the lake using a security floodlight. This created an “ambient” infrared light that gave the bats their flight trails. The bats would then be caught by a couple of infrared-converted strobes, their movement firing the flash as they crossed a laser beam that was bounced off a mirror into a receiver. 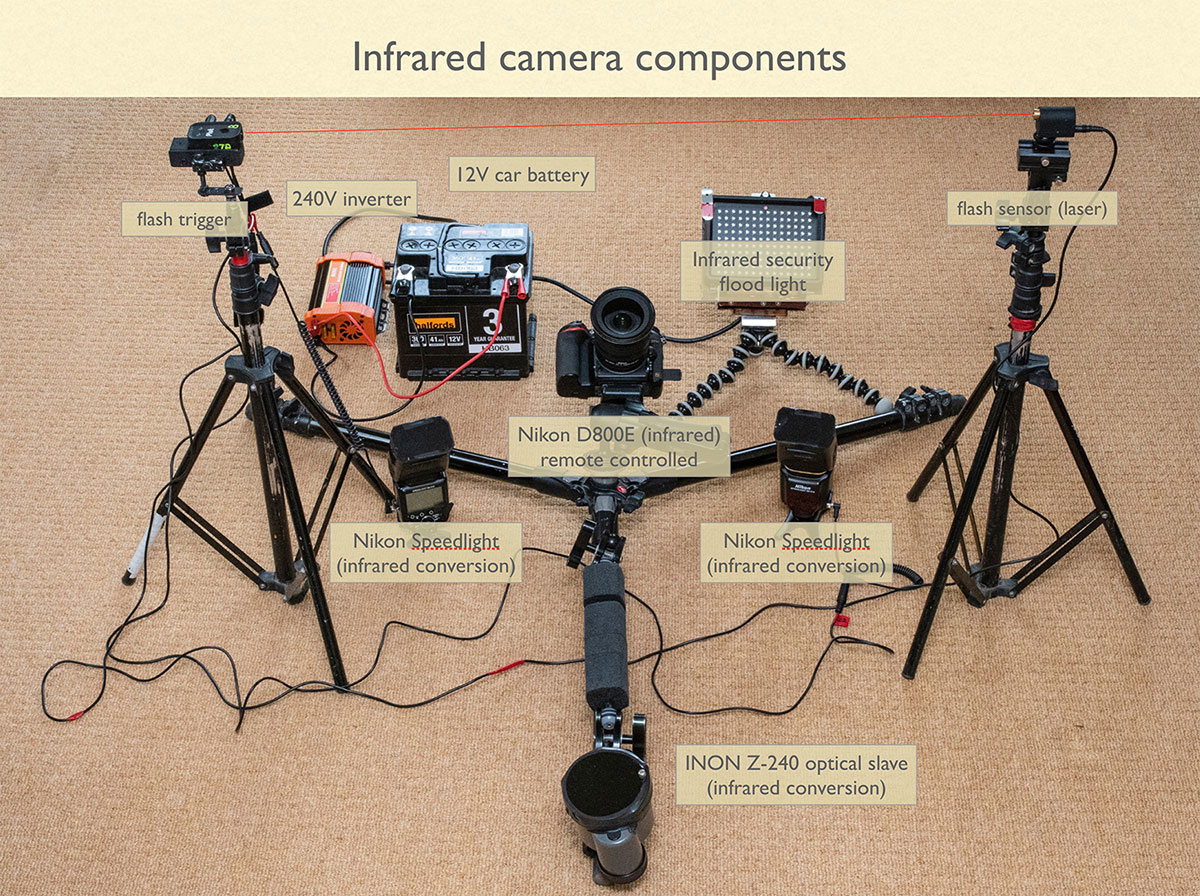 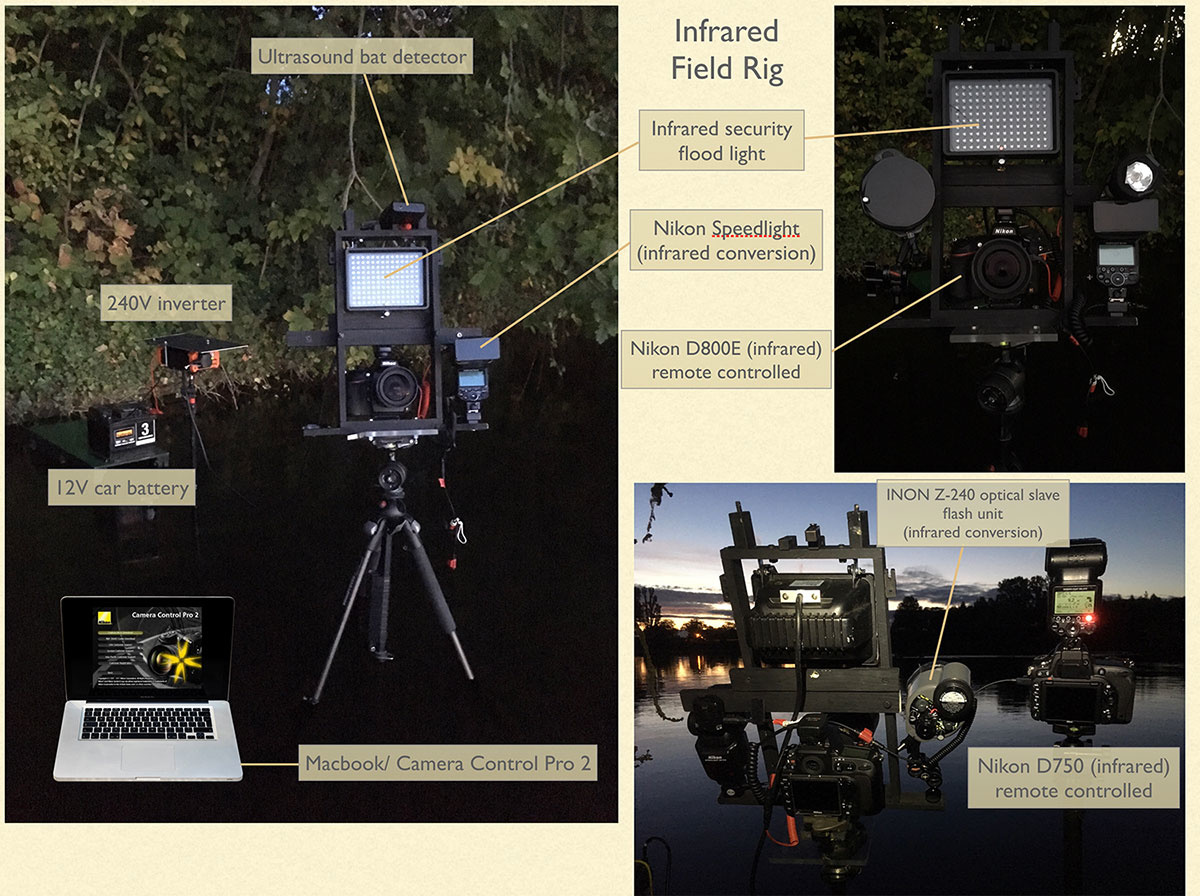 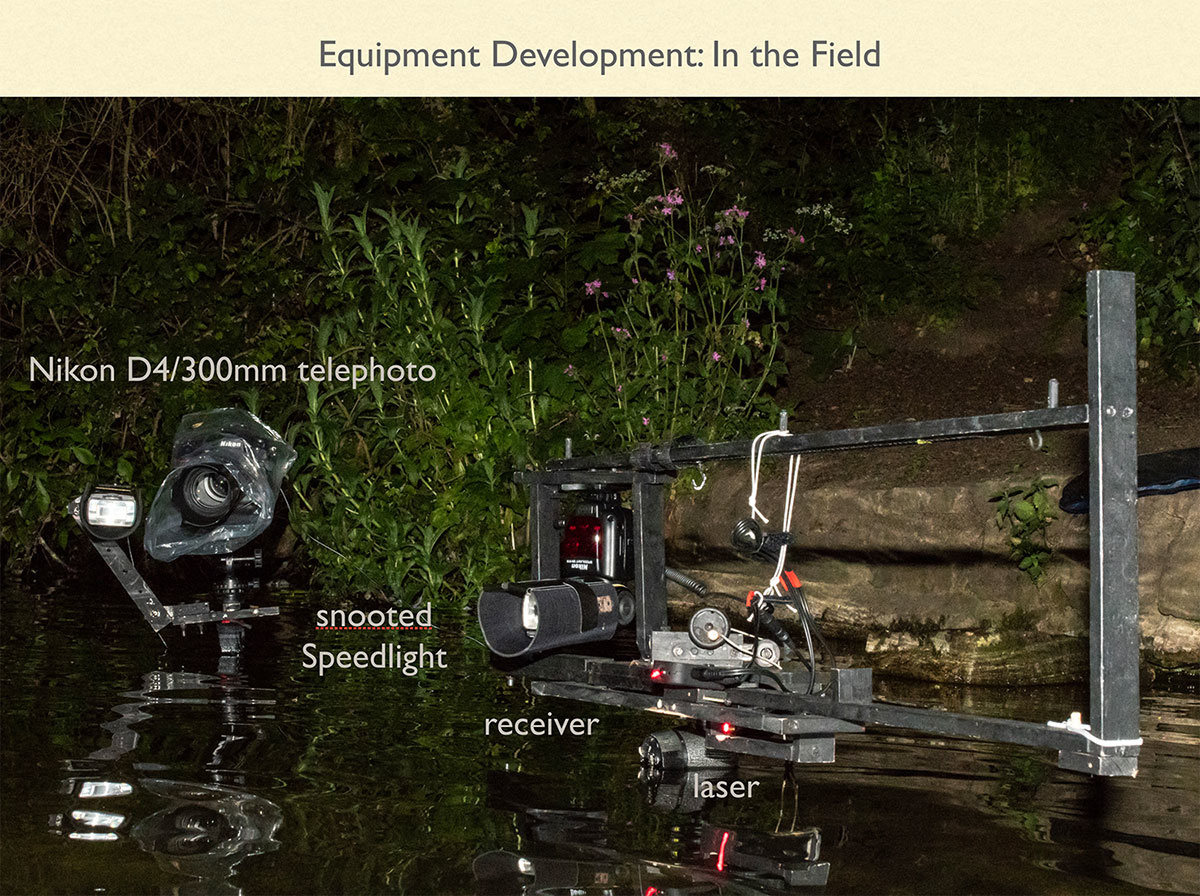 For many nights, Paul stood in waist-deep water, eventually discovering that his most effective technique was to listen to his ultrasound detector to know when the bats were close enough. At the right moment, he would open his shutter for four seconds, and then hope that a bat would fly through his Pluto laser trigger — and in the right direction.

After a huge amount of research and experimentation, Colley achieved an award-winning image, clinching first prize in the British Wildlife Photography Awards. His approach is a testament to that classic blend of technicality and creativity that requires a tremendous amount of tenacity and imagination. It was a process that was "littered with failure.” Colley explains: “There were many nights that produced no usable images. If you’re going to do something different and create something unique, you have to be prepared to fail."

Given that Colley was relying on the bat to capture the image, I asked him if he was concerned that PETA would be in touch to challenge his copyright on behalf of the bat whose selfie has won him his prize. Apparently, I’m not the first to make this joke. “The bats never touch the camera, so I should be ok,” he said, patiently.

To see more of Colley’s work, please visit his website. If you’re interested in the more technical aspects, be sure to check out his blog, which goes into extensive detail.

All images courtesy of Paul Colley.

Posted In:
Animal
Lighting
News
via:
The Guardian
13 Comments 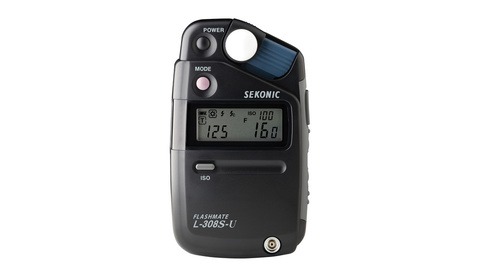 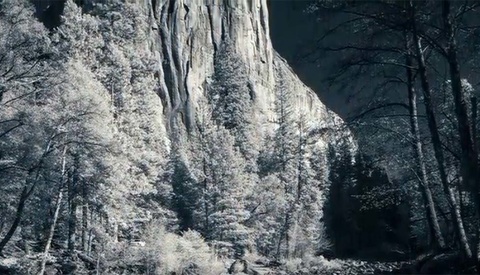 Education / December 2, 2021
Shoot and Edit Infrared Photos With Any Camera

I know. It's crazy. Talking to Mr Colley was an inspiration.

All joking aside, you are right : impressive work and dedication.

Incredible work-thanks for sharing that.

Well that is rather amazing! Well done.

Just when you thought that all has been done in photography already...
Impressive!

This is some real wildlife photography. Thinking like a field biologist while capturing really evocative imagery. Inspirational.

Thank you all for your kind comments. Good to know that the work behind this is appreciated by fellow photographers.

After checking your website, I don't feel as a fellow photographer, but a little kid who just got his first camera. Anyway, great work ! Thank you also for sharing the "behind the scenes" details. Two numbers : 6500 images, 5800 failures. That's inspirative !

Build a crazy custom IR flash setup...put it into a lake. That would have made me levels of nervous that I've never been in my life.