One photographer has begun capturing the moment that rats and mice born inside laboratories and used for testing are released to the outside world.

For these rodents, life has only ever consisted of being kept in dark cells, removed only to have a substance injected into them or spread across their fur. Photographer Rachele Totaro has been working closely with La Collina dei Conigli, an Italian charity who have recently saved mice and rats from labs. Although some of the rodents suffer fatal injuries, laws in Italy permit healthy animals – or those considered ‘salvageable’ – to be released to charities or individuals who wish to care for them. Totaro explains:

Every year in Italy, hundreds of thousands of animals die in laboratories. Some are used for lethal tests, but most could be saved; many are used for experiments from which they could easily recover and restart normal life; others are not actually used in test, but are kept in laboratories as a surplus of safety or control, and once the experiment has ended they become “a useless expense” for labs. 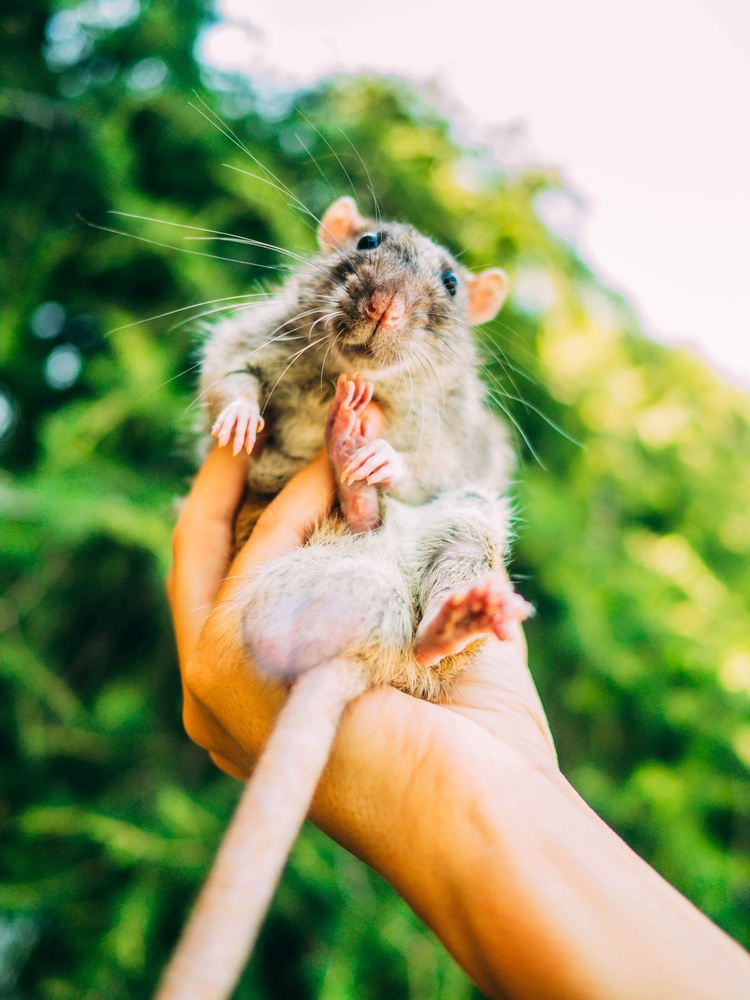 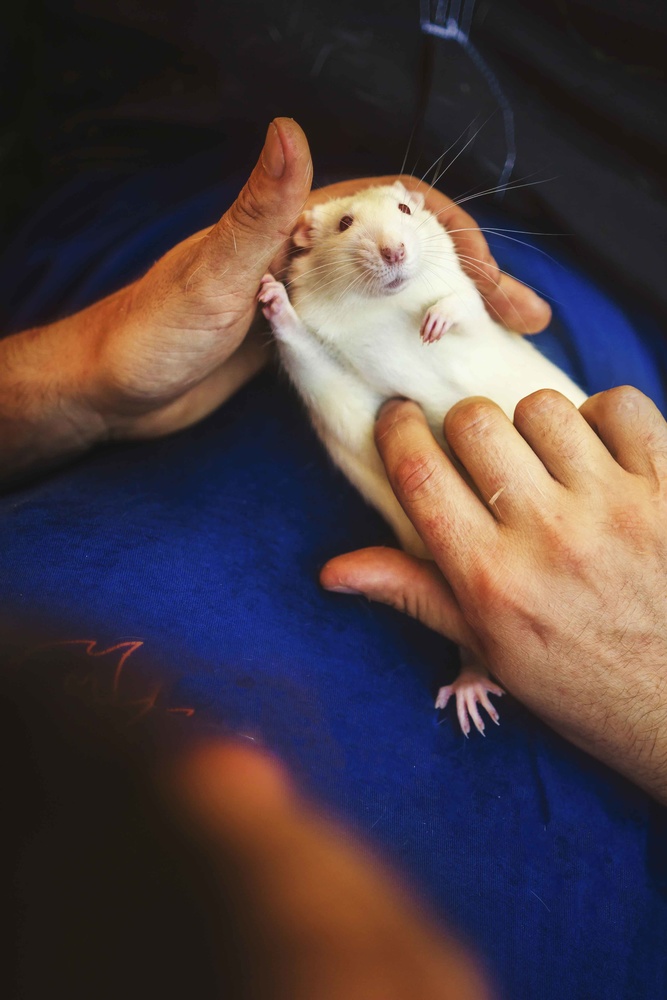 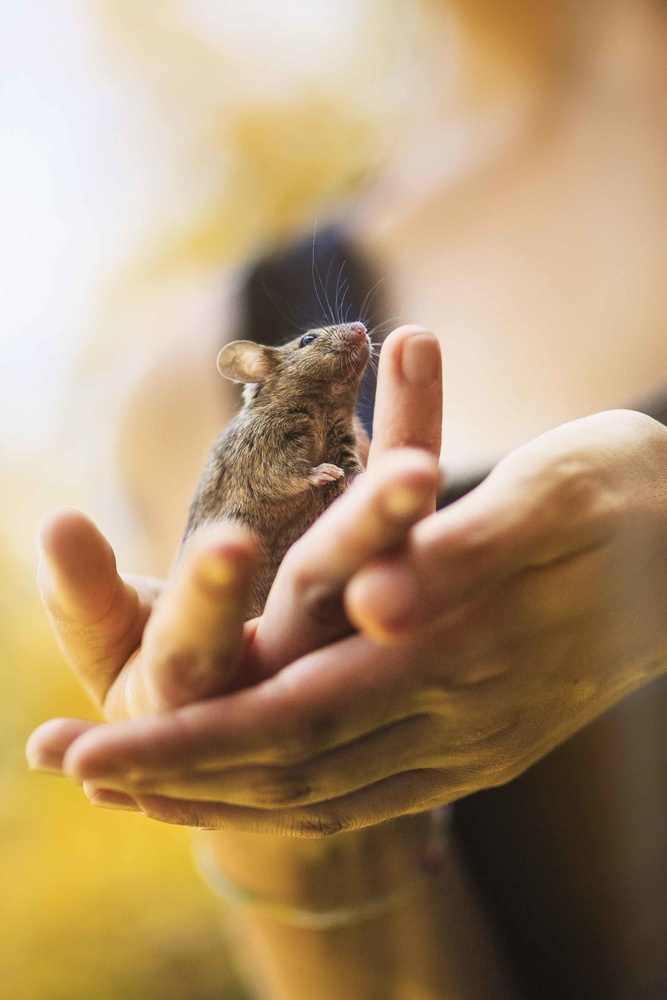 And now Totaro has been capturing the moment some of the rats and mice first see sunlight. She enjoys the critters “curiosity for a brand new world to discover [and] how deeply they enjoy their first moments of freedom.” She says each of the animals reacted differently when taken outdoors, which only demonstrates that they aren’t “mere numbers,” but rather they are individuals with attitudes and personalities.

All images used with permission of Rachele Totaro. View more of her work here.

Sure why not? How many photos of women in bathing suits and laying around on beds do we need? Ever notice most of the featured photos have a high percentage of these types of photos? I'm not against those types of photos but I like seeing all different kinds of photos.

You can have it both ways... 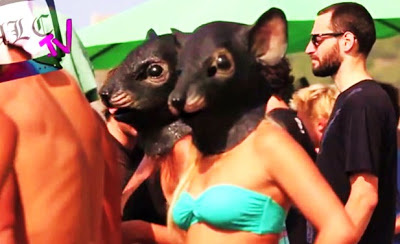 I'm not saying that I don't enjoy nice photography of beautiful women, however it seems like half of all the featured photos are of women. Very little sports photography gets featured. Just some product and abstract. Just saying that Fstoppers needs to mix up the feature photos more. Not only the subjects but also the styles. Most of the photos have a fair to heavy post processing look to them.

You can see the passion of Rachele for these animals in these very nice photos. Also the story behind these photos is quite heartwarming.
However there is one problem with taking animals that were born and raised in laboratories outside:
Since these animals were raised in nearly sterile conditions, they are not developing a sufficient immune system. Therefore it is very likely for these animals to get a fatal infection once they are exposed to bacteria and viruses outside.

And that's why I couldn't have been a pharmaceutical researcher. I really cannot stand harming animals.

I have to question the wisdom and/or legality of doing so. But first off, the article doesn't give enough details on the release program, so my comments are generic. Lab animals may have undergone any number of studies and may have been genetically altered by knocking in (or out) genes. It would be unethical (and possibly illegal) to release these animals into the wild and risk contaminating the gene pool of the species. A very bad idea. More benign is releasing animals that have not been adapted to their new environment, and who would be at risk of disease and predation.

I don't think they are releasing them into the wild. This statement leads me to believe they become pets "laws in Italy permit healthy animals – or those considered ‘salvageable’ – to be released to charities or individuals who wish to care for them." There are people who keep domestic mice and rats as pets. We've had some domestic rodents come through the humane society. They are kept indoors. All the images here show the rats being held. So maybe they take them outside for fresh air and sunlight, but hold them so they don't escape. If they are released, they wouldn't know how to forage for food or protect themselves from predators, much like others have pointed out in these comments. I'd have to read more about the program, but that's my guess from this article, the images, and what I've seen volunteering at the humane society.

Thanks for clearing that up. The photos didn't look like they were being released into the wild. Perhaps they should have used a different word than "released". From the rat or mouse's point of view, they haven't been released but moved from one enclosure to another, admittedly better, enclosure.

Hey, thank you for so cute photos! Mice are really very cute. But do not forget that they can also be pests. I myself recently encountered the fact that rats were bred at home and I had to find a solution on how to get rid of them. I'm not a fan of killing animals. I had to stop at the rat poison from here: https://bestratsolution.com/best-rat-poison-available/ , which does not kill, but only powders. It helped me. But I would not breed especially rats and mice and would not let them out later.