Few people have had the chance to look a wild orca in the eye underwater, and even fewer have had the opportunity to document an orca hunting on video. While there is not much that can prepare someone for a face-to-face encounter with an orca below the surface, no one is better suited for such an event than Underwater Photographer and Pelagic Fleet CEO Jorge Cervera Hauser.

Hauser had been diving with some intimidating but beautiful creatures such as great white sharks, saltwater crocodiles, and even green anacondas; however, orcas had eluded him. “I’ve been obsessed with orcas for more than seven years now,” says Hauser, “and I always seem to miss them.” But, finally Hauser got his wish. 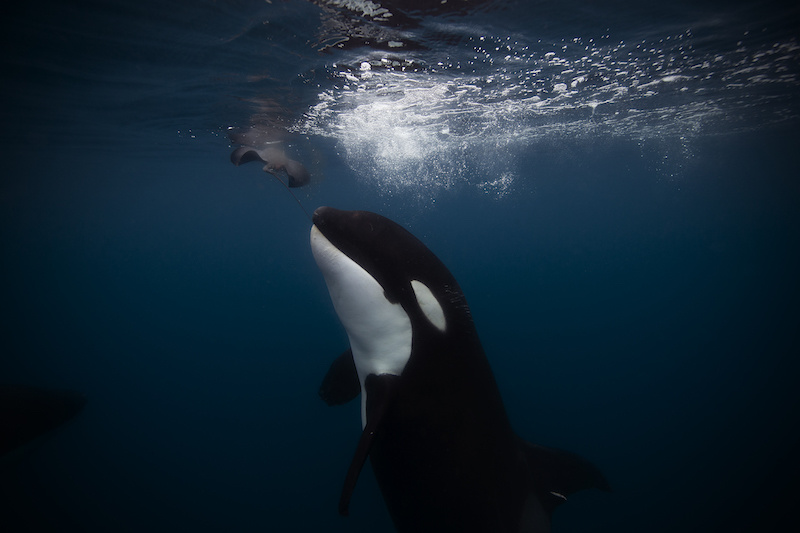 An orca investigates a stingray at the surface. (Copyright 2018 | Jorge Cervera Hauser | www.fishsaycheese.com)

The encounter came about serendipitously when plans to head out into the Pacific Ocean to scuba dive at the largest marine protected area in North America, the Revillagigedo Archipelago, were disrupted by a hurricane. Rarely getting out of the office, Hauser was determined to get himself and guests into the water. After hearing that a pod of orcas were in the region, the Solmar V liveaboard began to make its way north into the Sea of Cortez.

Having hired a plane to help spot the pod, an hour into looking for them, the orcas appeared moving south along the eastern coast of the Baja peninsula. At first, the orcas simply swam by, but eventually, they slowed down once they found a ray at the surface. Shooting mostly stills, Hauser switched to video at the perfect moment, just in time to capture an orca using its tail to stun a stingray at the surface. Amazingly, the pod did not eat the stingray, but rather appeared to be practicing or playing with the unfortunate creature. 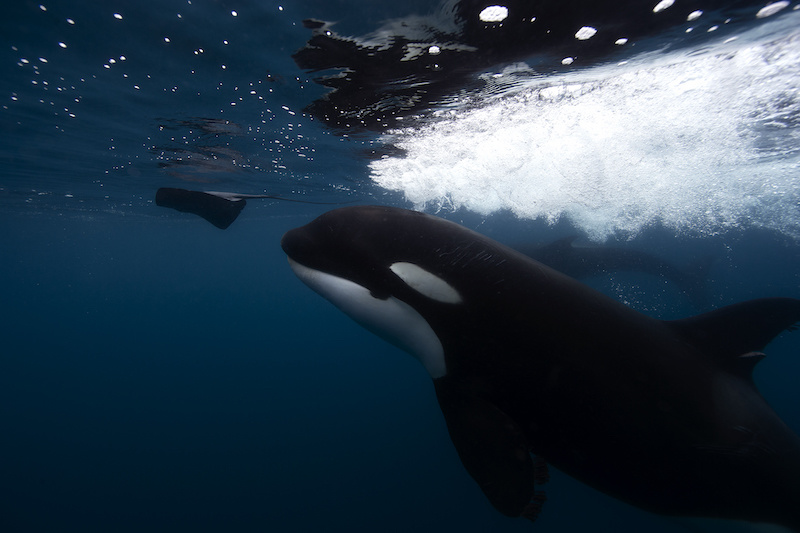 A pod of orcas stun, kill, but do not eat a stingray in front of divers. (Copyright 2018 | Jorge Cervera Hauser | www.fishsaycheese.com)

Orcas are known to first play with their prey, but strangely, they did not eat the stingray and continued on their way into the blue. Hauser thought it was possible the orcas were putting on a show for the divers, but David Bain of the Orca Conservancy suggested it was some sort of threat display.

Regardless of the reason for their behavior, having witnessed it myself, I can tell you it was the most humbling experience of my life. What do you think? Would you get into the water and photograph hunting orcas?

Images and video used with permission from Jorge Cervera Hauser.

Possibly orcas know that stingrays are a threat?