Shooting cityscapes is something many people never get tired of. The urban jungle is an ever-changing landscape that never ceases to amaze many people with its often grandiose theme and bright, distinct, and often colorful details.

If you are someone who is just about to get into this kind of photography, or someone who has been having trouble photographing urban vistas, here are some simple and quick tips that might help you take better photos.

1. Shoot at the Right Time 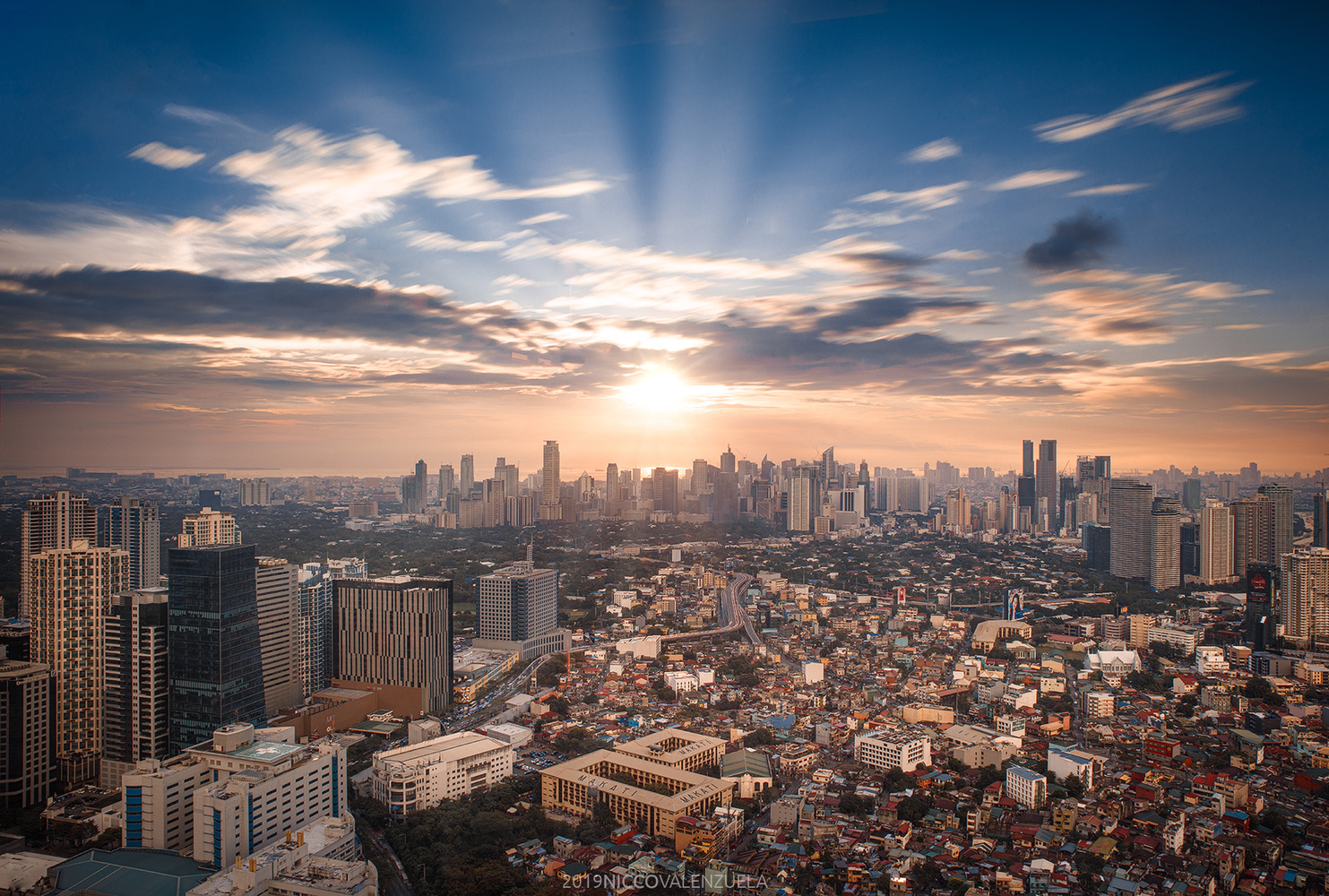 This tip is definitely a photography cliche but it still holds true in almost every genre of photography. Shooting at the right time is essential in landscape photography, and even more in shooting cityscapes. Not just because certain times of the day give character and mood to a landscape photograph but also because (and this is equally important) the bright city lights make your window for shooting balanced exposures much shorter than natural landscapes because they can often overpower the sky and box it out of your effective dynamic range. 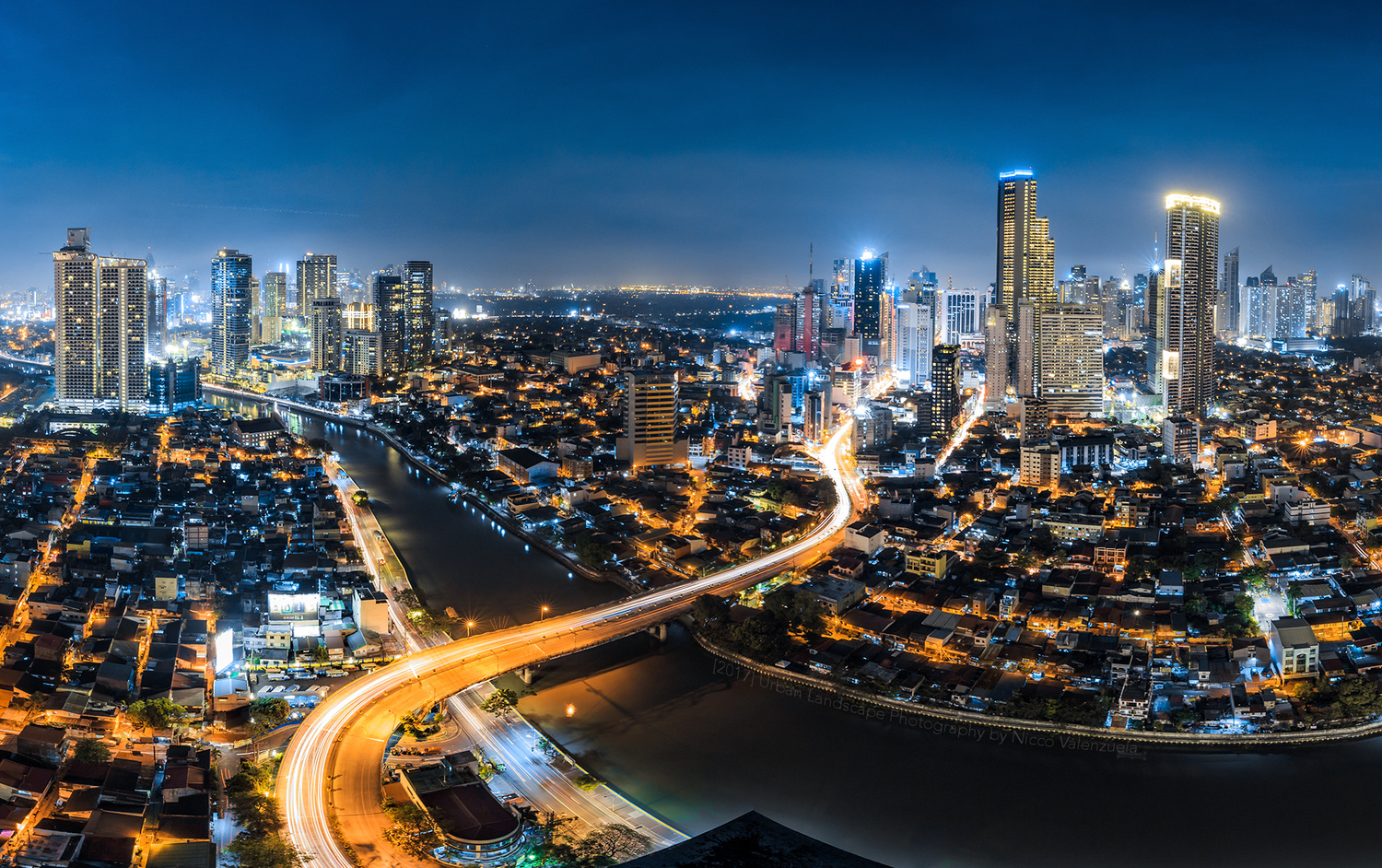 Finding a good location, arriving before the golden hour, and figuring out your composition(s) lets you pre-conceive your shots properly so you don’t miss out on your shooting window.

2. Make Use of Space Wisely 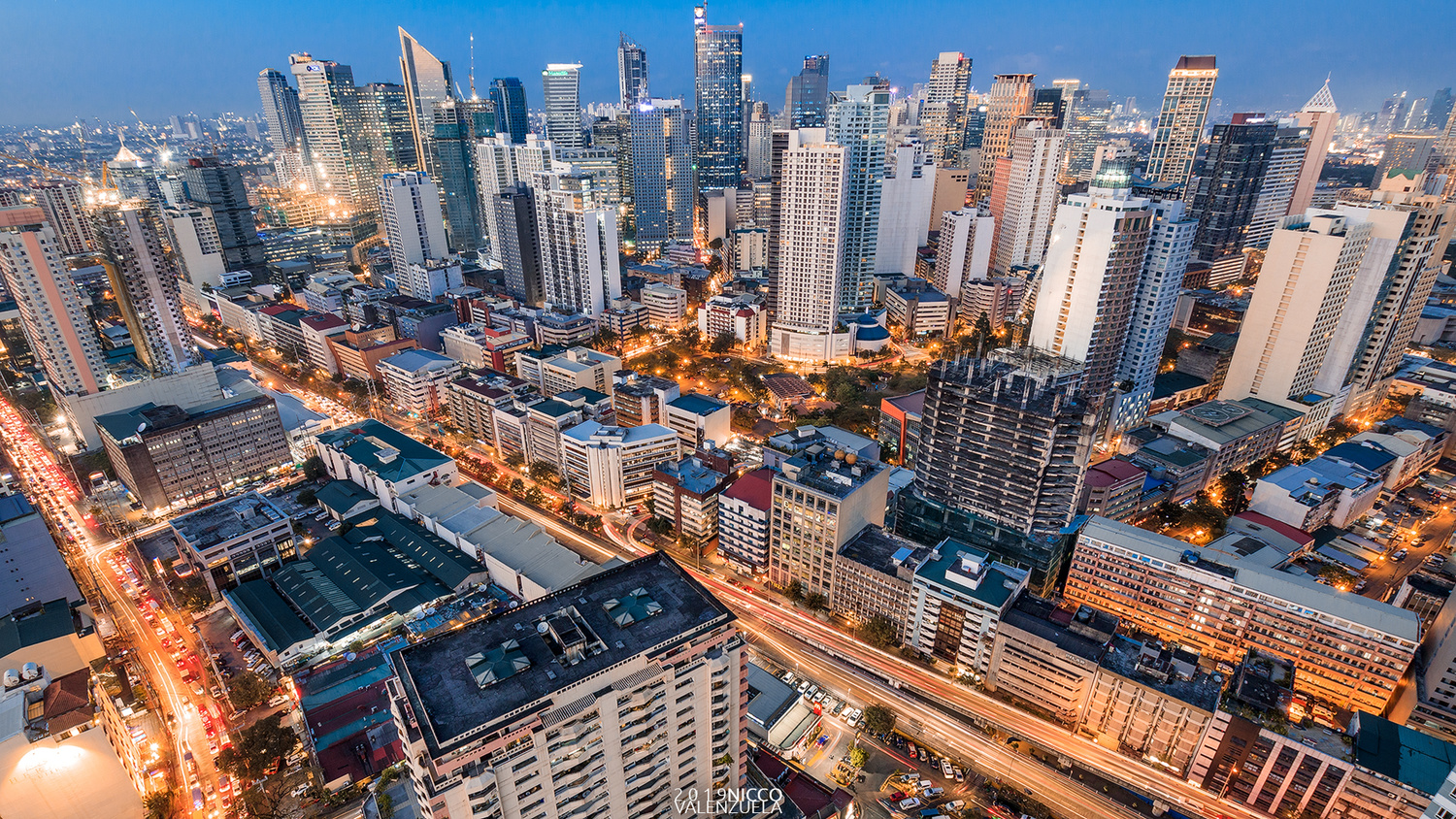 Photographing cityscapes is a game of illustrating grandeur, making use of patterns, and showing unique perspectives. You may want to take advantage of angles that show the density of structures in a certain city by filling your frame with buildings and leaving little room for empty skies or other non essential spaces. 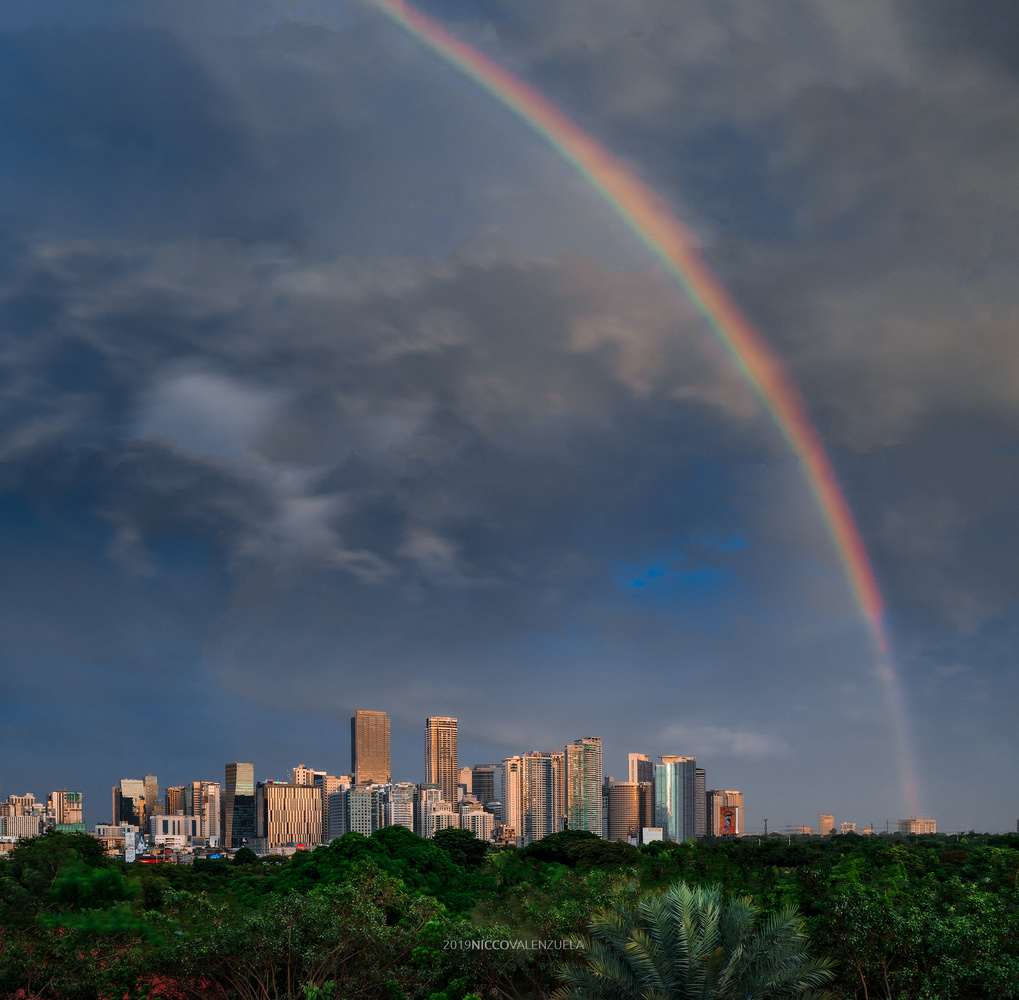 On the other hand, making use of negative space can help you illustrate boundaries of the city and consequently show it’s size and location in relation to neighboring areas and/or geographic structures. Having some dynamic elements like a fiery sunset in the sky or crashing waves in the foreground most often adds aesthetic value to the photograph.

3.  Illustrate the Contrast of Natural and Man-Made Structures 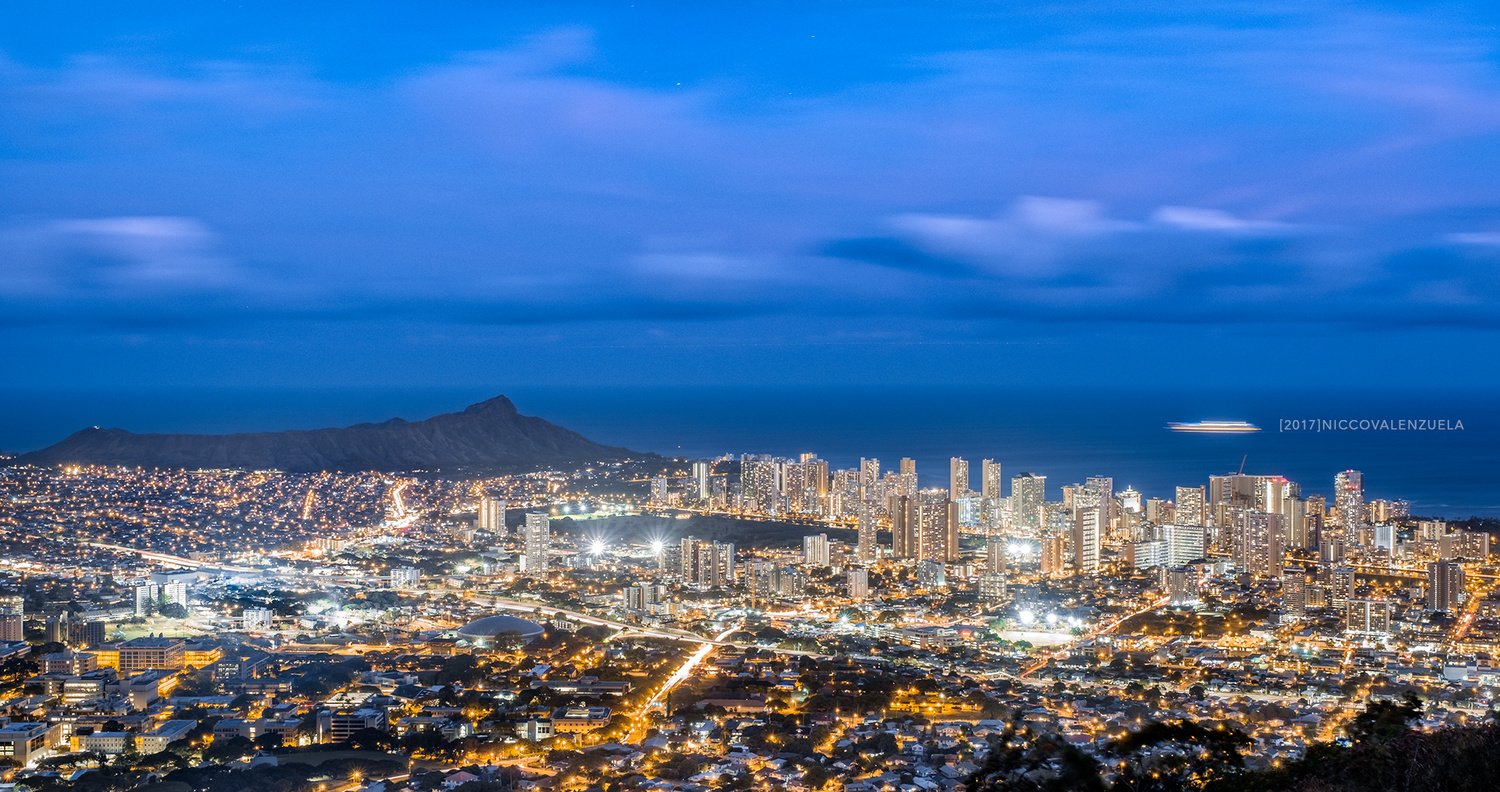 No city ever emerged out of nothing. Of course, before urbanization happened, the areas where every megalopolis sit were mountains, fields or plains. Most iconic cities are those that preserved their geographical wonders amid development of massive infrastructure. If you are shooting a location with such features, it would be great to find a vantage point that illustrates the contrast between the natural body of land or water against the bright and busy cityscape.

4. Shoot Long Exposures to Illustrate the Fast Paced Life of the City 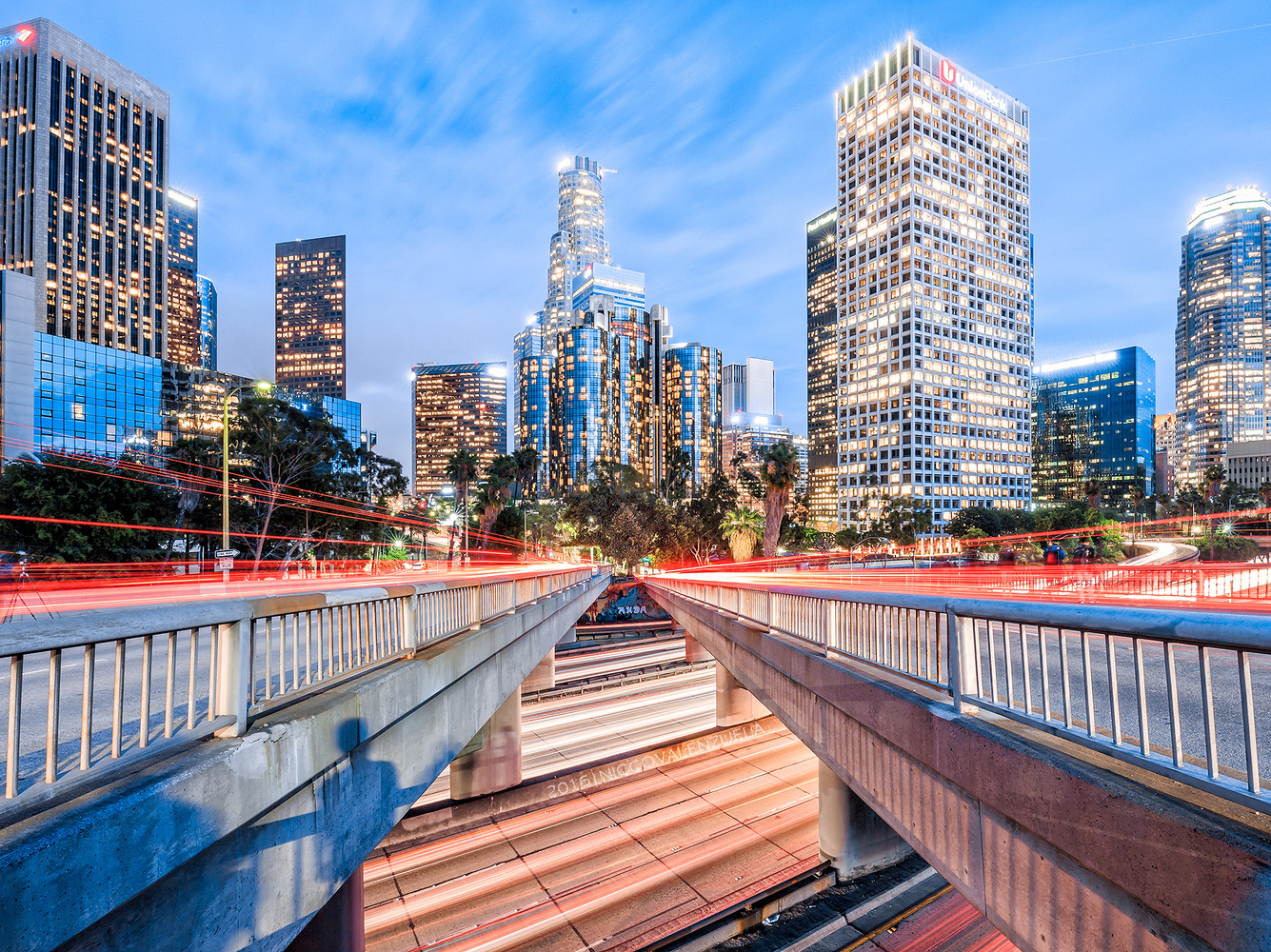 Long exposure techniques are very commonly used in cityscape photography mostly because cityscapes often look best at night where there is much less ambient light but another reason for using taking long exposures is to create trails of light. Light trails made mostly by motor vehicles are often attractive for the patterns they create and for the simple reason that they are bright. Aside from that, light trails often symbolize the fast paced life of people in cities. The long exposure allows for cars to create trails that trace busy paths. With the right angle and perspective, they contribute to the overall visual design by acting as visual paths that guide the viewer’s eyes across the frame.

Cityscape photos, much like the places that they illustrate, are often very busy scenes. These images are often filled with so much detail that contribute to the grandiosity of the photograph. In addition to all that detail, the bright busy city often glows with so many different colors coming from different kinds of light sources reflecting on different kinds of surfaces. Having too many colors in one scene can often take away the focus from the grand subject and become a distraction that inevitably ruins the visual design. Like a guitar that's out-of-tune, the various tones in a photograph can often clash and ruin the shot entirely. It is important to manage your colors in post processing especially when the combination of colors become too overwhelming. 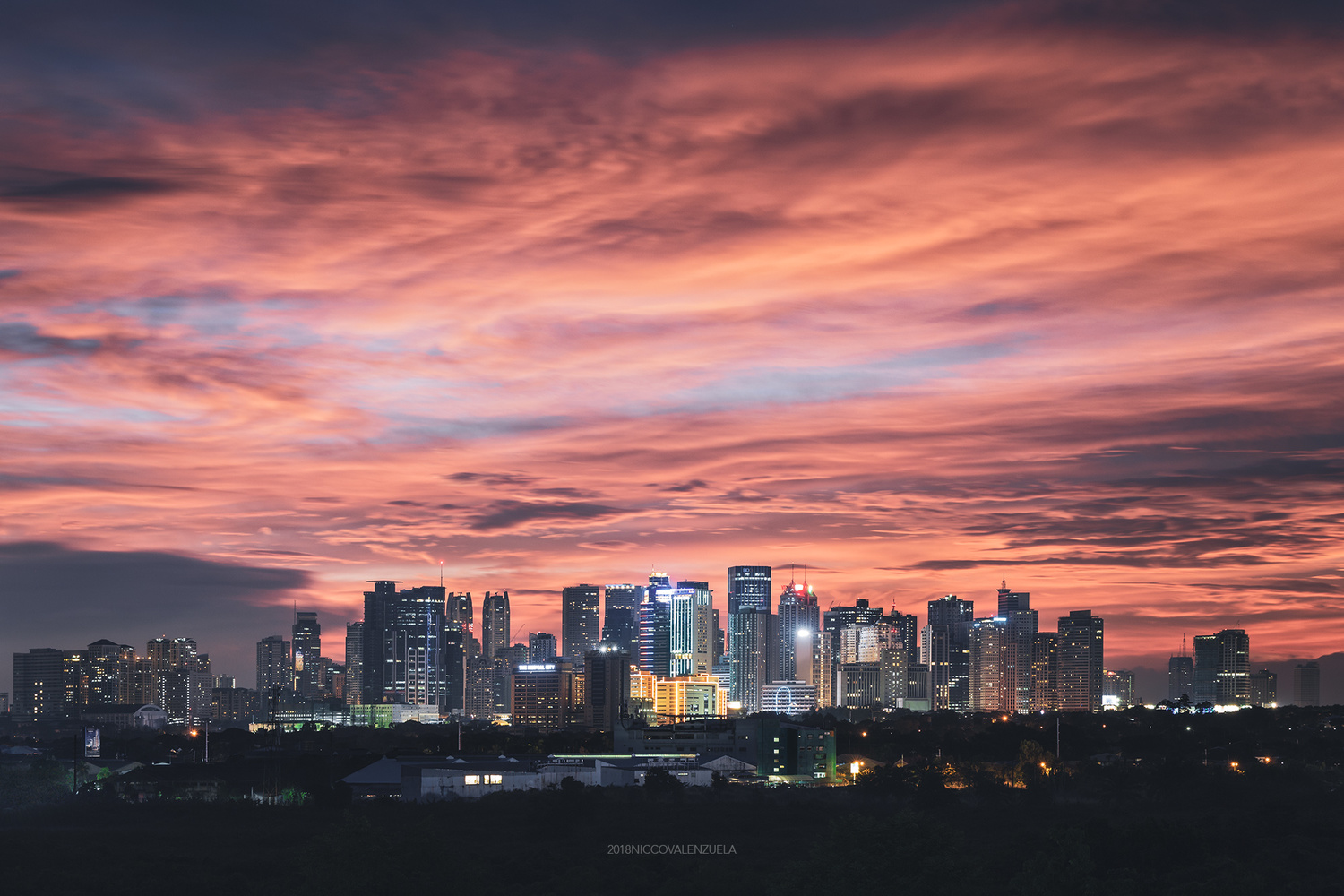 It is important to note that most cameras, when shooting the blue sky adjacent to warm light sources (city lights or the setting sun), tend to misinterpret the blue hue as purple. Purple can be a naturally occurring tone, of course during the golden hour but it is not uncommon for the camera to render purple a bit in excess of what looks natural. A little management of the hues in post processing can go a long way in making your Urban Landscape photographs much more coherent in composition.

No.6 Take a gun with you. If you don't have one, take a friend who does. Better yet get the cops to come with. Remember you're shooting the city. With expensive gear. Sometimes at night.

You are definetly visiting the wrong cities....

I live in the Philippines, a country that's been in the news way too much for drug wars and killings. Most of the photos on this were taken here. So it seems that if I can find safe places to shoot here, you can probably find more in most other countries.

Nice work if you can get it. I don't live in a city where I can go up high and shoot an urban landscape. But good advice.