Is This Photo Fair Marketing Or A Cheap Trick?

In a quaint suburban neighborhood south of Sydney, Australia stands a three bedroom brick home that looks like any other at first glance. It is sharp and modern. The image is bright and vibrant and definitely eye catching. At a quick first look, it is a pretty standard image of the facade of a home. The detail that isn't featured in this image is what has the entire real estate industry buzzing. A simple Google search of the home brings up a much different representation of the property. Which begs the immediate question; how far is 'too far' when using photo editing software to edit real estate imagery?

Studying the Google Street View images, one can make out a giant cement water tower in the background. The water tower stands obtrusively close to the home; a stark grey object along the skyline. To take an photograph of the home sans this structure would be at best 'very difficult', and more-likely impossible.

National property brand, Ray White, is the name behind the sale. They adamantly claim the images are an accurate and fair representation of the home. "The photos in question were not taken by a Ray White contracted photographer, but were instead supplied by the owner from a previous marketing campaign with another agent" claims the Ray White spokesperson. "It would appear from our own investigation that the photos have not been photoshopped, and are simply taken from an angle from which the house obscures the water tank," 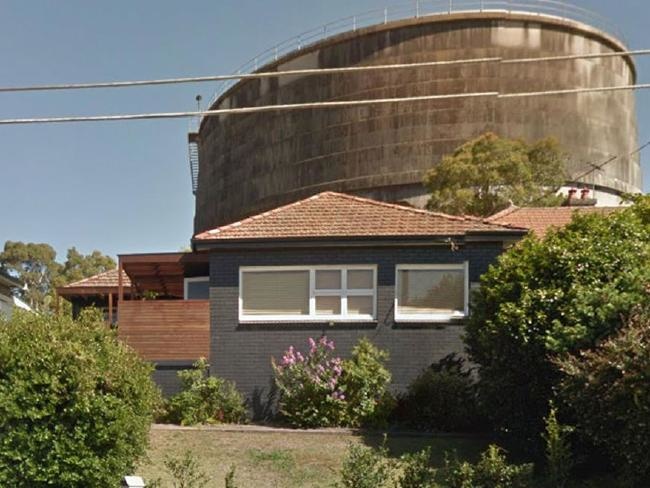 According to Breach Consumer Law, if these images were proven to be digitally altered they could bring a fine of up to $22,000 via the NSW Office of Fair Trading. According to Neville Sanders, president of the Real Estate Institute of Australia, this type of behavior falls under consumer law. "A product cannot be inappropriately misrepresented in advertising material". Neville goes on to say "Whilst it may appear that a wide angle lens has been used as well as a particular angle, does it truthfully show what the general public would see if they turned up out front?"

The dichotomy of the situation can be boiled down to the ethics and legality of digitally altering an image for advertising. Is it right, or fair, is it legal to omit or include details that may influence the sale of a property? The fact is, anyone that has meddled in Photoshop can immediately tell you the image is altered. The awkward lines of perspective, the magic power lines fading into nothing, and the blurred right side of the roof all indicate artifacts and evidence of Ps.

As the buzz around this situation grows in the industry, it is entirely possible that there will be negative ramifications regarding the specifics of digitally altering images for advertising. "[This situation] promotes a bad look for the industry as a whole" says Sanders. "You're going to put off buyers from the very first impression, buyers who might have been ok with a watertank." This suggests that changing an image in the slightest, even with in the allowable parameters, does more harm that good in the long run. However, in the real estate industry, the images serve only as a first impression and arguably anything in the background of the image that enhances the home is fair game. 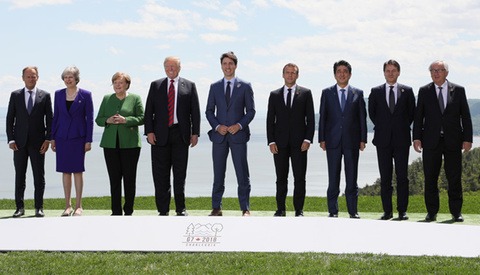 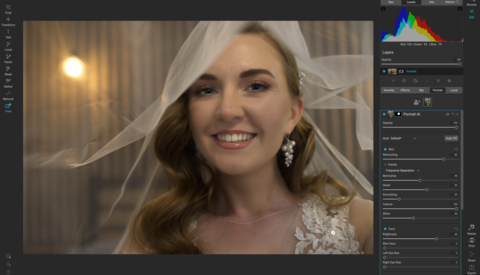 It has obviously been edited, look at the hanging in mid air wires on the right side. But on the other hand, who buys a house without going out to look at it?

It may not have been Photoshopped. Have a look at the last photo in this article. You can still see the shadow of the tank but the tank has been hidden by shooting so low that the house has hidden the tank:

The shot may have been yaken with the camera nearly on the ground. As photographers we all use angles to hide distracting backgrounds. So if the shot was not photoshopped, is the shot still 'wrong'?

Yes, a wiiide lens on the ground, close to the house. Yo don't even see any of the roof from this angle

1- Cloud reflections in the windows being cloudy and grey.
2- Power lines disappearing into nothing mid air on the right and left sides of the frame.

I also wonder ... did the property owner have the rights to the image to allow the new agency touse the image?

"They adamantly claim the images are an accurate and fair representation of the home. "The photos in question were not taken by a Ray White contracted photographer, but were instead supplied by the owner from a previous marketing campaign with another agent""

Well if I went to look at the house I'd be annoyed because my time had been wasted. I'd likely drop my agent if they hadn't previewed the house to see if it passed muster.
Fascinating that NSW has a law against inappropriate misrepresentation in advertising. Seems a bloody good idea.

It shouldn't surprise anyone that NSW has a law for everything. I worked at the Infringement Processing Bureau in Maitland, and as an American, was surprised just about every day by some of the things folks got done for. Then again, we logged into Eaglenet(?), which was part of the police computer system, yet were clearly a branch of the ATO.

Bright blue skies but the sky reflection is pretty grey.....
The bushes on the right sight look pretty shitty to. Bad lens???? ;)

Hardly seems to matter. Do people in Australia buy houses without actually going to see them in person first? (If that answer is yes... that's a pretty stupid thing to do.)

Maybe, but it's hardly a federal case. As someone who has been shopping for a house I can tell you that 100% of them are misrepresented in some way in photos. Just because this one is particularly ridiculous still doesn't make it much different than the other two dozen houses I've seen lately that had any number of issues that weren't photographed but were obstacles to my wanting to buy it. Water tower out back, leak in the attic, wrong color... time wasted all the same. That's the game. C'est la vie.

All I can think of is The Castle.

Am I the only one who is thinking the water pressure in this home's shower has to be unbelievable?

Look at the sky between the bush and the eave on the RH side of the image. Boom.

I think this is more of a good example of the correct Angle when shooting tricky subjects.... I think they should also have angles showing the tower, but future home owners should always check out the house before purchasing!

Thanks good for google maps!

Wether it is photoshopped away or not is almost secondary, I think that it will piss of clients so badly when they arrive it will only raise the question that if you are lying about this, what more are you lying about. Also as far as I can see there are so many other angles that you can shoot from where you would not "hide" the tank but simply make it less towering as it does in the google map image. And as other has said before does anyone know anybody who buys a house only from the pictures.
When you shoot real estate you are only there to get as many clients to view the house and to get the appetite up and going so the bidding can start of and more clients equals more bidding.
Poor decision, poor photography, poor judgement.

As someone who had been looking at real estate for about 2-3 years before I finally bought in Australia I can tell you that nothing is as good as it looks in the image. Wide angle lenses completely mis-represent the size and feel of a room. Every sky gets replaced unless it is amazing to begin with. But how is this different to any other advertising? Only a fool would trust the advert. More shockingly I went to places where I would ask the real estate agent what the asking price is for a certain house. He told me about $430,000. The reserve price was $560,000. That is far less ethical in my opinion.

On that last point: they're bringing in penalties for agents who underquote to prospective buyers. e.g. http://www.fairtrading.nsw.gov.au/ftw/About_us/Legislation/Changes_to_le...

I spoke to a friend of mine who at the time was in real estate. He said missing the mark by anything more than 10% was illegal and I could take further action if I wanted. Really didn't seem to be worth it for me but it would be good if others didn't have to suffer through the same dishonesty.

This is akin to trying to sell a car that's been sideswiped by only photographing the good side...

Without a doubt it's been edited... it must've been shot on and overcast day, given there are no hard shadows, and like other users have said, you can see the overcast sky in the window reflections. But this is pretty standard in the real estate world, most images have dropped in skies... and ultimately it's just showing a product at it's best; which is our job as commercial photographers. That said it certainly could've been done better here, given the obvious flaws in photoshop work0. The ultimate goal is to attract buyers at first glance so... well done I'd say

Australian real estate photography is notorious for this kind of material misrepresentation despite fines being levied for it. But the Australian market has been so hot for so many years that it's probably close to impossible for the authorities (whoever they are) to keep up.

Its all about right angle :) 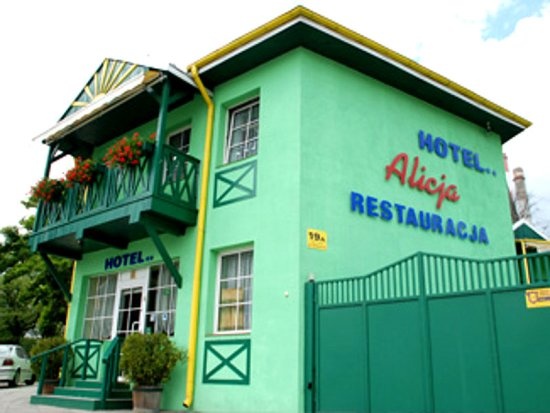 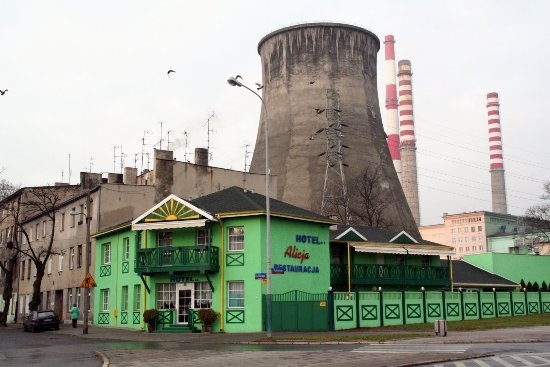 If you are mislead in a photograph such as this photograph in Australia, you would have a legal avenue to pursue in court, no doubt. It would be like showing a photograph of a great house without the airport that happens to be next door.

The realities of house hunting...

The whole point to me is that it's (intentionally) misleading and that's enough reason that it's not okay. If it was an image commissioned by the architect / construction company so they could showcase their work for their portfolio, it'd be totally fine in my book. But it's absolutely false advertising, whether the tank has been photoshopped out or it's just shot from a low enough angle.

Pathetically dishonest... shame on those involved. These realtors and all involved should be publicly shamed by all means possible. They should also loose their license to sell property.

That does look a bit unscrupulously misleading, to me. I used to be the graphic designer at a real estate auction company, and we did do SOME work on photos to make the house look it's best - cloning out dead fallen leaves, boosting the sky color slightly, removing spots from mirrors, patching bare spots where the new grass hadn't grown in yet, and once duplicating an outside light where one of the pair had a dead bulb - but nothing THAT major!