One cold night a few weeks ago, photographer Matthew Vandeputte set a time-lapse running and went to bed for the night. In the morning, he discovered that his sequence had captured an incredible meteor crashing into the Earth’s atmosphere, creating a stunning trail and leaving a spectacular puff of smoke. If only we could all shoot images like this while unconscious.

As detailed on his blog, Vandeputte was traveling through Utah with the intention of shooting a load of astrophotography time-lapses. At 1 AM, he set his camera to take an eight-second photograph every nine seconds and went to bed, waking four hours later in order to retrieve his gear. After a few more hours of sleep, he reviewed his images and found a remarkable result.

As well as a fascinating natural phenomenon, for me, it’s a reminder that photographers make their own luck. I remember reading about a photographer a few years ago who had managed to capture some unlikely combination of shooting stars and aurora, explaining that he got lucky. My reaction was that it’s not luck if you’re camping out in sub-zero temperatures and pointing your camera at the night sky — it’s hard work, even if you're fast asleep. To paraphrase that much-quoted aphorism frequently misattributed to Thomas Jefferson: the harder you work, the luckier you get. 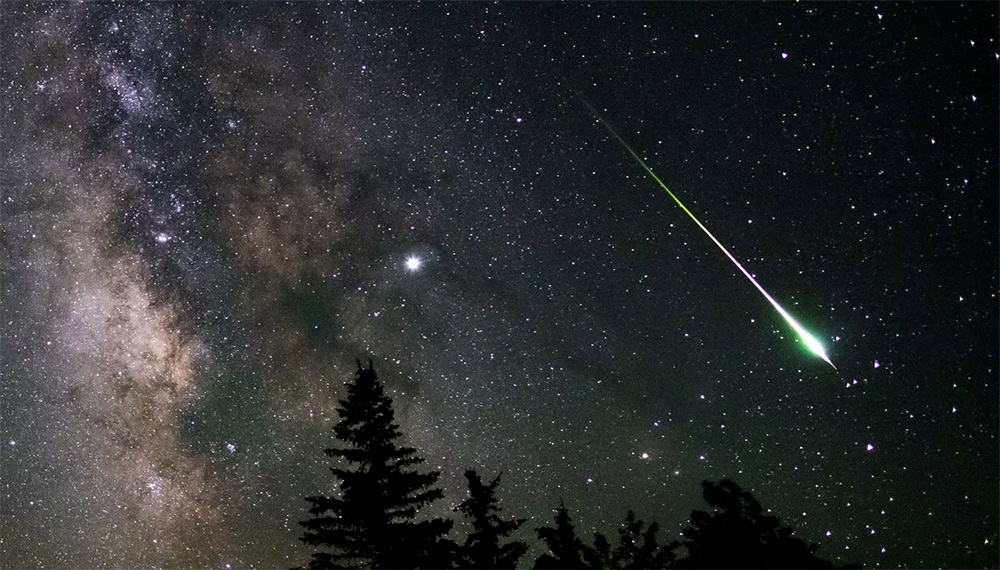 Vandeputte kindly details a lot of his gear and methodology on his website, so if you want to try and replicate this footage of a bolide as it plows into the earth’s atmosphere, be sure to check it out. If you have any questions or thoughts on how this was captured, leave a comment below.

Awesome stuff that, the whole video was great.

There was another of those "tiny flashes" near the top left at 2:19 - 2:20. Maybe a sensor thing? or a shooting star aimed directly at camera?
Awesome seeing stuff like this on camera

I wonder if those flashes might be a satellite turning and glinting a reflect of sunlight?

Good to know, thanks!

Really love these kinds of articles compared to "12 Ways to Supercharge Your Instagram Feed!"

While it's more of a "puff" than a "Stunning Meteor Explosion", it's certainly still fascinating to view.